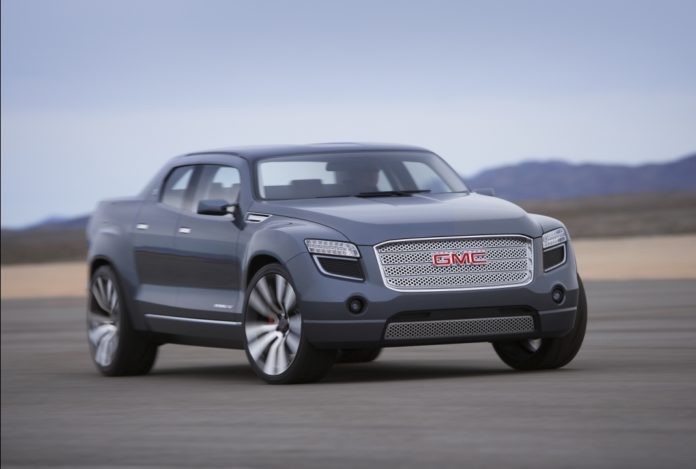 The GMC Denali XT concept was however conceived, designed and built in Australia, which is the spiritual home of the Ute, with Holden and Ford Australia both offering Ute versions of their respective Commodore and Falcon models – including high performance Holden HSV and Ford SVT saloon based pick-up coupes. 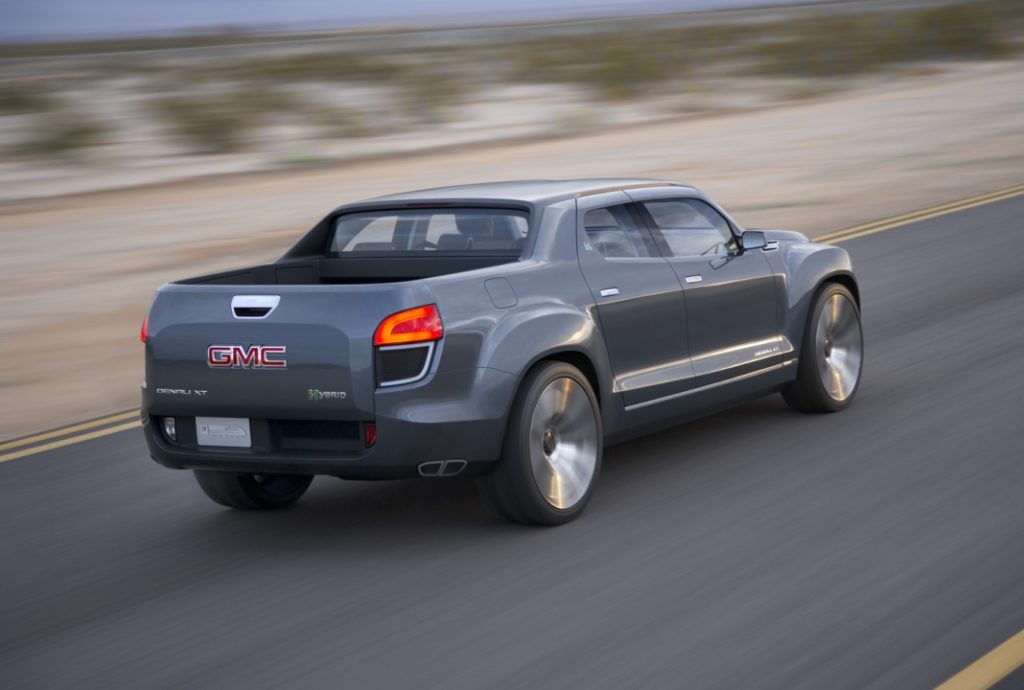 Given Australia’s love of the Ute and General Motors’ Australian subsidiary, Holden’s role as the General’s rear-drive platform specialists in recent years, the Denali XT looks like it was envisioned and designed with unbridled enthusiasm and passion for this peculiar niche. Built on a raised version of Zeta platform underpinning the Holden Commodore / Chevrolet Lumina, the rear-drive Denali XT is expected to share similarly rewarding handling attributes, while in terms of design, is stunning with a vast honeycomb grille surrounded by slitty lights, a muscular bonnet and similarly vented plate underneath. 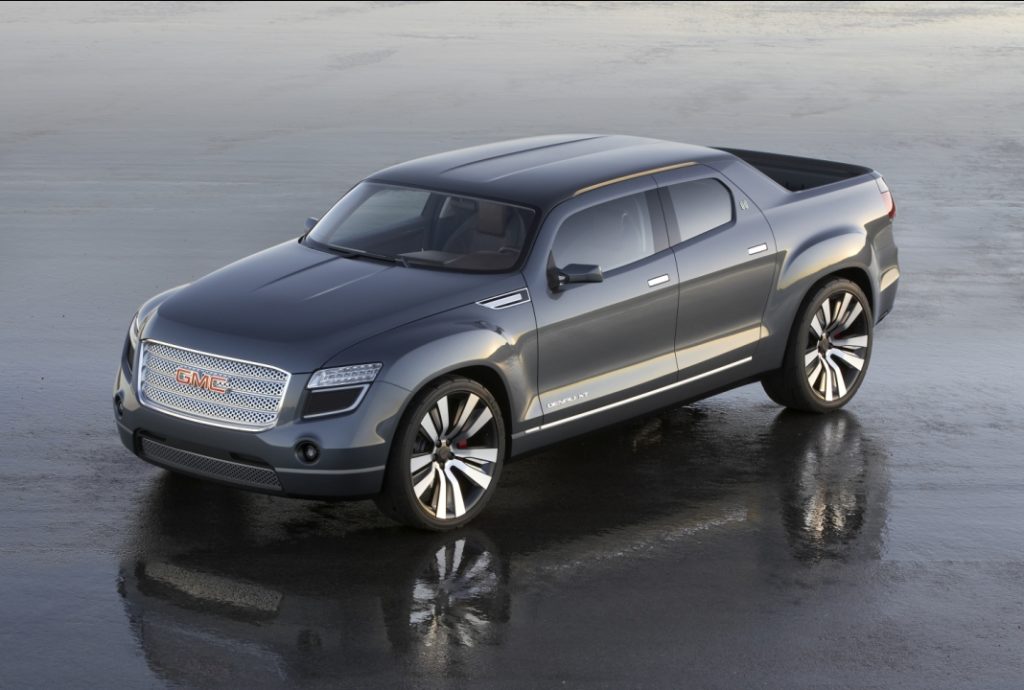 Boasting vast 23-inch alloy wheels and low profile tires, the Denali XT is no off-road vehicle but a stylishly utilitarian and lifestyle design able to tow 1587kg, haul 499kg and unlike Holden’s own brand utes, features four doors. A low roofline and high waistline create a hunkered glasshouse, while the four-door-cabin fills out the wheelbase well, and fluidly leads to the cargo box. The Denali XT’s wide and pouncing stance and muscular wheel-arches and details are matched by a similarly macho-futuristic interior with lots of metallic surfaces, flat bottom and top steering wheel, red illumination and tan leathers. 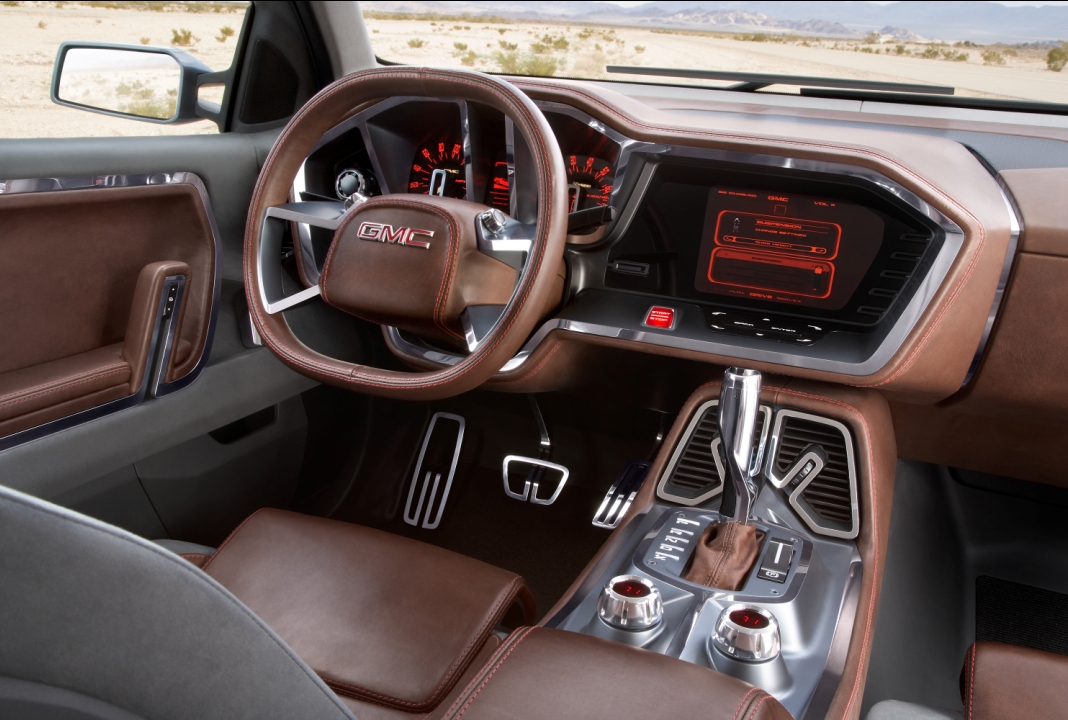 Under its sculpted skin the Denali XT features a smaller and more sophisticated 4.9-liter version of GM’s prolific small-block V8-engine, which features  fuel-saving technologies including direct fuel injection allowing for a leaner fuel mix and higher compression ratio and active fuel management that deactivates four cylinders when cruising, which in combination yield up to a claimed 50% fuel saving over similar pick-ups. Able to run either on cheap low octane regular unleaded petrol or E85 ethanol, the Denali XT is versatile and can be expected to perform better when running on E85.

GM states a combustion engine output of 326HP but doesn’t elaborate on which fuel this is, or how much the Denali XT’s in-gearbox electric motor contributes to its combined hybrid output. A soft hybrid with the electric engine assisting the petrol engine, the Denali XT can however run on electric only power for short spell in the city. With adjustable air suspension, the Denali XT is expected to ride smoothly and serenely over rough patches, while a stiff uni-body construction and all-round independent suspension make it far more refined, precise and better handling than traditional body-on-chassis, live axle and leaf spring full-size pick-ups. 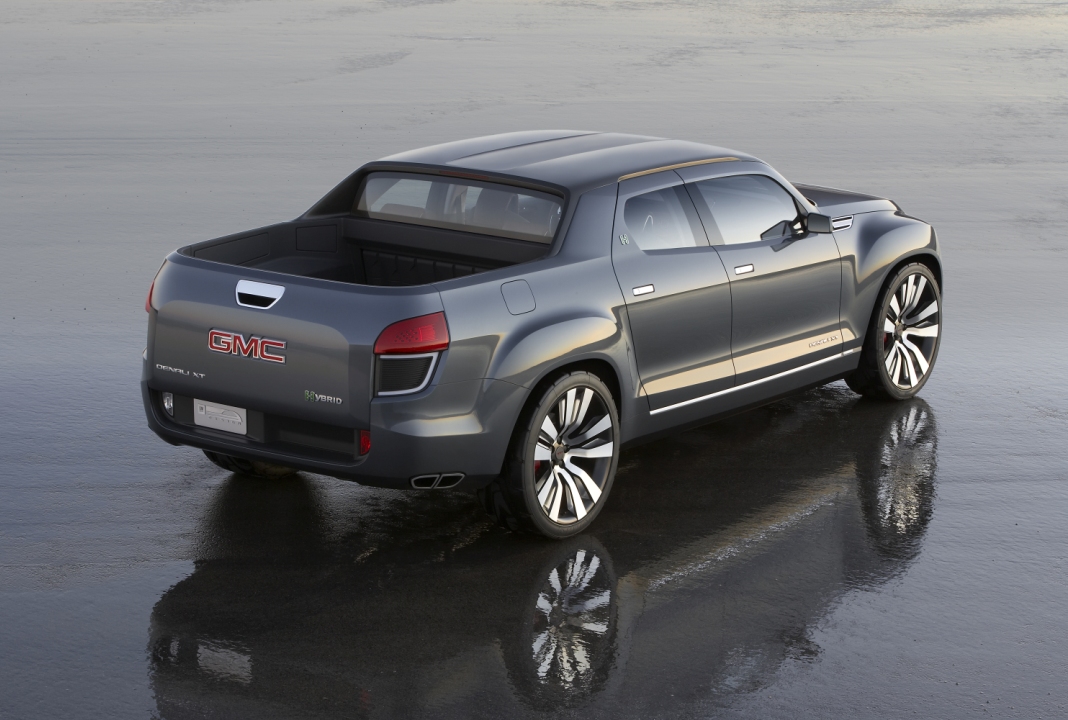 No pie-in-the-sky concept with little basis in the real world, the GMC Denali is in fact a very doable proposition with its feet firmly in the ground despite its futuristically muscular style. With a platform and drive-train derived from adapted though tried and tested components, the Denali XT would be a most interesting and practical lifestyle four-door up-market luxury-ute were GM to produce it, especially if four-wheel-drive were thrown in for good measure. 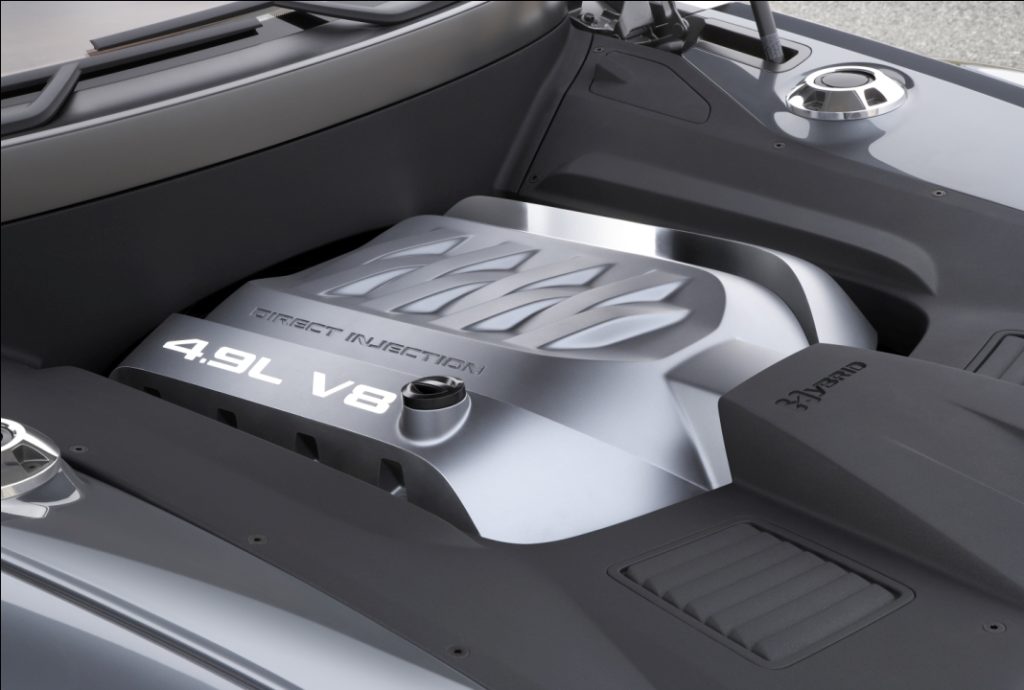