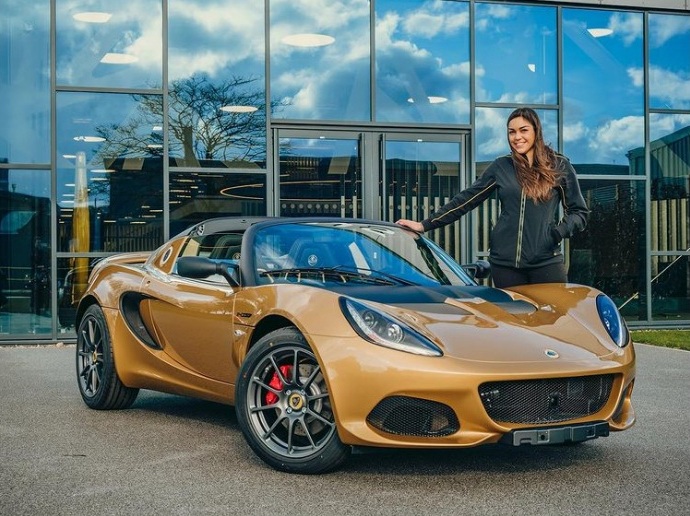 Sadly discontinued as Lotus looks towards a future of arguably less visceral electric and electrified cars, the pared down, lightweight and back to basics Elise was the car that revived a faltering Lotus. Launched in 1995, during Roman Artioli’s stint as chairman of the iconic brand, it was on his insistence that the small new sports car was named after his then two-year old granddaughter, Elisa Artioli.

Already an owner of a first generation Elise given to her long before she could drive back in 1997, by her grandfather, Elisa’s latest Lotus is an Elise Sport 240 in Championship Gold and packing around twice the power as the original.