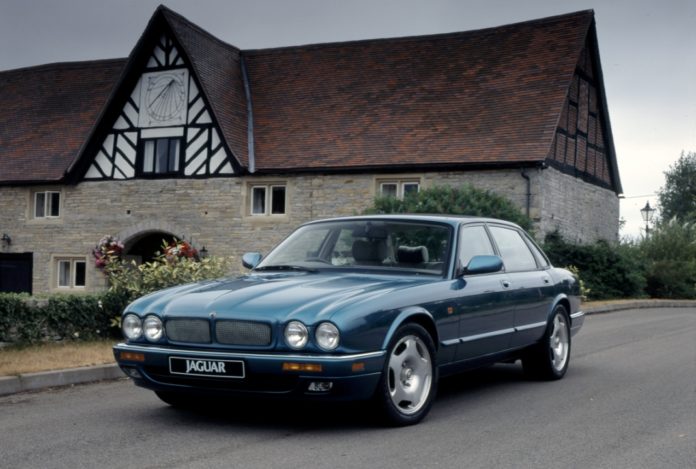 Introduced in 1994, the X306 series Jaguar XJR was the Coventry marque’s first ever super-charged car and was a brutally fast luxury car competing on two fronts: the luxury segment and the executive segment. During the absence of a dedicated mid-luxury executive saloon of the likes of the BMW 5-Series and Mercedes E-Class from 1968 when the Mark 2 was retired until the 1999 resurrection of the S-Type, Jaguar’s evolving XJ line filled in for both segments. Smaller than a luxury car but bigger and more regal than an executive car, the XJ was pitched at the former in 6-cylinder XJ6 guise and the latter in 12-cylinder XJ12 format, with higher performance versions such as the V12-powered 1992 XJR-S falling in the performance-luxury range.

Revitalized with Ford investment for an enhanced model range and a leap in reliability that put Jaguar at least in league with German rivals, the fifth generation XJ series was largely based on its predecessor, but was significantly evolved and now featured a rounded and more classical interpretation of the XJ’s slinky and elegant design cues. Notable for its improvements, the fifth generation XJ also featured the standout XJR performance version aimed squarely at the mighty BMW M5 super executive saloon. As such, the XJR featured Jaguar’s existing 4-litre XJ6 6-cylinder engine found on other models, albeit with an Eaton super-charger pushing power from 244BHP to 321BHP and sport tuned suspension, making it the long-standing Bimmer’s most serious competitor. 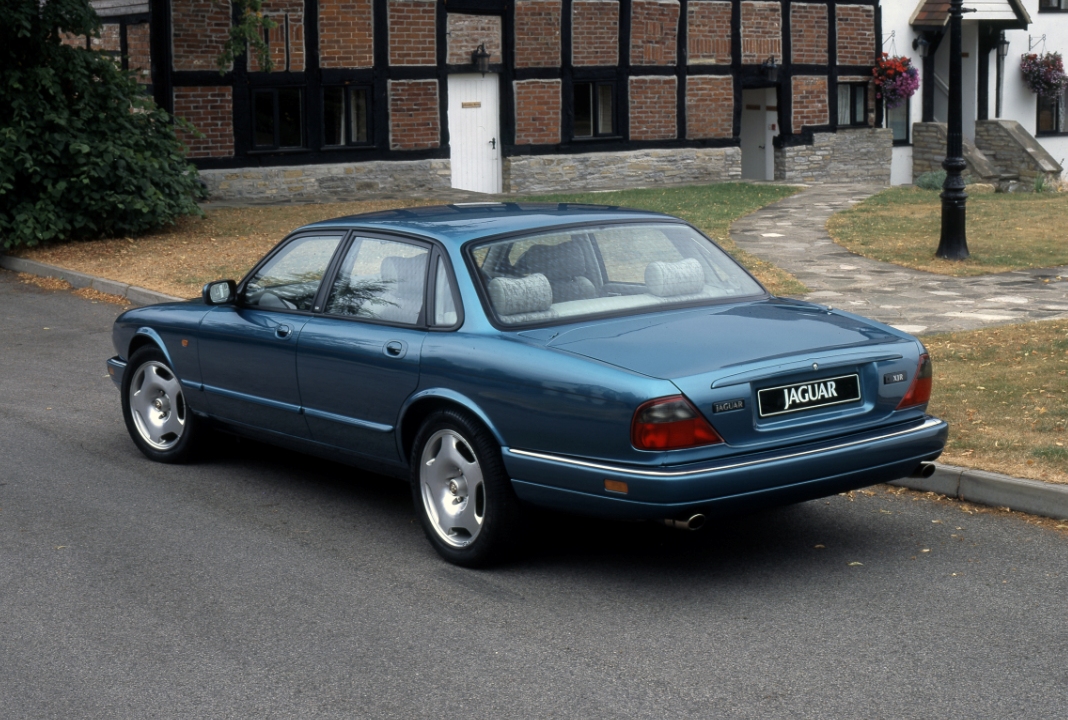 With a long-stroke engine design and mighty super-charger tuned to deliver its maximum 321BHP by just 5000rpm and full 378lb/ft torque at 3050rpm, the X306 XJR was a low- and mid-range brute with ferocious flexibility, while the build-up to full power was swift and laden with plenty of twisting force. Despite a 1750kg weight, the XJR raced to 97/km/h in ferocious-for-its-time 6.4-seconds, to 160km/h in just 16.8-seconds and topped out at 249km/h, while a voluminous 81-litre tank ensured long range. A DOHC cam and 24-valves, along with a silky-smooth straight-six engine configuration also meant the XJR drove with a velvety refinement and elegance when not doubling as a super-car. Gearbox options were either a Getrag 5-speed manual or a 4-speed automatic sourced from Mercedes’ S600 V12 luxury liner to handle the XJR’s volcanic torque.

Though not as generously spaced inside as other luxury cars owing to its sexy low roof line and slightly shorter length, the X306 XJR also had a rather shallow boot, but its elegantly low waistline and upright windshield more than made up for it in terms of aesthetic and cabin visibility, while its plush interior, with upright dash and deep-set dials, boasted gorgeously classical woods, leathers and an inimitable old school charm. Low, wide and long, the X306 XJR closely followed the proportions, basic design cues and style of the original 1968 XJ series, and was the last XJ to comfortably wear such a style with a sense of evolution, authenticity, flair, rather than with hint of forced upon tradition, as its’ now defunct successor, the X350, which was itself a technological marvel that ultimately paved the way for the current sleek, chic and modern XJ. 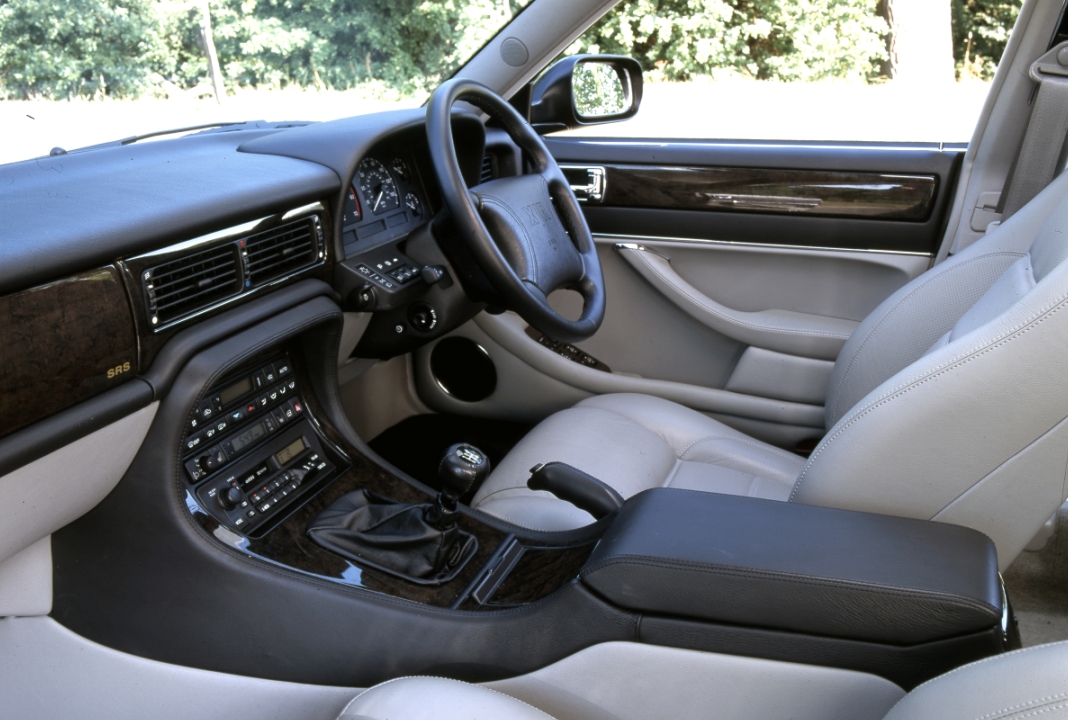 Renowned for their sublime combination of smooth, supple and comfortable ride properties as well as agile, precise, composed and predictable handling, Jaguar cars have long been reputed as sporty yet elegantly classy luxury cars. With its sophisticated double wishbone suspension and good weight distribution owing to a recessed engine, the XJR version of the fifth XJ also comes with firmer spring and damper rates making it even better handling and tauter through corners. Stable on the highway and smooth and maneuverable in town, the Jaguar XJR was also the most eager, agile, communicative and most talented B-road storming luxury car in its time, while in the executive segment was only matched by the BMW M5 in that arena.

Coinciding with 1997’s major mechanical revamp of the XJ series which dropped the 6-cylinder and V12 engines in lieu of newly developed V8 engines, the XJR graduated to a 4-litre supercharged V8 putting out 370BHP at a higher revving 6150rpm and considerably quicker with a 5.6-second sprint to 97km/h. More powerful and sophisticated than ever, pre-2000 version of the V8 fifth gen XJR was however susceptible to earlier cylinder liner wear – an issue which was rectified on a now legendary engine design that has evolved into Jaguar’s current monstrous 510BHP 5-litre super-charged unit. 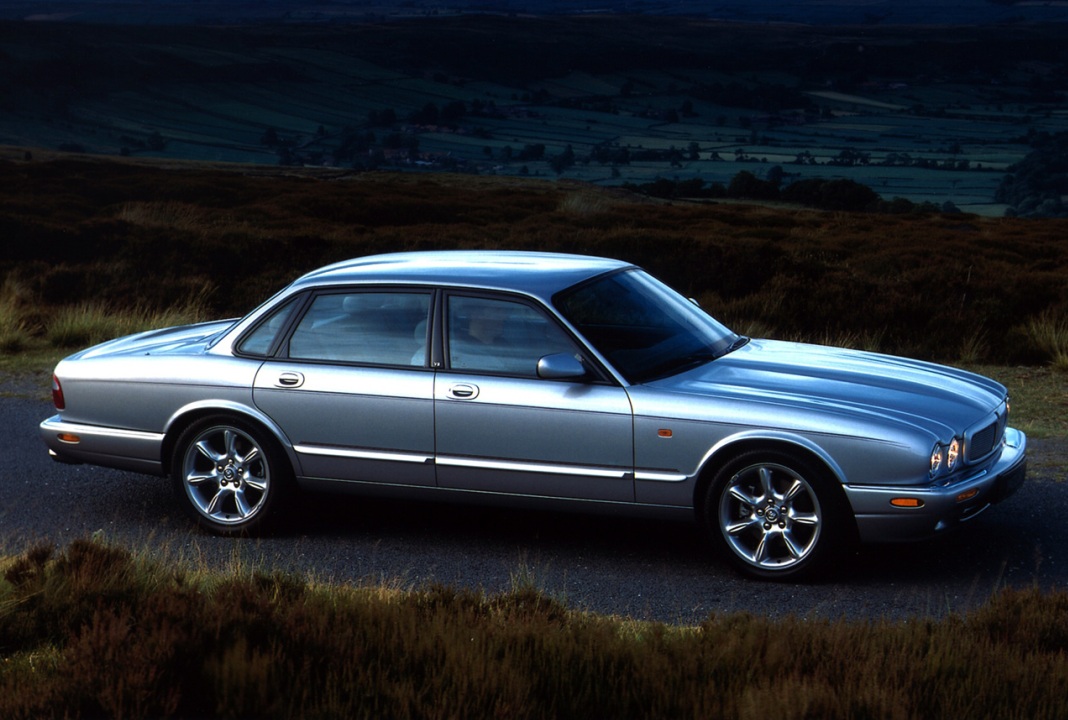 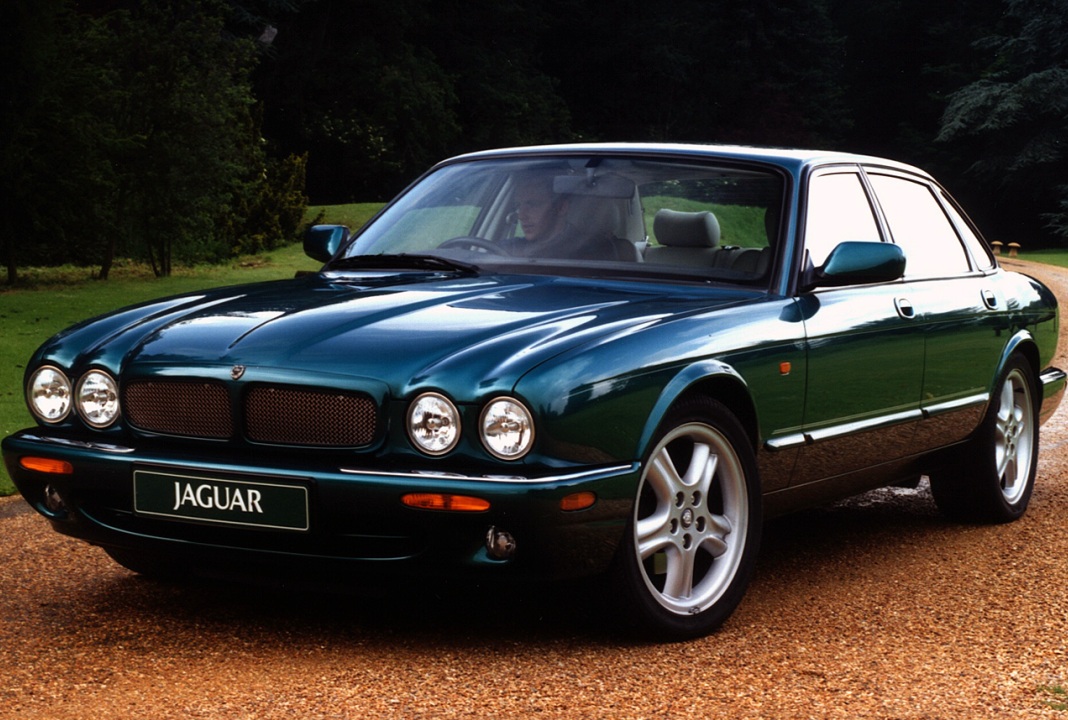