Taking a collection of some of the most distinct and dedicated SUVs (and a crossover), Budget Direct set their graphic designers loose to re-imagine seven SUVs were their designs to be applied to the classic three-box four-door saloon format, with some very interesting results, as seen in a recent blog entry. 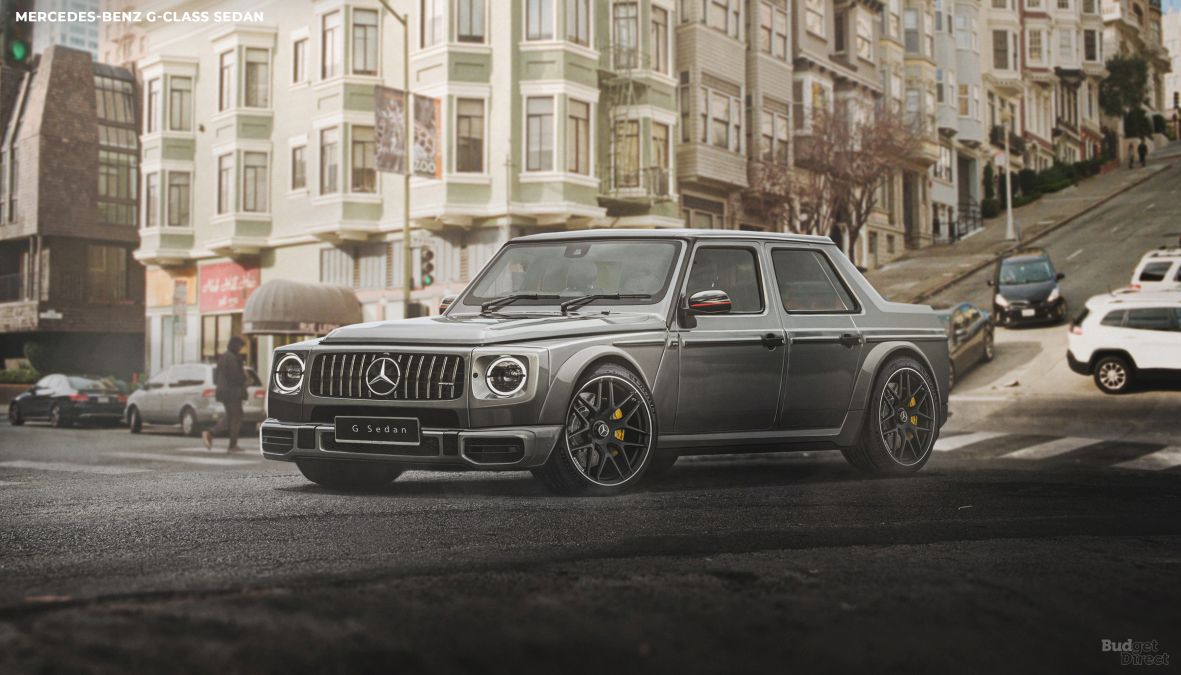 Equally the most surprising and best result in this list, who knew the G-Class would look so great as a saloon. Uncompromisingly upright and simply brutal in execution, the G-Class saloon has undoubtedly aggressive appeal and chiseled charisma by the bucketload, and gives us an interesting alternative interpretation of what a modern Mercedes saloon could resemble. In fact, with a similarly brutal twin-turbo V8 under its sculpted and straight cut bonnet, the G-Class saloon would most likely find a dedicated niche of customers in the Middle East, probably at the heart of a venn diagram of existing G-Glass SUV, AMG saloon, Maserati Quattroporte and Aston Martin Lagonda buyers. 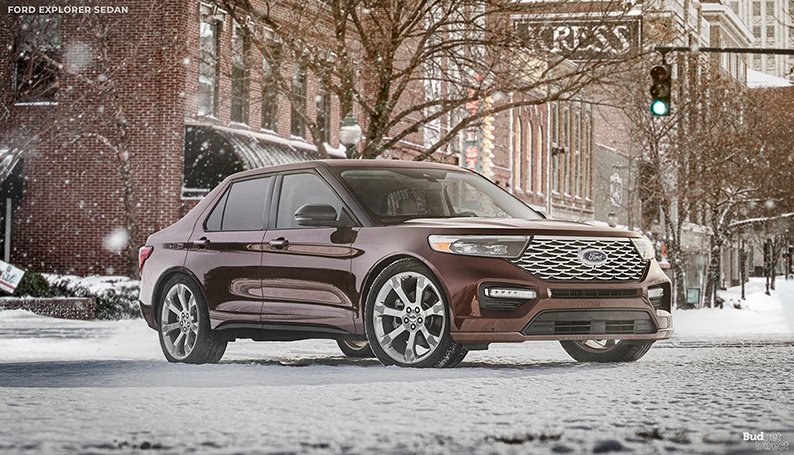 Almost seamlessly translating as a saloon car, the new Ford Explorer’s dramatic new face, and short front overhang derived from the Explorer SUV’s new front-engine rear-drive based platform, probably wouldn’t be too difficult to engineer and would fit in naturally in Ford’s current line-up and design language – were it not for the fact that Ford is now focused on SUVs and Trucks. Having abandoned cars in some key markets altogether, one would hope that in some alternate universe, an Explorer saloon could serve as a great successor to both the Ford Taurus and the Australian market’s discontinued Falcon rear-driver.

Renowned as a maker of more upmarket and aggressive versions of Chevrolet’s SUV and Truck models – with a big dose of added bling – for the US and Middle East, GMC is categorically not a car maker. Not a natural candidate for transformation to a car, the GMC Yukon saloon render however looks surprisingly good. With an upright, blocky and chrome-heavy design, it emanates undeniable dramatic presence and seems like a perfect modern re-interpretation of the traditional American luxury car, in the vein of the Chrysler 300. Were it to ever happen, the Yukon saloon would likely steal a significant chunk of current Cadillac buyers, with a penchant for the past. 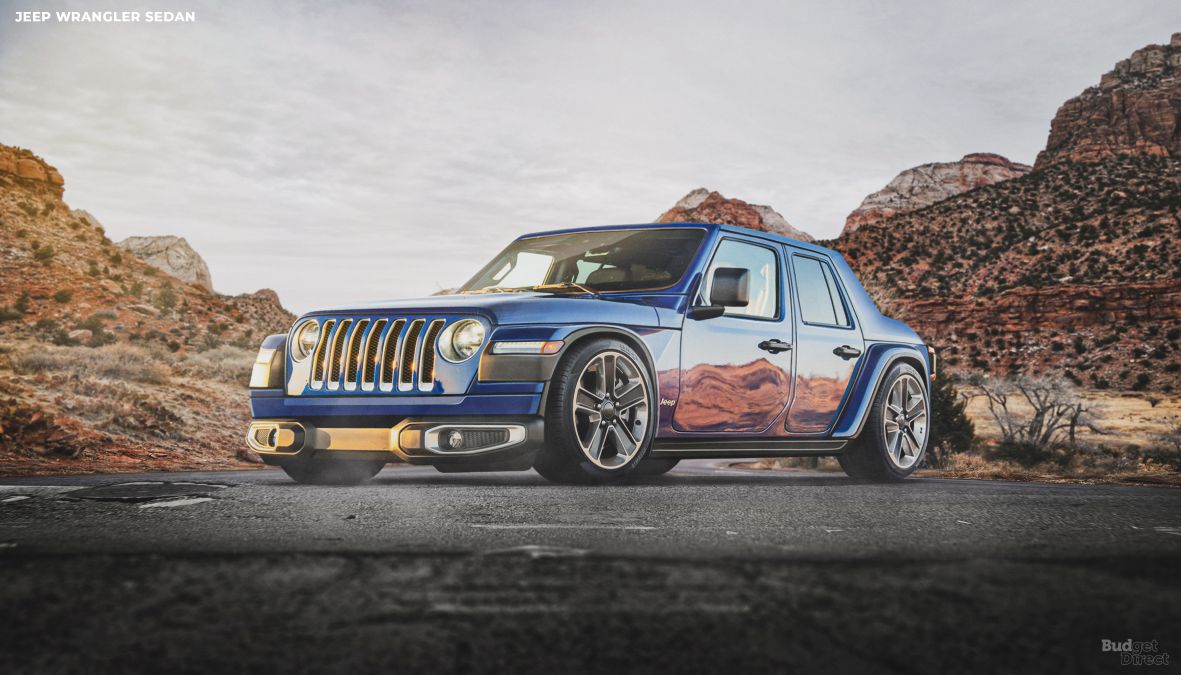 Probably the world’s most iconic SUV ever, the Jeep Wrangler – with its distinctively rugged looks and live-axle underpinnings – is not a natural candidate to be reinterpreted as a saloon car. That said, the Jeep saloon render is an interesting one, and not without a certain charm. With its tall grille, high-rise bonnet and low, slammed stance, the Wrangler saloon has somewhat of a retro hot rod vibe that would arouse interest were it to see the light of day, but might end up a passing fad like the ill-fated Chrysler PT Cruiser and Chevrolet SSR. 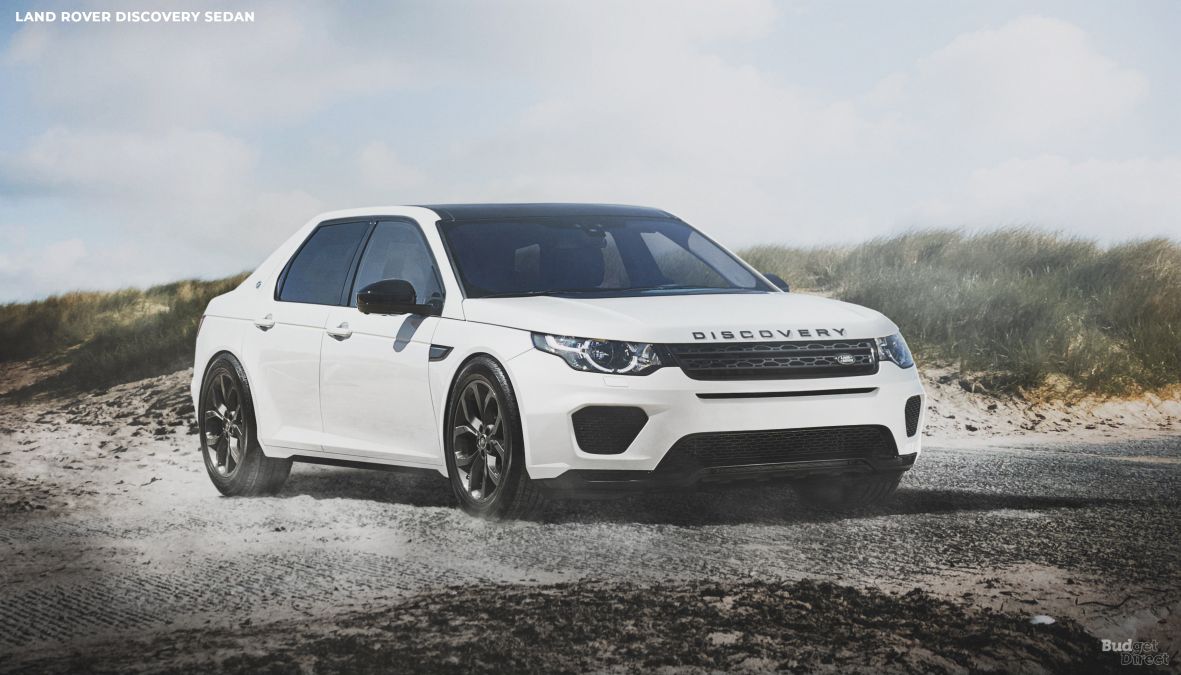 With Jaguar land Rover reportedly applying for trademark on the name Road Rover, the prospect of a Land Rover saloon would seem the most likely among this list. No longer the upright, agricultural vehicles that Land Rover first gained fame for, modern Land Rovers like the Discovery, are luxurious uni-body and independent suspension vehicles that share much with their Jaguar relations. And so, a Jaguar XF dressed in Land Rover Discovery-like bodywork and features is very much a realistic possibility, but would probably look significantly more polished than the above render. 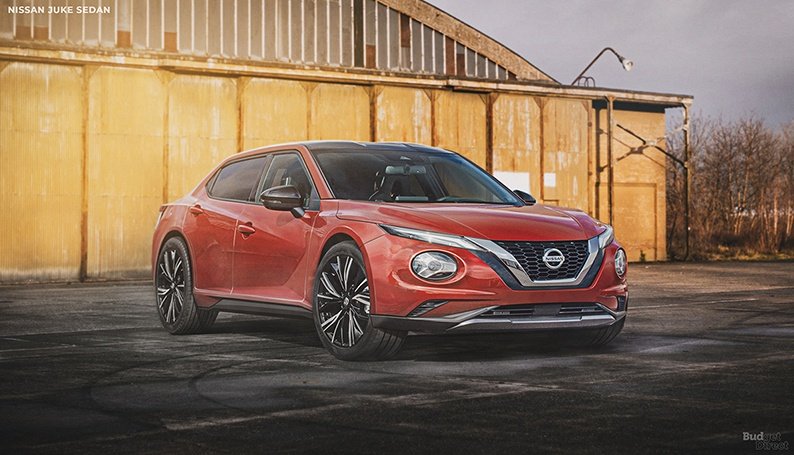 A compact crossover with a front-drive derived platform and uni-body construction, the Nissan Juke is the most likely candidate on this list to be re-worked into a modern car. With its big bulging headlights and slim upper light strips, the Juke’s fascia could easily become a design cue for an evolution of Nissan’s current V-motion look. However, the Juke’s most natural interpretation as a car would be in the form of a mid-size hatchback, rather than a saloon, as depicted. 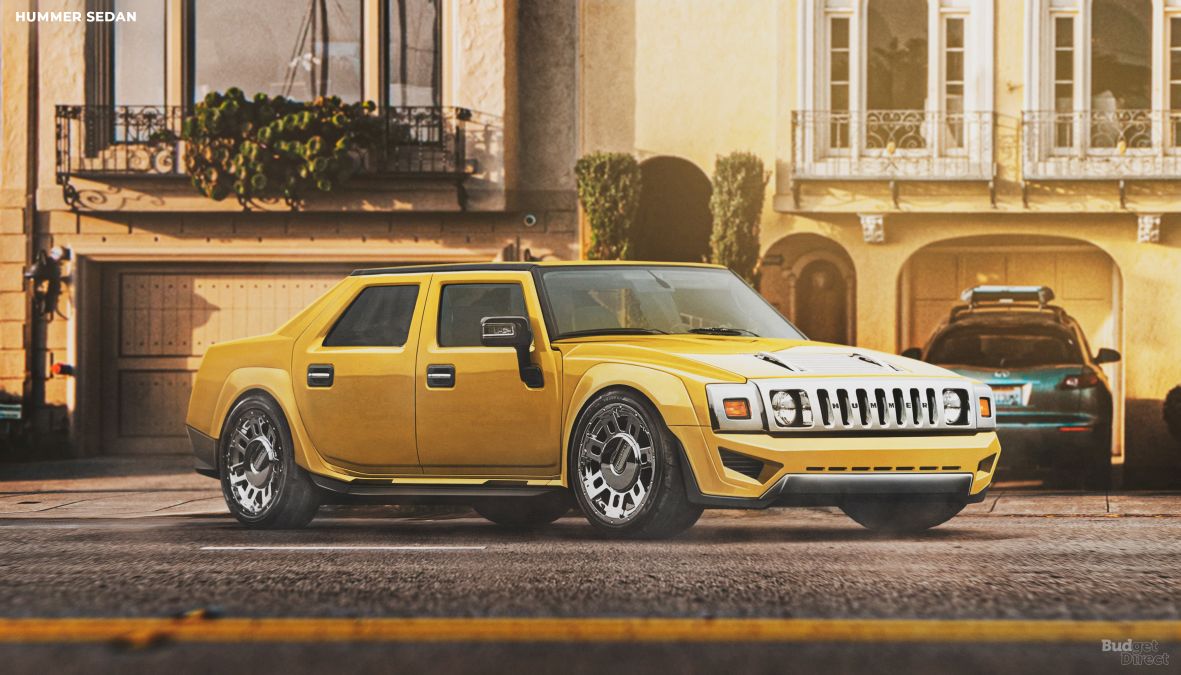 Dropped like the breeze block it resembles after the onset of the world financial crisis a decade ago and un-missed by anyone bar a few loyalists, Hummer was a bad idea from the start. What should have been limited to a niche vehicle in the form of the highly capable military-derived H1 should never have led to a range of over-priced versions of other SUVs with uglier design, restricted visibility and un-refined appointment. Few people wanted them as SUVs, and less would want a Hummer saloon. But that said, the rendered Hummer saloon would have a brutalist appeal of sorts, were it not for the hideous mirrors and were it to wear a re-worked fascia.