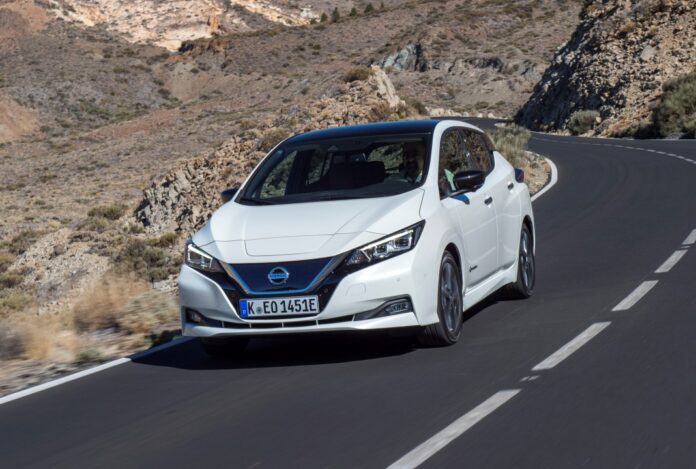 Launched globally early this year, the new Nissan Leaf has a lot to live up to, as successor model to the world’s best-selling electric vehicle. With 283,000 sales since it arrived in 2010, and still counting is some markets, like Jordan, where it remains available until the new model is expected to arrive sometime next year, the original Leaf is to electric cars what the Toyota Prius is to hybrids. The car that popularized electric cars as a viable, affordable and popular alternative, the Leaf now needs to be viewed on its own merits, next to mainstream combustion engine competitors.

Given its predecessor’s popularity and with combustion engine cars now being increasingly cross-shopped with electric and hybrid vehicles, the new Leaf needs to compete with no ifs, buts, excuses or incentives to skew the field when competing with traditionally-powered cars. More powerful, faster driving and charging and with longer range and a host of advanced driver-assistance systems, the new Leaf is a technical improvement on its predecessor. However, and perhaps more pertinently, it is, without qualification, a considerably better, and even more conventionally styled car, which suggests that Nissan is looking to broaden its appeal beyond its large but somewhat niche clientele.

Powered by an enhanced version of its predecessor’s front-mounted electric motor driving the front wheels through a single-speed automatic reduction gear, new leaf also receives an uprated 40kWh lithium-ion battery pack in place of its predecessor’s 30kWh. Gaining 40BHP and 16lb/ft torque over the outgoing model, the new Leaf develops 147BHP at 3,283-9,795rpm and hefty, broad, versatile and immediately available jolt of 236lb/ft torque on tap throughout 0-3283rpm. Chirping the wheels at full power, the Leaf is eager from standstill and consistently flexible in delivery. Respectably brisk through 0-100km/h in 7.9-seconds, the Leaf tops out at what one expects is a slightly underrated but rev-limited 144km/h.

Flexible, seamless, smooth and sweeping in delivery, the Leaf’s consistent delivery allowed for confident overtaking and inclines. After a briskly driven 30km, with long, steep and sustained hill climbs, power output very briefly seemed to drop at altitude, before resuming with the same consistency. With an improved single range, the leaf is quoted at being capable of 270km on the combined cycle and 415km in the city. However, range and power usage however vary greatly and depend on driving style, various conditions, speed and topography. During said 30km stretch, range dropped significantly with sustained steep inclines, heavy braking at hairpin corners and heavy-footed acceleration.

However, and given such driving conditions, style and altitudes are not typical, the Leaf did however deliver very good driving range when driven normally, and even through heavy winds on high 130km coastal motorways during test drive in Tenerife, Spain. During the launch event, more careful and better planned driving yielded yet better results, while some journalist drivers even managed particularly expectedly low energy consumption, but by driving at a pace so slow as to be obstructive. In terms of convenience and usability, the Leaf charging time is quoted at 7.5-hours using a specific wall charger, which seems well-suited to daily commuting and town driving. 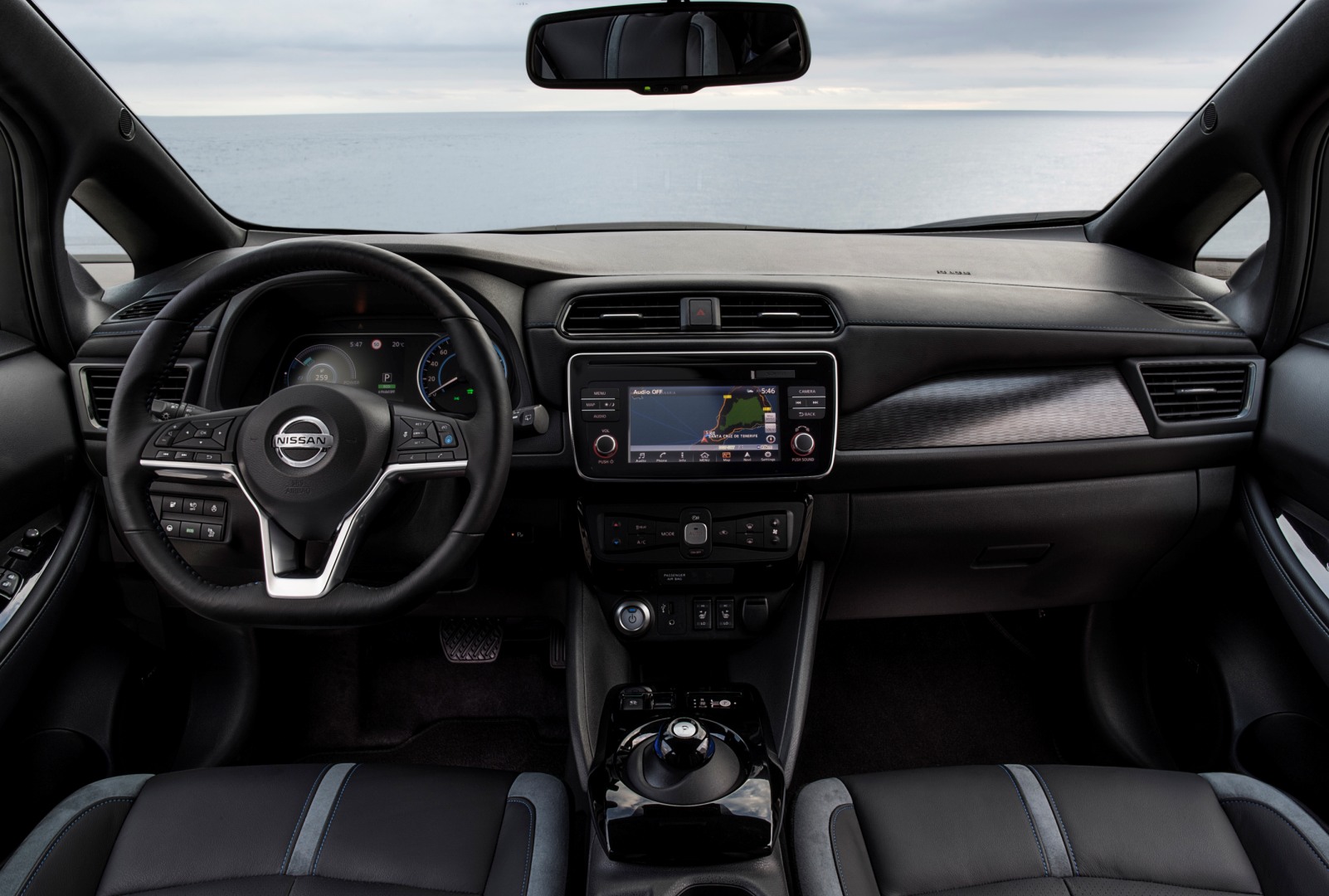 Using high capacity charger the Leaf can top up its charge from warning light to 80% in 40-60 minutes, which would allow for improved range at longer trips where such chargers might be available. However, charging by regular domestic supply electricity is inconveniently long at 21-hours. Meanwhile, the Leaf’s regenerative braking helps top up its power on the move, and can be set to different resistance levels for either a more natural driving style or increased charging. The Leaf’s accelerator pedal can also be set to E-pedal mode where both acceleration and regenerative controls are modulated with a single pedal.

Operating the E-pedal does take a while to adjust to but for sudden close distance emergency braking, one however needs to use the proper traditional brakes for more effective stopping ability. In most other respects, the Leaf drives very much like a regular car of its size. Its weighting is front biased with a proclivity for mild under-steer if pushed too hard into a corner, while its electric steering is light and accurate, yet lacks the visceral feel and feedback of a traditional hydraulic-assisted rack. Somewhat heavier than combustion engine competitors at 1580kg, the Leaf’s heaviest electric components – its battery pack – is however positioned under the cabin floor.

Through corners one can physically feel just how low the Leaf’s centre of gravity is and how centered its weighting is. This keeps lateral body movements to a minimum and aids its cornering agility. Meanwhile on highway it is stable and settled and is smooth in town. Slightly firm on more jagged cracks and lumps, the Leaf is otherwise rides comfortably, smoothly and forgivingly. Quiet and refined inside, the Leaf is well-insulated for vibration and harshness. With driveline noise virtually absent, the leaf’s distant electric motor whine sounds like a supercharger. With its own charm, it creates somewhat of an unanticipated visceral connection.

Business-like and with a hint of sportiness and elegance, the new Leaf’s well-arranged cabin has a more up-market feel with good quality fit, finish and materials, including a flat-bottom steering wheel and pod-like gear selector module. Boot space is generous at 435-liter, while cabin space is good for the most part, but the underfloor batteries and descending roofline mean that rear headroom and front visibility could be better for taller passengers. In front, tall drivers have to hunch downforce far distance passenger side visibility given the large rearview mirror and thick A-pillar and its small supporting pillar. 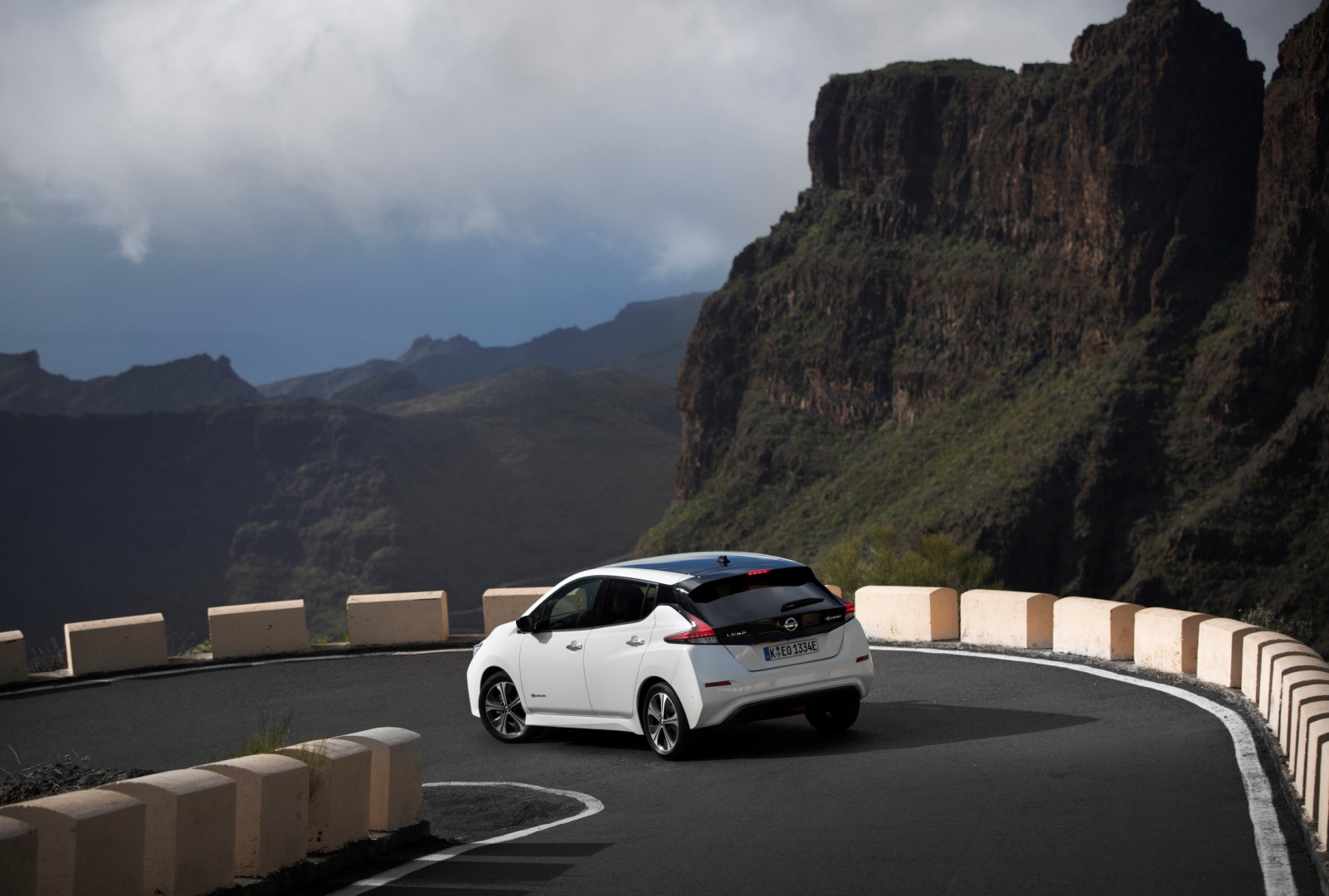