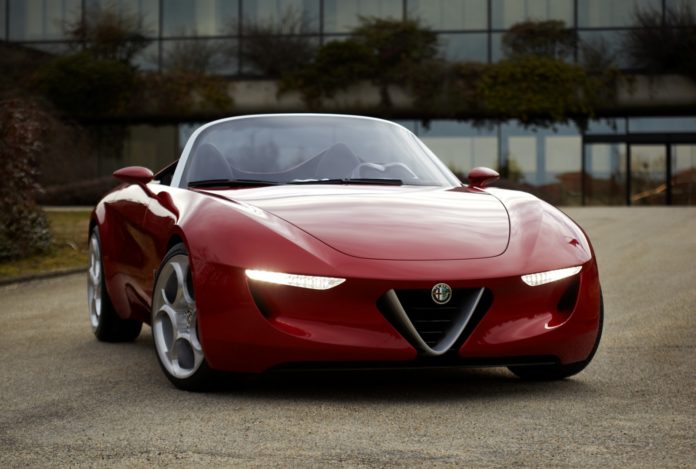 Drop dead sexy, lithe and sinuous, the 2010 Geneva motor show 2uettottanta concept is likely to see production in the near future as the newest of Alfa’s traditional small, sporty and affordable roadsters or Spiders. With small elements of homage to Alfa’s original 1966-93 Spider, the 2uettottanta takes its name from the very first 1966-67 Duetto Spiders and its status commemorating Italian automotive design house Pinifarina’s 80th anniversary. Pronounced “duet-o-tanta” the “2” represents two seats, “2duetto” is wordplay on Duetto, while “ottanta” simply means “eighty” in Italian. 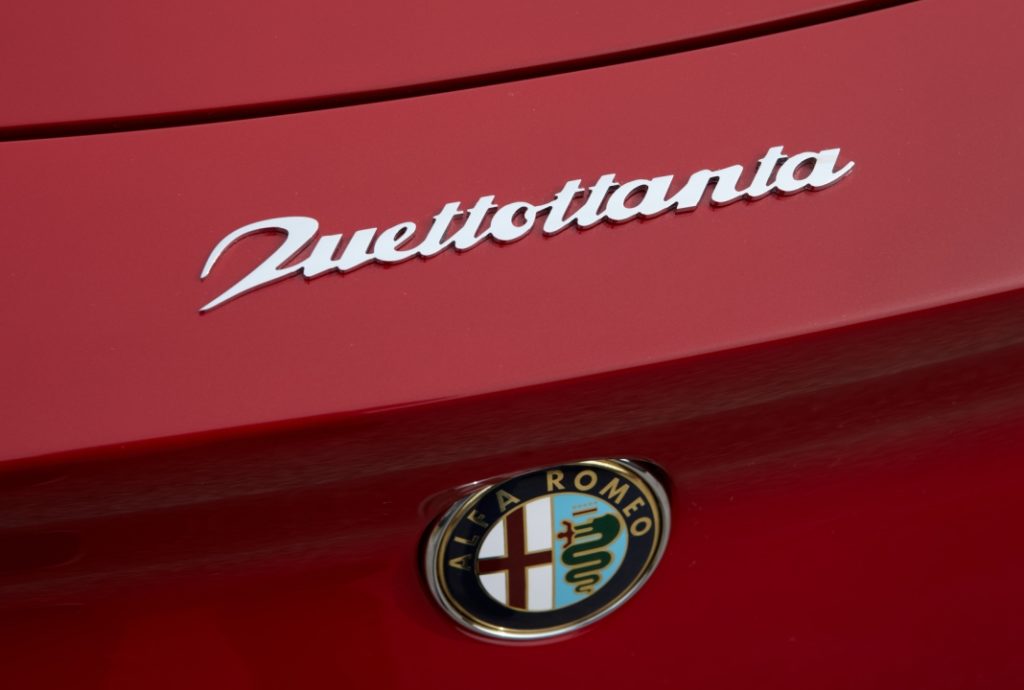 Technically production-ready, one wonders just how much of the 2uettottanta concept’s original design will survive to the assembly line. However, as is, the 2uettottanta’s mixture of sharp edges, simple, evocative, sensual and classic lines, proportions and bold details, put it far ahead in terms of sheer beauty, than any of its long list of various rivals, which will include the BMW Z4, Mercedes SLK, Mazda MX5, Porsche Boxter and Audi TT. A highly visceral design, the 2uettottanta features certain basic elements of the old Spider, but its lines, curves and rakes are far more provocative, lascivious and lusty, and its wide and shark-nosed bonnet even features menacingly potent hints of Chevrolet’s classic 1960s Corvette Stingray.

With clean, elegant and taut lines the 2uettottanta is a highly expressive, evocative, slender, lithe and edgy interpretation of the classic Italian sportscar, and seems in motion even when still. The 2uettottanta’s design emphasis is on athleticism, vitality and suaveness rather than gauche aggression. The 2uettottanta’s front features thin strip headlights, a floating three-dimensional futuristic version of Alfa’s triangular shield grille and twin triangular air intakes all embedded below a sharp line that runs through the length of the car, while large five-spoke phone dial alloy wheels and prominently swooping arches lend great presence and dynamism. Sleek aluminum-ringed windshield and slender side mirror stalks provide elegance and classic appeal, while the triangular theme is also reflected in the headrests and rollover bars.

At 4212mm long, 1797mm wide and with a 2500mm wheelbase the 2uettottanta is a compact rear-drive bit of Italian sportscar heaven and is expected to be among the most rewarding and best handling of its segment. Almost the size of BMW’s Z4, the 2uettottanta is also said to be as well-spaced and accommodating inside, where its style is as chic, clean, elegant, sporty and edgy as outside. Minimalist and modern the 2uettottanta’s cabin features a stunningly sporty three-spoke and flat-bottomed cone-style steering wheel, with two large instrument binnacle cones and three supplementary dials tilted towards the driver from the dashboard centre. Un-fussed and un-ostentatious, the 2uettottanta’s dashboard and interior give a sense of sporting purity, while carbon-fiber lashings reduce weight and seats are supportive and upright. 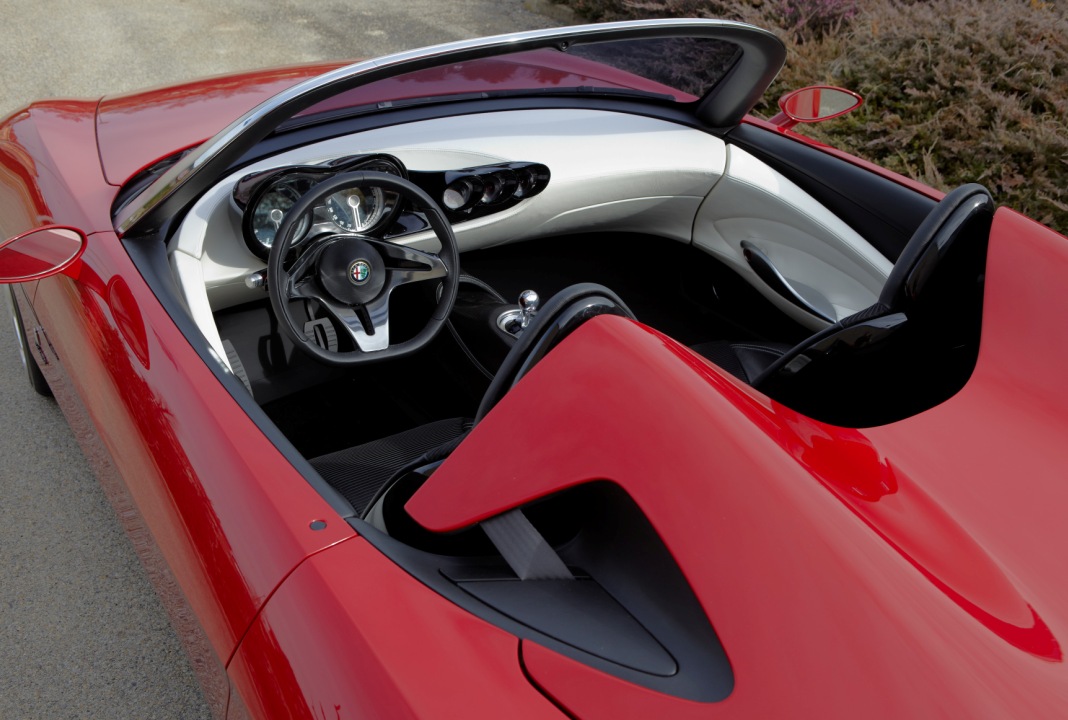 With a return to rear-wheel-drive after modern Spiders’ front-drive is welcome for its classic sportscar handling, the 2uettottanta’s engine is another technologically cutting-edge homage to the past. In tribute to 1967-71’s 1750 Veloce Spider, the 2uettottanta will feature Alfa’s new 1.75-liter four-cylinder engine. Boasting direct fuel injection and turbo-charging the 1.75-liter unit will produce similar power to recent 3.2-liter Alfa V6 engines used for performance GTA models. An estimated 235HP at 5500rpm and 251lb/ft at just 1900rpm is expected to propel the light 1220kg 2uettottanta to 100km/h in under 6-seconds and provide excellent low- and mid-range grunt, as well as high-rev urge. Crisp and ultra-quick shifting will be provided by Alfa’s TCT dual-clutch automated gearbox.