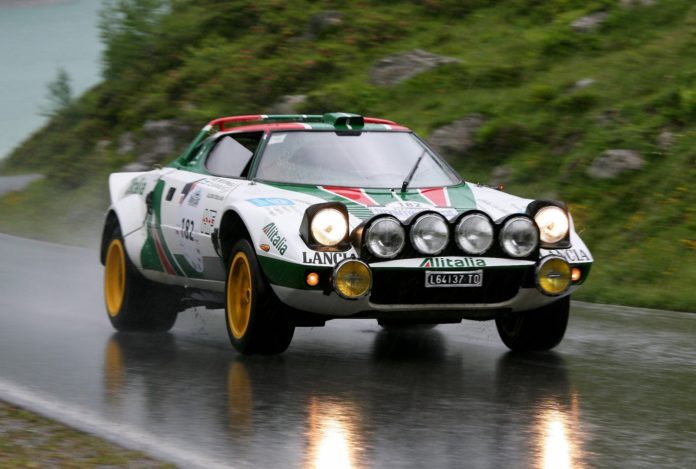 Established in 1973, the World Rally Championship was initially dominated by the purpose-built Lancia Stratos HF miniature supercar. However, the 1981 arrival of the four-wheel-drive Audi Quattro and 1982 introduction of brutally powerful and highly developed Group B rally cars were game-changers.

The first purpose-built rally car, the Stratos was engineered with single-minded motorsport success in mind. The dramatic Stratos was a diminutive supercar with compact dimensions, light weight and mid-engine weight distribution for agility, and raised clearance for arduous rally stages. Powered by a 2.4-litre Ferrari Dino V6 engine, rally versions developed between 280-325HP and 190HP in road-going guise, of which 492 examples were built for WRC homologation requirements. 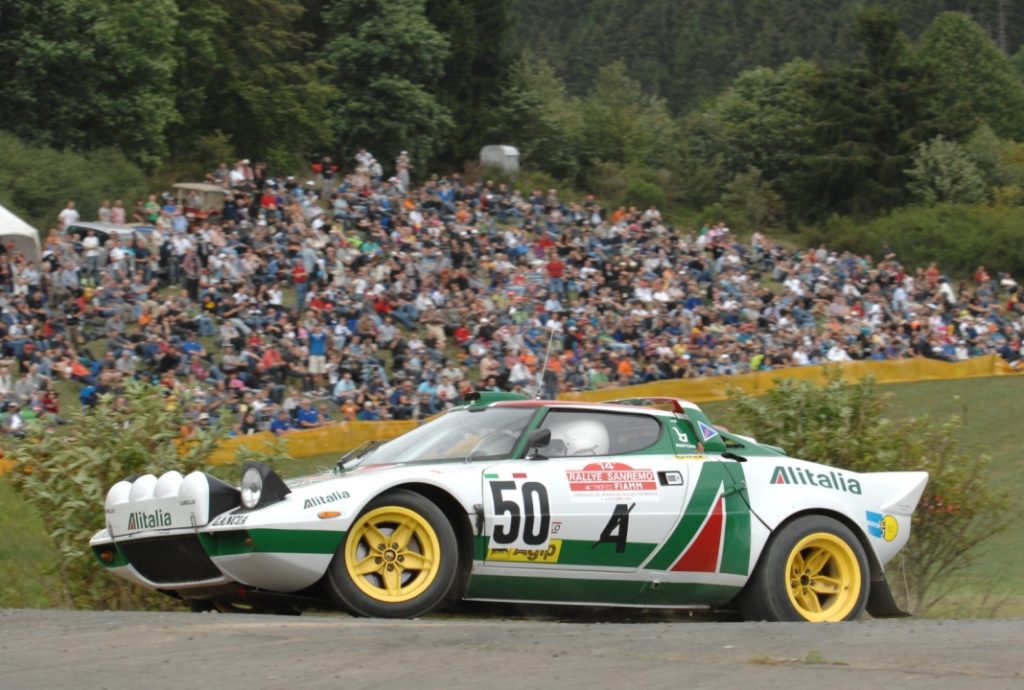 First racing as a prototype in 1972 and 1973, the homologated Lancia Stratos won consecutive 1974-76 WRC Manufacturers Championship victories, and won the inaugural Drivers Championship in 1977. When Fiat group support switched to the Fiat 131 Abarth rally car, the Stratos remained a force to be reckoned with. Winning the Monte Carlo Rally as late as 1979, the Stratos’ was raced by privateer teams until 1981. 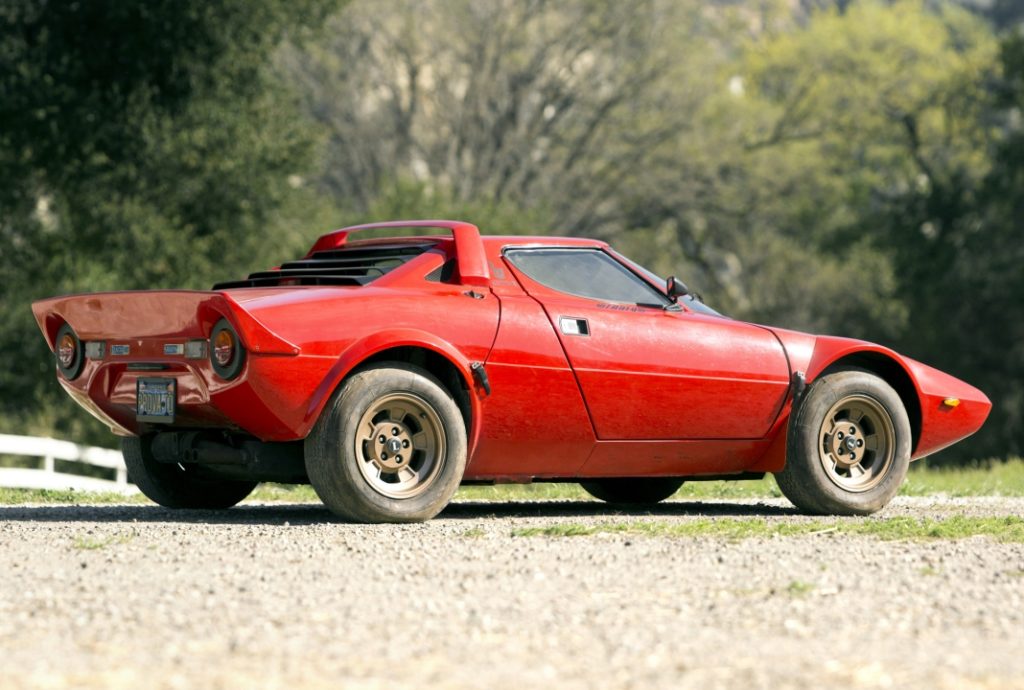 Launched before Renault bought alpine, the A110 was a small and nimble independent sports car using many Renault parts. Compact with low waist, narrow body and relatively big glasshouse for visibility, the agile A110 could make short work of narrow switchbacks. Powered by rear-mounted four-cylinder engines, size and power varied between 1- to 1.6-liters and 49HP to 140HP for road cars, and 1.8-liters and 175HP in Group 4 rally guise. Developed for road and race, the A110’s successful motorsport career including three podium finishes at the Monte Carlo rally and winning the inaugural World Rally Championship in 1973. 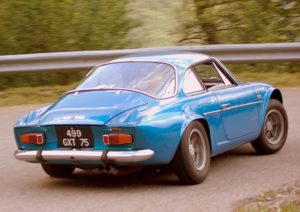 The last great rear drive premier group rally car and last truly aesthetically beautiful such car, the Lancia Rally 037 was developed by Lancia and Fiat’s Abarth subsidiary, entering service in 1982. By 1983 the 037 was in its prime, and despite a rear-drive disadvantage over gravel and loose surface stages, its’ mid-engine layout gave it an edge in handling, agility and stability over tarmac stages.

Though ultimately replaced with a four-wheel-drive successor, the 037 was talented enough to beat the game-changing Audi Quattro to the 1983 constructor’s title and within easy reach of the driver’s championship. Highly developed around the Lancia Monte Carlo road car, the 037 however used front and rear space-frames and a longitudinal rather than transverse mid-engine for better stability, with super-charging to eliminate lag and improve throttle response in comparison with turbo rivals. In a prelude to Group B’s 1986 demise, 037 driver Attilio Bettega died after crashing into a tree at 1985’s Tour de Corse rally.

Embodying Ford’s knack for fun, affordable and accessible versions of everyday cars and a strong motorsport presence, Escort RS1800 light, compact, agile, and tough, if not quite as sophisticated as some of its 1980s rally rivals. Developing 250HP in race guise, the RS1800 won the 1979 Manufacturers Championship, and against the legendary Audi Quattro, won the 1981 Drivers Championship with Ari Vatanen at the wheel. 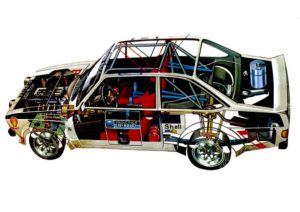 Campaigned as the Fiat Group’s official WRC entrant, the 131 Abarth rally version of the stylishly clean-cut and popular saloon succeeded the radical purpose-built Lancia Stratos. Powered by a 2-liter engine with conventional front-engine, rear-drive, the 131 Abarth proved a success, with 1977, ’78 and ’80 Manufacturers Championship victories and 1978 and ‘80 Drivers Championship wins. 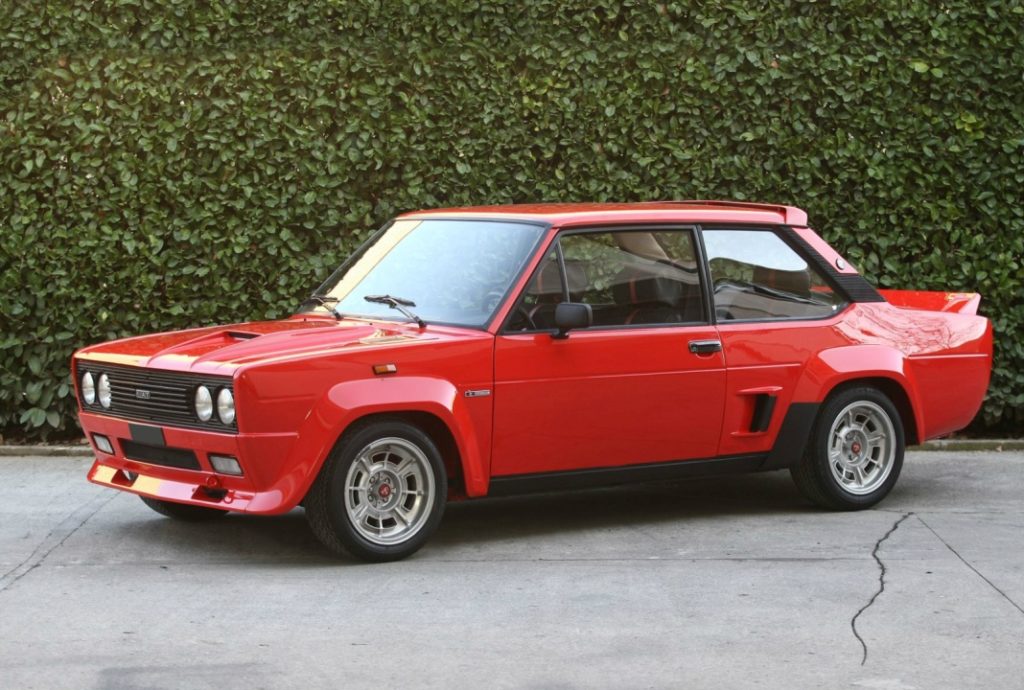 Developed by Chrysler UK with help of a British subsidy and based on the Hillman Avenger, the hot road-going Sunbeam Lotus finally arrived in time to be sold under new French owner PSA’s Talbot brand. Designed to cut development costs and using rear-wheel-drive live axle architecture, the Sunbeam went against the front-drive hatchback convention, but offered old-school sports car thrills and well-suited British sports car maker Lotus’ high performance rally and road conversion. Powered by a naturally-aspirated twin-carburetor 16-valve engine developing 152HP at 5750rpm and 150lb/ft at 4500rpm, the boxy and brawny road-going version of the 1981 World Rally Championship Manufacturer’s title winner could bolt to 100km/h in 7.4-seconds and onto 195km/h. 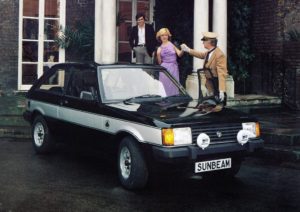 Like other two-wheel-drive rally cars, the Ascona 400 was destined for obsolescence by the 1981 arrival of the four-wheel-drive Audi Quattro almost as soon as it introduced, but not before clinching the 1982 Drivers Championship for Walter Rohrl. Developed in collaboration with Cosworth, the 400’s 2.4-liter 16-valve twin-cam produced between 230-340HP in race trim and boasted big mid-range torque.