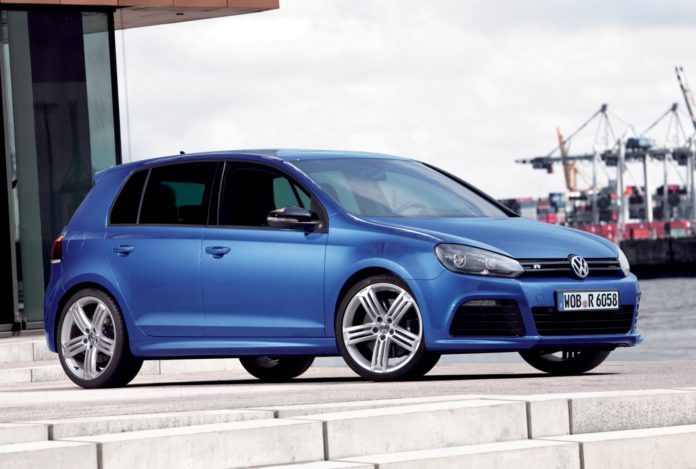 First introduced for the 2010 model year, the Volkswagen Golf R is the range-topping 255BHP four-wheel-drive model, which picks up the performance envelope where the brisk front-wheel-drive Golf GTI leaves it. The quickest and most performance-oriented version of the sixth generation of Volkswagen’s iconic Golf family hatchback range, the Golf R effectively replaces previous generation models’ 2.9-3.2-litre VR6 and R32 range-toppers, but replaces the heavier and thirstier higher displacement V6 engines for a highly tuned 2-liter turbocharged four-cylinder engine. Offered in three- and five-door versions, the Golf R combines practicality, performance and all-weather capability in one package.

A replacement for the 2003-2009 fifth generation Golf, the sixth generation is essentially a re-skinned update that addressed interior quality issues and much improved its predecessor’s design. With a seventh generation Golf just introduced in base model versions and a GTI version in the pipeline for 2013, the current Golf R still feels contemporary and capable, and is expected to be the last version to be replaced. With its clean and conservative yet handsome lines and more muscular body treatment, the relatively young R version Golf has a fresh sense of appeal with subtly hints of its performance potential and athleticism. 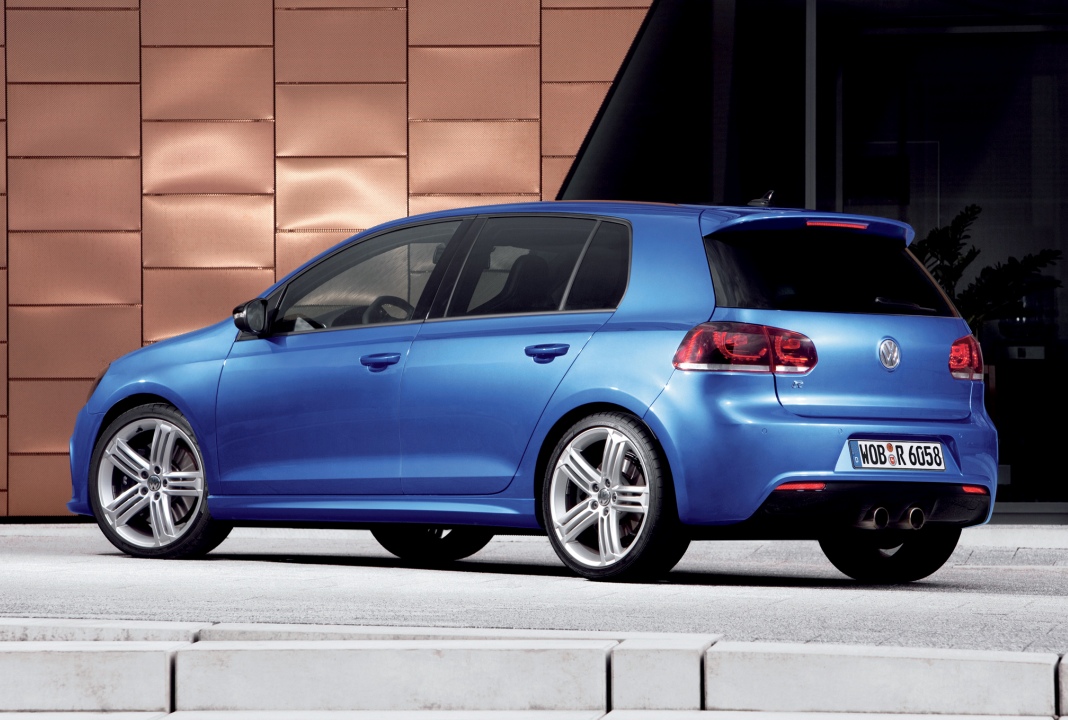 With a more rakish tilt to its front headlights than Volkswagen’s newest and more homogenized corporate fascia, the Golf R’s relative narrowness and height are emphasized by its front lights and its more muscular bumper treatment, which features a three-section air intake design. Subtle lines and a classic hatchback design un-marred by coupe-pretensions lend the Golf R its discretion and ability to not arouse too much attention, while the telltale signs are its sharp front air splitters, more aggressive bumpers and skirts, tailgate-mounted spoiler and more centrally located and prominent twin exhaust pipes. Offered in a variety of colours, blue best brings out both sides of the Golf R’s persona.

A much larger and heavier car than the original Golf that breathed new life into Volkswagen back in the 1970s, the current Golf has over the years grown into one of the largest hatchback classes available, and the five-door R version represents the model range’s best combination of full family car practicality and performance motoring. Seating five in comfort for its class the Golf R notably benefits from good front and rear headroom, while front width is adequately spaced. The Golf R’s boot can accommodate a very useful 413-liters luggage capacity with the rear seats up and much more when they’re folded down. 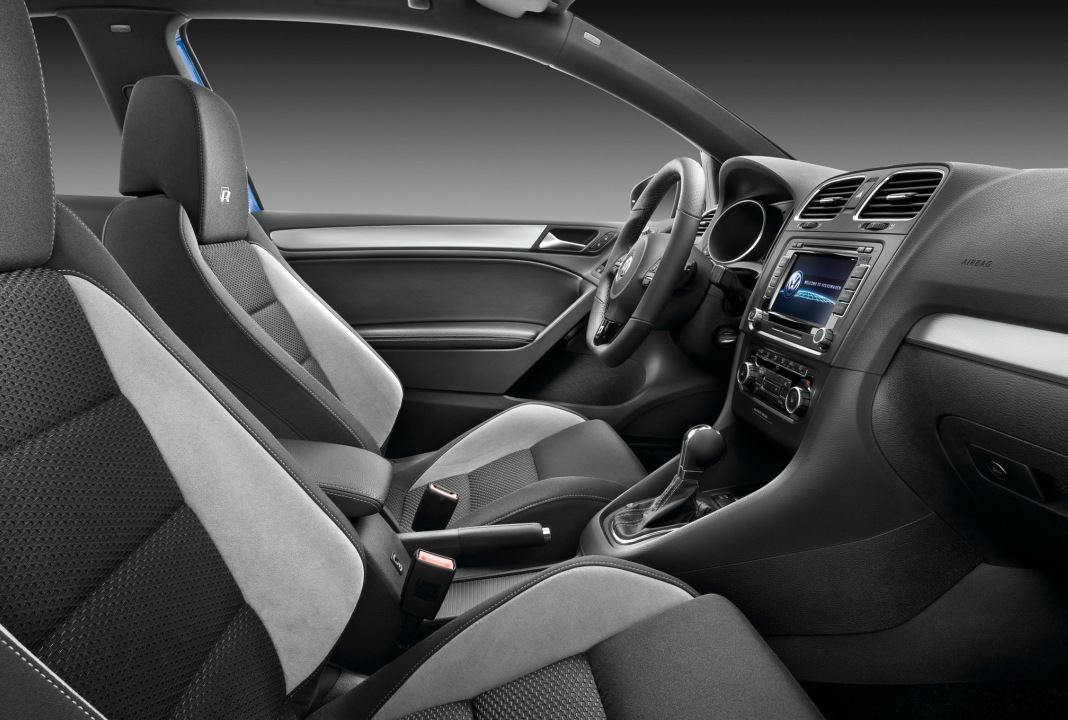 High bolstered and body hugging, the Golf R’s front sports seats keep one in place through corners and are comfortable but cozy, while its multi-function, reach and rake adjustable, leather-bound and contoured steering wheel is the right diameter and thickness, and falls well to hand. Fit and finish is a noticeable improvement over its predecessor, and feels robust yet up-market in texture. A sober, conservative and business-like environment, the Golf R’s layouts are symmetrical, elegant and logical. User-friendly functions and dials include prominent, large round speedometer and tachometer, and easy to find adjustable suspension and traction and stability buttons.

Even in de-tuned hot weather variants, the R version features the most powerful regular production engine fitted to a Golf, and betters its 3.2-liter V6 predecessor on power, torque and fuel efficiency. European spec versions receive 266BHP and 258lb/ft from the Golf R’s turbocharged direct injection 2-litre 4-cylinder engine. However, North American and Middle East models like the one featured are de-tuned to 255BHP at 6,000rpm and 243lb/ft at 2,400-5,200rpm to better cope with hot weather. Still more than enough to provide swift performance, the Middle East version can sprint to 100km/h in 5.7-seconds or possibly less, with a 250km/h top speed.

Driven with the optional dual clutch automated gearbox (DSG), the Golf R is at its quickest in acceleration and in making sequential gear shifts, as the system works by pre-loading the next gear up on even and odd clutches, and seamlessly shifts with almost no loss of momentum. On up shifts DSG is sensationally quick, but is less advantageous when one wants to make unanticipated downshifts of more than one cog. With its broad torque band the Golf R is muscular and flexible on-the-move, and picks up speed at a brisk and confident rate. With its torque band serving to underwrite its power build up, the Golf R delivers consistent performance.

Driven on a drag strip the Golf R was quickest off the line with its electronic stability and traction controls off, rather than on, when there was a moment’s hesitation in launching as the electronics prevented wheel spin. With the electronics off and the throttle pinned to the firewall, one releases the brakes and with a brief chirp as all four driven wheels dig into the tarmac, the Golf R lunges forward and on to the drag strip, during which it feels secure, planted and un-dramatically reassuring at high speeds. Returning 8.4l/100km combined fuel consumption compared with its R32 predecessor’s 9.7l/100km, the Golf R’s 103kg lesser weight also translates into a significantly lower front end with more eager and crisp turn in to sharp corners.

Stable at speed and eager into corners, the Golf R strikes a fine balance between refinement and excitement, with its adjustable suspension being noticeably different in default setting where it is comfortable but buttoned down, and in its track-oriented sport mode where it becomes considerably firmer and less forgiving. With direct, precise and clear steering weighting and speed, the Golf R turns in tidily and carries itself in a taut, poised and controlled manner through a sharp turn, with good lateral grip.  While its Haldex four-wheel-drive system reapportions torque and power to all four wheels to keep it swift and sure-footed through corners, the Golf R also benefits from terrific traction, which is useful for launching off aggressively in the dry and for more controlled wet weather drivability. 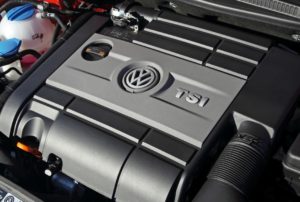 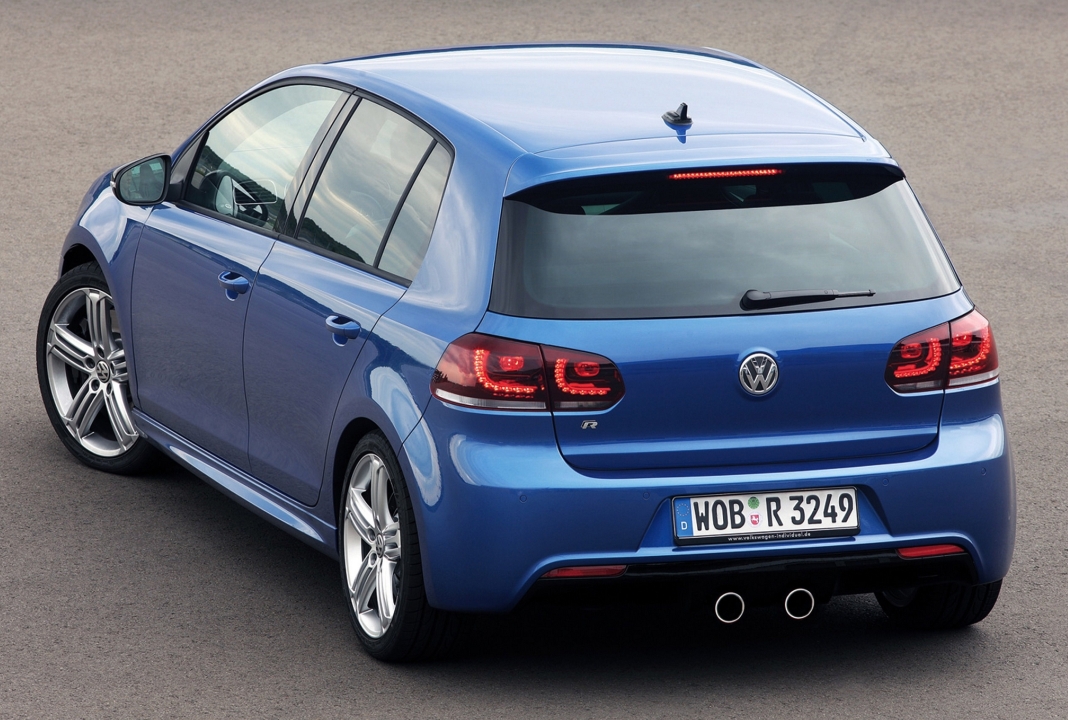