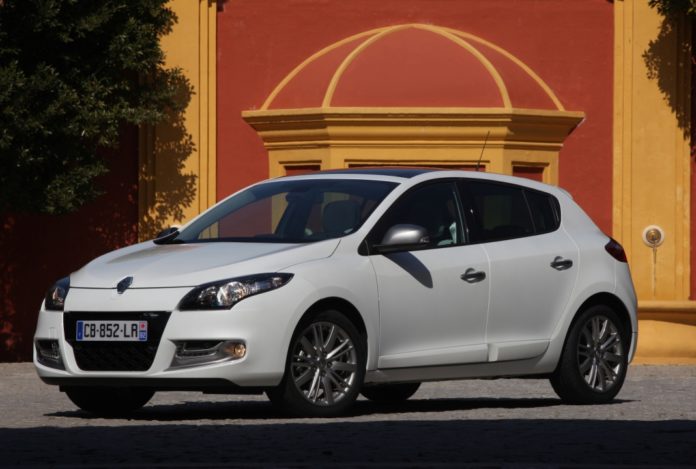 The all-new 1.2-litre TCe ‘Energy’ engine powered version of Renault’s recently face-lifted Megane range is a compellingly convincing all-rounder in the hotly contested family hatchback segment. While the Megane’s stylishly coupe-like design underwent a mild mid-life refresh earlier this year, the bigger changes are under the skin and include a new second-to entry level 1.2-litre turbocharged engine. An impressively capable powerplant in terms of performance and fuel efficiency, refinement and low emissions ratings, the Megane 1.2 TCe package is rounded off with its dynamic talents, which are an adroit compromise of direct handling and ride refinement for its segment.

A thoroughly modern engine designed for high efficiency and lots of useable torque for effortless daily driving, the Megane’s new 1.2-litre turbocharged and direct fuel injection four-pot has also been honed for refined, smooth and low noise operation. Developing 5BHP and 29.5lb/ft more torque that the naturally-aspirated 1.6-litre engine it will ultimately replace, the new engine operates at somewhat low revs for a petrol unit, but is quick in spinning up to its rev limit. With an emphasis on smooth and consistent delivery, the 1.2 TCe suffers negligible turbo lag, with its turbo quickly spinning up and delivering 140lb/ft throughout a broad 2000-4000rpm range.

While its headline performance figures of 10.9-second 0-100km/h acceleration and a 190km/h top speed are respectively good, it is however the Megane 1.2 TCe’s on-the-move performance that is more impressive. Fitted with a slick and precise 6-speed manual gearbox, one can very accurately keep the Megane 1.2 TCe in it broad engine sweet spot, through which it feels surprisingly muscular and responsive in building up speed, and is particularly useful for overtaking slower traffic or in tackling a steep incline. Revving briskly towards the top end of its rev counter the Megane 1.2 TCe’s power peaks at a maximum 113BHP throughout 4500-5000rpm. 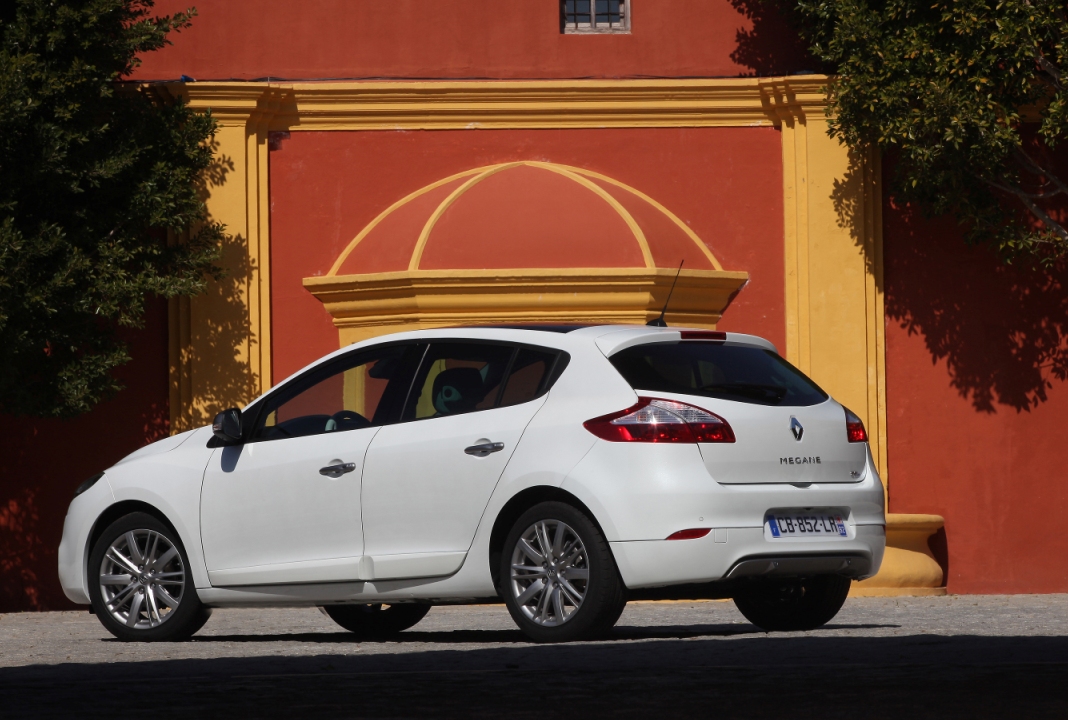 A relaxing yet fun car to drive on winding French roads as one works its light but intuitive clutch and six speed shifter, the Megane 1.2 TCe seems eerily quiet as its engine muscles through its peak torque and almost simultaneously goes into its maximum power band. At the end of the test drive one was still surprised at how such a small engine and modest power output could deliver such decent performance, smoothness and refinement. The other side of the Megane 1.2 TCe equation is its low fuel consumption, which is a penny pinching 5.3l/100km on the combined cycle, while its combined CO2 emissions rating is similarly low at 119g/km.

A smooth and quiet petrol engine with turbo-diesel like low to mid-range grunt, the Megane TCe’s punchy and high tech 1.2-litre engine and drive-train also incorporates supplementary fuel saving technologies. Equipped with a stop and start system, the Megane 1.2 TCe automatically shuts down its engine when stopped in neutral, and seamlessly re-starts when the clutch is depressed and one is ready to move again. Also benefitting from a kinetic energy recovery system the Megane 1.2 TCe’s alternator harnesses and stores electrical energy from when the vehicle is coasting and during braking. The alternator de-couples from the engine on throttle to reduce parasitic power loss and runs electrical systems from stored energy, and re-couples to engine power if the battery is depleted.

A family vehicle with big car refinement and traditional hatchback agility on backroads, the Renault Megane is confident, stable and re-assuring at speed or for long distance cruising, with excellent noise, harshness and vibration isolation. Riding slightly on the firm side, the Megane is however not without suppleness or nuance, and in fact drives quite fluently and comfortably over rough patches of road, which is something French cars and Renault typically do well. Walking a fine line between ride and handling, the Megane enough textured and fluid ride comfort with the right level of body control and firmness. 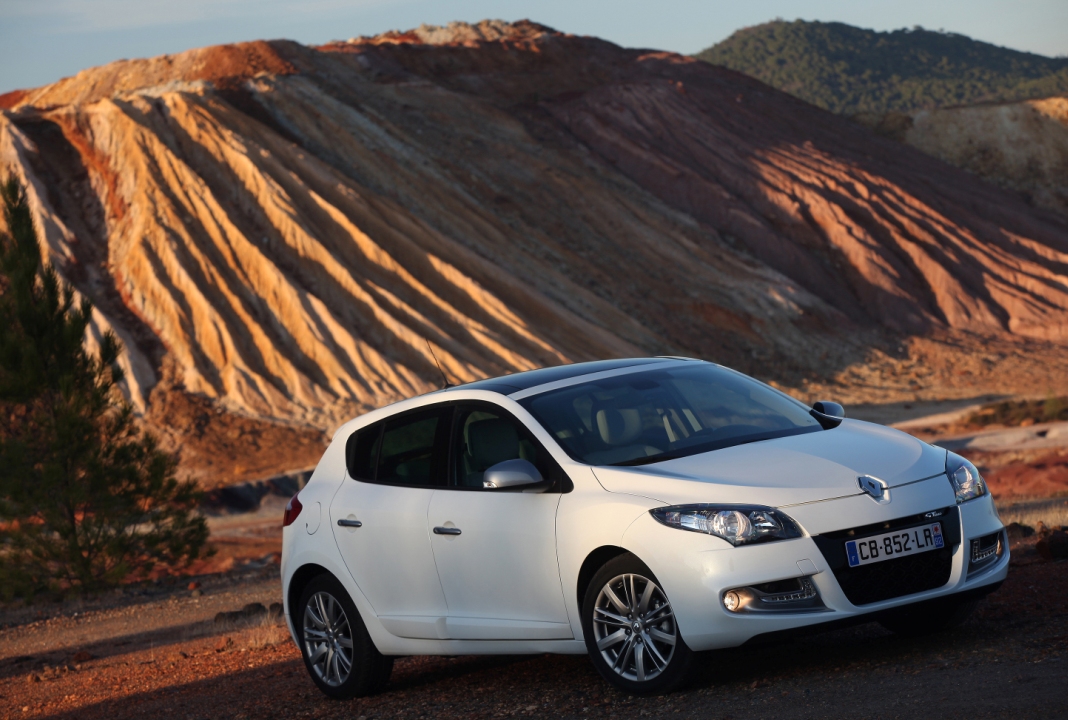 Driven through winding French B-roads the Renault Megane was poised and composed through corners, with excellent lateral grip levels, and was buttoned down and able to recover gracefully from sudden dips and crests. With quick but light steering, the Megane had a big car sense of directional stability, but also enough feel and texture to make its eager and sharp turn-in interesting through snaking lanes. Reassuring and refined when briskly weaving along B-roads, the Megane was also confident and in command of the imperfect tarmac, tight quarters and many corners, through which it maintained a firm grip, agility and good body control.

With stylistic changes for its 2012 face-lift mainly being confined to subtle bumper and light alterations and the introduction of new alloy wheel designs, the Megane still retains a handsome and stylishly French sense of aesthetic. Almost coupe-like in its lines, the Megane’s descending roof meets its pert rear at the right angle to give it a sense of athleticism, but without ruining rear headspace. From front views, the Megane’s elongated lights and concave bonnet emphasize its width and a sense of low road hugging presence, while a semi-circular bonnet line tapers on to become its A-pillars.

Spaced well for its class and with a multi-adjustable driving position that happily accommodates larger and taller drivers the Renault Megane also benefits from an ergonomic interior layout, with buttons and functions intuitive. A nice chunky gear lever falls easy to hand and is slick and precise in operation, which goes well with the Megane’s sporty thick steering wheel and clear instrumentation. With a little less French sense of flair than some sportier Renault products, the Megane 1.2 TCe however has one of the best and most business-like interiors in its class, combining a fair helping of soft textures with sober colors and layouts, as well as good materials and build quality. 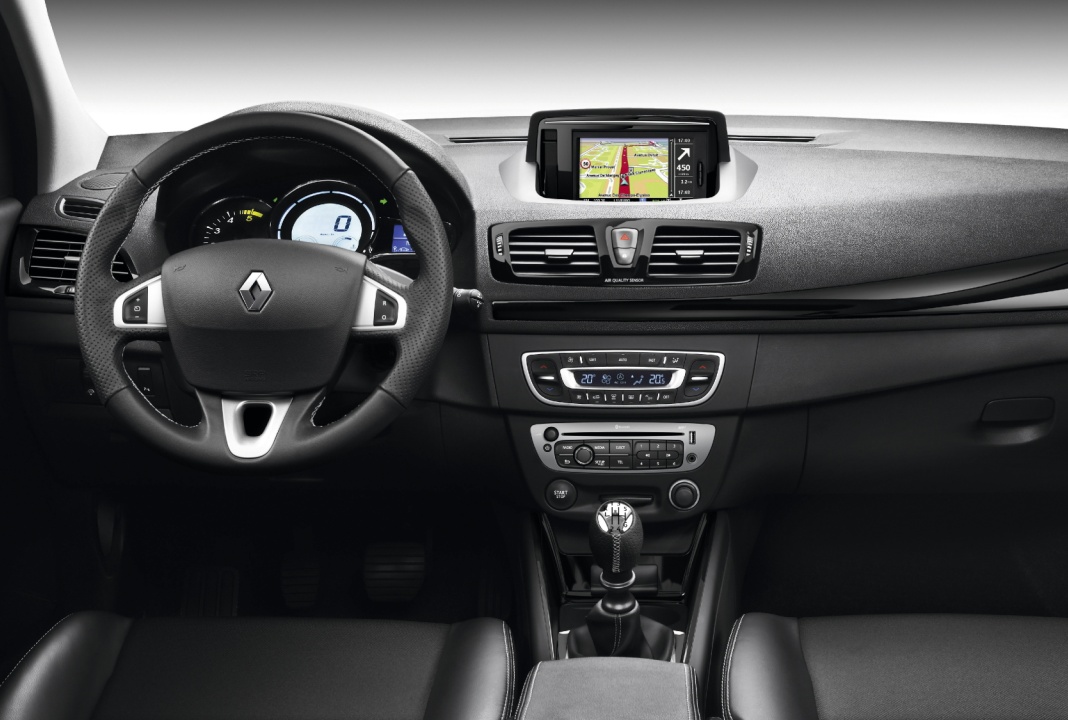