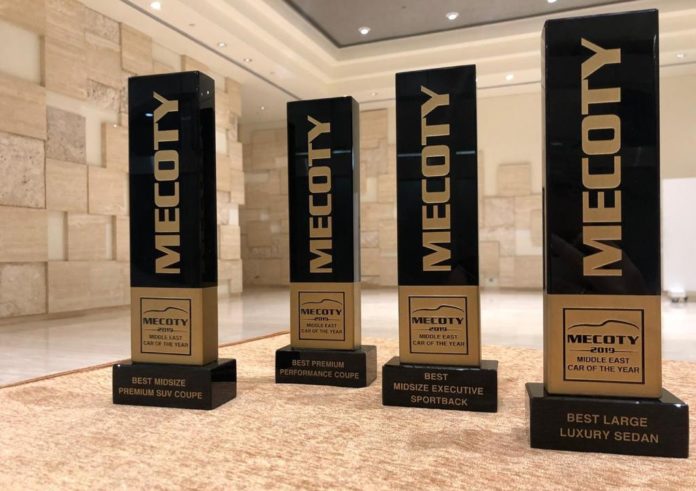 Beating the competition including both its own Volkswagen group Audi A8 cousin and unrelated Lincoln Continental Presidential American namesake, Bentley Continental GT bag the big prize at the sixth annual Middle East Car of the Year (MECOTY) awards in Abu Dhabi. The first vehicle from the luxury British maker to win the top overall jury award, the Continental GT was joined by the Bentley Bentayga, which beat the Rolls Royce Cullinan and Mercedes-AMG G63 for the Best Midsize Luxury SUV category prize

A big night for Audi as well, the German premium carmaker walked away with four prizes for five cars entered including both Best Large Luxury Sedan and Middle East Car of the Year runner-up positions for the Audi A8, and three more category wins for the A7 executive sportback, Q8 SUV coupe and RS5 performance coupe models. The wider Volkswagen group meanwhile scored a further three awards including two SUV categories for the Volkswagen Teramont and Touareg, and Best Supercar for the sensational Lamborghini Aventador S Roadster over the Ferrari 488 Pista and Porsche 911 GT2 RS for a total of nine category awards. 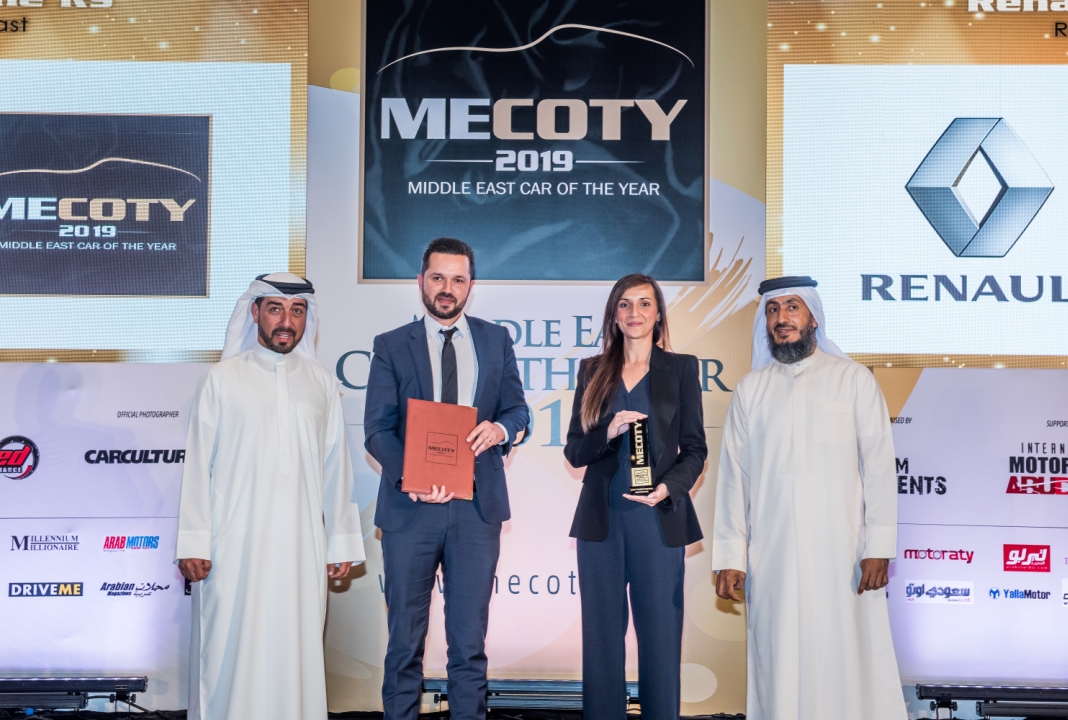 The biggest MECOTY since the inaugural 2014 event, this year featured 35 categories in addition to the top overall jury award and public vox pop award. The other big winner this year was Lincoln and its Ford parent company, which won a total of six prizes, including The Lincoln Continental, which claimed an overall runner-up position and Best Midsize Executive Sedan prize over the Audi A6 and Mercedes-Benz E350, while the Lincoln Navigator and Ford Expedition won an SUV award each and the F150 beat General Motors’ Chevrolet Silverado and GMC Sierra sisters for the top truck honour.

Ford again took prizes for the Mustang GT and Tourneo Custom, which prevailed over the Chevrolet Corvette ZR1 and Mercedes-Benz V-Class in their respective Performance Coupe and Premium MPV categories. However, and in a sign of attainability trumping glamour and performance for car buyers, both Mustang GT and Corvette ZR1 came in runners-up to the very affordable, practical and sensible Renault Duster compact SUV, which won the non-jury online voting Public car Of The Year award. A big winner at MECOTY 2019, Renault’s Zoe also won the Electric Vehicle special award, while the thoroughly well-rounded and exceptionally impressive Renault Megane RS scooped the Performance Hatchback prize.

As luxuriously opulent inside and well-equipped as expected of a powerful high-end grand touring coupe, the new Bentley Continental GT is also distinctly sharper looking car than its predecessor. Incorporating an advanced superformed aluminium body and new rear-drive based and biased four-wheel-drive platform with the engine set further back for a longer bonnet and wheelbase, the new Continental has classic proportions and detailing at once traditional in feel yet distinctly contemporary. For improved comfort and handling, it features electric motor driven adaptive anti-roll bars.

A high tech tour de force and futuristic luxury flagship pointing at Audi’s future the A8 sets a high bar for competitors. Built using a lightweight aluminium frame, the swift, smooth and safe A8 debuts a standard 48v mild hybrid system that doesn’t interfere with the drive-line but improves efficiency. With many more optional tricks and tech up its sleeve, the A8 features the world’s most advanced AI autonomous driving system, electric motor powered suspension, four-wheel-steering, self-parking and more.

Alluding to Lincoln’s past glory days in US Presidential service, the modern Continental Presidential represents the American luxury maker’s finest and most decisive modern comeback. With luxury experience and passenger comfort at forefront, the extensively-equipped Presidential boasts fine leathers and materials and a spacious, serene and stylish cabin. Beyond its luxury emphasis, the Continental Presidential’s powerful twin-turbo V6 engine, tidy handling and tenacious four-wheel-drive road-holding make it an effortlessly swift and thoroughly composed and committed car to be reckoned with.

The people’s car among modern SUVs, the Duster is not the first or only affordable SUV. However, its global success on its versatility and value as a practical and popular high-riding family SUV combining just right features and functionality, just right compromise between off-road ability and on-road manners and comfort and just right compact yet spacious size. Introduced last year in its second generation, the new Duster is evolutionary, and features an improved interior and refinement, and sharper styling and steering.

Other nominees: Audi A6, Mercedes-Benz E350

Other nominee: Mercedes-Benz A250