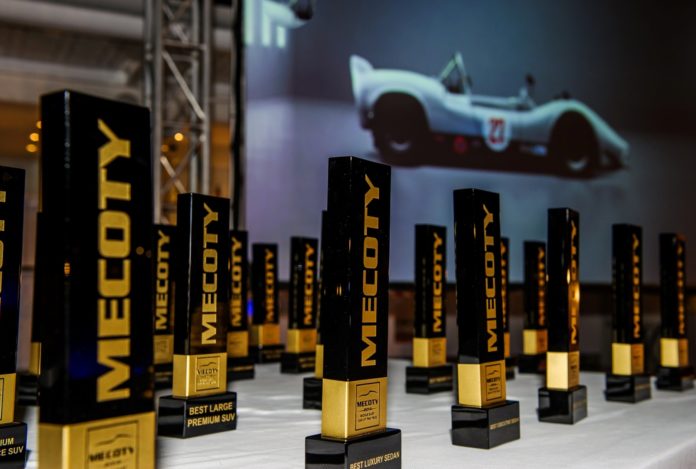 Held in late November in Dubai, the Middle East Car (MECOTY) of the year Awards saw the Mercedes-Benz S-Class luxury car walking away with both the coveted overall Car of the Year award and the Best Luxury sedan in its own segment that also included stiff competition from the Maserati Quattroporte GTS, Jaguar XJR and Bentley Flying Spur. The inaugural event for the Dubai-based regional awards body, the 2014 MECOTY awards were based on scores allocated and voting by a jury panel of 14 motoring journalists.

Voting in 19 categories on criteria that included design, handling, safety, performance, technical innovation, driver satisfaction, emotional appeal, value, comfort, efficiency and regional suitability, in addition to a special award and a Consumer award voted on by the public. Announced at the Meydan Beach Club in Dubai’s waterfront Jumeirah Beach Residence locale, the Dubai Properties-sponsored MECOTY awards ceremony was held outdoors. An outdoor exhibition of nominated cars was also on display to the public over the weekend of the awards.

A car that has often set the standard in and defined the luxury segment in different eras, the latest generation Mercedes-Benz S-Class is a highly refined, spacious, smoothly comfortable and luxurious VIP-chariot packed with high tech safety, infotainment and comfort features, including an optional suspension system that uses radar to read approaching road texture and preemptively adapts for it. Offered in a broad range of engines and specification, the S-Class can be had from basic fuel efficient luxury car to high performance AMG version to extra-long wheelbase Pullman limo and soon even in ultra-luxury Maybach guise.

Picking up where the 12C left off, McLaren’s new 650S supercar carries over much of its predecessor’s technology but hones it for a sharper, more focused and intense experience. Visually, the 650S adopts a similar front design as McLaren’s P1 hybrid hypercar. Under the skin, the 650S boasts light and stiff carbon-fiber construction and a 650HP twin-turbo V8 with tractable low-end and ferociously high rev limit. Innovative hydraulic suspension provides flawless driving fluency in terms of handling ability and ride comfort.

Applying high tech solutions for an uncomplicated lightweight driver-focused sports car, the Alfa Romeo 4C uses a stiff and light carbon-fiber frame, aggressively-boosted 240HP 1.75-liter turbocharged engine and un-assisted steering for rapid 4.5-second 0-100km/h and spectacularly agile handling. Faced with especially stiff competition from the Lotus Evora for Best Sports Coupe, the Alfa 4C was nevertheless one of the hottest contenders for the overall 2014 Car of the Year award.

Another close competitor for this year’s top MECOTY award and Best Performance SUV winner, the Range Rover Sport is pretty much all the car that anyone could ever need. Utilizing complex but effective adaptive suspension systems and adroit tuning, the Sport handles with a buttoned-down confidence and agility like few other SUVs. However, when the going gets rough, it wades through water, mud and whatever else is thrown its way with true Range Rover ability.

Stylish and seductive, the F-type coupe harks back to Jaguar’s most famous 1960s E-type sports car and also encapsulates its’ contemporary design and persona. With a three-dimensional sense of design flow, the curvy and tightly penned F-Type is aesthetically pleasing from any angle. Agile, responsive and balanced, the F-Type’s handling is complemented by a range of supercharged 3-liter and 5-liter engines with prodigious performance deployed in a seamlessly effortless surge from tick-over to redline.

Special Award – The Future: BMW i8 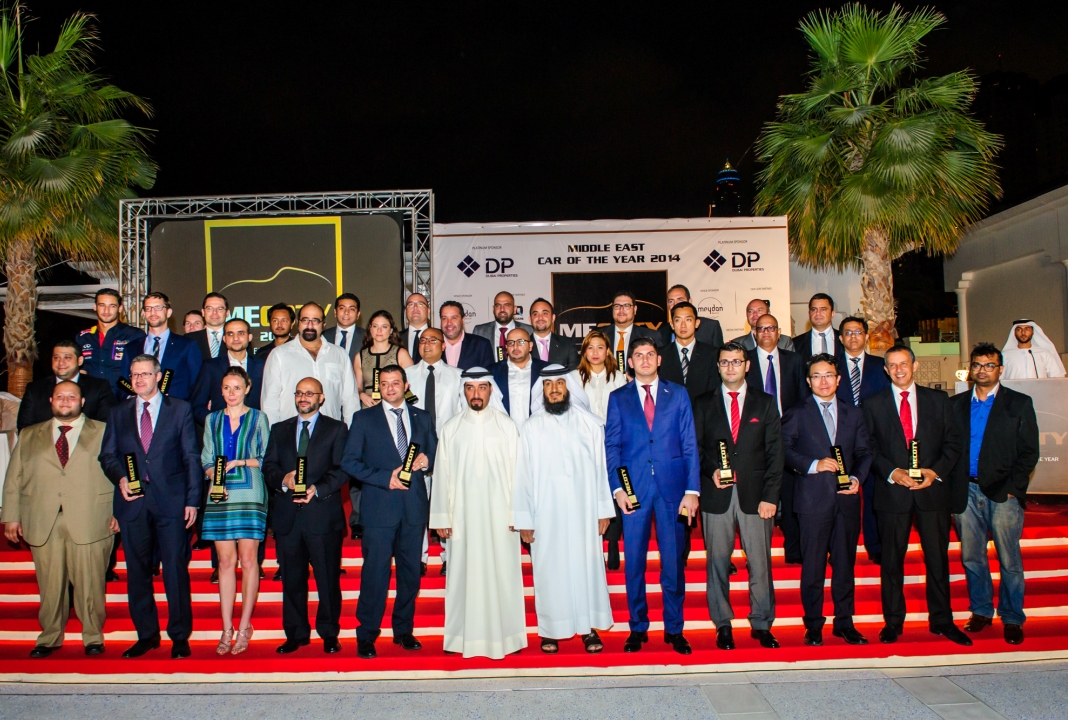