The first manufacturer to win a second Middle East Car of the Year (MECOTY) top honour since the regional UAE-based awards started back in 2014, the Volvo XC60’s victory comes just two years after the Swedish manufacturer took the same award for the larger XC90 SUV. A night of vindication for Volvo at the 2018 MECOTY awards ceremony at the Abu Dhabi National Exhibition Centre, the XC60 was awarded both the overall Car of the Year (COTY) and Midsize Premium SUV. Meanwhile, Volvo’s other entrant, the freshly launched XC40, won the Small Premium SUV award.

Based on a 10 criteria scoring process and voting stages from a list of nominated cars in the Middle East’s sole independent automotive awards event, the XC60’s victory stands to be a ringing endorsement as Volvo pitches its stall more decidedly in the highly competitive and German-dominated premium car market, and as a recent returnee to the Jordanian market. Winner of last year’s MECOTY award and missing out only to Volvo this year, Audi meanwhile scored three wins out of five entries, including the best Sports Coupe and Premium Sports Coupe categories for the Audi TT RS and S5.

Audi’s highlight this year was however the RS3 Sedan, which both beat the much-heralded Alfa Romeo Giulia Quadrifoglio for the Small Performance Sedan award and scored a runner-up position for the top COTY award, alongside the Range Rover Velar. Having been overshadowed by nearly across the board Audi victories last year, Mercedes-Benz made a better showing this year, and also raked up three category awards for the S-Class, AMG GT and E200 Cabrio over the Lincoln Continental, Lexus LC500 and Jaguar F-Type 2.0.

A perennial performer at MECOTY, Ford fielded a strong line-up and was rewarded with best Truck and Performance Coupe awards for the F150 Raptor SVT and Mustang GT350 Shelby. Ford’s Lincoln luxury sub-brand meanwhile scored an upset against the BMW 5-Series for the Midsize Executive Sedan segment, which was echoed by similar upsets with the Volkswagen Arteon usurping the Porsche Panamera as best Large Executive Sedan, and the Maserati Levante missing out on the Best Midsize Luxury SUV honour in lieu of the Range Rover Velar.

Also unexpected was Nissan and its Inifiniti premium brand narrowly missing out on any wins, despite a competitive number of nominees in various categories. Volkswagen meanwhile won the Performance Hatchback category for the second year running, this with the revised and thoroughly well-rounded Golf GTI over the Infiniti Q30, and last year with the pre-revision Clubsport edition of the same car. Lamborghini meanwhile scored a highly deserved and long overdue victory in the best Supercar category, with the Huracan Performante beating three-time winning British manufacturer McLaren’s 720S nominee.

Organized by Custom Events L.L.C., MECOTY’s test drive scoring system is conducted by a 15-member jury panel of specialized print, online and TV motoring journalists and media representing the UAE, Jordan, Lebanon, Egypt, Oman, Saudi Arabia, Bahrain, Kuwait and Qatar. Competing for 23-categories and an overall Car of the Year (COTY) award, nominated cars include the best recently launched and eligible cars. Meanwhile, a non-jury vox pop Public Car of the Year honour is also awarded, which this year served as both consolation and vindication for the innovative Peugeot 3008’s loss the Honda CR-V, in the Small SUV category.

Undergoing a design, engineering and technological revival in recent years, Swedish manufacturer Volvo hits the nail on the head again with a fresh and distinctly Scandinavian take on the popular midsize premium SUV segment. Along with a stylish and jutting design and exquisitely well-appointed and welcoming cabin ambiance, the XC60 boasts a raft of highly advanced driver assistance and semi-autonomous systems to enhance driving comfort and safety. Built on a modular platform, the XC60 is exclusively powered by four-cylinder engine, including supercharged and turbocharger T6 and hybrid T8 variants.

Comparatively understated yet brimming with urgency, the Audi RS3 Sedan is a modern revival of an old and sorely missed small fast saloon car formula that has discretely left quite the impression on those in the know. Powered by a brawny 5-cylinder engine harking back to Audi’s glorious Group B rally years, the RS3 Sedan is a brutally quick yet practical four-door, three-box saloon that is easy to drive and maneuverable, with committed four-wheel-drive road-holding, high speed stability and agile handling.

Among the iconic Italian supercar maker’s finest cars, the Performante is a honed, toned and more focused Huracan able to mix it with the world’s top hypercars, In addition to recalibrated suspension, steering and four-wheel-drive, it receives lighter carbon-fibre components, 30BHP more power and an advanced active aerodynamic system channeling air for improved performance, road-holding and agility. Flattering and phenomenally quick, it dispatches fast winding routes with a perfect combination of commitment, composure and pointy adjustability.

The latest iteration of the car that invented the hot hatch, the Volkswagen Golf GTI remains a byword for practical performance driving. Among the best rounded cars there is, the GTI is fun and fast yet sensible and spacious, with a reserved yet athletic design, clear sightlines, ergonomic driving position, agile handling and settled, forgiving ride. Receiving a mild power hike to 227BHP and bigger, more advanced infotainment and safety systems, the recently face-lifted version is both visceral and technologically modern. 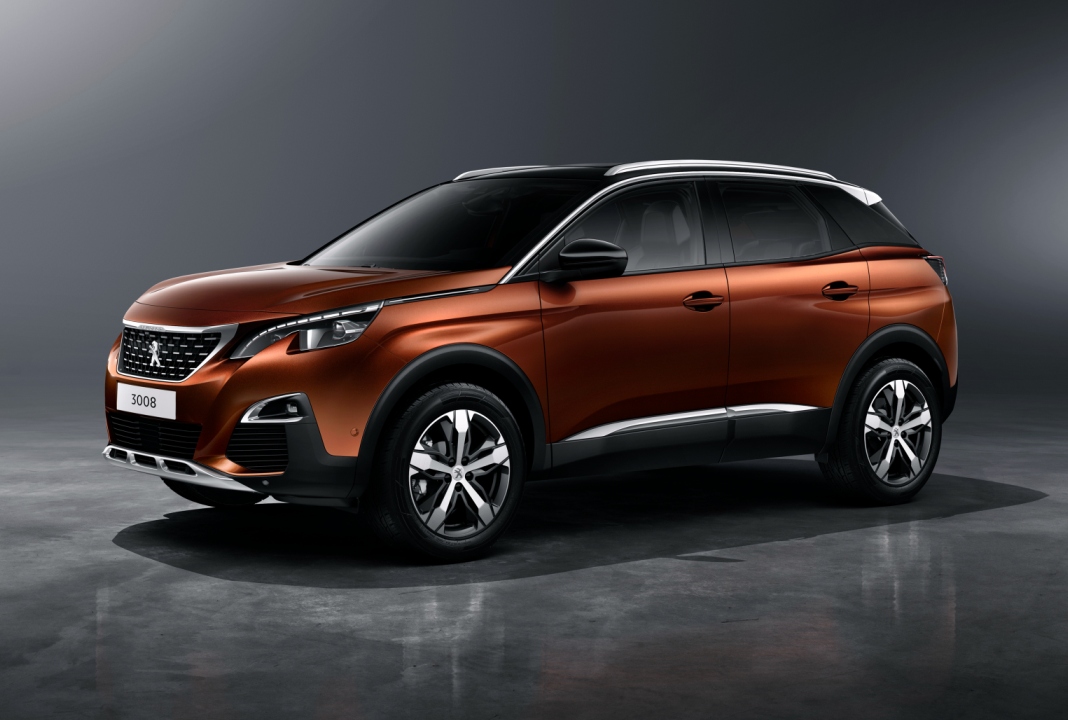 Competing in a crowded segment, the Peugeot 3008 is an agile and comfortable compact SUV with perky yet efficient performance, spacious cabin and stylish design inside and out. More so, it is an innovative and sensible front-wheel-drive vehicle with clever electronic off-road driving aids and posh big car features including massaging leather seats, scented ventilation, optional real wood trim and a high tech configurable cockpit-like digital instrument panel.