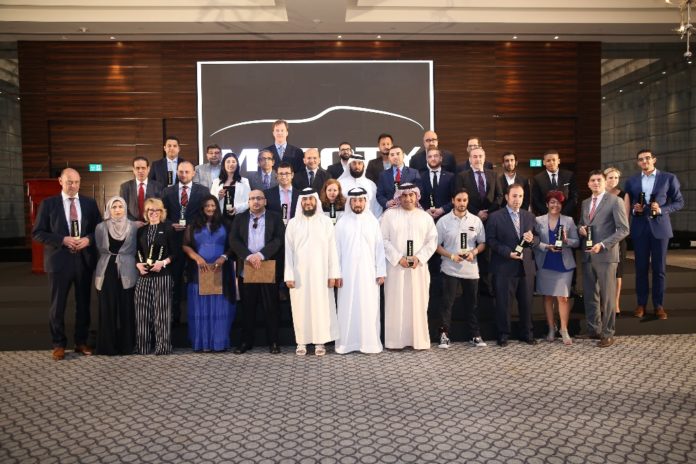 Conferred the top accolade top at the annual Middle East Car of the Year (MECOTY) ceremony, the Audi R8 V10 is the fourth car to claim the prestigious regional award. Named overall Car of the Year and Best Supercar following a grueling nomination and voting stages based on a 10 criteria scoring process the mid-engine R8 V10 supercar secured the top jury choice against competitors, which included the stylish, safe and sophisticated Volvo S90 executive saloon and fashionably feline Jaguar F-Pace sports SUV. Runners up for top honours, the S90 and F-Pace took trophies in their respective Midsize Premium Sedan and Compact Performance SUV categories.

However, and despite strong showings from other manufacturers, the 2017 MECOTYs proved to be Audi’s night, with Ingolstadt’s famed four ring brand claiming a total of seven awards, including the R8’s COTY and category victories. Expectedly sweeping the Compact Premium Sedan and Midsize Premium Performance Sedan trophies with the advance A4 and brutal RS7 models, Audi fought of fierce competition from Mercedes’ AMG S63 4Matic and CLC-Class to claim the Large Premium Performance Sedan and Best Compact Premium SUV gongs respectively with the S8 Plus super-limo and hot five-cylinder RS Q3, with only the SQ5 failing to take the prize in its tightly contested category. 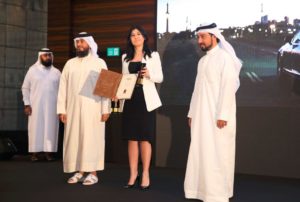 Clearing up five category wins with six nominated cars, the Audi TTS also unexpectedly took the Sports Coupe award, against the hotly-tipped and more powerful, but costlier and less-accessible BMW M2. Probably the biggest upset among otherwise expected results, the M2’s surprising loss was echoed by the prodigious Dodge Challenger Hellcat’s loss to the Chevrolet Camaro SS and the Nissan GT-R’s loss to the Jaguar F-Type SVR in the Performance Coupe and Premium Performance Coupe categories. Missing out on prizes in four out of five categories, Mercedes-Benz however pulled of one the evening’s most spectacular upsets, with the SLC-Class beating the Porsche 718 Boxter as Best Compact Premium Convertible.

A string of expected results included the Volkswagen Golf GTI Clubsport as Best Performance Hatchback and the rugged Ford Ranger as Best Midsize Truck against the thoroughly capable Nissan Navara, while the updated Infiniti QX50 proved its enduring ability by beating the all-new Cadillac CT5 as Best Premium Crossover. Not faring as well as sister brand Audi, Volkswagen unexpectedly lost two of three segments in tightly contested segments. Ford meanwhile scored a hat trick, with all three entries claiming prizes, including a close contest between the Ford Edge and Volkswagen Tiguan, and a more expected win for the Ford Figo against the Chevrolet Spark. 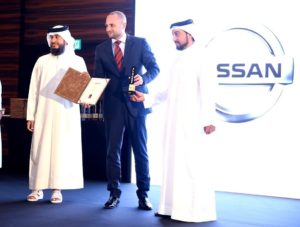 Held over the weekend alongside the Abu Dhabi Motor Show and Custom Show Emirates at the Abu Dhabi National Exhibition Centre and organized Custom Events L.L.C. the MECOTY awards pits the best among the region’s newly arrived cars and is the Middle East’s sole independent automotive awards. With a slightly revised jury pool consisting of various independent and specialized automotive print, online and TV media representing the UAE, Jordan, Lebanon, Egypt, Oman, Saudi Arabia, Bahrain, Kuwait and Qatar, and bringing variety of opinion and expertise, the MECOTYs are the most credible such regional award.

In its fourth iteration and with its jury pool expanded from 12- to 15-members for 2017, the MECOTY featured 24 different nominated categories, in addition to the top overall Car of the Year (COTY) award, voted for and selected jurors from among them. Scored on ten criteria each and based on juror evaluation test drives of eligible cars according to regional availability and market release dates, category winners from among those nominated then compete for the top COTY. Alongside jury awards, MECOTY also features a vox pop public voting award and two non-jury recognitions awarded by the organizers. 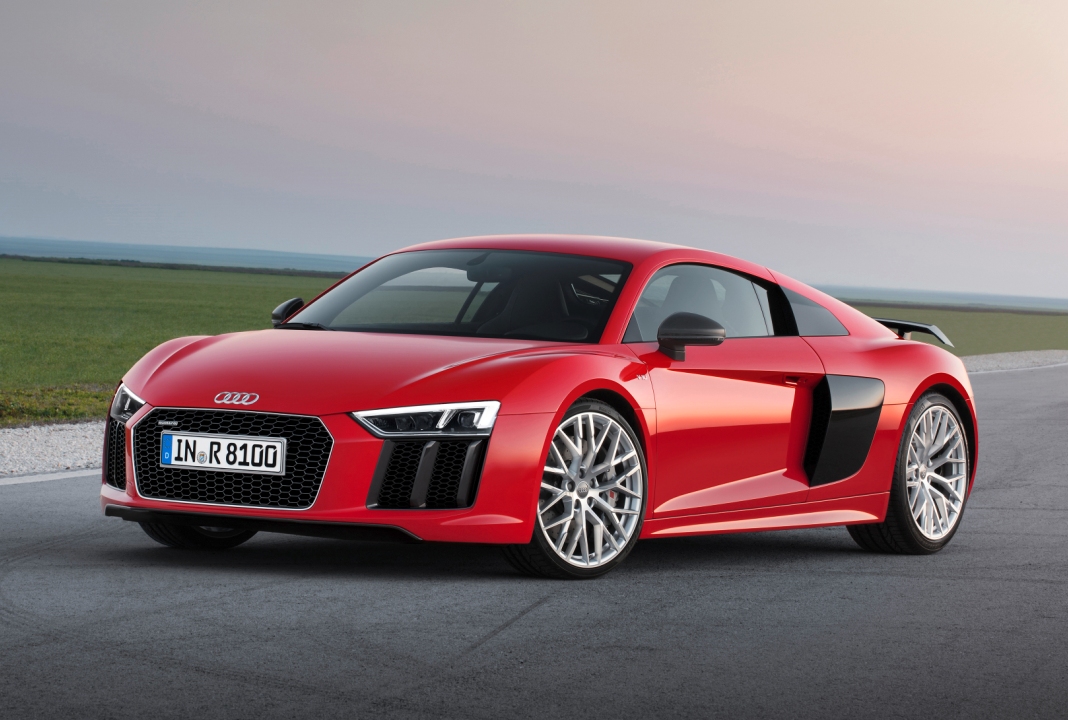 Evolutionary rather than revolutionary in design, engineering and approach, the new Audi R8 V10 would seem little different to the untrained eye. However, behind its familiarity the new second generation R8 is an all-new model, with its seemingly little differences accumulating to a thoroughly improved product. Taking its game head on with exotic and Italian brands including its own Lamborghini Huracan cousin, the R8 is the accessible and most affordable supercar, with a spaciously accommodating cabin, excellent visibility, delicately precise handling and reassuringly tenacious four-wheel grip. With V8 and manual gearbox options dropped, the R8 is now exclusively offered with dual-clutch transmission and a sensationally high-revving 5.2-litre V10 engine in 533BHP or 602BHP tune. 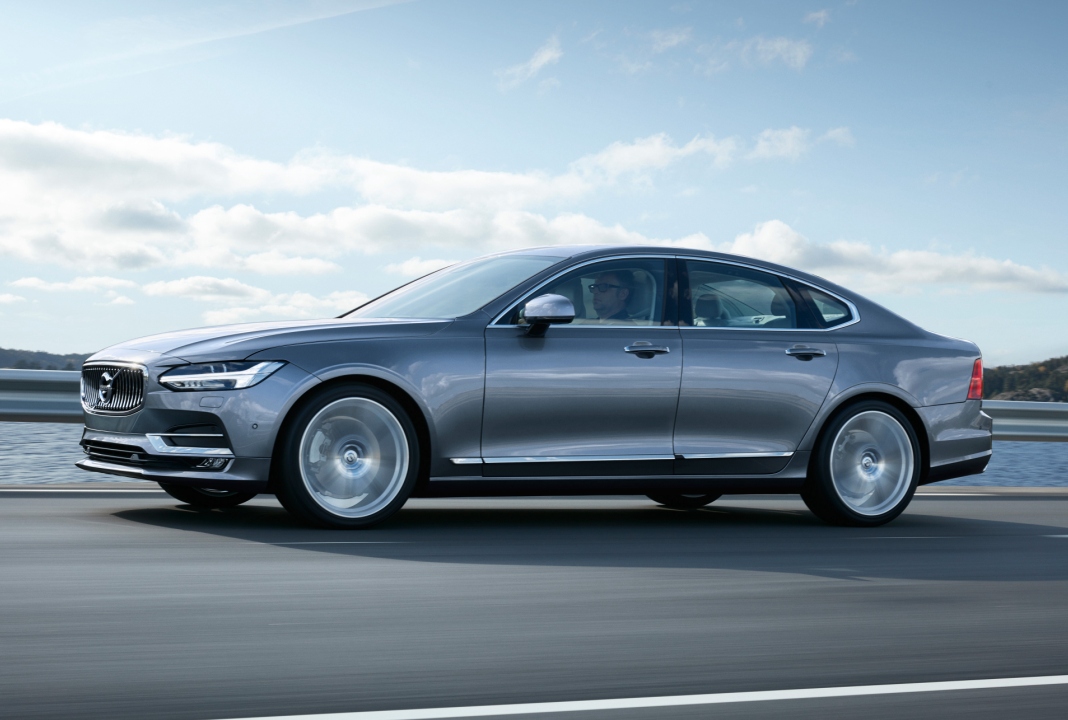 The second arrival in the Swedish automaker’s brand revival and build on a new modular platform devised for both combustion engine and hybrid application, and car and SUV use, the S90 is sophisticated, stylish and a subtle nod to past Volvos. Powered exclusively by high output and high efficiency forced induction 2-litre four-cylinder engines – including the turbo- and supercharged 315BHP T6 variant – the S90 features highly advanced semi-autonomous driver assistance and safety technology and is finished with natural interior materials in an airy and ergonomic manner. 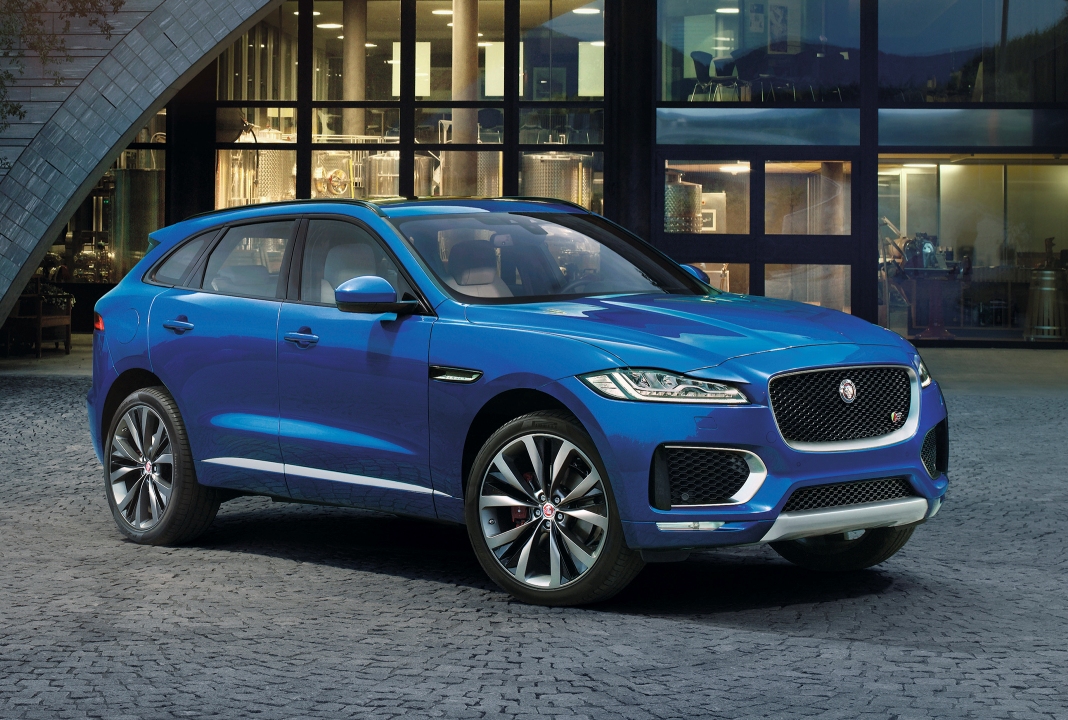 Much anticipated and expected to greatly broaden the British brand’s appeal in the German-dominated premium segment, Jaguar’s first SUV stays true to the luxury and sports car maker’s “space, grace and pace” mantra. With a feline and elegantly urgent design, and thoroughly well-appointed and well-kitted cabin, the F-Pace is sold regionally with a choice of responsive and consistent 335BHP and 375BHP supercharged 3-litre V6 engines, the F-Pace also delivers terrific and well-compromised ride and handling qualities for its segment.