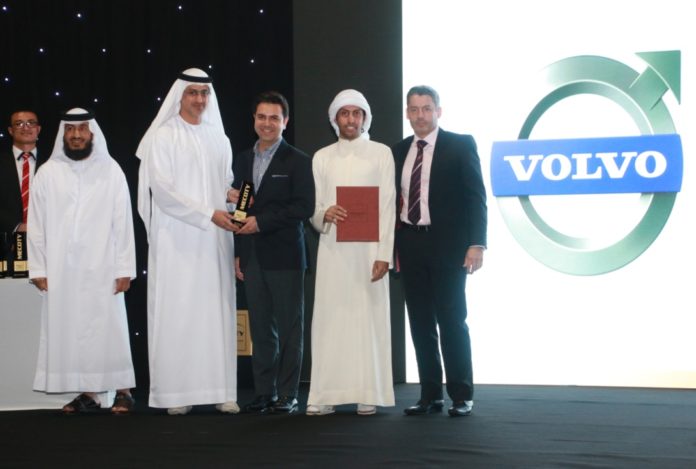 Awarded top honours at the annual Middle East Car of the Year (MECOTY) ceremony, the Volvo XC90 becomes the third car to win the prestigious regional award. Voted overall Car of the Year through a thorough nomination and 10 criteria scoring process the XC90 premium SUV claimed the jury’s overall top choice in a tight contest with the McLaren 570S exotic high tech sports car hot on its heels as runner up, along with the yet more luxurious SV Autobiography version of Land Rover’s iconic Range Rover.

Pitting the best regionally available new cars against each other, the MECOTY awards is the Middle East’s only independent and most credible automotive. With a 12-member jury of established and specialist print, online and TV media motoring media of various nationalities and representing publications and outlets in the UAE, Jordan, Lebanon, Saudi Arabia, Bahrain, Kuwait and Qatar, MECOTY pooling together a variety of opinion and expertise. 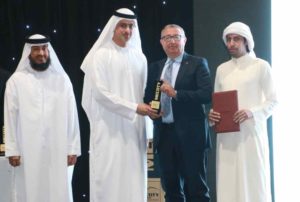 Scored on ten criteria each and based on juror evaluation test drives of eligible cars according to regional availability and market release dates, category winners are complemented by an overall award, chosen from a second round of voting among the top scoring vehicles. Meanwhile, the Public Car of the Year award, is based on vox pop online voting, and was won by the Audi Q7, which was coincidentally the Volvo XC90’s rival in the Midsize Premium SUV category. 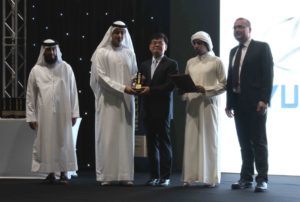 With ups and downs for various manufacturers, even the focused and enthusiast pleasing Lotus Elise lost out to the Mazda MX-5 in the Sports Convertible category, while the glorious Lamborghini Huracan LP580-2 and 610-4 Spyder ceded prizes to the McLaren 570S and Ferrari 488 Spider in their respective Premium Performance Coupe and Premium Performance Convertible segments. Neck to neck in the Small SUV segment, the Kia Sportage bested its’ sister brand’s Hyundai Tucson, while the biggest and most unexpected upset was rugged yet refined and highly capable Ford Ranger missing out on the Midsize Truck trophy.

A contrast to last year’s viscerally charged Ford Mustang MECOTY winner, this year’s top award went to the more clinical but deserving Volvo XC90. Much anticipated, the Swede SUV is the face of Volvos to come and highlights the Swedish brand’s sophisticated new design language, luxuriously minimalist interiors and versatile platform. Featuring a new 2-liter forced induction engine in all models, including a hybrid version. Strong on efficiency and safety, the XC90 features a comprehensive suite of advanced safety and semi-autonomous driving assists, bringing Volvo closer to its ambitious target of zero fatalities in its vehicles by 2020.

A more accessible and affordable McLaren and the first of the British high tech exotic brand’s Sport Series cars, the 570S is designed to be an involving, intuitive and agile yet less complex car. Based on the same basic 3.8-litre twin-turbo engine and carbon-fiber and aluminium frame as its’ more powerful 650S sister, the 570S however features a more traditional suspension set-up and fixed aero kit, rather than the former’s sublime hydraulic suspension and active aerodynamics. Billed as a sports car for its almost telepathic chassis and steering reflexes and connectedness, the 570S however delivers super car performance.

Despite giving away 14BHP and 0.1-seconds in 0-100km/h acceleration to its’ Mercedes-Benz AMG A45 rival, the Audi RS3 confidently romped home with the prize in the mega- or hyper-hatch segment. Scoring big for its composed and agile handling, the RS3 is compelling package with tidy turn-in, enormous road-holding, cornering commitment and drive-line fluency. Classy and understated for this segment, the refined RS3’s design, ergonomic cabin and 2.3-liter turbocharged engine also impressed, including the latter’s signature 5-cylinder burble and tractable low-end responsiveness.

A class act executive saloon with sleekly elegant yet athletic lines, luxurious interior, classic front-engine rear-drive layout and a host of advanced driver assistance and infotainment features, there was little doubt of the Jaguar XF’s chances in this segment. Built on a lightweight aluminium frame and with fluently crisp handling and supple smooth ride quality, the XF also scored well for its 3-litre supercharged V6 engines’ robustly consistent delivery.

Handsome, well-equipped and affordably accessible, the Ford Explorer is a tough package to beat, with 7-seat practicality, cavernous interior and extensive convenience, safety, driver assistance and infotainment systems. When first launched in 1991, the Explorer was the right car at the right time to feed into customers’ growing SUV preference with a more practical and manageable compact SUV. Now more car-like in terms of a smooth supple suspension and frame, the Explorer also features a powerful yet efficient twin-turbo direct injection twin-turbo engine.

Other nominee: Mercedes-Benz AMG A45