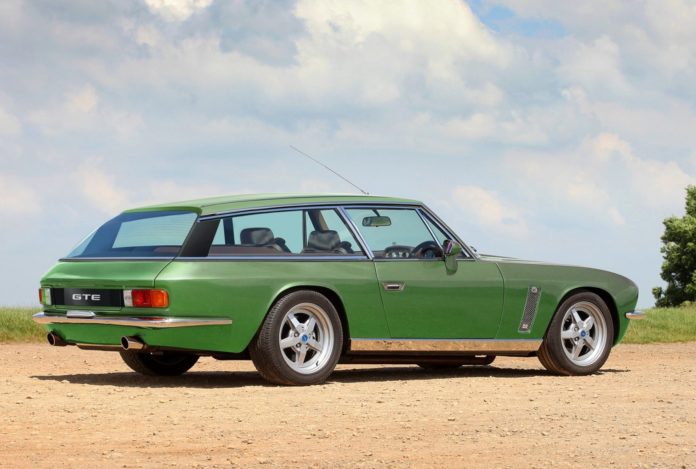 Brought to our attention in a Facebook post earlier today from Banbury-based makers of the restomoded Interceptor R, Jensen International automotive, it is unclear as of yet whether the green Interceptor R shooting brake is the real deal or just a very well made rendering to whet our appetites.

Meanwhile, given the single side vent behind the front wheel-arch, the pictured shooting brake is assumed to be a regular rear-drive Interceptor R, and not the even rarer ‘special project’ Jensen FF R four-wheel-drive version.

Extensively restored, re-engineered and modified as a more reliable, powerful, better handling, better riding and modern application of the classic Interceptor, the Interceptor R features hand-made re-upholstering and cabin elements, including period-style stereo. The interceptor R is powered by a GM 6.2-litre V8 engine pumping out 430BHP in naturally-aspirated guise and 560BHP in supercharged form in place of the original 1960s and 1970s Interceptor’s Chrysler V8s.

Watch this space for more information about the Interceptor R shooting brake, as it becomes available…