Back in the late 1920s cars were becoming ever fancier with Cadillac’s super-smooth V16 behemoths of luxury, refinement and style finally arriving by 1930 just before the great depression became greater. During the 2000s with oil supplies shrinking and prices soaring until recently, there seemed to be more fast, luxurious, large and expensive cars than ever with the Bugatti Veyron perhaps topping the list of such production cars. On the eve of the US invasion of Iraq and the eventual economic ruin this misadventure would cause, Cadillac had unveiled their most glamorous, outrageous and luxurious car ever.

The showcase car of the 2003 Detroit auto show, the Cadillac Sixteen concept was one of the wildest cars one could imagine, with 16-cylinders, a thousand horsepower and ultra-refined luxury and smart technological solution, but alas it was a car not to be, for while it exhibited Cadillac’s strides forward in technology, style and refinement, the Sixteen was sensibly and wisely, but unfortunately for auto aficionados, not approved for production, by a narrow margin. Had it been produced it would surely have been the world’s most luxurious car and at the same time on of the most beautiful and most powerful at that time, but with economic ruin hiding around the corner, would have been out of its milieu. 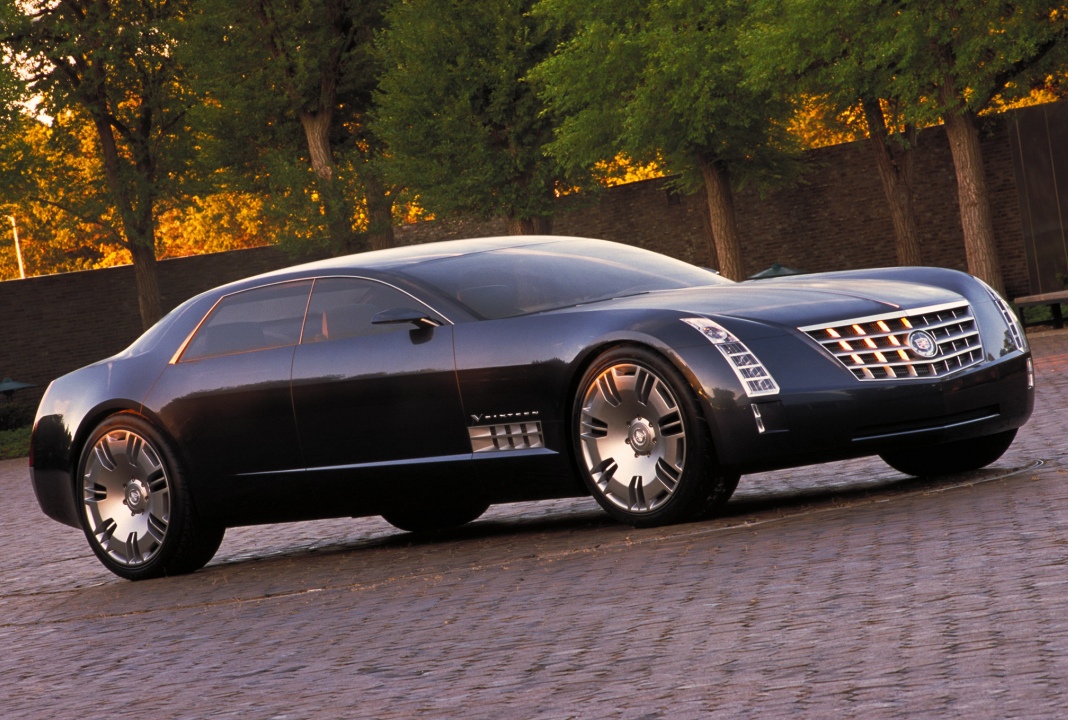 Reviving the ultra-smooth V16-cylinder engine configuration, the naturally aspirated 13.6-liter displacement Cadillac Sixteen comfortably produced an epic 1000HP at only 6000rpm and a monumental 1000LB/ft of torque at 4300rpm, despite the absence of multi-valve technology and while running on regular octane petrol, as opposed to the Bugatti Veyron and its W16 configuration, four turbos, 64-valves and other complexities. Given that the rare V16 configuration is the smoothest possible for an engine, the Sixteen was all about refined capability, and reducing complication, with an engine that utilizes less moving parts a DOHC engine due to its high tech enhancement of the old-school OHV valvetrain. 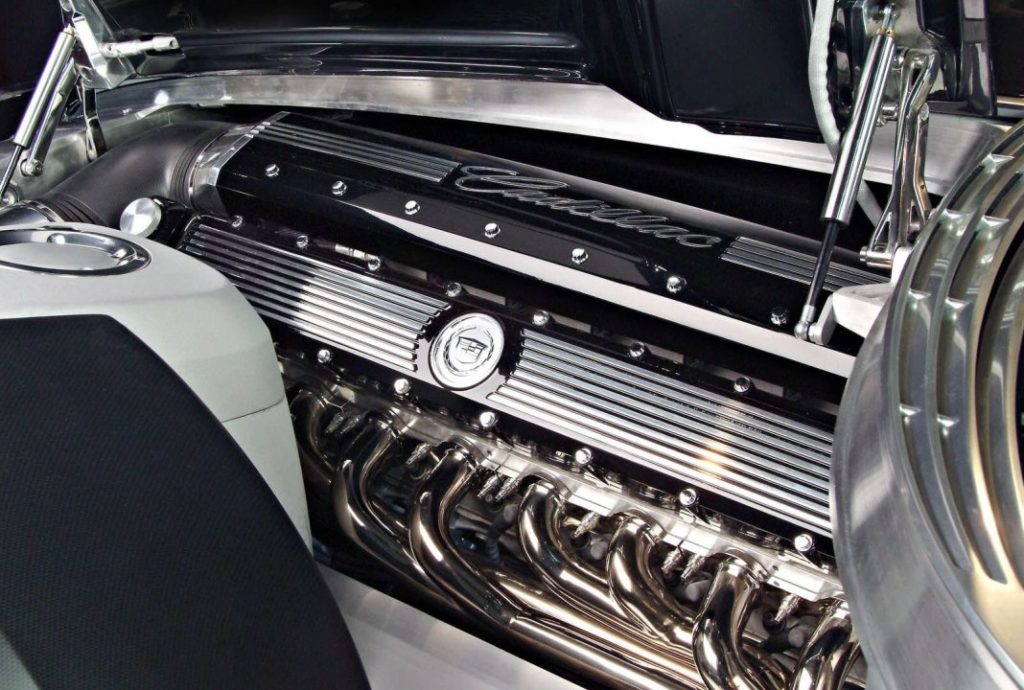 Meanwhile aluminum construction also keeps the engine’s weight below that of traditional large displacement iron-block V8 engines such as the Vortec 8100cc unit used on other GM vehicles. GM’s displacement-on-demand (DoD) technology meant that the Sixteen would average a very reasonable 20 MPG. This fuel economy figure is miraculously achieved by DoD’s ability to seamlessly shut down cylinders according to the situation, with highway cruising using four-cylinders and normal brisk driving eight-cylinder, while the use of all sixteen-cylinders is reserved for full-throttle application. 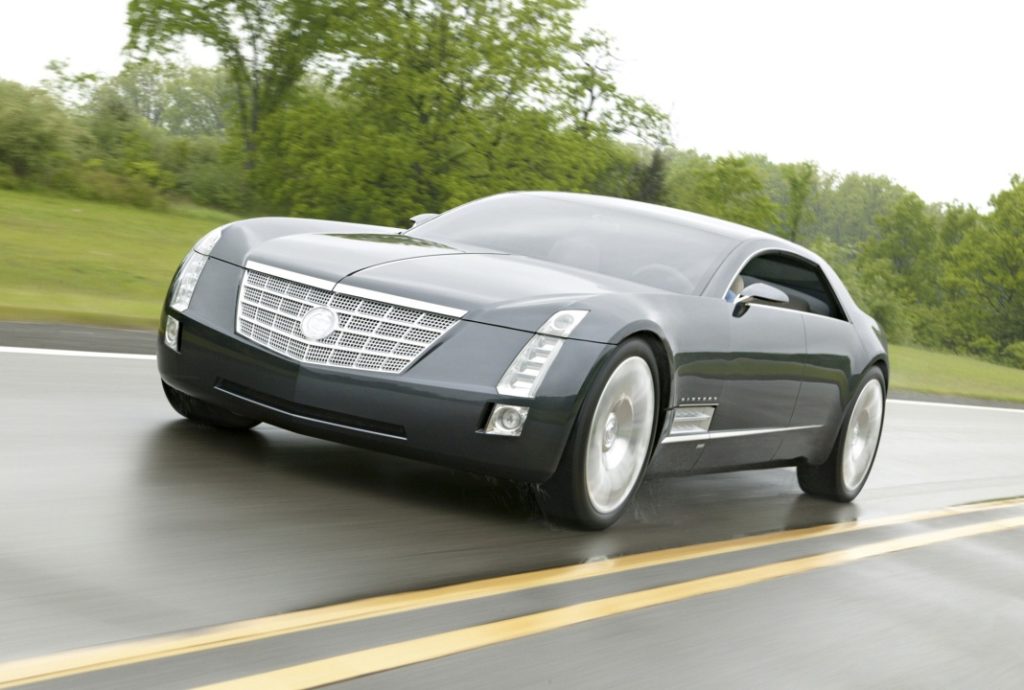 While the use of a dry-sump oil pan allows mounting the engine deep to achieve a low centre of gravity, the long V16 is also situated behind the front axle and within the wheelbase in a classic front-mid configuration for a better weight distribution and balance. The resulting wide footprint ensures excellent grip and stability, while the extra-long hood looks utterly elegant and luxurious and harks back to classic coach-built luxury cars such as the old Cadillac V16s. With the far back cabin, absence of a B-pillar and the gull-wing side bonnet openings, the Sixteen looks the part of a truly exotic, luxuriant and extravagant motor, and were it produced would have carved out its own niche somewhat above the current uber-luxury Rolls Royce, Maybach and Bentley troika. 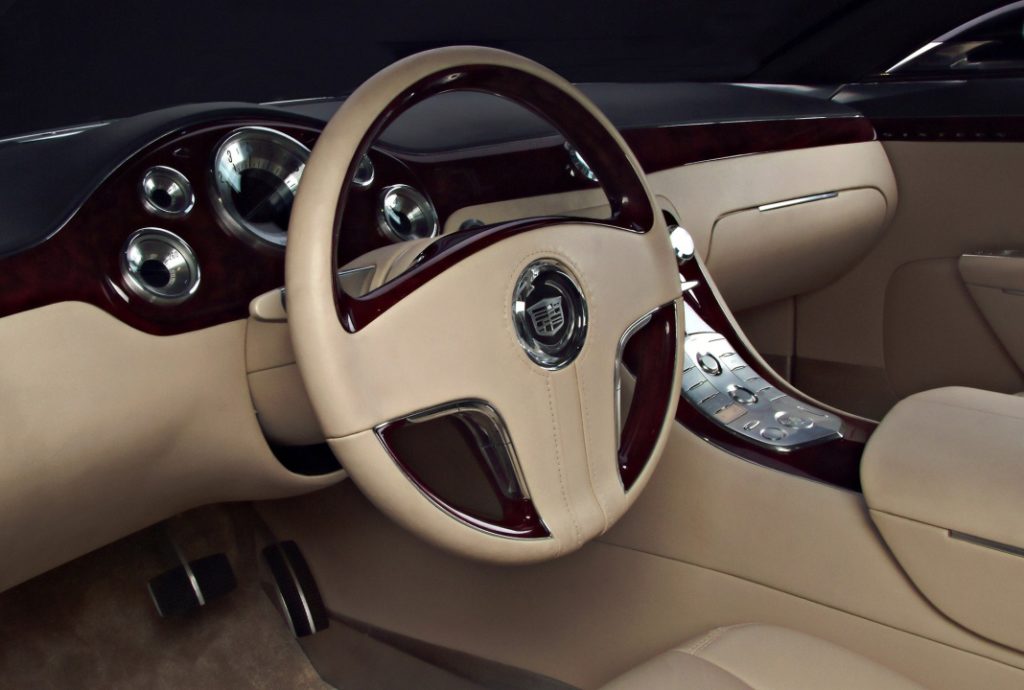 The extensive use of aluminum in the body and chassis keeps weight down, while a glass roof, artisan-crafted interior, an aesthetically designed engine bay, precision cut metalwork, 24-inch alloy wheels, hand-woven silk carpets, a rear right seat that reclines to a chaise lounge and a specially crafted crystal on the instrument cluster all go to completing the luscious Cadillac Sixteen package, which while was never to be, has however seen much of its sharp angles and design cues reflected in the new CTS and possibly in Cadillac’s post-DTS generation of flagship models. 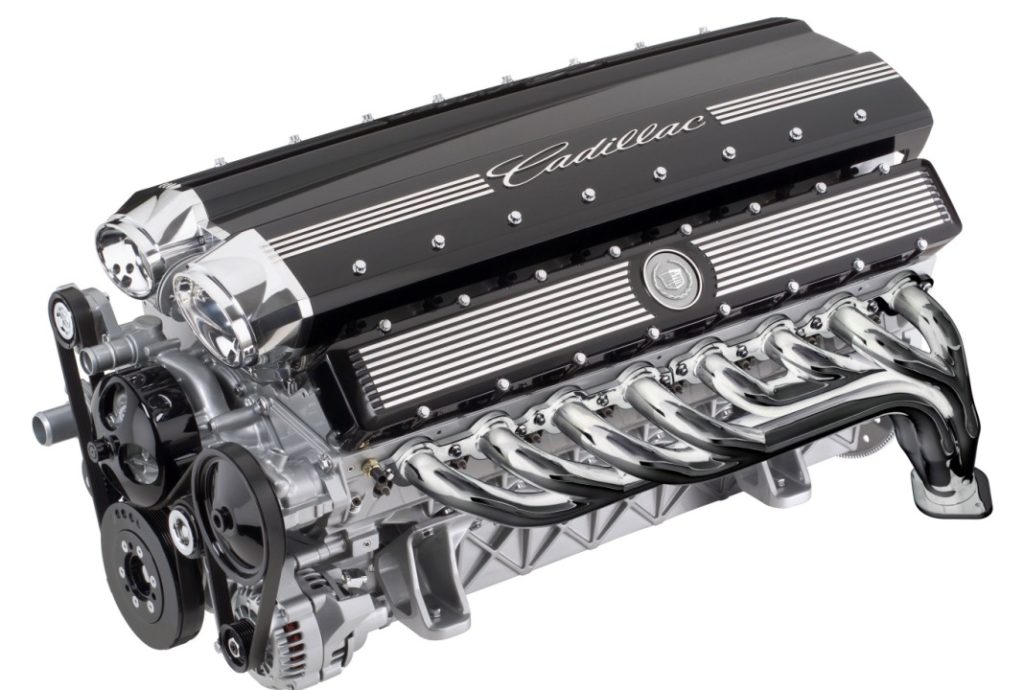 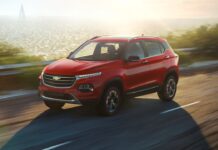 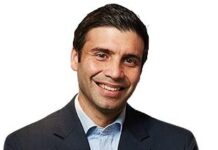 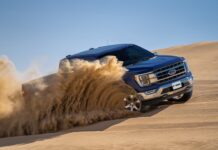