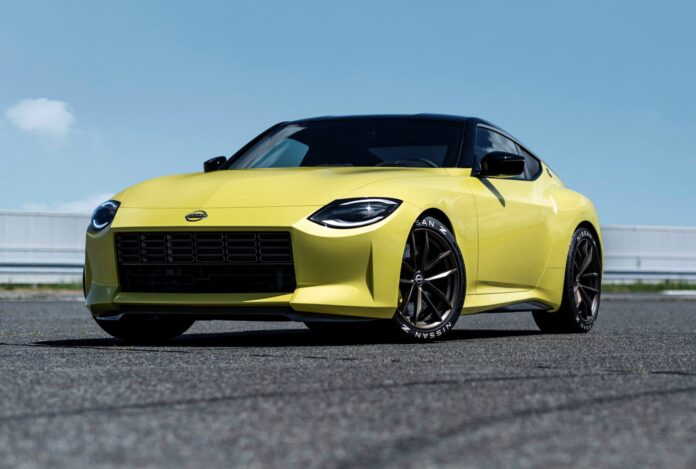 If perhaps overshadowed by the modern legend that is the Nissan GT-R supercar in its last iteration, the Nissan Z sports car is set for a triumphant return with a design that not just harks back to the 1970s iconic original, but cuts across generations with various nods and inspirations, for a look that is distinctly contemporary but infused with vintage callbacks.

Clean, fresh and unambiguously visceral, the Z Proto’s design features a long bonnet and pert and short squared-off tail hinting at the original 240Z, but also includes rear lights inspired by the 300Z. Leaving a lot of room for design flourishes for the production ready next Z – speculated to be called the 400Z – one however hopes that the Z proto will retain its uncluttered surfacing and styling sensibility, with its big rectangular grille, slim side intake gills and athletic, alert and urgent yet un-fussed demeanor.

Amore affordable, accessible and reliable vehicle to bring a stylish, driver-oriented sports car to a greater number of people, the Nissan Z Proto’s design seems to well capture the un-pretentious purity of purpose that the original represented. More so, the Z Proto seems to be thoroughly modern interpretation of the classic front engine, rear drive sports car, and that espite a push for greater electrification and autonomy across its broader range, Nissan has in fact not deserted hardcore driving purists and enthusiasts.

Powered by a twin-turbo V6 engine, the Z Proto’s biggest concession to driving purists is however the availability of a six-speed manual gearbox, which despite the many improvements of various automatic transmissions, still promises the most involved and connected driving experience. Similarly inside, the Z Proto features numerous driver-oriented dials and gauges, a deep dish steering wheel and body hugging sports seats, but also plenty of modern gadgets, luxuries and systems.

Nissan Z Proto looks to the future, inspired by its past

Yes, it has a manual transmission

Nissan today unveiled the Z Proto, signaling the company’s intent to launch a new generation of the legendary Z sports car. Shown at a virtual event beamed around the world from the Nissan Pavilion in Yokohama, the prototype car features a new design inside and out, as well as a V-6 twin turbocharged engine with a manual transmission.

First hinted at in a video named “Nissan A-Z” in May, the Nissan Z Proto pays full respect to 50 years of Z heritage. At the same time, it’s a thoroughly modern sports car.

“The Z, as a pure sports car, represents the spirit of Nissan,” said Nissan CEO Makoto Uchida. “It’s a key model in our Nissan NEXT transformation plan, and it’s proof of our ability to do what others don’t dare to do, from A to Z. As a Z fan myself, I’m excited to announce that the next Z is coming.”

A global community of fans young and old attended today’s virtual unveiling. Members of the Z Club in Japan, ZCON participants in Nashville, Tennessee, and enthusiasts in various other markets tuned in for the event. 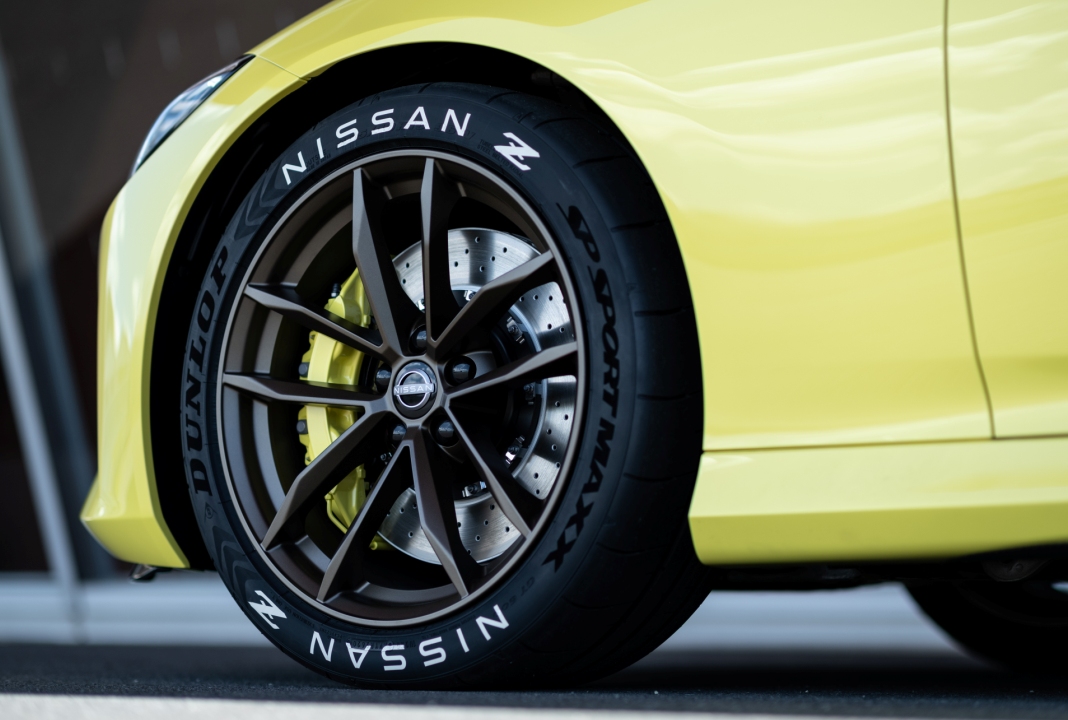 Penned and developed by the design team in Japan, the Z Proto boasts a fresh, attractive exterior design with a silhouette that communicates respect for the original model. It sports a bright yellow pearlescent paint – a tribute to a popular paint scheme on both the first generation Z (S30) and the 300ZX (Z32) – and a black roof.

Combining a retro theme with one that also projected futurism was challenging, said Alfonso Albaisa, head of design at Nissan.

“Our designers made countless studies and sketches as we researched each generation and what made them a success,” Albaisa said. “Ultimately, we decided the Z Proto should travel between the decades, including the future.”

The shape of the hood and the canted, teardrop-shaped LED headlights are both unmistakable reminders of the original Z. The rectangular grille’s dimensions are similar to the current model with the addition of oval grille fins to offer an updated modern look. The form continues to exude both sportiness and elegance.

“The LED headlights have two half-circles that hark back to the Japan market-only 240ZG of the 70s,” Albaisa explained. “The ZG has clear dome lenses over the headlight buckets, which under light give off two circular reflections over each headlight. We liked that unique characteristic and discovered that it naturally fit with the Z’s identity.”

The link to the original Z is most striking when viewing the Z Proto from the side. The roofline flows from the nose to the squared-off rear to create a distinctive first-generation Z profile whose rear edge was slightly lower than the front fender height giving the Z its unique posture. The signature transition from the rear quarter glass to the low-slung position of the rear tail adds to the effect.

The rear takes inspiration from the 300ZX (Z32) taillights, reinterpreted for the modern world. Set within a rectangular black section that runs across the rear and wraps around the outer edges, the LED taillights convey a sharp glow.

The interior design team sought advice from professional motorsports legends to give the Z Proto an ideal sports car cabin, both for road and track. This can be seen in the Z’s instrumentation. All vital information is found in the 12.3-inch digital meter display and arranged to help the driver grasp it at a glance, such as the redline shift point at the twelve o-clock position.

Yellow accents are found throughout the cabin, including stitching on the instrument panel. The seats feature special yellow accenting and a layered gradation stripe in the center of the seats to create depth. 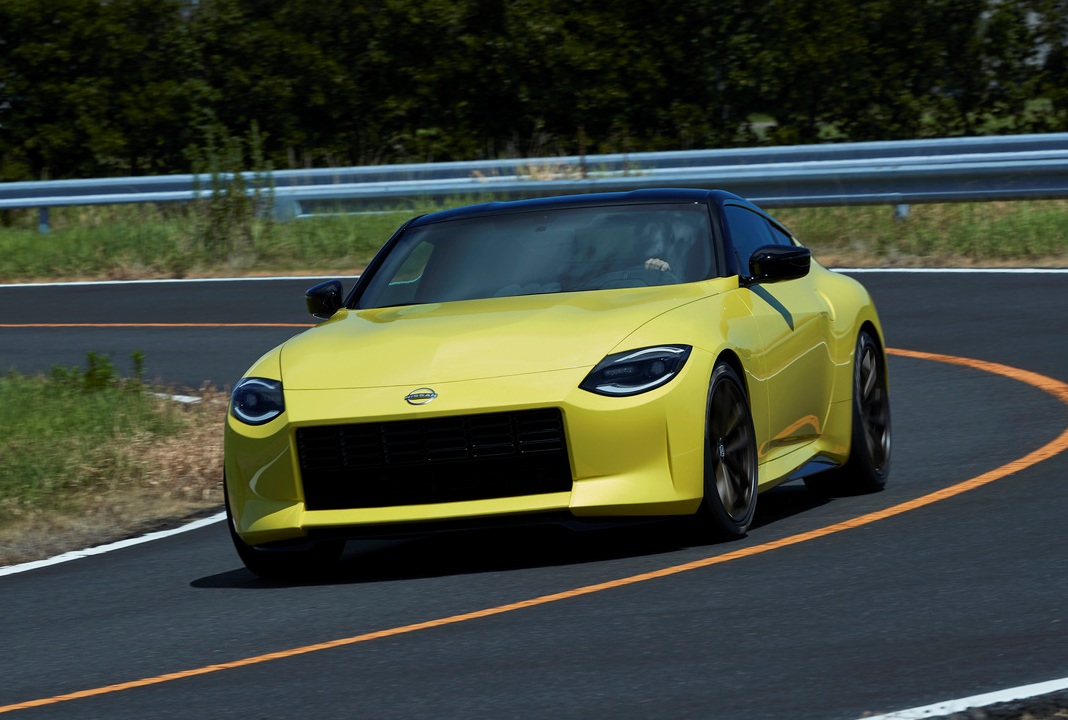 The original Z was built to bring the joy and excitement of sports car ownership to as many people as possible.

“The Z has always been a strong dynamic performer, making it easy for customers to enjoy its capabilities and feel as connected as possible to the car,” said Hiroshi Tamura, chief product specialist of the Z Proto. “This has been true through all its generations, and this is what drives our passion to innovate and challenge the norm.”

Each new generation had a more powerful engine, although the Z is about more than power increases.

“Z is a balance of power and agility,” Tamura continued. “It is a vehicle that creates a connection with the driver not just on the physical level, but emotionally, and responds to the driver’s impulses.”

Make no mistake though, the Z Proto packs a powerful punch. Under the elongated hood is an enhanced V-6 twin-turbocharged engine mated to a six-speed manual gearbox. As a prototype, work is now underway on synchronizing the power with the grace and control that has defined the Z for the past 50 years.

“With the launch this summer of the groundbreaking Ariya EV, we’ve started a new era of electrification and autonomous driving technology,” said Uchida. “With the Z, we’re bringing drivers the excitement of a pure sports car. For more than 50 years we have been creating the legend of Z together. I’m glad you’re with us for the next exciting chapter. The new Z is on its way.”

* Z Proto is a development study vehicle and does not confirm or reflect production model specifications.