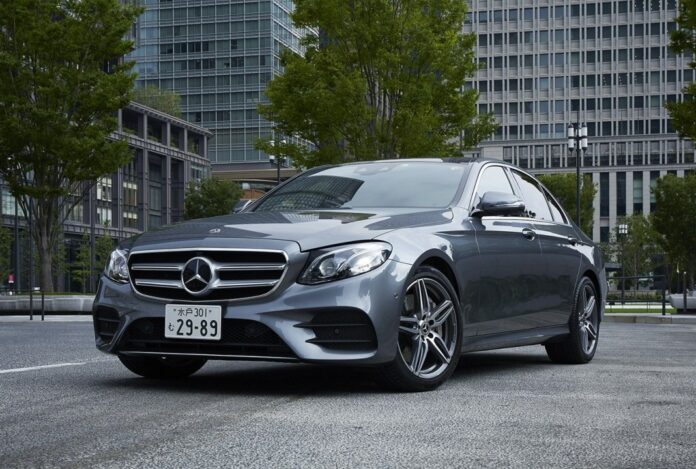 A mild hybrid version of what is perhaps Jordan’s most popularly aspirational car, the Mercedes-Benz E350 is a powerful, comfortable, classy and somewhat conservative executive saloon that seems to thankfully and deliberately downplay its limited electrified capacity. Looking and driving like a regular E-Class saloon with virtually none of the drawbacks of traditional hybrids, the E350 is in fact very much a petrol-powered car, with a prodigiously powerful yet compact internal combustion engine, subtly assisted by a little intrusive background hybrid system.

Seemingly available for specific high tax or import duty markets with its moderate capacity high output engine, the E350 is in some ways a hybrid car for more traditional drivers who don’t particularly like hybrids for their driving and packaging compromises. Identical to a garden variety E-Class externally, and with none of the attention-seeking telltale virtue-signaling badges, details, colour schemes or design changes often associated with hybrid and EV version models, the E350 is even more discretely conservative than the full plug-in hybrid E350e. 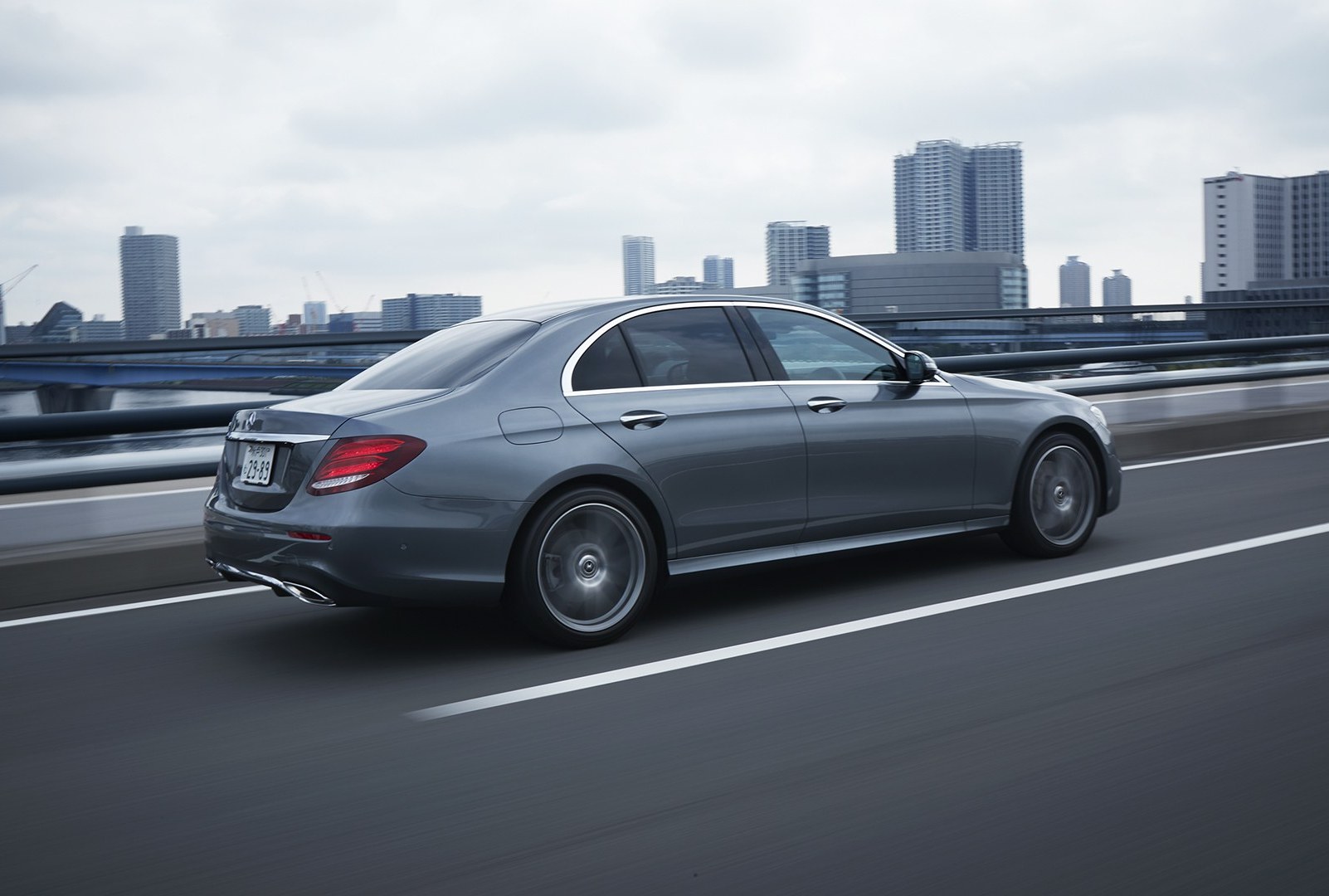 Somewhat of a bridge model with a new engine and hybrid system but nevertheless the fifth generation E-Class model’s original design, the E350 was first introduced in 2019. But despite an imminent face-lifted E-class on the horizon with more horizontally-oriented rear lights, the current E350 remains a particularly interesting version given its abilities. That said, the E350’s elegantly arcing lines, long snouty bonnet and grille, tapered rear, and subtle, flowing creases remain fresh and contemporary, especially with the sportier and more muscular AMG appearance package.

Located behind its twin-slat grille and large tri-star emblem, the E350’s new turbocharged direct injection 2-litre 4-cylinder engine develops previous generation V6-like output. Much reworked over the previous generation with higher compression and twin-scroll turbocharger, the E350’s engine develops a mighty 295BHP at 5,800-6,100rpm and a muscular 295lb/ft torque at 3,000-4,000rpm. Driving the rear wheels through a smooth shifting 9-speed gearbox and with a weight roughly estimated at 1.7-tonnes, the E350 scrambles through 0-100km/h in just 5.9-seconds and onto an electronically-limited 250km/h top speed. 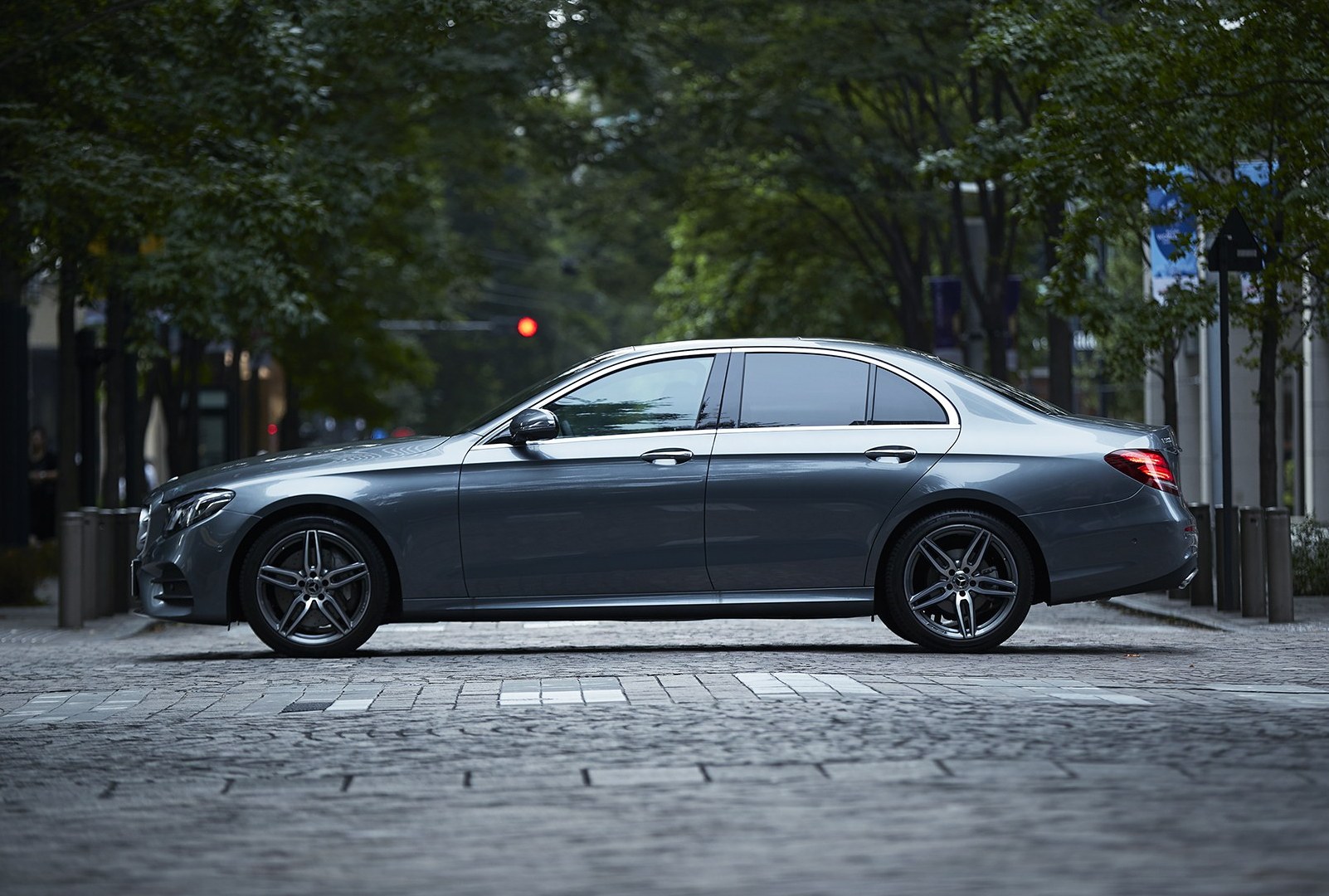 With a slightly more peaky character and narrower maximum torque band than previous or less powerful 2-litre Mercedes turbo engines, the E350’s delivery wells up quickly and at mid-range in a punchy and powerful manner, right until its redline. Effortlessly quick and responsive in mid-range, the E350 also benefits from short small supplementary bursts of power from its 14BHP and 110lb/ft electric starter/generator 48V mild hybrid system at up to 2,500rpm, and seemingly at full throttle high rev acceleration, as evidenced during test drive.

A mild hybrid system that little interferes with the driving experience and little distorts power delivery, the E350’s mild hybrid system recovers kinetic energy and mostly powers ancillary systems to reduce fuel consumption to a combined 6.7l/100km on the combined cycle, and allows the E350 to automatically coast during driving for further efficiency. This however seems more apparent in more sympathetic conditions than experienced during recent heat wave conditions, where the test drive involved plenty of heavy traffic, constant A/C, little use of ‘Economy’ diving mode and a shorter ‘sportier’ segment. 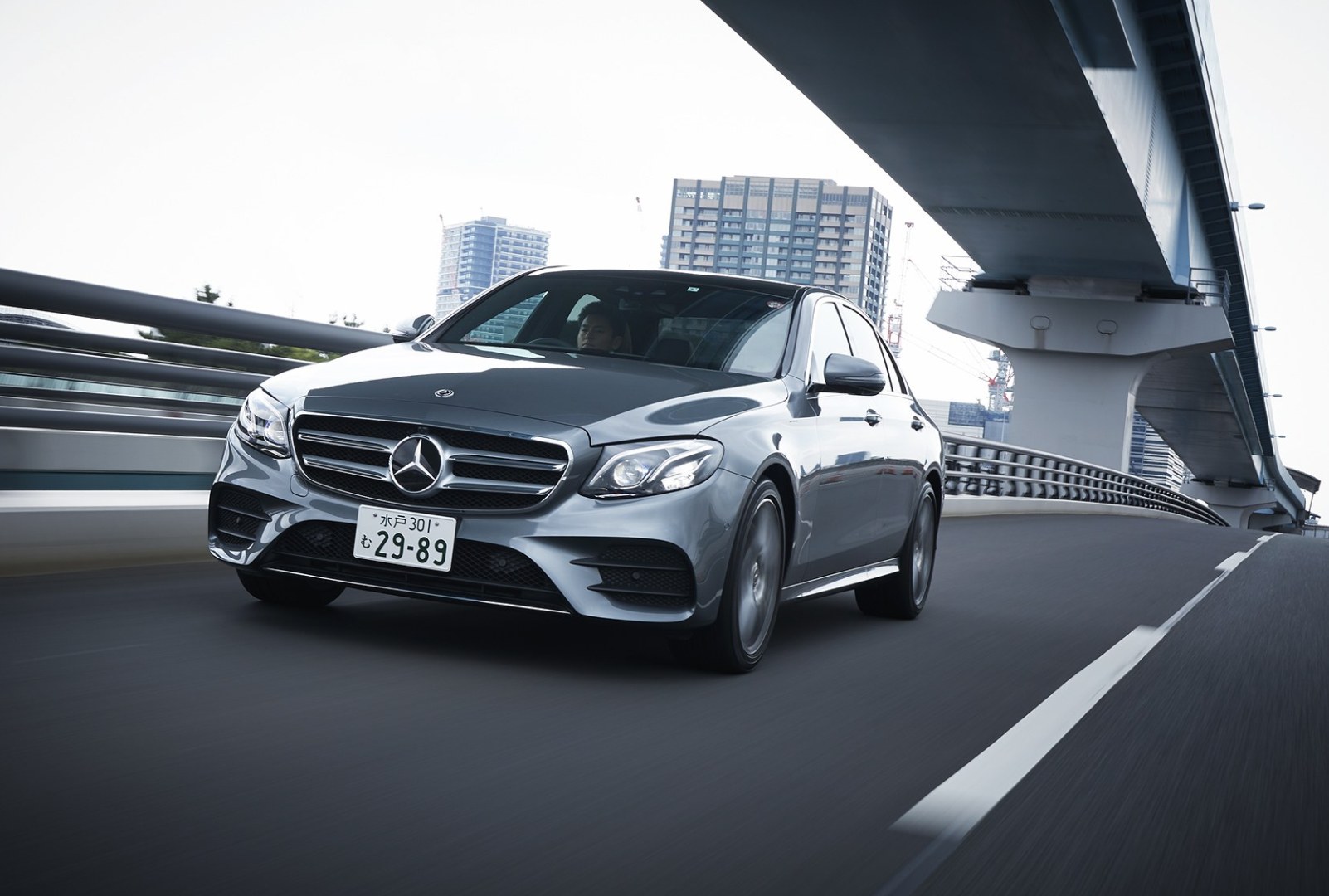 As stable, settled, refined and quiet on highways as expected of quality German executive saloons and with Mercedes’ almost trademark ‘planted’ ride quality, the E350 is a smooth and relaxing high speed long distance express. Additionally, it is as adept in urban environments, and is comfortable and spacious inside – if not with quite as much headroom as its direct predecessor – and benefits from the tight turning circle and easy maneuverability that traditionally made the E-Class a favorite of both wealthy executives and taxi drivers, at least in base specification.

Like all Mercedes saloons, the E-Class’ handling abilities have greatly improved in recent years to compete with traditionally sportier rivals. The E-Class has developed a quick and tidily crisp turn-in, and terrific balance and body control. The E350 is also lighter and better weighted than the full hybrid E350e, with lighter, more compact batteries and electric components slung out behind the rear axle. It also loses only half its spare wheel well to hybrid components compared to the more rear-heavy E350e, which loses more boot volume. 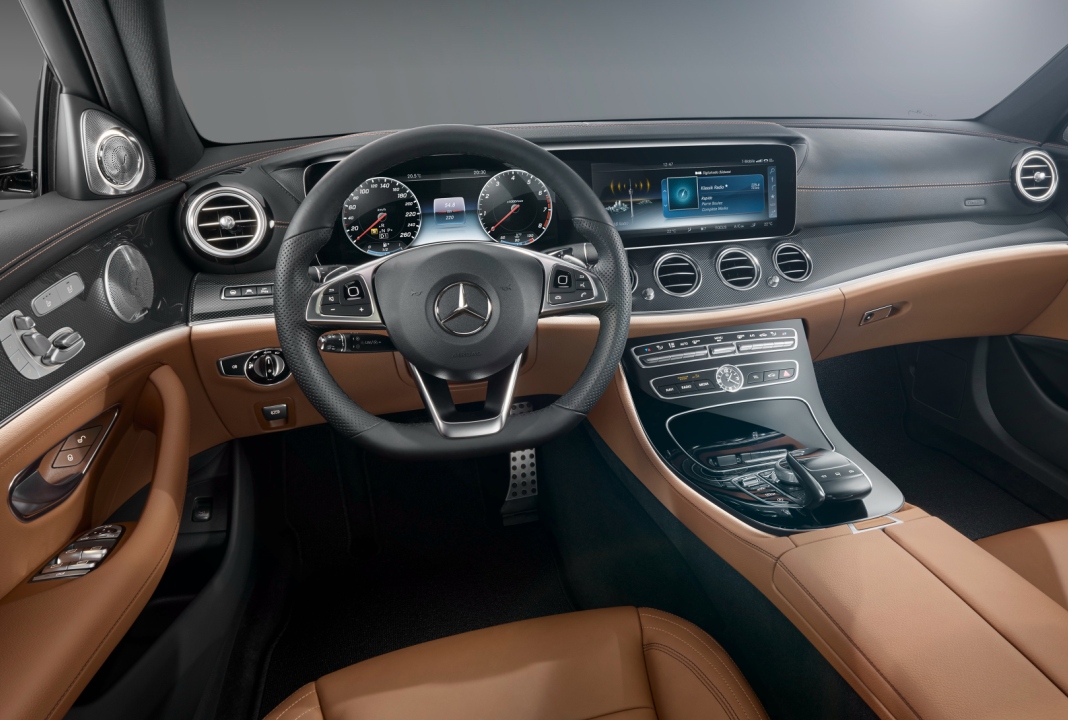 Rear grip is similarly good when loaded and leaning into a corner, with wide staggered low profile 245/40R19 front and 275/35R19 rear tyres providing good steering and braking properties. The E-Class however does now have a more ‘drifty’ disposition on low traction tarmac. With its more surging and higher torque output, coupled with its immediate electric bursts of torque, the E350 – like most rivals – thus tends to rely more on electronic traction and stability controls to manage its power when driven hard through fast but narrow snaking roads than less powerful E-classes. 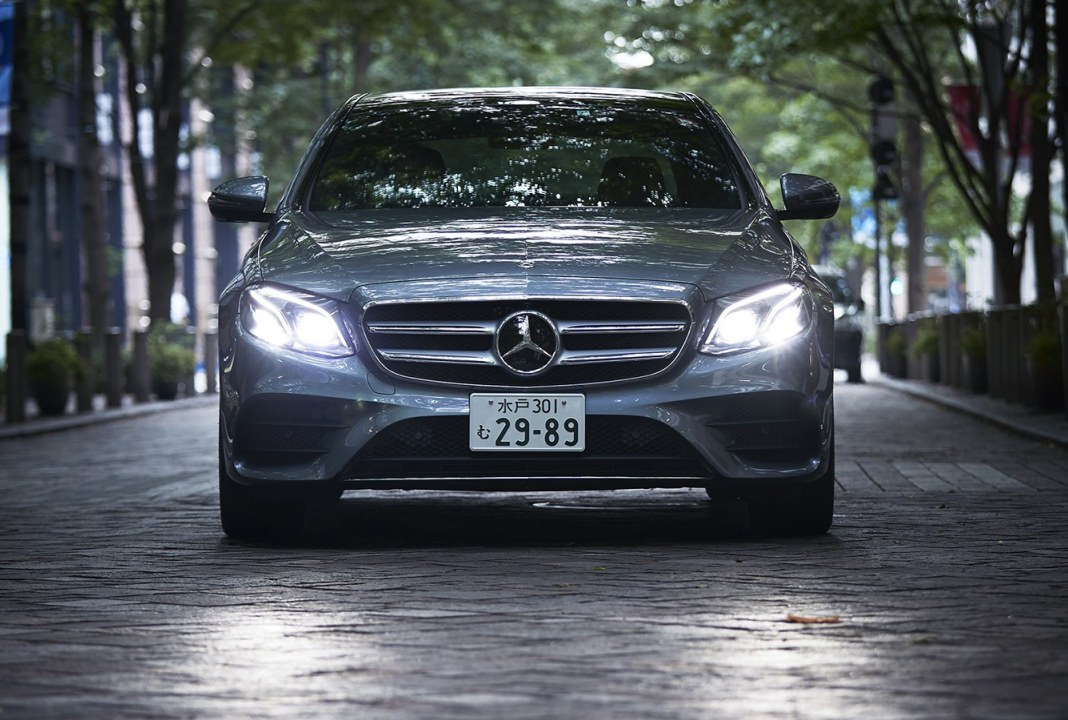