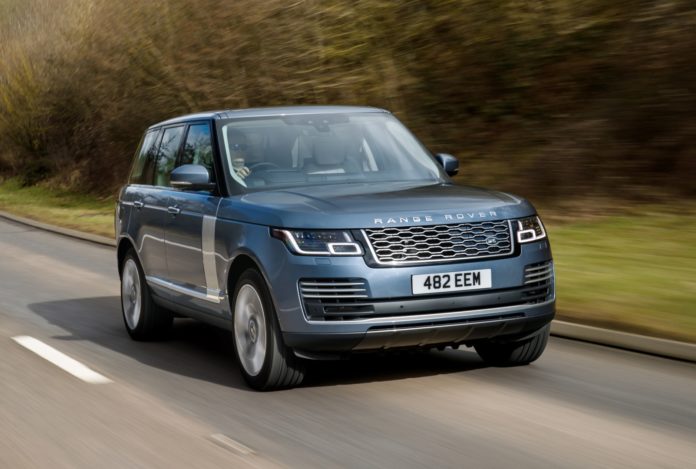 Launched globally in recent weeks, the Range Rover P400e PHEV is Land Rover’s entry into the full-size luxury hybrid SUV segment. Introduced as part of a model-wide revision, the P400e is an efficiency-minded take on the large and heavy Range Rover flagship line. As an efficiency model, the P400e is a petrol-electric hybrid alternative to the diesel Range Rovers popular in Europe. It meanwhile plays an opposite to thirsty supercharged V8 petrol versions popular in the Middle East, and should do well as in more price-sensitive markets with steep fuel prices and tax incentives for electrified vehicles.

A more accessible proposition and entry to Range Rover ownership, the P400e makes one of the most desirable SUVs a more realistic prospect, with low claimed 2.8l/100km combined fuel efficiency, 64g/km CO2 emissions and 51km electric-vehicle range. If not quite carrying the same cache as more powerful variants, the P400e should however appeal to a significant number of potential owners willing to stretch their initial layout, but not for the fuel costs of running a petrol V8 Range Rover. Furthermore, and contrary to skeptic expectations, the plug-in hybrid model is particularly suited to the Range Rover. 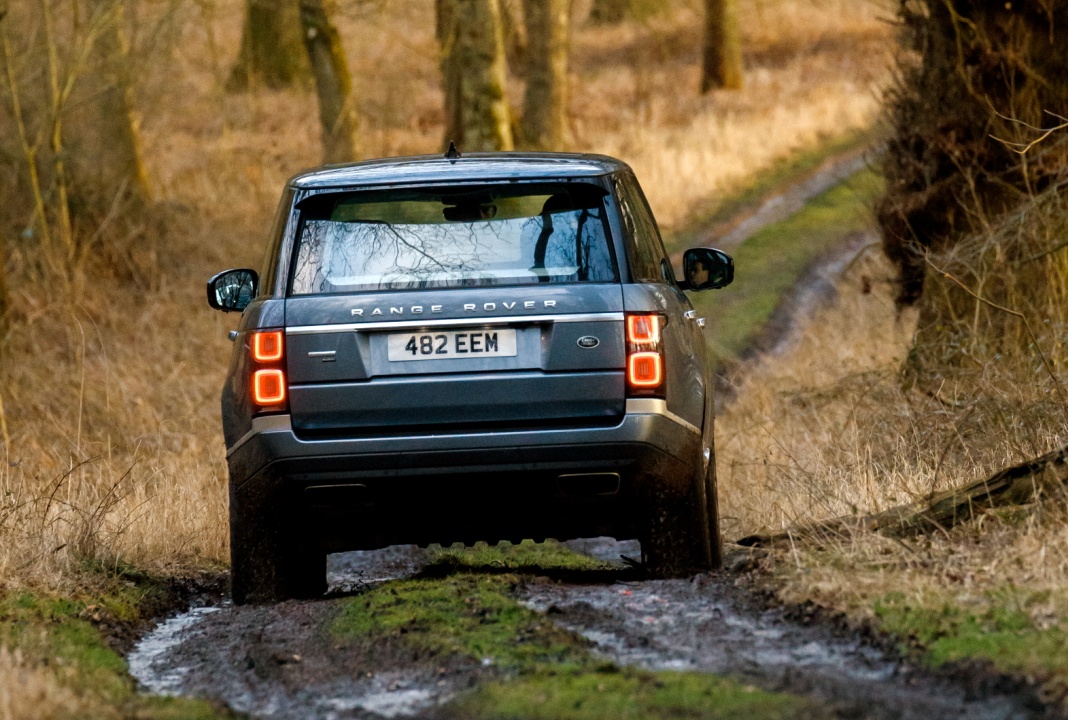 Only just heavier than the turbo-diesel V8 Range Rover, but 126kg more than the supercharged petrol V8, the 2,509kg P400e, additional weight from its hybrid motor, batteries and systems however does not seem to affect it too much, given it is a rather hefty vehicle to begin with. With its electric motor contributing to a vast and easily accessible torque reservoir, much of which is available from idling engine speed, the generous and broad torque output is exactly what a large and heavy luxury vehicle needs for smooth, quiet and effortlessly muscular progress, and is especially useful for off-road driving.

Powered by a combination of Jaguar Land Rover’s inhouse-developed turbocharged 2-litre direct injection 4-cylinder Ingenium engine developing 296BHP and a 114BHP electric motor, for a combined output of 398BHP, the P400e deliver brisk 6.8-second 0-100km/h acceleration. Meanwhile, it develops a massive 472lb/ft of torque, of which the electric motor’s portion is instantly available, which allows for accessible and effortless on-the-move versatility, including 80-120km/h acceleration in 4.2-seconds, and a 220km/h top speed. Smooth, refined and muscular in delivery, the P400e drives with the confidence of a bigger engine, and only sounds slightly strained at heavy load and high revs. 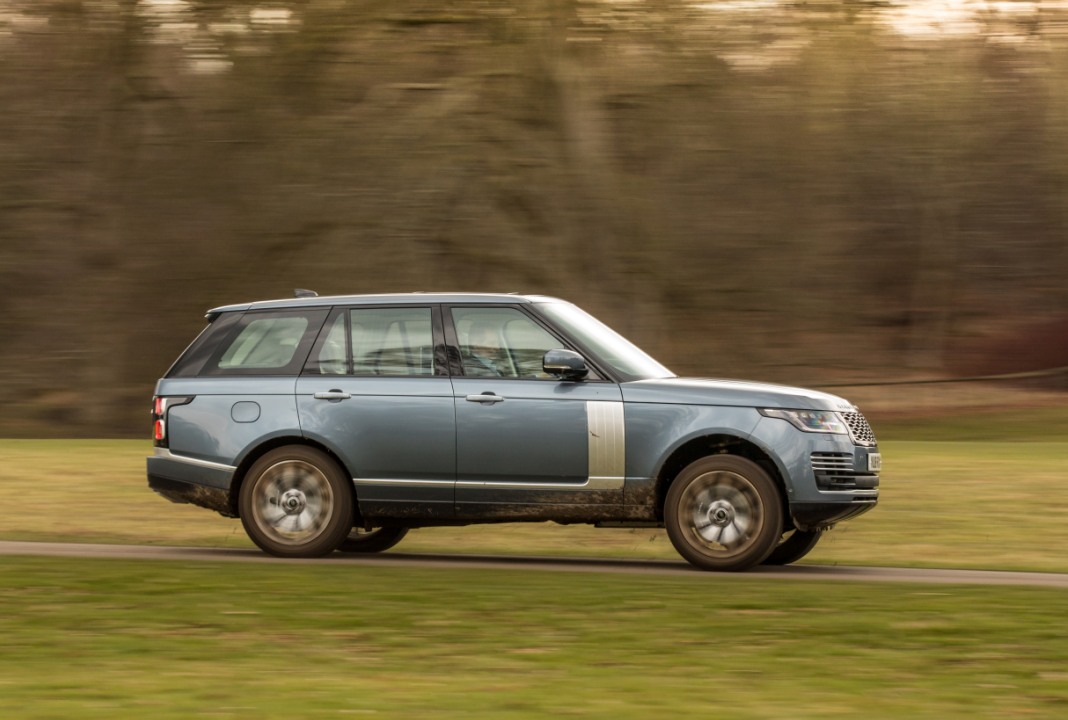 Ideal for cruising and city driving, one is unlikely to drive the P400e at full throttle for long enough to deplete the batteries before its petrol engine and brakes regenerate sufficient electrical charge. A plug-in hybrid, it can be fully charged in 2-hours and 45-minutes with a high capacity charger, but with a standard home plug-in charger takes 7-hours and 30-inutes for a full charge. Capable of 51km on electric-only driving, the P400e can also drive in silent electric mode in moderate off-road situations, but the combustion engine needs to be on when driving through water, to not flood the exhaust system.

With its electric motor positioned between its inline combustion engine and smooth and slick shifting 8-speed automatic gearbox, the P400e’s front weighting is little altered, and sitting behind the front axle, keeps turn-in tidy and without any greater nose-heavy tendencies. However, the battery pack does add some weight aft of the rear axle. With its electric motor position, the P400e remains a true off-roader using the same four-wheel-drive system and drive-line as regular Range Rovers, rather than employing a partial and half-hearted system with the electric and combustion engines driving one set of wheels each. 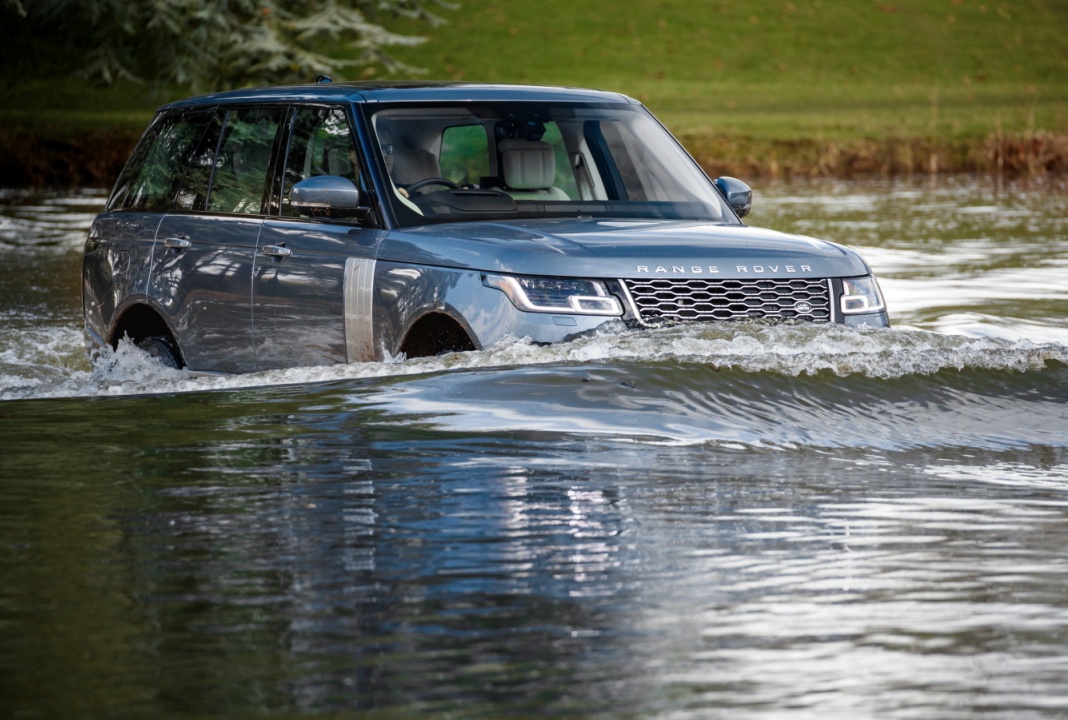 Smooth and comfortable on road, the P400e’s air suspension lowers at speed and goes a long way to take the edge off the vehicle’s large 21-inch alloy wheels and low profile 275/45R21 tyres. Driven on narrow and imperfectly textured UK roads, the P400e was supple, settled and stable at speed and over lumps, bumps and rebounds. Seated high and with good visibility, one was able to accurately place it on road, even from a right-hand driving position. Balanced and tidy through corners, the P400e well controls body roll despite the added hybrid system weight, while different suspension settings allow one to adjust ride quality between comfort and control. 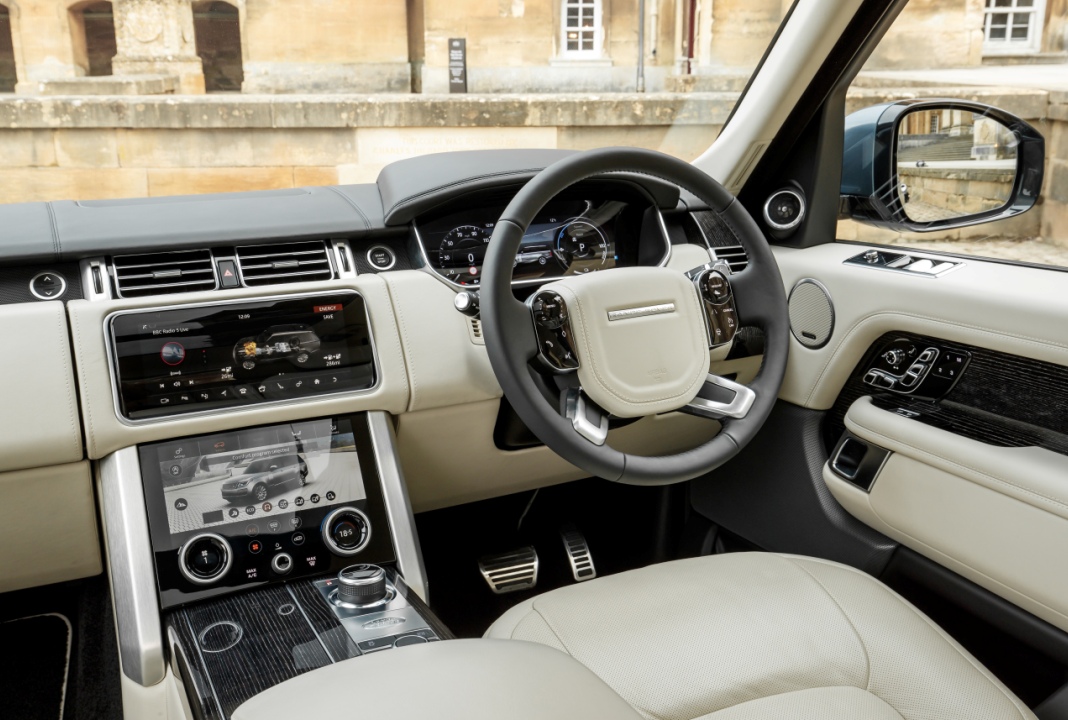