A venerable and attainable mid-size middle of the road family saloon that performed well on so many levels, if not necessarily the best on every level, the ubiquitous Nissan Altima just got a whole lot better. Launched for the 2019 model year, the sixth generation Altima marks a significant jump in terms of technology, design and drivability over its predecessor. Most significant of all the new Altima gains an innovative and revolutionary downsized top-of-the range state-of-the-art variable compression engine. But perhaps best of all is Nissan did this without much of the overly stated ‘premium’ segment aspirations others might employ.

A much improved car that remains accessibly positioned and without the pretensions of suddenly becoming a luxury car, the new Altima’s enhancements start with its design. Lower and with a more rakish roofline than its predecessor, the new Altima has a distinctly sportier style and more urgent demeanor with its snoutier nose, more muscular bonnet and more chiseled surfacing. Cleaner and less complicated yet more flowing and detailed in design, the new model is instantly recognizable as an Altima, yet looks like a more up-market product with better integrated front and rear lights.

Featuring a straight-cut bonnet shut line that sweeps back and fluently trails off to a side crease, the Altima has a fresh look about it with a lower and wider chrome outlined V-motion grille corporate fascia and moodier, deeper-set, slimmer and longer headlights. And while the base naturally-aspirated 2.5-litre engine undergoes considerable change, the new Altima’s most important new feature is however its range-topping 2-litre turbocharged four-cylinder variable compression engine. Significantly smaller than the outgoing Altima’s well-regarded and eager-revving but thirstier and somewhat aging 3.5-litre, the new variable compression engine delivers similar performance with improved efficiency.

Innovative and advanced, the Altima’s 2-litre turbocharged engine is the first to go to market with variable compression technology. The Altima’s most interesting feature, variable compression operates using a complex multi-link connecting rod set-up, which seamlessly varies the engine’s compression ratio (and capacity and stroke length) to 14.1:1 by allowing the piston to travel higher and attain higher combustion efficiency. To avoid premature combustion, or ‘knocking’ that high compression engines are prone to in certain conditions, the Altima’s VC-Turbo engine alternatively lowers compression to 8.1:1, at which point it also produces more power and torque output. 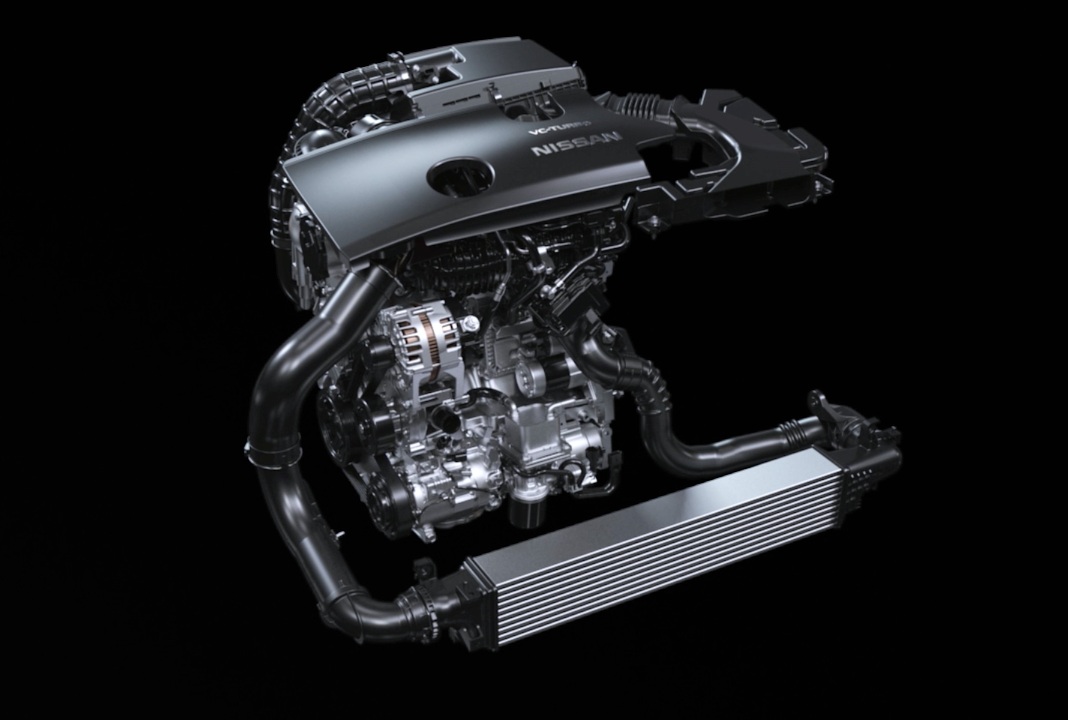 Also utilizing variable valve timing and both direct and multi-point fuel injection systems, the Altima’s high tech four-cylinder engine develops 248BHP at 5,600rpm and a brawny 273lb/ft torque at 4,000rpm. Quick to spool and with negligible turbo lag, the Altima’s engine provides terrific response when launching from standstill and is smooth and seamless in operation. Delivering a huge and highly capable mid-range torque sweet spot, the Altima’s VC-Turbo however feels eager to rev and unleash maximum output at peaks rather than plateaus, and so feels exciting, engaging and ever-willing, despite a lower-revving nature than its V6 predecessor.

Versatile in mid-range and happy to wind high in the revs, the Altima’s VC-Turbo engine delivers slightly less power but more torque than the previous’ model’s top-of-the-range 3.5-litre engine. Available only in front-wheel-drive guise along with a continually variable transmission (CVT) system that works to fine tune ratios for best efficiency, the Altima 2.0 Turbo is capable brisk 0-100km/h acceleration of around 6-seconds. Though it would have been a more rewarding and engaging driver’s car were it available with a three-pedal manual gearbox, the Altima Turbo’s CVT is nevertheless one of the best such systems around. 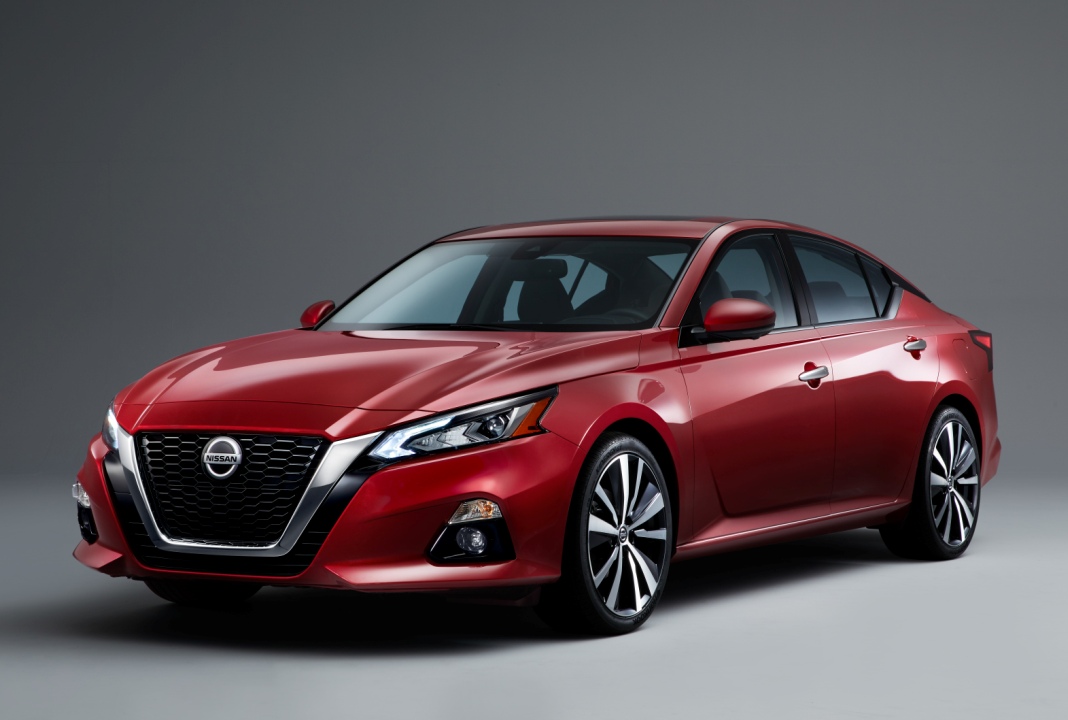 Seamlessly smooth changing ratios and seeming to minimize the expected torque steer from such a powerful front-driver, the Altima Turbo’s CVT also seems to better match ratios to revs for a more natural driving feel and is more willing to let the engine rev high. Additionally, the Altima has less of the sometime disconcerting ‘slingshot’ feel typical of some CVTs where the car seems to be playing catch up with engine revs. A sportier drive than anticipated, the new Altima is a more dynamically integrated car than its predecessor, with much improved agility, adjustability and driver involvement.

One of the best handling cars in an otherwise often unexciting front-driven mid-size saloon segment, the Altima Turbo is a genuinely entertaining car to drive, with quick responses and a talented chassis. Eager into corners with less weight over its driven front wheels than its predecessor, the Altima turns in tidily and with good grip, and light dual pinion electric-assisted steering delivering accuracy, ease and decent feedback. Nimble through corners and with slight lean but otherwise good body control the Altima grips well and is committed when required but, was unexpectedly agile and engaging. 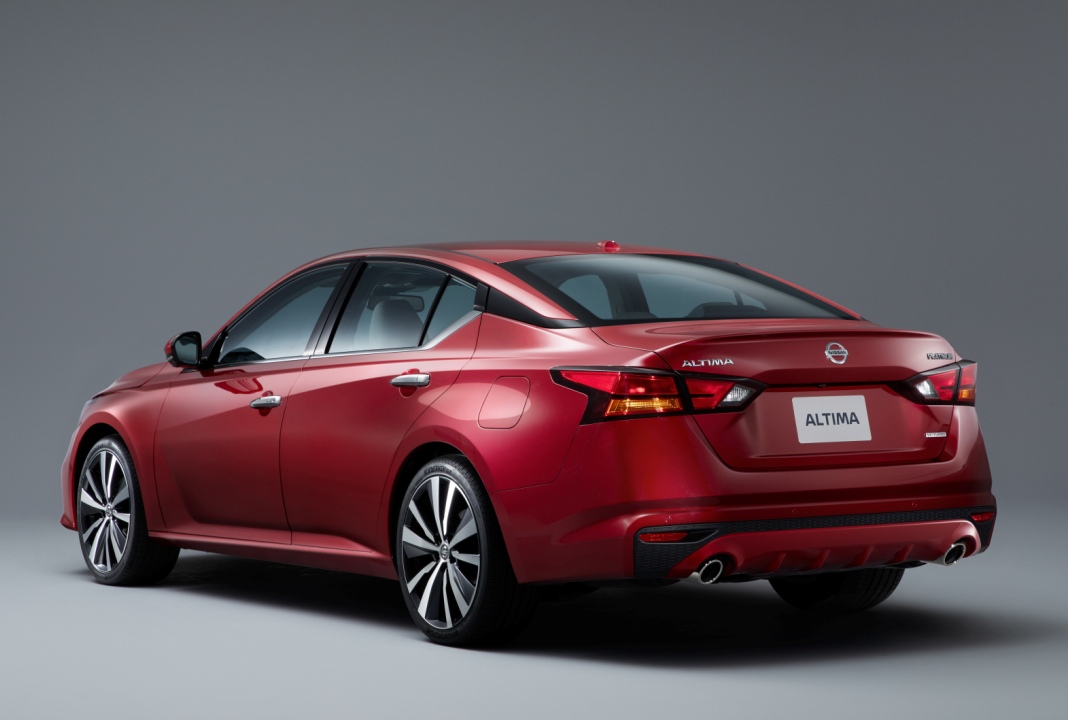 Eager through corners, the Altima proved unexpectedly adjustable and willing to shift weight to the rear outside wheel to tighten a cornering line wheel when asked to do so. Fun and chuckable through corners unlike many rivals, it felt lighter than its 1.5-tonnes and seems to shrink around the driver. That said, it was also a refined, stable, smooth and reassuring highway commuter, and proved maneuverable and easy to place and park in busy urban settings, while its suspension provided the right balance between comfort and control. A well-equipped car with plenty of features and tech, the Altima’s Trace Control torque vectoring goes a long way towards its sure-footed sportiness. 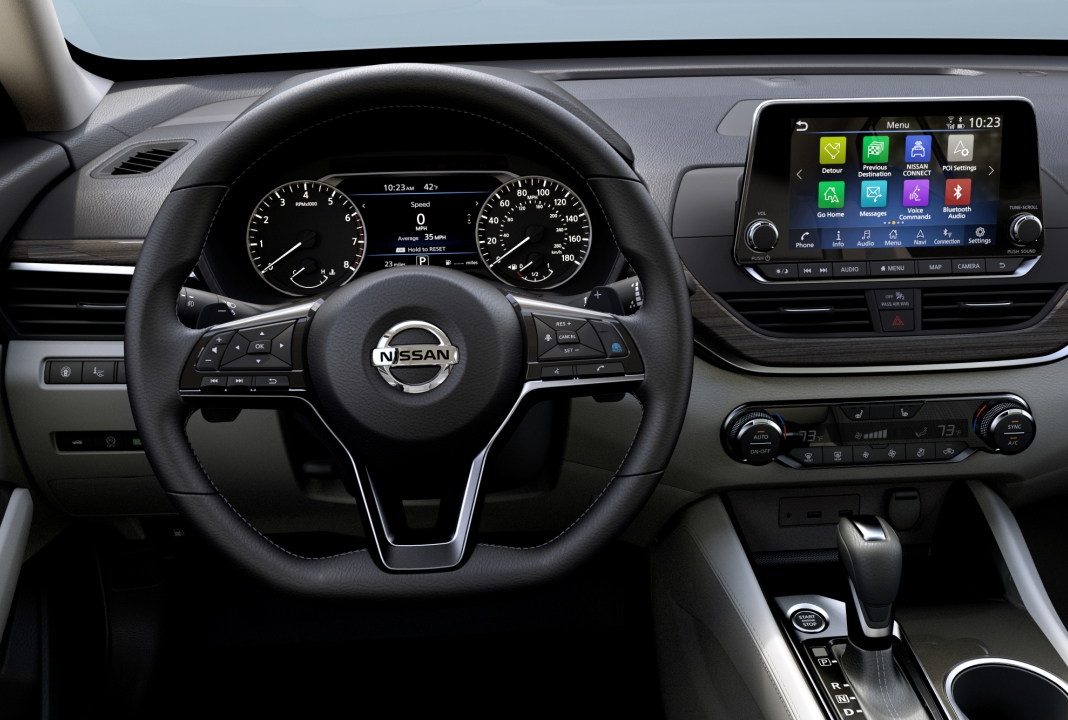