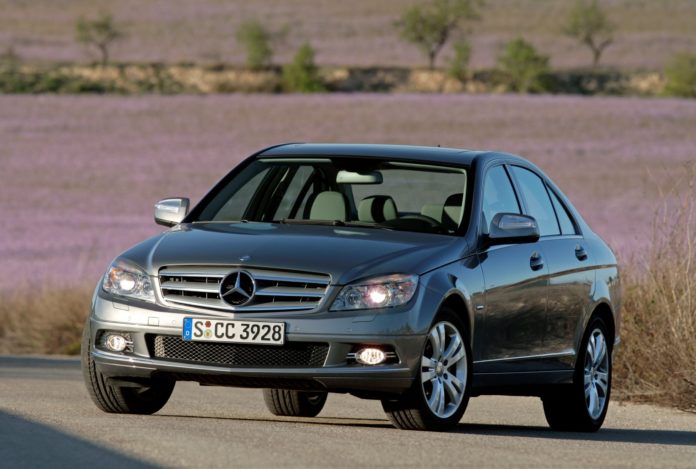 In fact, Mercedes’ own Diesel saloons of that era and before were renowned primarily for their use as German taxis owing to their comfort and indestructibility, in addition to their added low fuel costs but certainly not their performance. Since the Mid-1990s Diesel power has been undergoing an ongoing revolution that has only in recent years taken on a radically different face, and nowadays the cream of a model line-up is often the oil-burner. 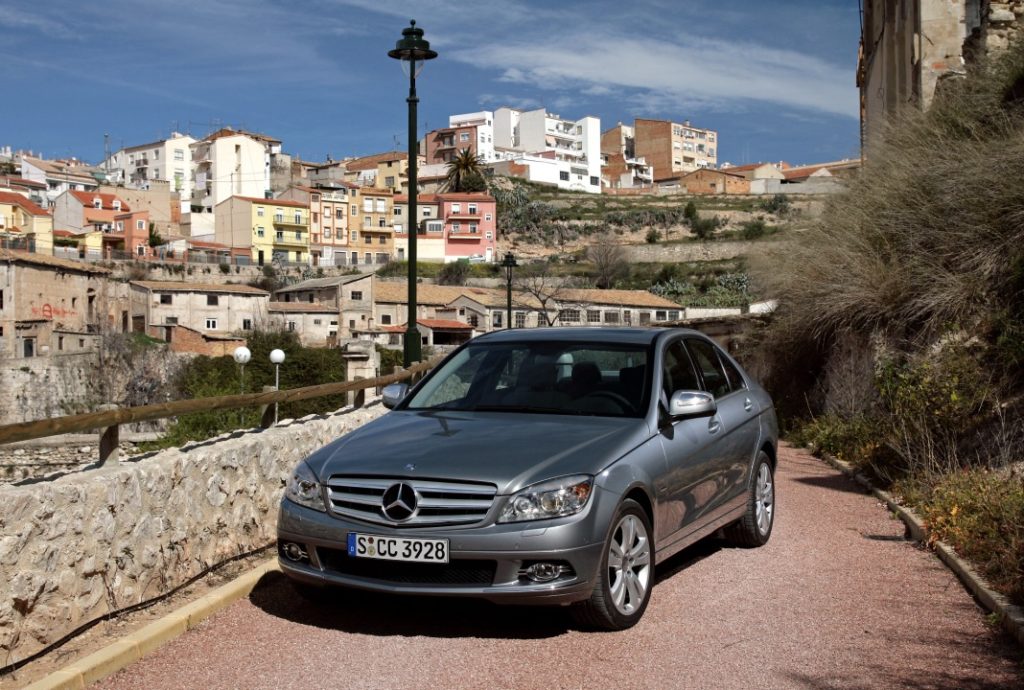 With turbo-charging now being a standard feature on Diesel vehicles, in addition to fuel management and engine design advances, in addition to common-rail fuel delivery technology, the Diesel revolution means that modern Diesels are far smoother, more powerful, faster, more efficient and tougher than many petrol vehicles in a particular model line-up. Spearheaded by the Europeans, with Japan as the best of the rest, the Diesel revolution’s strides forward and popularity has pretty much corresponded with increasing world fuel prices and taxes, the fears of oil running out and increased concern for the environment.

In the dark days of the twentieth century, it was all but inconceivable that Peugeot Le Mans racers would be Diesel-powered, nor that one of the best executive saloons in the world would be the astonishing oil-burning 535d from BMW, of all traditionally petrol-headed companies! In Europe, Diesel cars are already more popular and cleaner than petrol variations, and with urea-treatment exhaust emissions such as Mercedes’ BluTec technology making Diesel fuel ever cleaner than imaginable. 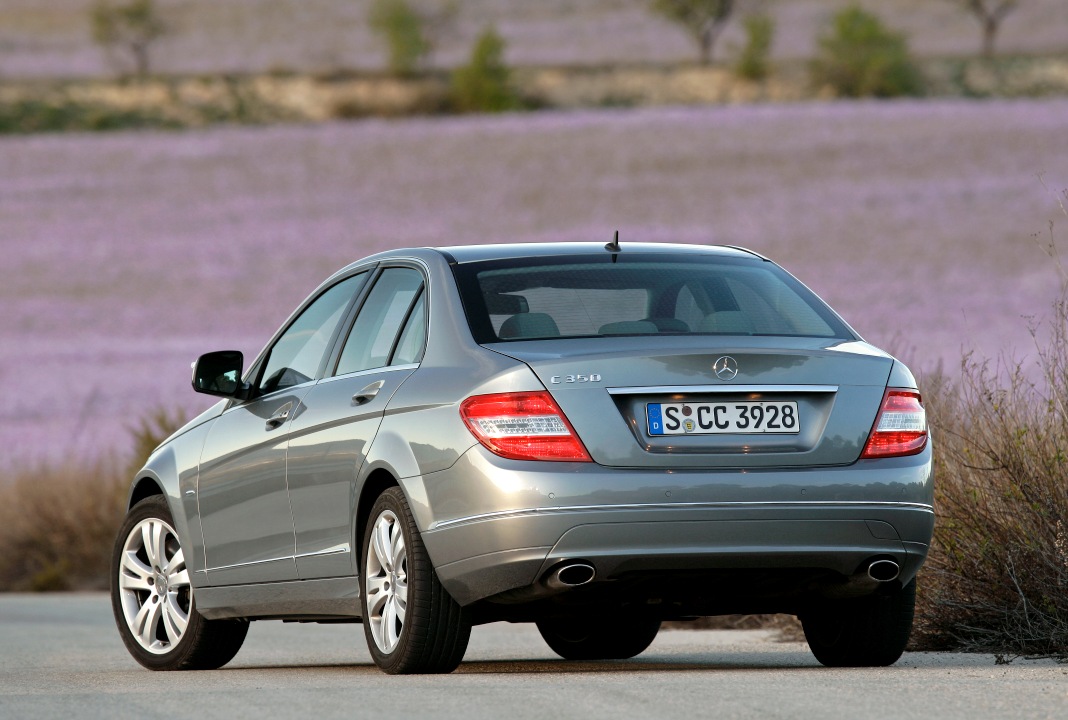 With the new C-Class saloon, Mercedes have one of the finest junior executive saloons in the business, offering an even grander and better riding car than its C-Class and 190 predecessors and a look that mirrors the elegant and muscular design cues of the S-Class luxury saloon and CL-Class luxo-coupe, in addition to an emphasis on sporty and agile handling and an aggressively bold three-slat grille and previously coupe and performance model only large grill-embedded tri-star on the Avantegarde trim as tested. Of the C-Class range, which stretches from the entry level C180 to the super saloon AMG C63, but all things considered, the pick of the crop as I see it is the C320 CDI. 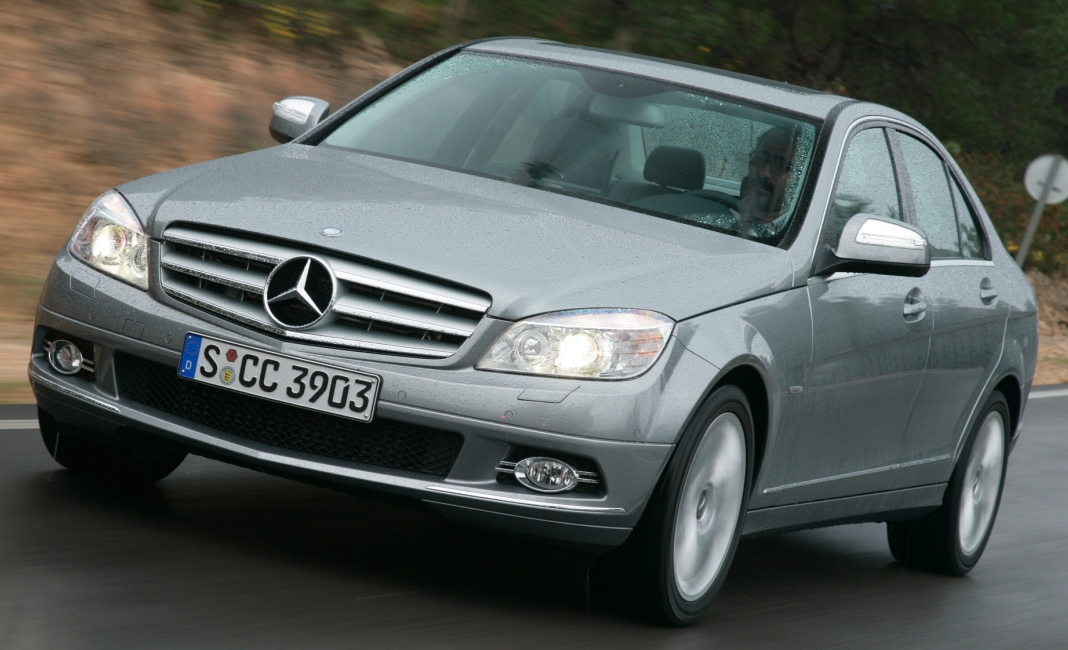 Driven in almost-tropical storm conditions on Spanish roads a day after the terrific petrol C350, the quiet and smooth sounding C320 CDI was an eye opener and proved itself a great car on the road as well as in principle. With its highly versatile engine and smooth optional 7-speed automatic, the C320 CDI is never found wanting thrust with the seven forward gears even somewhat redundant owing to the abundant torque available over a flat and wide band that compensates for the need for many gear changes. However, seven speeds are welcome, and regardless of what speed or gear the C320 CDI’s thrust was overwhelming and relentless, and while it didn’t have the high-rev verve of a high strung sports car, the C320 CDI has the sort of indefatigable brute force associated with locomotives rendering uphills and overtaking maneuvers a cinch.

The un-dramatic ease with which the C320 CDI performs was most astonishing in how easily it surges onward at high speed. Running late for a flight and braving relentless rain and winds, the C320 CDI devoured highways and even at very high speed and in seventh gear, an abundant surge of torque allowed for steady yet swift acceleration, easily pushing against aerodynamic drag and wind resistance taking it close to its maximum. With 224 HP coming into play at 3800 rpm, this is not a Diesel that runs out of steam after its torque-rich mid-rev range, but rather one that maintains momentum. 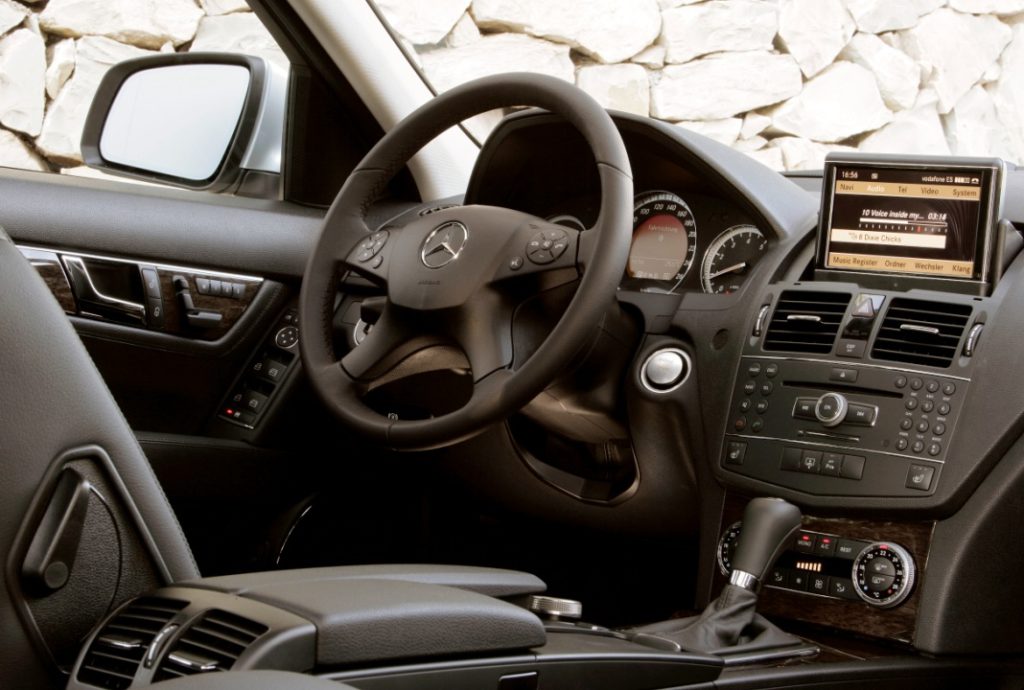 Designed with an eye on aerodynamics and air flow, the C320 CDI feels at perfect ease and firmly planted at speed, while the greater emphasis on handling and agility were evident in its poise and balance on the winding Spanish countryside, with the adaptive damping and more direct steering playing their respective roles keeping it tidy and communicative. Perhaps over-zealous, the electronic stability controls however proved infallible and indispensable when pushed on fast wet corners, meaning drivers are ever less likely to require the C-Class’ enhanced crumple zones and impact energy flows, and other standard and optional safety systems. A most welcome return to the traditional prominent Mercedes grille and a wide and buffed body also lend the C-Class an air of purpose, elegance and authority, while the interior features decent space and an ambiance of Germanic functionality, quality, and basic elegance.

The C320 CDI is one of the cars at the heart of Europe’s evolutionary yet revolutionary Diesel car short to long term answer to rising oil prices and the inevitable dwindling of supplies. Smooth riding, agile handling, elegant, fast, low-polluting, efficient and powerful, we in Jordan still live in the automotive medieval age and will not soon be driving cars like the C320 CDI. With only low quality and high sulfur Diesel unsuitable in the long-run for modern Diesel engines available and a ban on Diesel passenger cars, the strange reports of miracle Diesel cars need to soon become reality here, with cleaner fuel and a lifting of the ban to so that Jordan can too reap the benefit and joy of probably the most important contemporary automotive development. 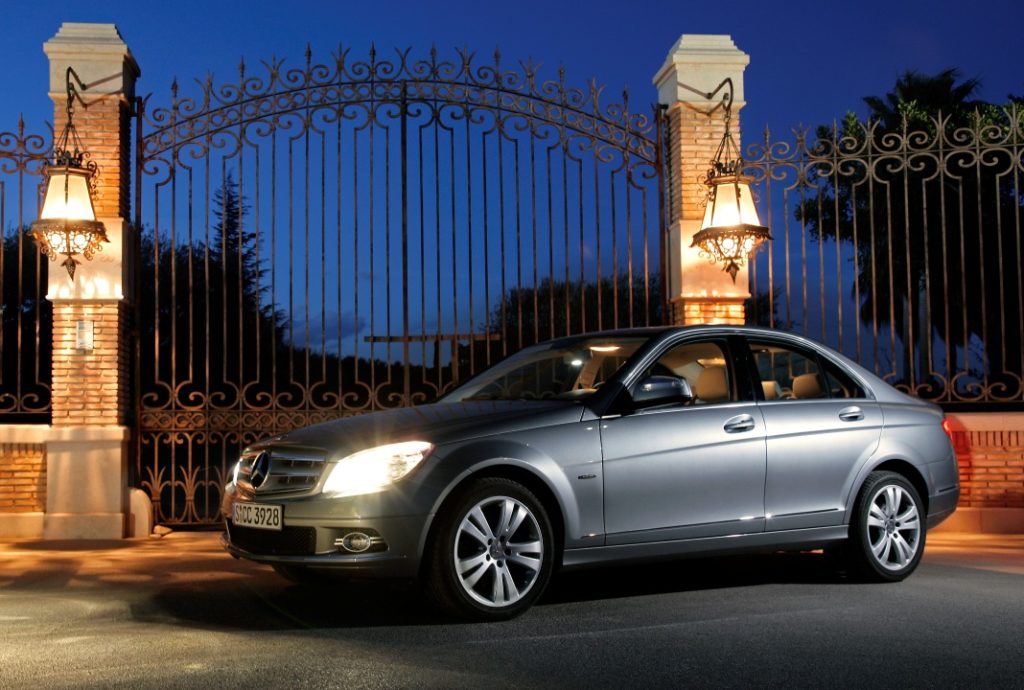