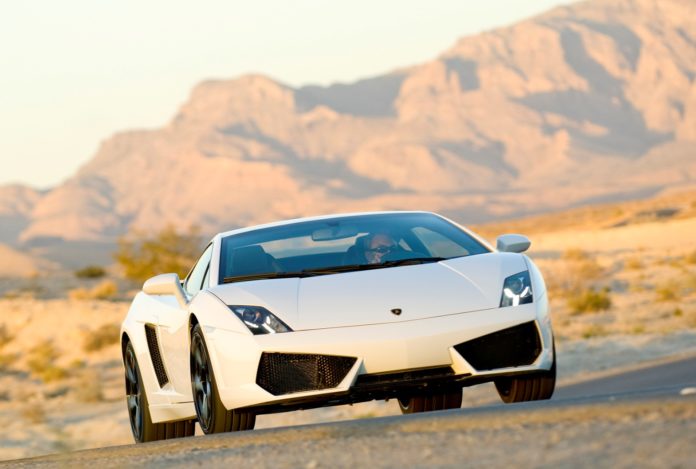 With a screamingly powerful mid-mounted V10, four-wheel-drive and sharp dramatic styling, the Lamborghini Gallardo has, since 2003, delivered an accessible, exciting and easy-to-exploit supercar package that is a product of Italo-German engineering and design, stemming from Audi’s ownership of Lamborghini. Revised in 2008 for more power and efficiency, better performance and styling, and a new nomenclature incorporating engine position, power output and driven wheels, Lamborghini’s junior Gallardo supercar has become an even more impressive package.

Like every Lamborghini since 1974 – bar the LM002 off-roader – the Gallardo’s style owes its basic shape, lines and angles to the stunning Countach. Low, wide, with a cabin-forward layout and almost horizontal windshield rake, the recently face-lifted Gallardo is barely distinguishable from the 2003-on pre-facelift version, and still bears the Countach’s design DNA. While subtle, the 2008 face-lift brings the Gallardo a more dramatic and tightly styled edge, and replaces the rear light clusters horizontally wrapped over the rear with slim and businesslike ones, while the new concise front lights run lower up the bonnet. However, the most effective difference is the more dramatic front bumper and spoiler ensemble, with its dramatic, gaping and jutting triangulated air scoops and a more prominent diffuser. 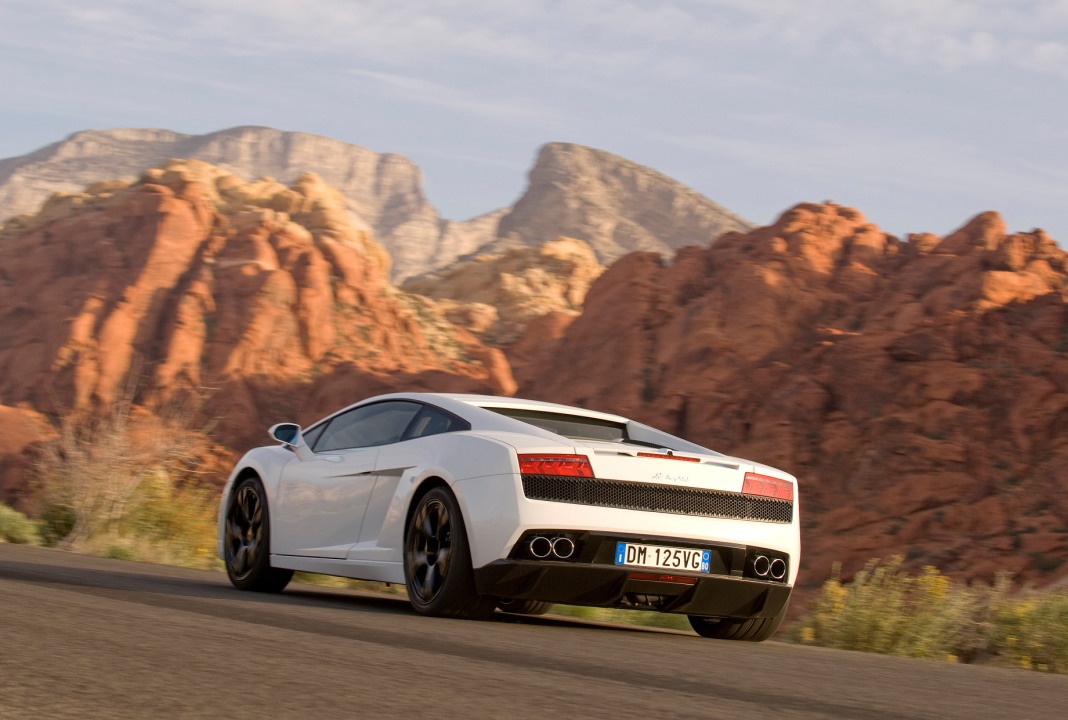 Externally, the 2008 revisions make the Gallardo look better packaged, tauter and edgier, particularly in making the bonnet and rear seem less elongated, while the new bumper adds length at the bottom. Mechanically, the latest LP560-4 version Gallardo benefits from an extra 200cc displacement to 5.2-liters and direct fuel injection which allows for improved fuel efficiency and emissions, and a power hike from 520PS to 560PS at a screeching 8000rpm, while torque rises from 376lb/ft at 4500rpm to 398lb/ft at a later 6500rpm. Other post-facelift enhancements include a stiffer frame and a re-worked version of its automated sequential gearbox for quicker and more responsive shifts, which in ‘Corse’ setting are 40% swifter.

While idling in the “auto” drive mode, the LP560-4’s V10 engine sounds deceptively pedestrian as it whirrs along, but select the “sport” drive mode and accelerate with a heavy right foot in first gear, one soon gets a taste of its deep-lunged savagery, and learns to move on to second gear early for a smoother and less dramatic power to tarmac delivery. In low and mid range revs under 4,000rpm the Gallardo has meaningful shove for daily driving, but it is above that range where time and speed accumulation become compressed, and with a deep roar and hefty shove by 6,500rpm one tends to shift up, but holding out as the V10 build up urge and power until the 8,500rpm limit, and one is treated the Gallardo’s supercar best.

On the short up and down hill test drive, the Gallardo was ferocious in acceleration, but with no chance to try a full-bore slingshot launch, where its four-wheel-drive would have provided the necessary traction, we couldn’t experience the full extent of its 3.7-second 0-100km/h and 11.8-second 0-200km/h acceleration. With gloriously rorty and popping exhaust acoustics on the overrun and when making aggressive downshifts, one took any opportunity to use the LP560-4’s steering column mounted paddle shifters. Having driven the automated sequential gearbox E-gear version Gallardo in two of five settings, the manual paddle actuated sport-mode shifts were more satisfying in their speed and ferocious kick on engagement. In fact, I preferred this mode to shifting automatically or manually in auto mode, where shifts weren’t as committed, quick or much smoother.

With a 70% rear power bias the Gallardo drives similar to a rear-drive car with one feeling a punchy shove on blipping the throttle, but its four-pawed drive-train allows more confident fast cornering with one able to come back on throttle more aggressively and sooner to slingshot out at a rampant pace. With 560PS and 398lb/ft on tap the Gallardo’s rear can still be provoked out, but its front wheels pull it back in line, while its limited slip differential also ensures power isn’t lost to wheelspin before the electronic stability controls step to control waywardness. With sharp reflexes and taut body control, the Gallardo is in its element on fast winding or sweeping roads, while its’ stiff suspension delivers an accurate feel of road texture and ensures level cornering. 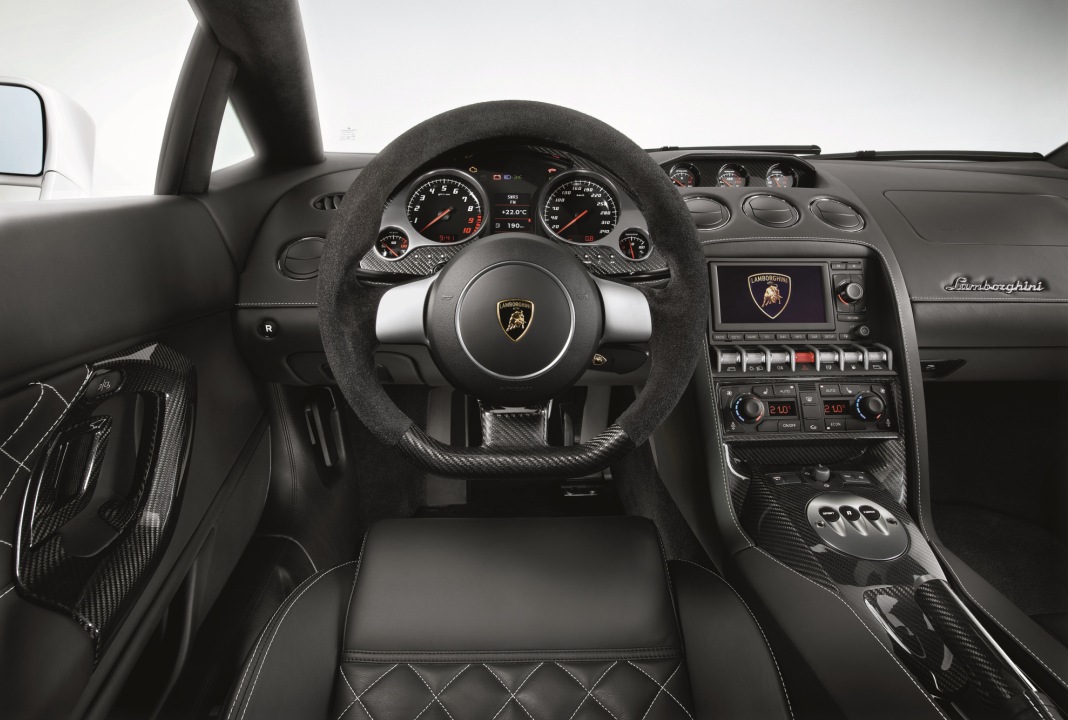 Despite its supercar acoustics and breakaway rear when on boil, the Gallardo LP560-4 is surprisingly easy, accessible and flattering to drive fast. Driven hard towards a corner one downshifts and the engine responds with rort as revs automatically match the new gear, while braking from velocity is sharp and swift. Turning in, one benefits from the Gallardo’s firm and direct steering, which offers good feedback and better precision, and a quick ratio meaning hands rarely leave the wheel. Going in too fast or tight can induce a sliver of under-steer to warn one to correct the steering angle. Easier to drive than its rear-drive Valentino Balboni variant and lighter and tauter than the Spyder, the LP560-4 coupe is probably the most confident and reassuring Gallardo supercar.

With its four-wheel-drive, limited-slip rear differential and ESP working to effectively channel the Gallardo’s raging 560PS its cabin is luxurious and mostly well-crafted. Soft textures and ribbed leather intermingle with many system and gadget buttons. Seating is decent for a very low supercar with an in-line rear engine, and as a plus-sized driver I found a good fast driving position but the seat was pressed against the rear bulkhead, which with the small rear window and long tail makes reversing a cautious manoeuvre. Front visibility was decent from my perspective, but a smaller driver sitting lower and closer would enjoy better visibility around the rakishly A-pillars. 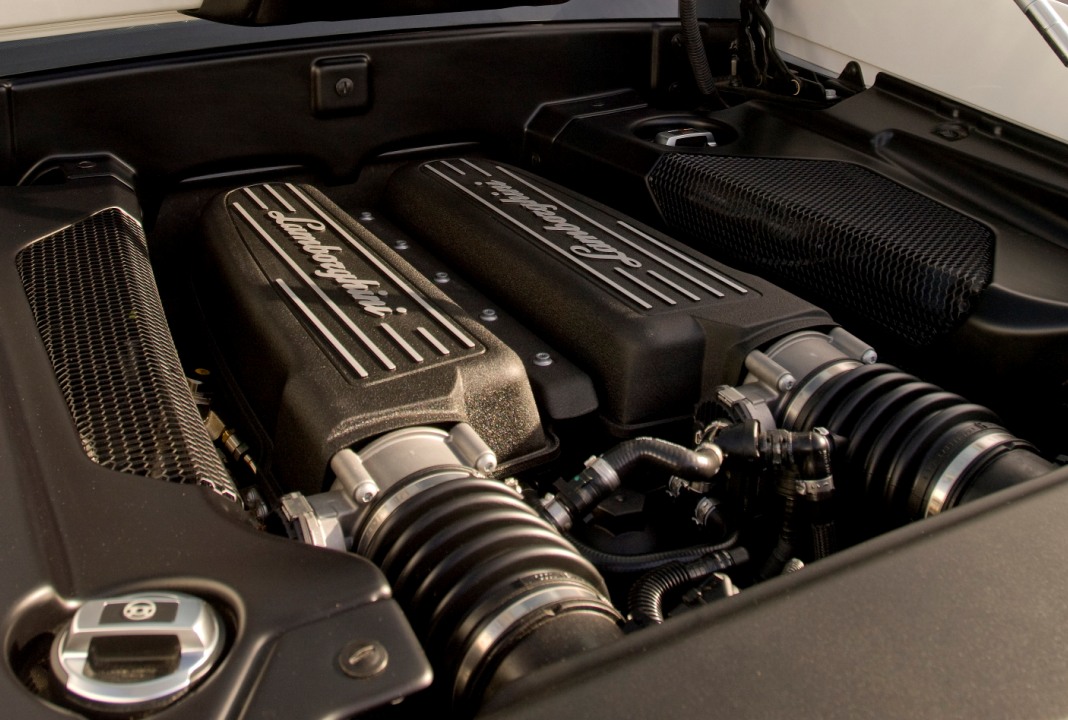 While the Gallardo’s steering wheel was perfectly shaped, finished and sized, and its E-gear paddles were thankfully static, as one can accidentally brush the wipers on while up-shifting. The Gallardo’s footwell easily accommodated a larger shoe size but with little left foot manoeuvring space, while storage compartments were useful but compact. Neither constricting nor generous, the Gallardo’s seats were however wonderfully supportive and ergonomic, while ingress and egress was much easier than expected. 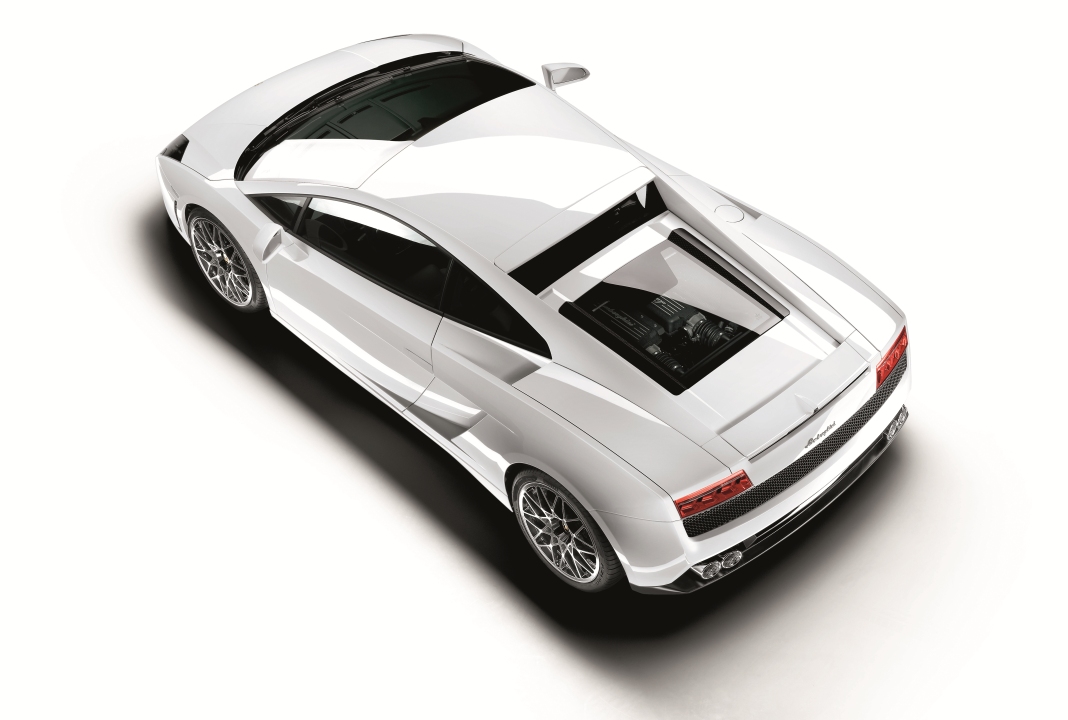