Effectively if not officially re-launched under a new official importer in recent months, Geely’s compact Coolray was unveiled last week in Jordan as a follow-up to last year’s well-received mid-size Azkarra. The second of a revitalized crossover model range to arrive, the Coolray is a testament to just how far Geely has come since it first launched in Jordan, and since its 2010 acquisition of veteran Swedish automaker, Volvo. Launched globally in 2020, the Coolray however first debuted under the Bin Yue nameplate in 2018 in its domestic Chinese market.

Pitched overtly to a younger clientele as a car that ‘understands youth’, it is difficult to fault Geely’s assertion, given the Coolray’s sharp and assertive design, bold colour palettes and punchy power, bordering on the junior ‘performance’ crossover category. Developed in collaboration with Volvo to some extent, the Coolray’s closest Swedish relation seems to be the Volvo XC40 in terms of size and drive-line. With a certain aesthetic relation also evident, the Coolray however carves its own distinct Geely design sensibility with a sportier swept back style and sharper surfacing details.

Under its tautly skinned bonnet, the Coolray is powered by small but prodigiously powerful turbocharged direct injection 1.5-litre 3-cylinder engine, co-developed with Volvo, and producing 177BHP at 5,500rpm and 188lb/ft torque at a broad and muscular 1,500-4,000rpm mid-range. Paired with a 7-speed automated dual clutch gearbox and driving the front wheels, the Coolray’s three-pot powerhouse propels its 1,340kg mass through the 0-100km/h benchmark in just 7.9-seconds as its scampers off the line hunting for traction, and onto a 195km/h top speed. Meanwhile, low combined fuel consumption is estimated at 6.1l/100km.

Powering the larger and heavier Azkarra in hybrid guise, Geely’s 1.5-litre turbo engine better exhibits its un-assisted abilities in the lighter non-hybrid Coolray, in which it delivers genuinely brisk progress. Quick spooling and responsive from idling speed, the Coolray is virtually lag-free from standstill, with a big meaty mid-range allowing for muscular overtaking and hill climb abilities. Eager through revs but with a relatively low rev limit, the Coolray’s engine is one that like to be driven hard, with a charismatically distant yet distinctly off-beat 3-cylinder thrum at full chat.

Stable, quiet and refined at speed, the Coolray is a reassuring and relaxed long-distance cruiser. Quick and comfortable, it is a more forgiving ride than its assertively sporty styling or low profile 215/55R18 tyres imply. Supple in absorbing bigger bumps, depressions and side to side textural unevenness, the Coolray conversely well controls body lean through corners. Its dual clutch gearbox is smooth through ratios in default mode, and succinct in ‘sport’ and manual paddle shift modes. However, operated manually, it conservatively favours protecting the drive-line than being overly responsive to aggressive shift inputs. 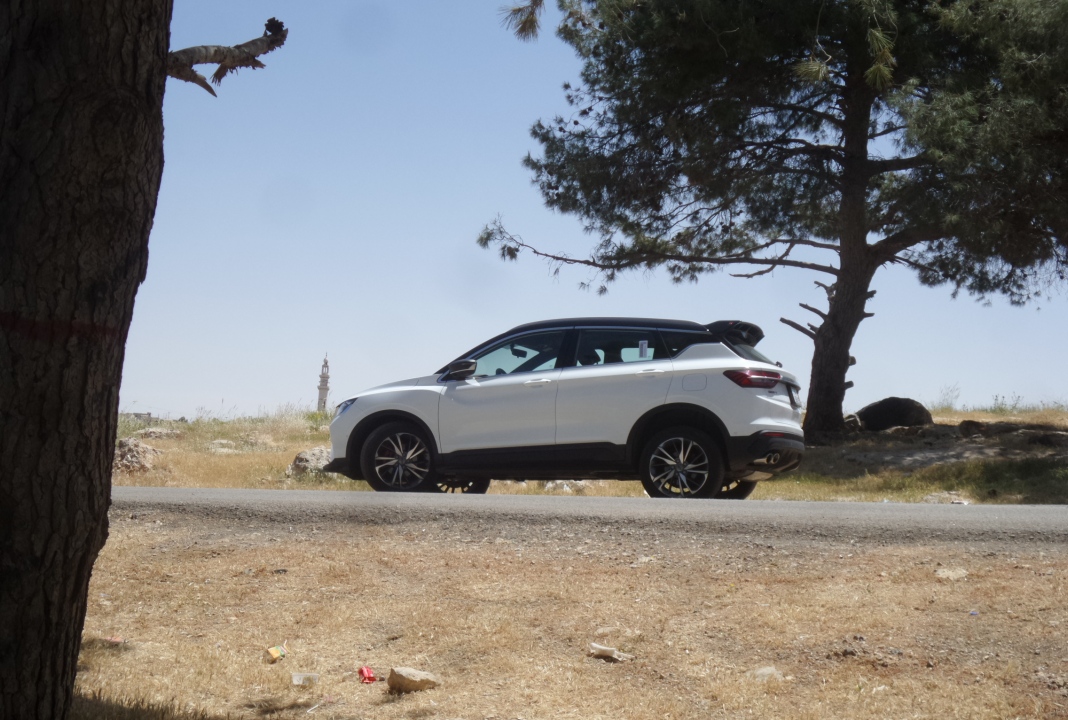 A sportily agile and responsive drive in most circumstance and for most drivers’ demands, given it is a high riding crossover with generous 196mm ground clearance, the Coolray turns into corners in a tidy fashion, with nimble weight transfer when driving in a reasonably brisk fashion. Its light and quick steering meanwhile weights up nicely and becomes more nuanced when picking up speed through sprawling switchbacks. Driving over road imperfections, the Coolray seems more settled than many rivals on rebound and in its vertical control, but would benefit from stiffer damper rates.

Impressively practical, fun, refined and accessibly priced at starting from JD23,000, slightly stiffer dampers would have however helped better fulfill the Coolray’s sporting potential, but perhaps slightly reduced comfort. Firmer dampers pressing its driven front wheels more forcefully in contact with the road on low traction tarmac would reduce torque steer when accelerating from standstill and over when climbing steep inclines with small high frequency ripples and textures. Additionally, firmer dampers would allow one to exit a corner with more aggressive and earlier throttle input and reduce torque-induced under-steer and stability control corrections.

A good value crossover with plenty of premium-like features, the Coolray is sporty and stylized inside with soft textures, good quality materials, trim, and fit and finish. Well-equipped with mod cons including user-friendly tablet-style infotainment screen and electronic gear lever, the Coolray Sport features a chunky flat-bottom steering wheel and electric driver’s seat. For taller drivers, the non-sport model’s manual driver’s seat allows a lower driving position. That said, the Coolray Sport’s seating is supportive through corners and comfortable, while space is good in front, decent in the rear and boot space is well-packaged. 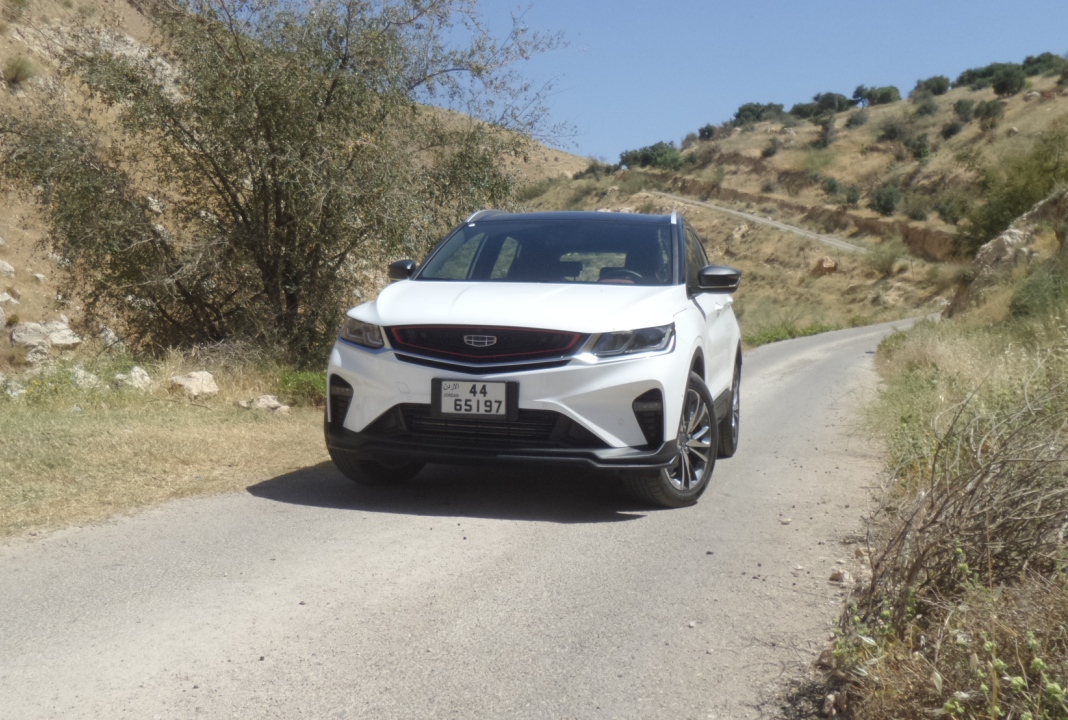 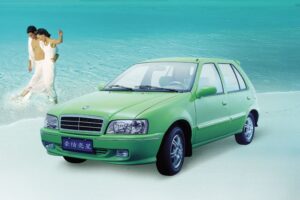 A practical, affordable and three-cylinder compact is about all the Haoqing shares with the stylishly modern, quick and near-premium Coolray crossover, apart from the Geely name. Based on the Daihatsu Charade with a fascia resembling the Mercedes-Benz C-Class, the basic mass mobility Haoqing boasting just 51BHP and 120km/h top speed, but is testament to just how far Geely has come in so few years.