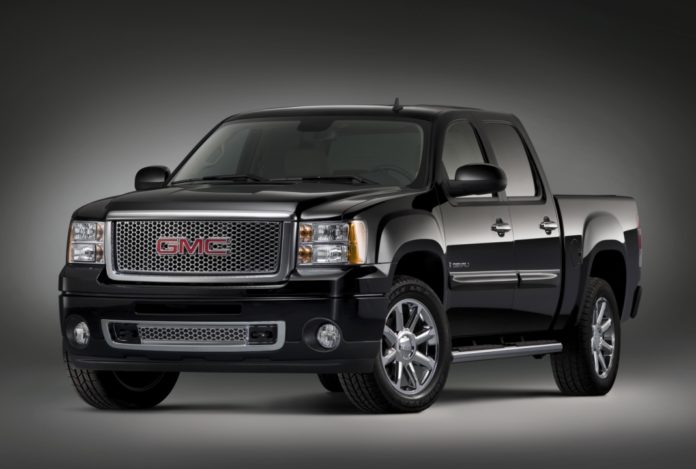 Decked out in black and with its vast shiny chrome honeycomb grille, you just know that GMC range-topping non-HD truck is going to be a hoot. Stepping into this devilish delight from Detroit during a GMC ride and drive event in southern Jordan, one’s glee at the prospect of 2.5-tons of truck powered by a slightly detuned Corvette engine was palpable. And once this reporter’s British co-driver turned his baseball cap around and whooped in an effort to capture the good-old-boy appeal of the GMC Sierra Denali, a right foot jab at the throttle elicited a deep and menacing bass-heavy growl as all four wheels dug in for blast off onto the open road.

Though little different from lesser Sierra pick-up versions, it is the Denali’s minor differences that make all the difference, from its outlandishly shiny and large chrome grille, brutally powerful engine and dedicated full-time four-wheel-drive that make it stand out. While regular workhorse Sierras come with engines ranging from anemic 195HP 4.3-liter to a gutsy 315HP 5.3-liter V8s, the Denali’s enhanced state of tune and 403HP, which are more effectively utilized with permanent all-paw traction, make it that much more special. Aside from the power, performance and aesthetic differences, the Denali spec model features a better interior equipment, furnishings and amenities, thus making it either an up-market version of the Chevrolet Silverado or just one step down from a Cadillac Escalade EXT in General Motor’s vehicle hierarchy. 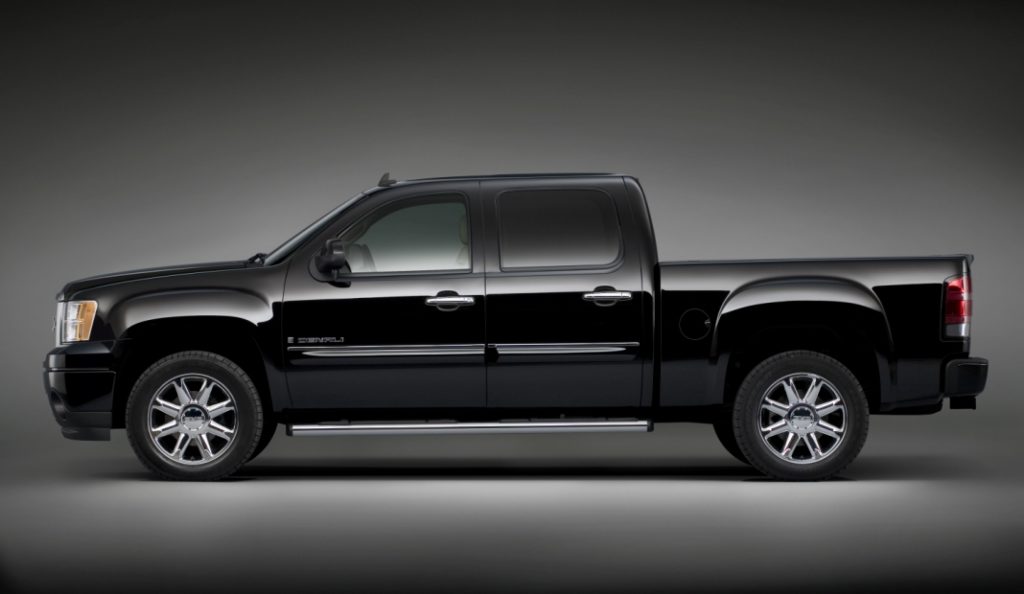 Moody and brutal with a hint of symmetrical elegance and flamboyant style about it, the GMC Sierra Denali is like a surly up-market thug in an Armani suit and flash gold chain. Bearing its GMC logo loud and proud in its ostentatious honeycomb grille the Sierra is hardly demure, while the grille’s and bonnet’s sheer width lend strong presence. With its wide grille topped by an angular and muscular bonnet bulge and flanked by big square headlights consisting of smaller stacked rectangles, the Denali’s aggressive demeanor is also reflected by its huge 265/65R18 tires and 8-spoke alloys that fill up a set of pronounced wheel-arch bulges. Contrasting the square headlights are deep-set round fog-lights in the bumper, which flank a chrome honeycomb air intake.

With its double or crew cabin configuration, the Sierra Denali’s length looks proportional, as the longer cabin and regular size cargo bed detract from its 5844mm length and emphasize a more harmonious and discrete side and rear design. Inside like out the Sierra Denali has an air of a more special type of work truck, as if this is the truck a construction worker done good in life as a middle class contractor would drive. With soft touch dashboard, leather seats, wood accents, powerful stereo with USB and Bluetooth connectivity and numerous other creature comforts, the Sierra Denali has a roomy and pleasantly airy cabin in front, while rear space and access are good, they could be yet improved when considering the acres of space available.

With high equipment and comfort levels, it was odd that the range-topping Sierra Denali didn’t have rear seat air vents – at least on the tested demo model – while the absence of steering reach adjustment was largely made up for by manual steering rake, and electric pedal reach adjustment. Sofa like front seats and a commanding driving position with good visibility made the driving experience comfortable and homely, and the absence of steering wheel wood lining on the demo model was welcome. With a generous cabin width and steering column gear shifter, a front 3-seat bench configuration option like on lower spec Sierras could have been interesting, while manual sequential gearshifts were made through buttons on the selector and close enough to use without taking one’s hands off the steering wheel.

Featuring the same glorious 6.2-liter incarnation of GM’s prolific small-block V8 engine as the base Corvette sports car but in a similar state of tune as the Camaro SS sports coupe, the 2.5-ton Sierra Denali is certainly presents a much heavier and less aerodynamic challenge, but one that is accomplished with aplomb and an estimated 6.5-second dash from 0 to 97km/h. Developing 403HP at 5700rpm and 417lb/ft at 4300rpm, the Sierra Denali’s burbling and bass-rich V8 isn’t short on motivational skills, but where it truly excels is in its linear and fluidly accumulative build up of torque and power. Muscular at idle and until mid-revs, the Sierra Denali’s 6.2 V8 subtly becomes a volcanic powerhouse as its speeds smoothly and eagerly into high revs and toward maximum power and its 6000rpm redline.

With rich, velvety and generous ever-present torque providing instant reaction and motivation when to a background of languidly burbling bass, the Sierra Denali’s 6.2-liter can happily do either lazy cruiser or ferociously fast. Promiscuously powerful on kick-down to lower gears and higher revs, the Sierra Denali’s burble becomes a more urgent and forceful staccato growl pushing one forcefully into the seat’s cushy back rest as revs climb swiftly and the speedometer needle effortlessly bounces into an electronically governed 170km/h speed limit. Utterly flexible and ample throughout, the Sierra Denali’s engine is viscerally satisfying and, despite being an efficient and modernized interpretation of traditional OHV 16-valve technology, does have an unavoidable and rapacious thirst, considering its displacement, the Denali’s un-aerodynamic 2.5-tons and – crucially – the addictive fun to be had belting it hard.

Long and wide, the Sierra Denali enjoys excellent highway and cornering stability, with its long wheelbase playing a crucial role in ensuring a planted and reassuringly solid highway ride right up to its speed limiter, while through corners its wheelbase makes it exceptionally difficult to throw the back out, even with its Stabilitrak electronic stability controls switched off. A smooth and comfortable drive on good or reasonably well paved roads, the truck-based live-axle and ladder-frame Sierra Denali can however become jouncy on particularly pock marked or uneven road surfaces. With a light steering and commanding driving position, the Sierra Denali is relatively easy to maneuver, despite its huge size, while its light steering even manages better than anticipated precision and feedback. 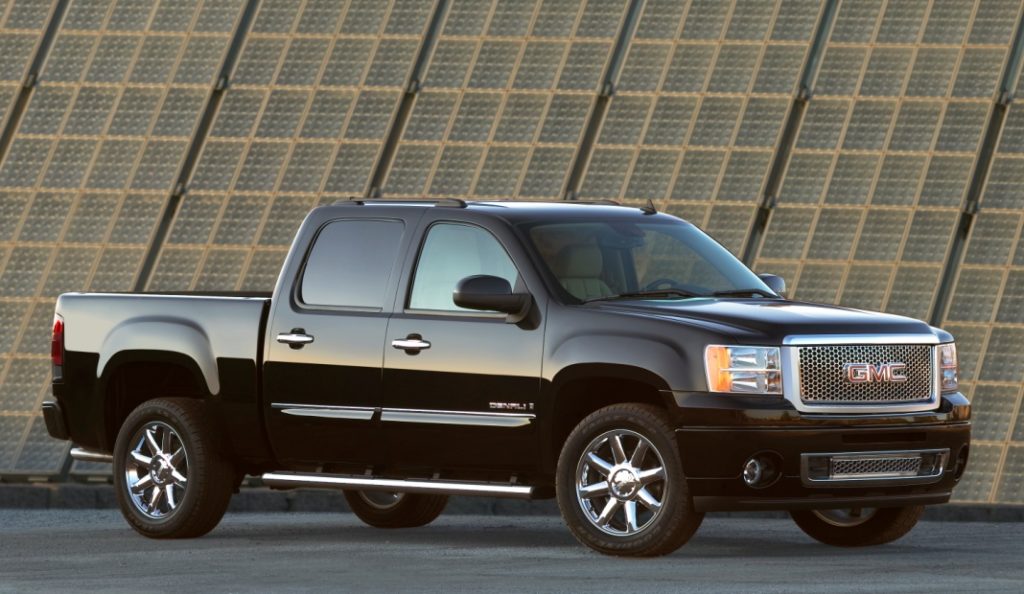 A heavyweight, long and tall truck, tight corners may not be the Sierra Denali’s home turf, but driven through winding southern country roads, the Sierra Denali was easy to place on the road and was highly resilient to grip loss, with its full-time four-wheel drive ensuring excellent traction and little under- or over-steer. Designed primarily as a high-end load carrier and towing apparatus – both of which it excels at – the Sierra Denali also has good scope for off-road driving. With limited approach, departure and break-over andgles and a vast size, the Sierra Denali may not be best suited for technical off-road driving through trails, but it is a terrific desert performer.

With its vast torque, four-wheel-drive and versatile 6-speed gearbox can either wade or pummel desert and dusty conditions and tracks with ease. On test drive through a marked desert course, the Sierra Denali’ lateral stability and grip were pushed to the limit and resulted in controlled full-power tail slides through sandy corners, with one able to accurately point the Denali and blast off onto straights, while its stiff chassis and suspension provide the ruggedness and rigidity to cope with driving hard and fast through rutted and uneven semi-desert conditions. 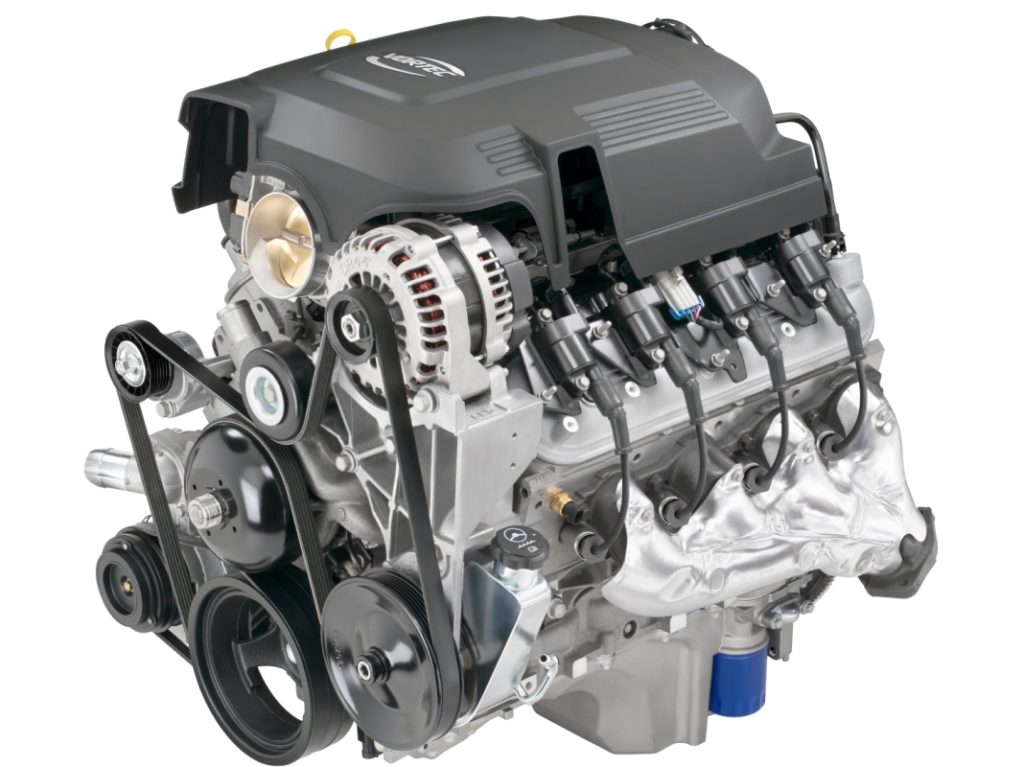