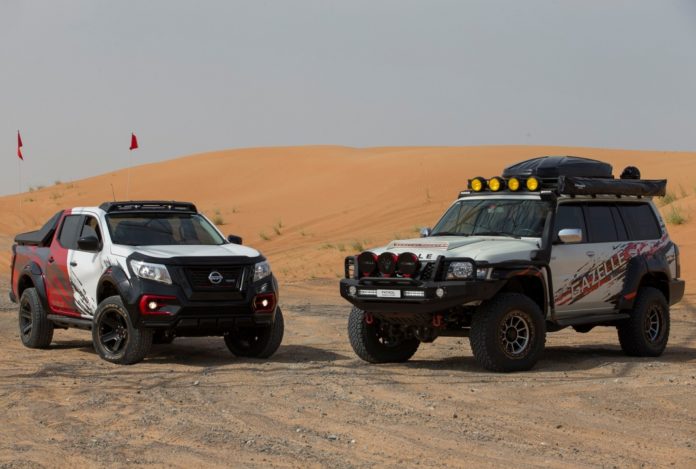 Developed for the Middle East and following on from Middle East-specific Gazelle versions of the Patrol pick-up, and the regional re-introduction of the brick outhouse-tough previous generation Patrol, the Gazelle Storm is in essence a modified Patrol Super Safari SUV designed with dune driving and overland adventuring in mind, and is powered by Nissan’s long-running bullet-proof 4.8-litre straight six engine.

With a similar brief and similarly upgraded, lifted and modified, the Navara Gazelle re-interprets Nissan’s rugged, practical and hard-working as a plaything and expedition machine than a commercial workhorse. Powered by either petrol of turbo-diesel 4-cylinder engines, of which the oil burner is the far more interesting, the Navara Gazelle’s expectedly much greater range, fuel efficiency and focus on mid-range torque will make it the more appealing and relevant of the two for the Levant.

However, in the UAE and broader oil-rich gulf parts of the Middle East where the petrol-powered Patrol confidently reins on the dunes and boulevards, it would be the Storm that would be expected to develop a cult following if, or when, it arrives in production guise. 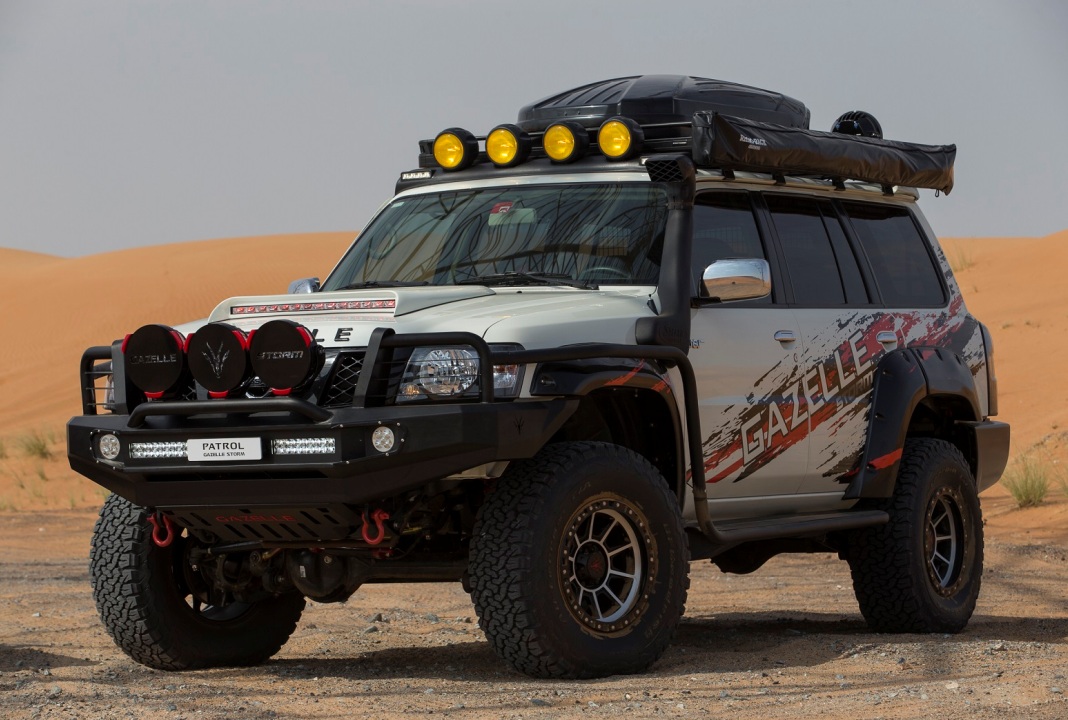 Exclusively developed for customers in the Middle East, the Gazelle Storm is a one-off concept vehicle, built on the iconic Nissan Patrol Super Safari, which offers an unparalleled off-road experience that can conquer anywhere.

The Gazelle Storm’s already great off-roading capability is taken to the next level with a higher approach angle and an on-board tire compressor, that fits in perfectly with the off-roading culture of the region. It provides the key aspects for dune bashing, as well as extreme overland experiences that adventure enthusiasts are thirsty for.

A master of swiftly maneuvering through multiple terrains, the Gazelle Storm Concept is powered by a 4.8L 6-cylinder powerhouse, it embraces a premium and tough interior reflected in striking Gazelle Storm leather and varying mood lights.

Ready to conquer the great outdoors, the concept car also comes with a built-in protective storage box for off-road gear and camping equipment, storage drawers, a barbecue holder and food and beverage fridge.

Thierry Sabbagh, Managing Director of Nissan Middle East, said: “The Middle East inspired the very creation of the Patrol Safari range. With its rugged exterior good-looks, and superb off-roading capabilities that can conquer any terrain, the car has gained legendary status in the popular culture of the region. At Nissan we understand the importance and enduring popularity of this iconic nameplate to the people of the Gulf and in response to that demand, Nissan set out to create this exciting concept car.” 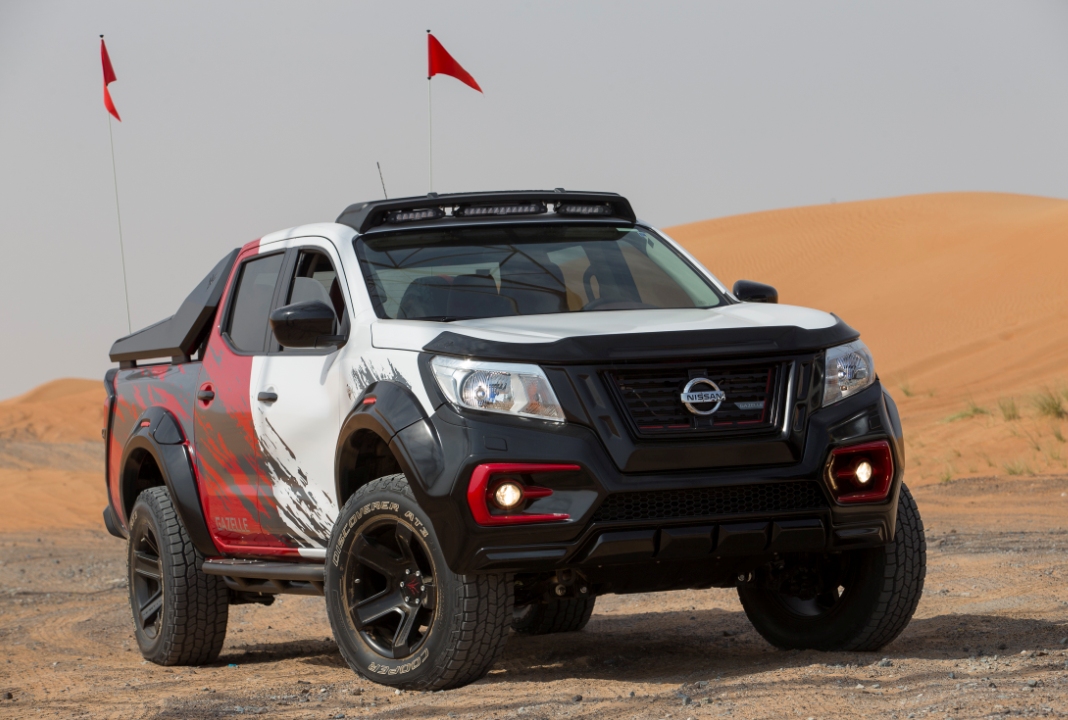 Another vehicle specifically developed for the region on a true workhorse truck, is the Navara Gazelle concept. With its striking and unique look, the Navara Gazelle lets you work hard and play harder. With more emphasis on play hard, the Navara Gazelle Concept will give more sports and performance capabilities with its newly designed bumpers, tailgate spoilers, enhanced suspension shocks, built-in compressor and a two-inch lift kit with all terrain tires.

The 2.5-Litre Engines, giving customers a potential choice between diesel and gasoline, make the most of power and efficiency whether cruising the streets of Dubai or driving on the desert dunes.