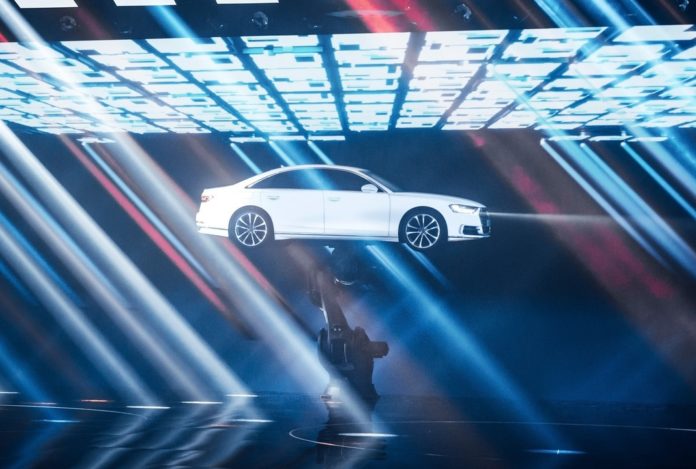 Seemingly sitting on all four wheels with an authoritative stance to emphasize its Quattro four-wheel-drive, the A8 also features a flowing roofline and optional laser headlights. Dominated by its vast and upright hexagonal grille, the A8 detailed and fluent body surfacing and crisp ridges were of particular interest when viewed in a studio setting.

Under its sculpted bonnet the A8 will initially be offered with a turbocharged 3-litre V6 engine, with V8, W12 and full hybrid versions soon to follow. However, all models will feature a 48v hybrid technology, which utilizes regenerative braking to charge. This system allows for significantly enhanced efficiency by allowing the car to coast with the engine switch off when coming to a stop, and for more extensive and smoother operation of the fuel-saving stop/start system. 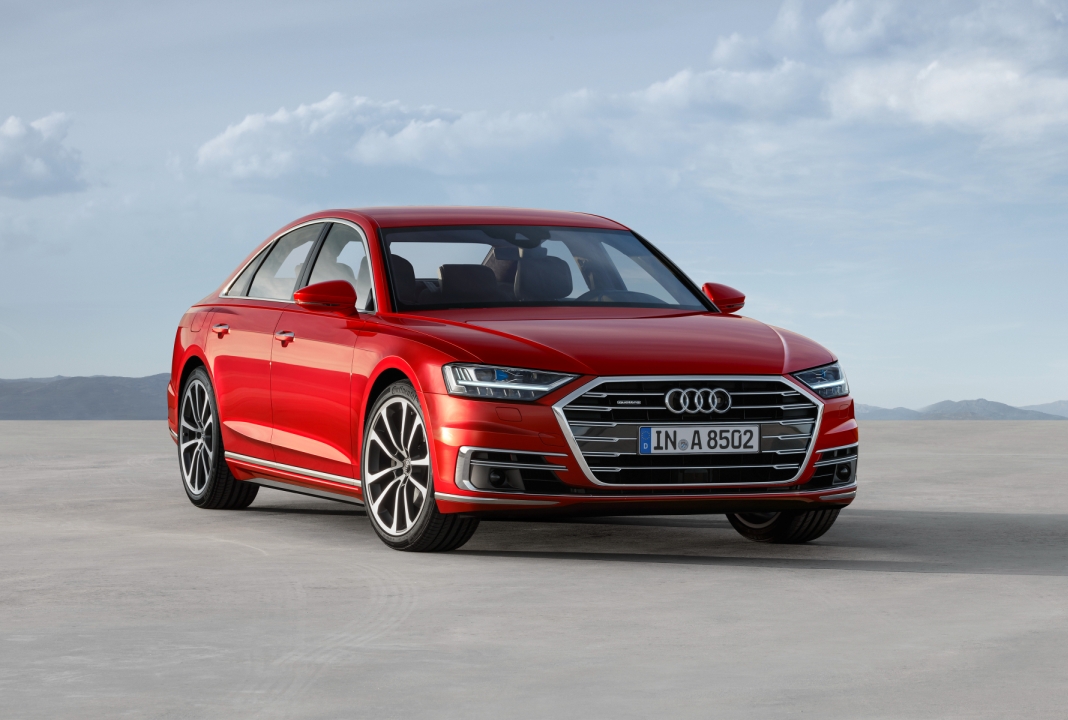 The A8’s mild hybrid system will also power the A8’s innovative AI-integrated fully active suspension, which uses cameras to ‘read’ the road and electromechanical to control each wheel for enhanced, ride comfort, handling and safety. And in addition to highly autonomous driving and parking and extensive safety and assistance technologies, the A8 features all-wheel steering across the range for enhanced agility, stability and maneuverability.

Inside its plush leather and open-pore wood trimmed cabin, the A8 features a reductive horizontally-orientated design, with tactile buttons and 10.1-inch infotainment screen blending almost invisibly with high gloss black trim when off. From the screen and glass-look buttons and touchpad, one accesses vast infotainment features, including self-learning navigation system. Additionally, its touch pad is highly responsive to written input, while voice control recognizes natural speech patterns.