A new comer to the local market since Lada’s Jordanian comeback late last year, the Lada Largus Universal is practical, affordable, maneuverable and versatile people mover. First launched in 2012 as part of a new generation of cars developed by the Russian manufacturer as part of its association and in collaboration with the Renault-Nissan Alliance, the Largus is a modern design that is built for purpose rather than excess. Fitted with the more necessary modern amenities and comforts, it is however designed to be trim, rugged, easy to maintain, accessible and functional.

Ostensibly a successor to the 1998-2006 Lada Niva-based four-wheel-drive Nadezhda multi-purpose vehicle (MPV), the Largus is based on a longer front-drive version of a Renault-Nissan platform widely used for various hatchbacks, saloons, SUVs and MPVs across Alliance associated brands including Nissan, Renault, Dacia and Lada. Offered in 7-seat MPV Universal model, as driven, or panel van versions in Jordan, the Largus is compact, narrow and easy to maneuver, but with a visibly long wheelbase, short overhangs and tall roof, it delivers both driving stability and generous 3-row cabin space. 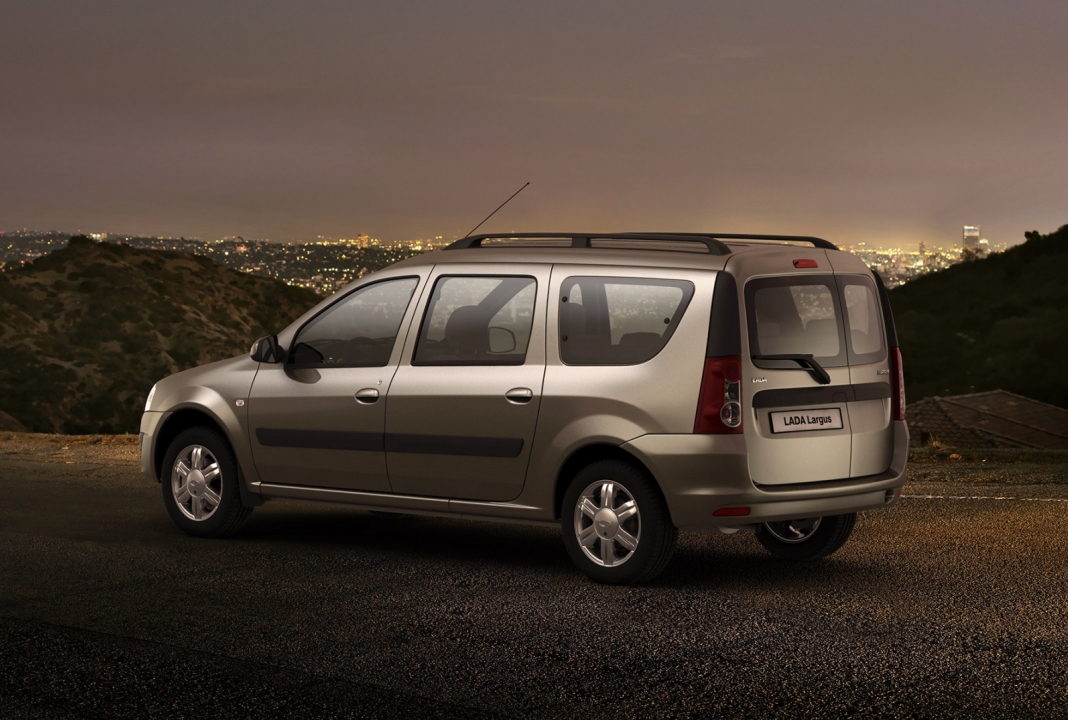 Appearing longer than its 4470mm, the Largus Universal is styled with smooth flowing lines and a sense of discretion, and being one of the earlier of Lada’s new crop of cars, lacks the brand’s more recent models’ sculpted side surfacing design trademark. Bearing resemblance to the Dacia Lodgy and Dokker MPVs and other Renault/Dacia compact saloons from front view, the Largus’ long wheelbase and cabin allow for long rear doors with easy access to the rear two seat rows. A subtle design, the Largus’ boot features unequal dual side hinged doors flanked by vertical rear lights.

An honest and practical people mover, the Largus Universal is powered by a similarly unpretentious but suitably capable 1.6-litre 16-valve 4-cylinder engine, mated to a 5-speed manual gearbox driving the front wheels. Developing 100BHP at 5750rpm and 107lb/ft torque at 3750rpm, the 1370kg Largus accelerates through 0-100km/h in a decent 13.5-seconds, but its rate of acceleration to 80km/h seems quicker and allows one to join highway traffic in a timely pace. Capable of 165km/h top speed and smooth, capable and responsive at highway speeds, the Universal also returns comparatively low 7.9l/100km combined cycle fuel consumption. 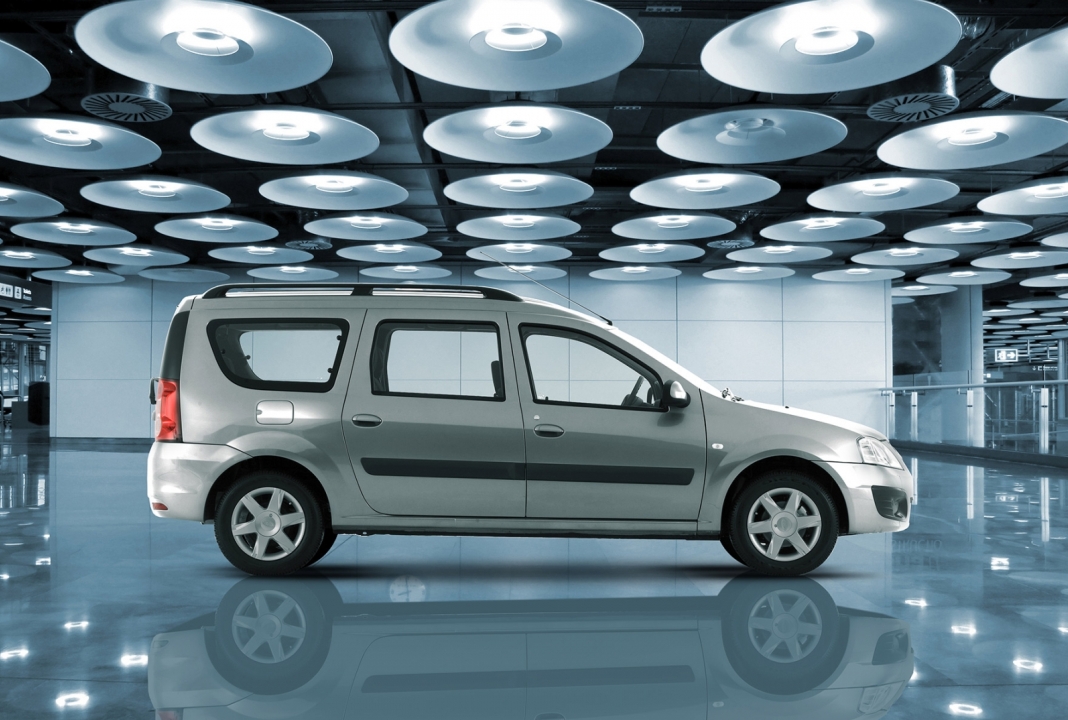 Frugal for any 7-seater, the Largus’ engine and gearbox are well-suited, with ratios optimized for performance and efficiency. Refined in operation and, its engine isn’t exactly sporty or eager to race to redline, but is nicely progressive and consistent in delivery from idling to rev limit. Perkier when lightly loaded, one however compensates by holding gears longer when the Largus is heavily loaded. Effortlessly light, smooth and user-friendly for finger tip shifts and light, intuitive clutch pedal pick-up, the Largus shift action is slightly notchy if roughly handled, but isn’t quite as satisfyingly mechanical and connected as the Lada 4×4’s.

Seeming docile, soft and a little distant at first due to its light effort controls, the Largus is however a more talented handling car than one would expect. Driven with more enthusiasm, it soon reveals an agility and sense of involvement not too removed from the nimble and fun previous generation Renault Clio, to which it is loosely related. Through winding corners, the Largus’ light steering – aided by slim 185/65R15 tyres – weighs up nicely and becomes more communicative in feedback and precision. Meanwhile, some body lean is evident through corners, but settles in with a progressive and predictable manner. 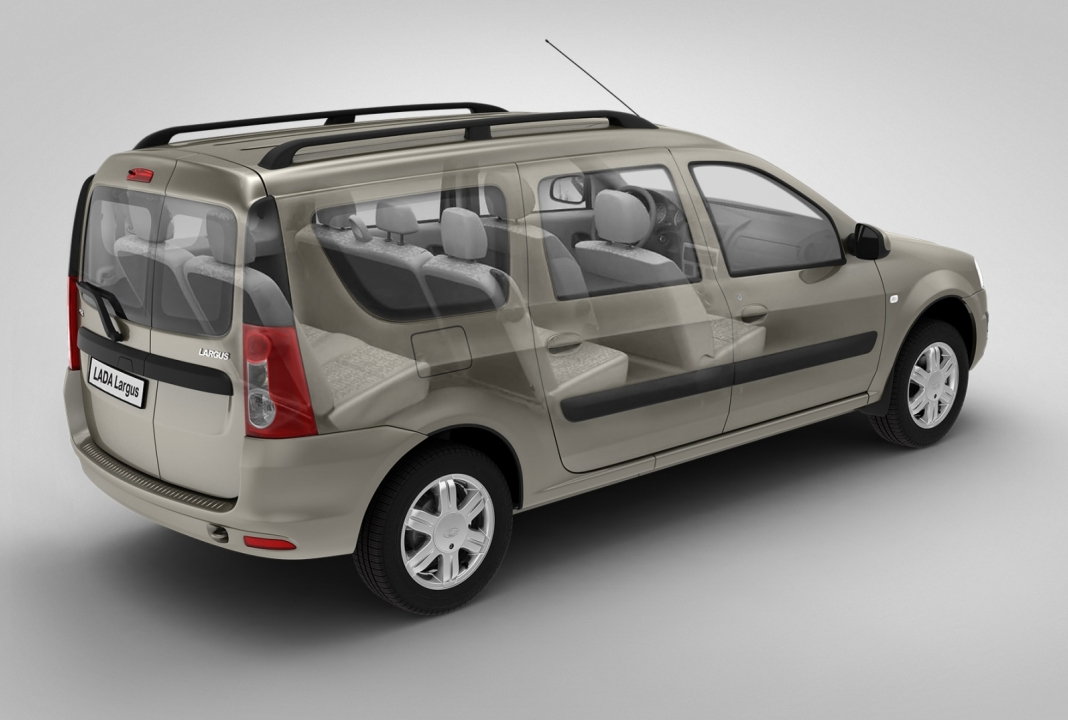 Long, slim and tall, the Largus may not immediately seem nimble handling, and especially not if one pushes too hard and steers in too later, where its long wheelbase tends to lend itself to an instinct to understeer. However, with early and sharp turn-in, and by pivoting its weight to the rear and outside, the Largus becomes surprisingly agile and eager pouncing between one corner to the next. Soon developing a rhythm to its driving style, one soon appreciates its supple suspension and tall tyres, which smooth out most impervections with a velvety quality, and are forgiving over jugged and sudden ruts and bumps.

Conceived with developing markets and rougher roads in mind, the Largus is comfortable and absorbent, while its long wheelbase and suspension settings keep it alert yet settled at speed and over large bumps and on rebound. Practical and spacious in a compact package, the narrow Largus easily negotiates tight backroads, while a relatively high 145mm ride height counters its long wheelbase on break-over and provides good clearance on semi-paved roads. Spacious inside with its high roof, its cargo capacity increases from a useful 135-litres with all seats up, to a generous 560-litres and a massive 2350-litres when the second and third rows are folded down. 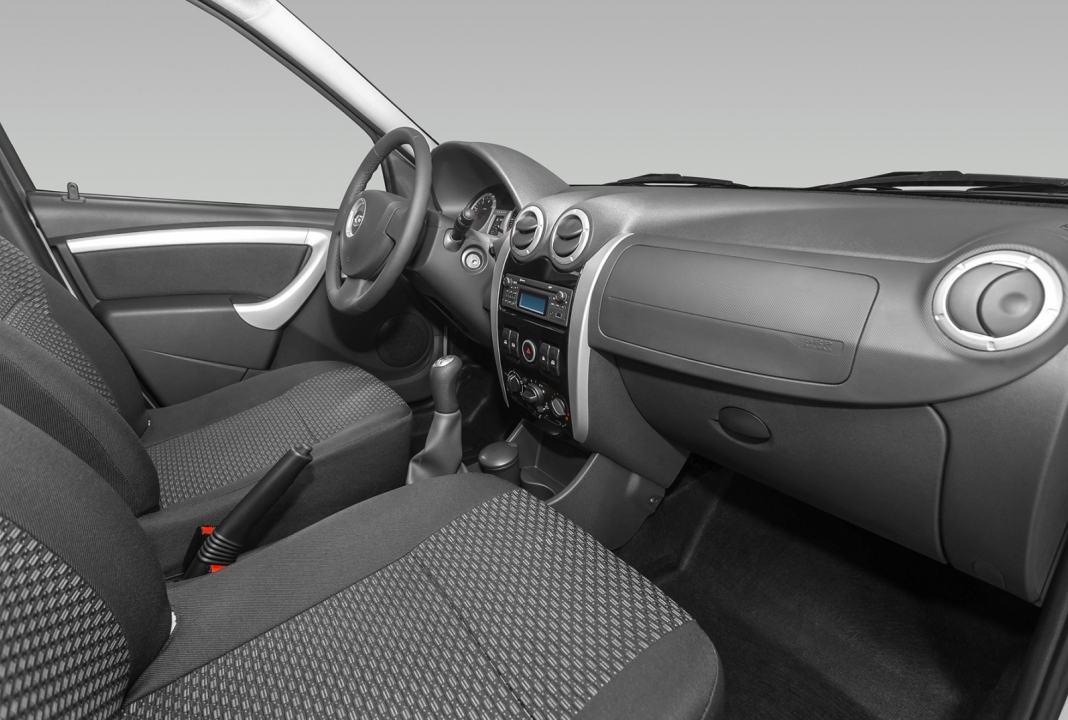 Convenient and flexible, the spacious Largus airy cabin features a big glasshouse for good visibility and big rear doors for easy third row access. It cargo door windows are however somewhat higher, but its low loading height is notably useful. Inside, middle row passengers have an overhead storage compartment. Driving position is well-adjustable and comfortable, but higher seat side support would be welcome when driving through corners.

Big on value, the Largus’ cabin is logically laid out and uses mostly decent quality, but not extravagant materials, yet also features a number of creature comforts including but not limited to USB-enabled sound system, electric front and middle row windows and AC. Priced competitively at JD16,500, on the road with third party insurance, the Largus comes with a 3-year warranty including a 60,000km parts and labour service package and unlimited mileage roadside assistance. 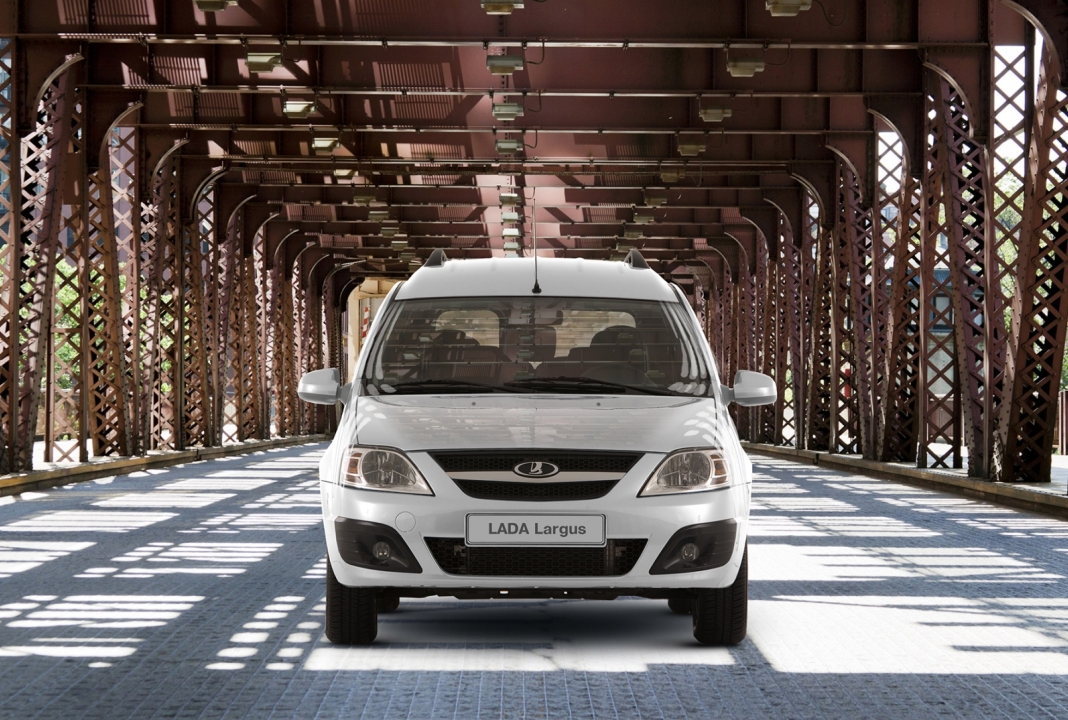 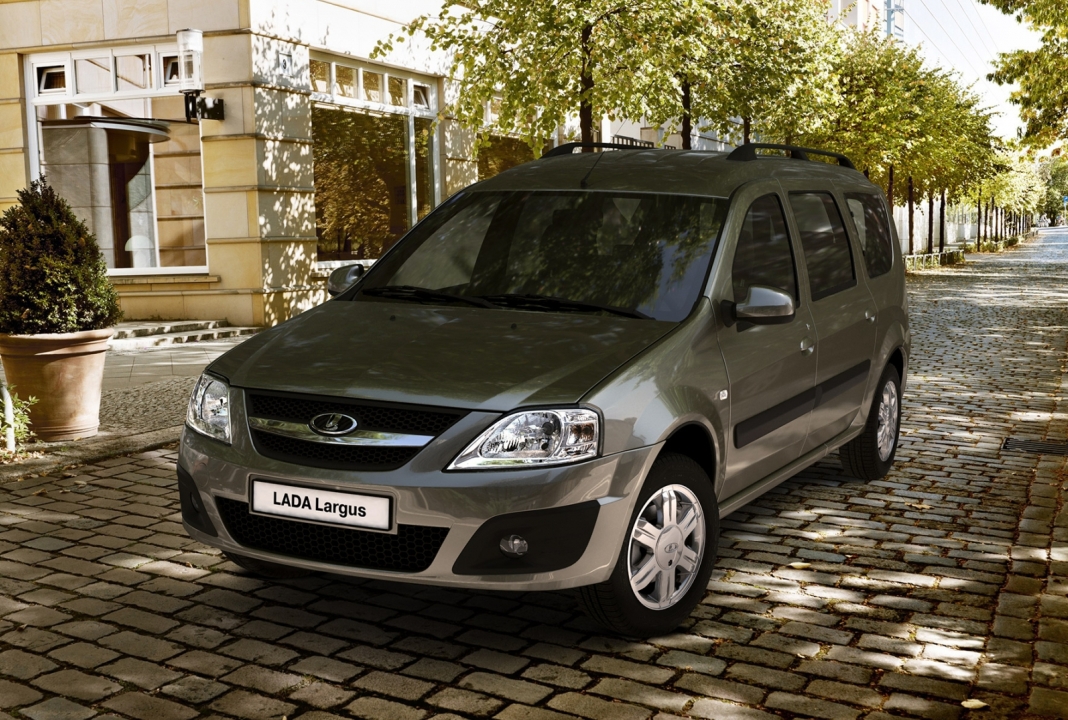