The Bacalar spearheads a return to coachbuilding by Bentley Mulliner and features an enhanced version of Bentley’s peerless 6.0-litre, W12 TSI engine, the most advanced 12-cylinder engine in the world.

Since the first introduction of the twin-turbocharger W12 in 2003, the refinement of the engine has seen an increase of up to 27 per cent in power, 38 per cent in torque and a reduction of 28 per cent in emissions.

Each W12 engine is hand-built over 6.5 hours by a team of 45 craftspeople before undertaking a highly sophisticated test regime of over an hour via three specialist diagnostic machines during the engines assemble. 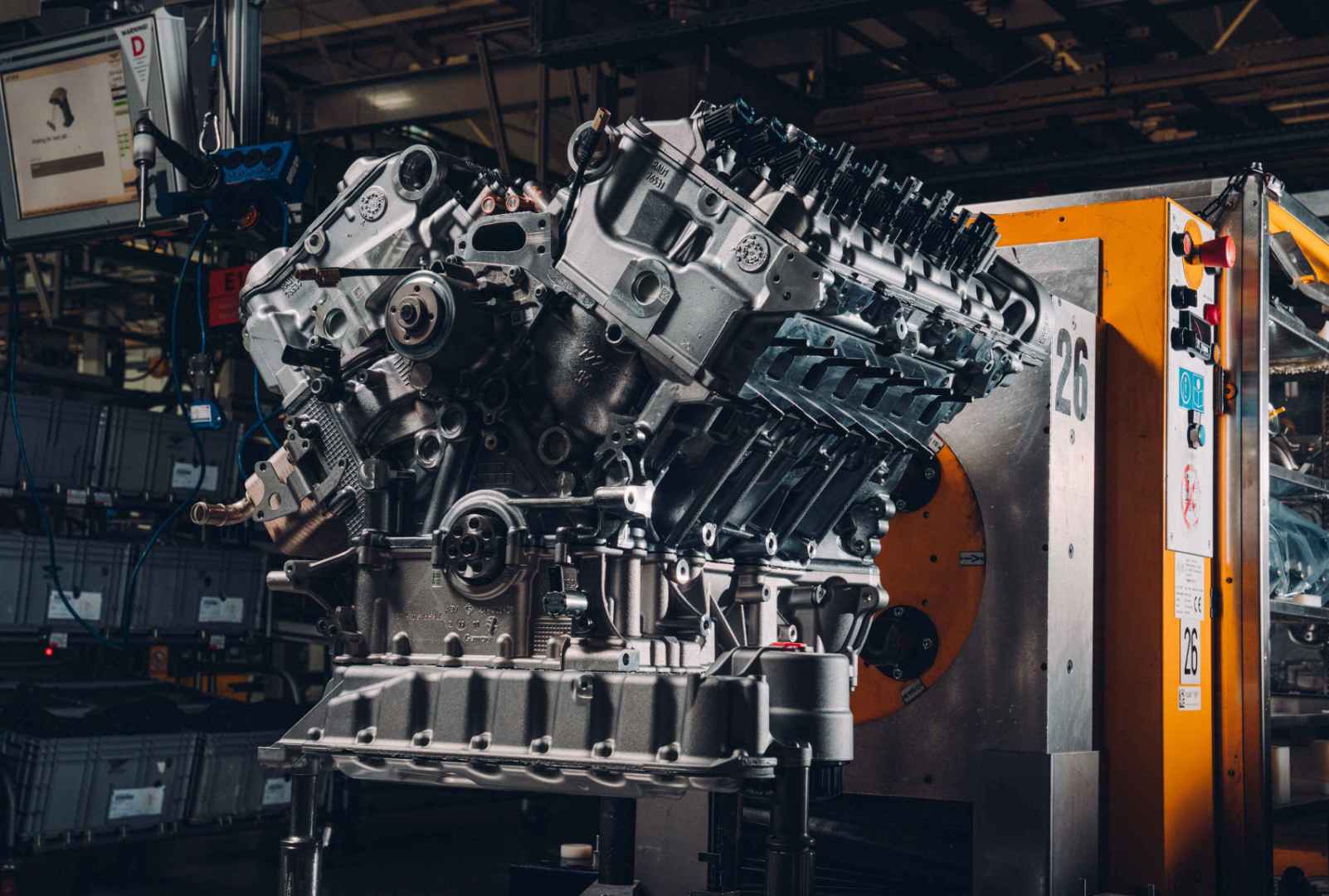 The three tests that the Bacalar engine has already been put through are part of Bentley’s exceptional quality control processes.

The first test is for leakage and can be undertaken after the engine has been assembled to the point that fuel, water and oil systems can be closed – a production stage known as a “short engine”.

The leakage test is conducted by pressurising each of the systems, for fuel, oil and water individually. The different cavities are pressurised to values between 0.2 – 5.0 bar respectively and then measured whilst the pressure decays over time. The reduction in pressure versus time represents the quality of the sealing of the engine assembly.

The second and most advanced test is Cold Test. The engine is loaded on to a testbed plate and connections are made to the engine loom and all engine systems, whilst a large electric motor couples to the engine via the crankshaft.

“Motoring” the engine via the crankshaft allows the test bed to collect data from a suite of sensors. The facility measures 600 individual properties and characteristics of the engine during a 15-minute cycle. The Cold Test can confirm the engine timing is accurate and therefore achieving the best possible combustion cycle.

When the engine arrives for hot testing, a UV dye is added to the engine to help identify any leaks. The engine is cranked to build oil pressure before the ignition system is energised and then left to idle whilst the engine test technician listens for any refinement issues and checks for leaks with a UV lamp.

Bentley’s legendary 6.0-litre twin-turbocharged W12, created in 2002, has evolved into the latest iteration of W12 engine used across today’s current model range. The unique W-configuration means that the engine is 24 per cent shorter than an equivalent V12, benefitting packaging and maximising usable cabin space.

The latest generation of W12 was launched in the Bentayga in 2016. A thoroughly reworked engine included a crankcase 30 per cent stronger than its predecessor, while the cylinder surfaces were coated to reduce friction and improve corrosion resistance. A low-alloy steel coating is applied to the bores using an Atmospheric Plasma Spray (APS) process.

Improvements were also made to the cooling system, with the engine featuring three separate coolant circuits. The first is designed to bring the cylinder heads up to optimum operating temperature as quickly as possible for best engine performance and low emissions. The second cools the engine block and oil system, while the third handles the thermal load of the turbochargers. Bentley’s Variable Displacement system also shuts down half of its engine under defined conditions.