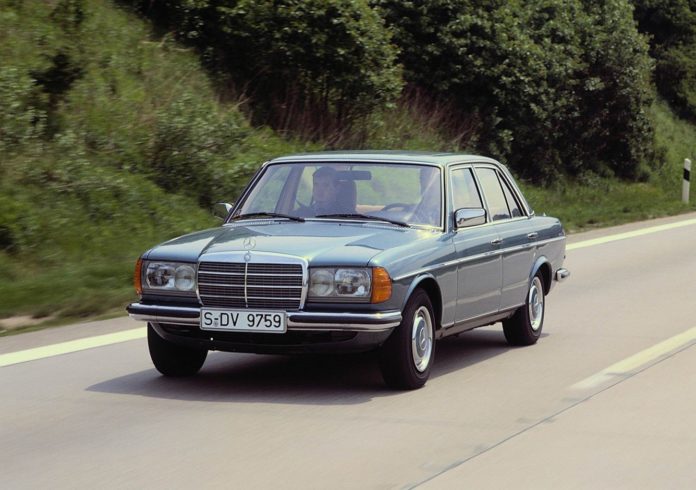 The W123 E-Class-precursor is the banger that refuses to die and is likely to be around for a long time still, for its secret was solid engineering integrity in terms of quality and longevity in addition to a most basic and rugged simplicity, for anyone with a passing mechanical knowledge is unlikely to get lost in the workings of a W123 if and when it should go wrong. 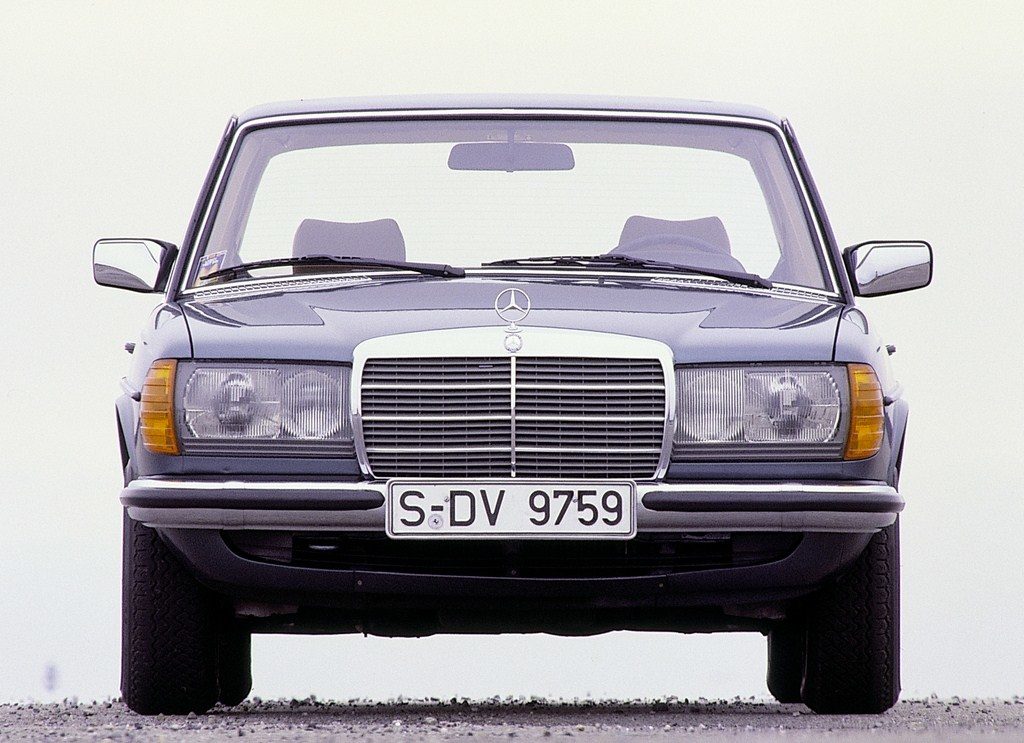 Even in its 1970s and 1980s prime, the W123 was never the most sophisticated, stylish, luxurious, spacious, quickest, most dynamic or best at any one thing together. In fact, even its famed robust build quality and simplicity is also not exclusive, its Opel Rekord and Peugeot 504 contemporaries are just as durable, but the fact that it had enough of each of the qualities, in addition to simplicity and indestructibility and the all important timeless kudos of the famous tri-star make it perhaps Stuttgart’s most defining model, with a legacy that no modern Mercedes is likely to achieve. 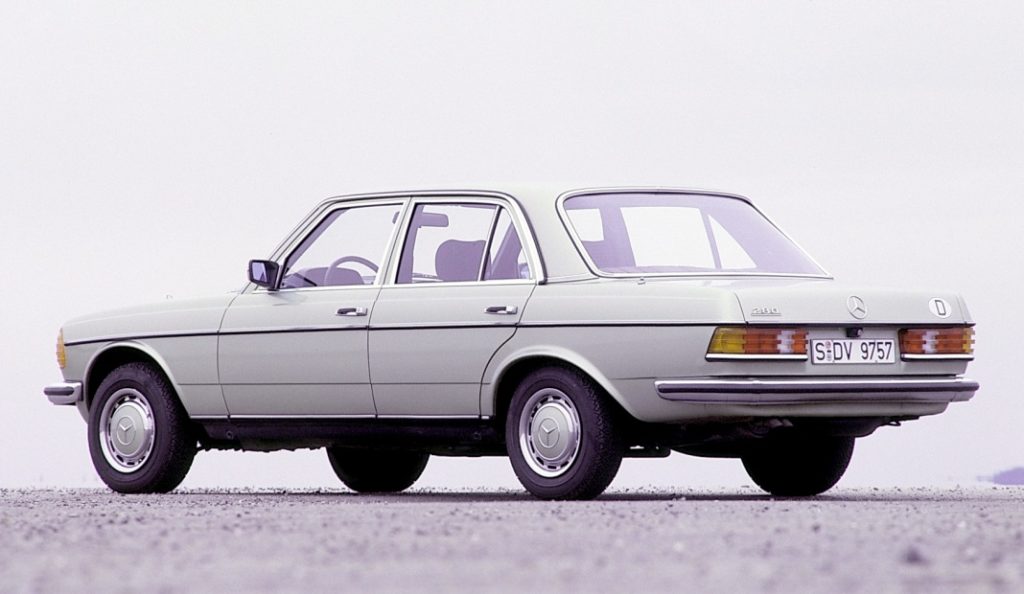 Bereft of a proper homegrown motoring industry, Jordanians have long adopted the base Spartan Mercedes-Benz 200 (W123) as the favorite national car, which to this day and over 21 years since the last one rolled off the assembly line and despite the recent popularity of cheap and small disposable cars, remains a permanent fixture of Jordanian roads. As the Jordanian market is concerned, the W123 is a benchmark to be measured against, for while it started out as an upper middle class motor, it has worked its way through the social classes and has served in every conceivable government post – available to a car, at least. Transcending class, the rugged and comfortable W123 is still a common sight in East Amman, and is no rarity even wealthier West Amman. 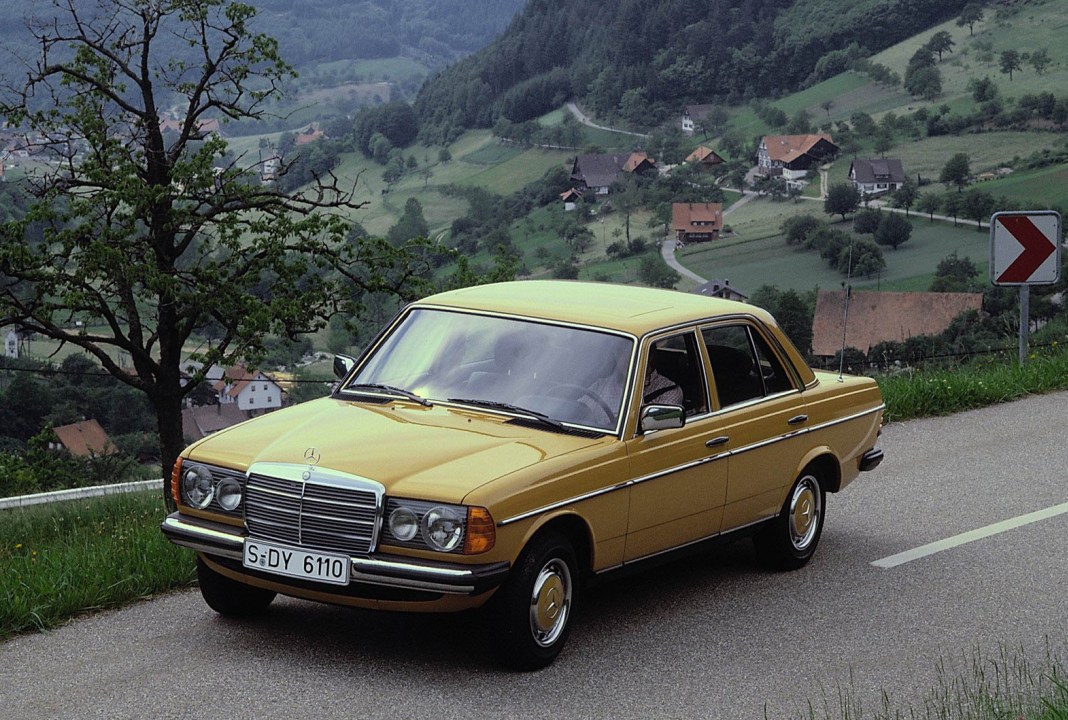 Due to its timelessness and its uncompromising engineering and build quality, the W123 200 has amazingly strong residual value, where it can almost be seen as an automotive investment, as selling one on is easy and incurs little loss, and if clever, one could even make a small profit. In fact, and owing to their astonishing longevity, W123s are probably among the most eco-friendly vehicles manufactured, simply because they last, for the environmental damage caused by the process of scrapping an old car and manufacturing its replacement is far greater than any life-time fuel efficiency savings to be made from a series of successive newer short-life span models. 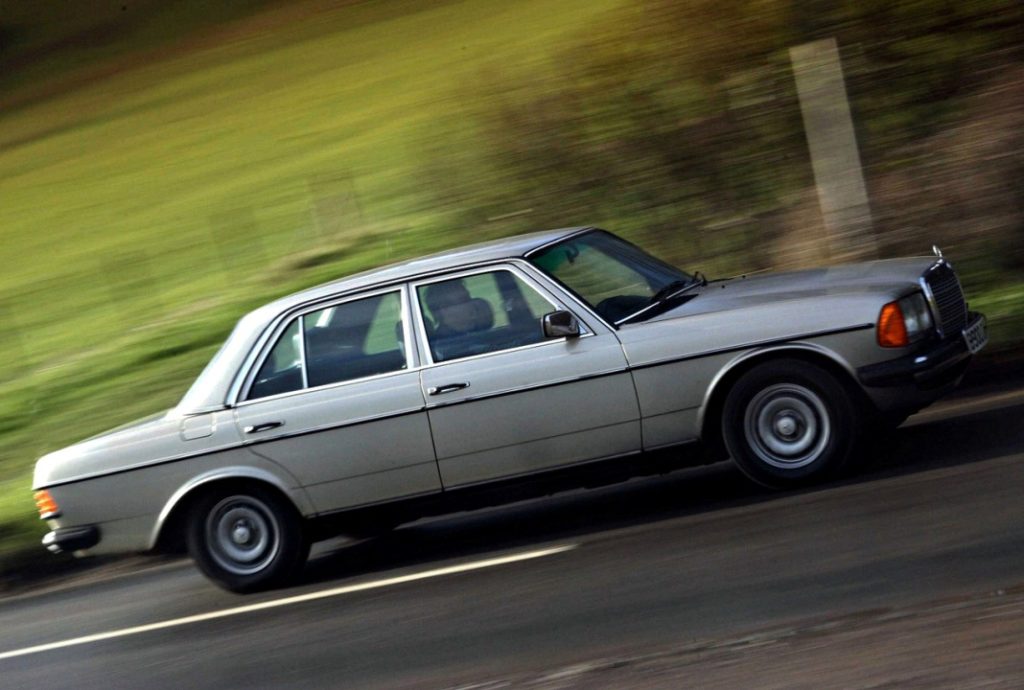 While the W123 200 model was never too exciting a car to drive, that was never the purpose, for when analyzing its specifications, it becomes apparent that this was a car engineered to last, with a low revving 2-liter engine that pumped out a good-for-the-time 94 BHP at 4800 rpm in its first incarnation, which by 1980 was upgraded to 107 BHP at 5200 rpm. Lugging around a 1,300-plus kg mass, it cannot be expected that the 200 was going to be scorcher, but this was made more manageable by the low revving nature of the engine, which meant torque (117, then 125 lb/ft) peaked at a mid-range 3,000 rpm and one didn’t have to habitually thrash the engine and drive-train to get moving, which in turn means better longevity.

The engine’s low compression ration of 9.0 also lends itself to longevity rather than performance, which though somewhat mediocre at 0-100 km/h in 15.2 seconds in 1976 and 14.4 seconds by 1980, should be viewed in context as a very healthy achievement for a carbureted very basic 2-liter engine built for durability and circa the 1970s, and considering the weight of the vehicle. While top speed is rated at a meager 160 km/h and 168 km/h respectively, again one ought to bear in mind the era and the un-aerodynamic body-style – though I have been told, and this is not inconceivable, that 200s in their day would exceed these figures in Autobahn driving conditions. 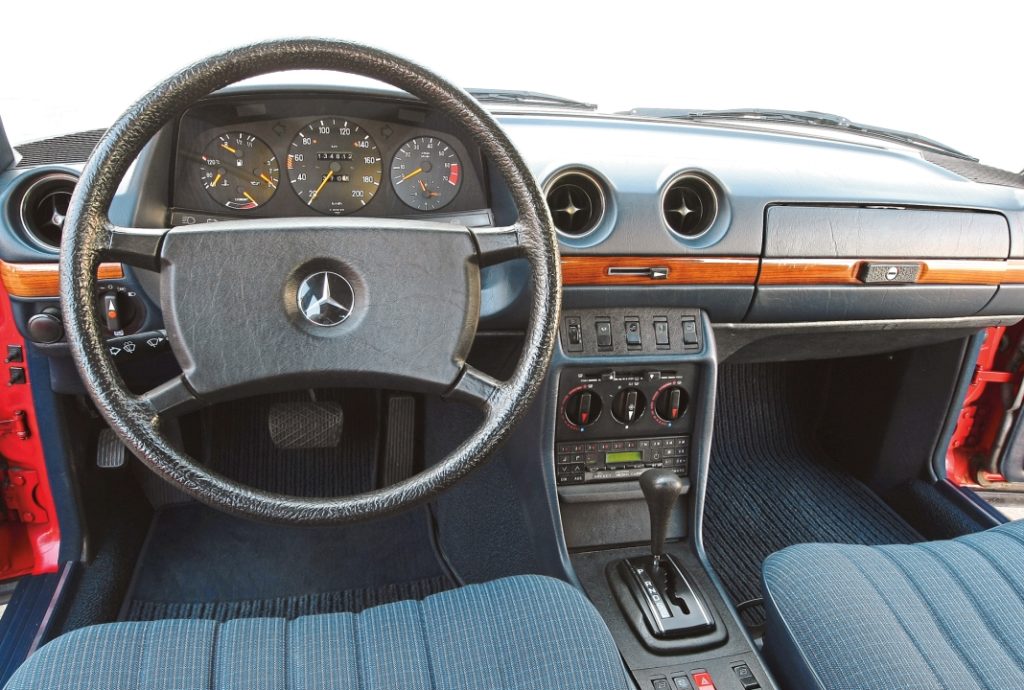 While Mercedes always excelled at making high-end luxury S-Classes, the E-Class and its predecessors have always been the mainstay of the Stuttgart marque’s vehicle range and its vanguard in maintaining its high-quality middle class credentials and reputation for durability and quality. No modern car can expect this sort of over-engineered longevity due to the desire to sell more cars and the simple fact that customers are ever so fickle and expect ever more complexity (more things to go wrong) and newer models. 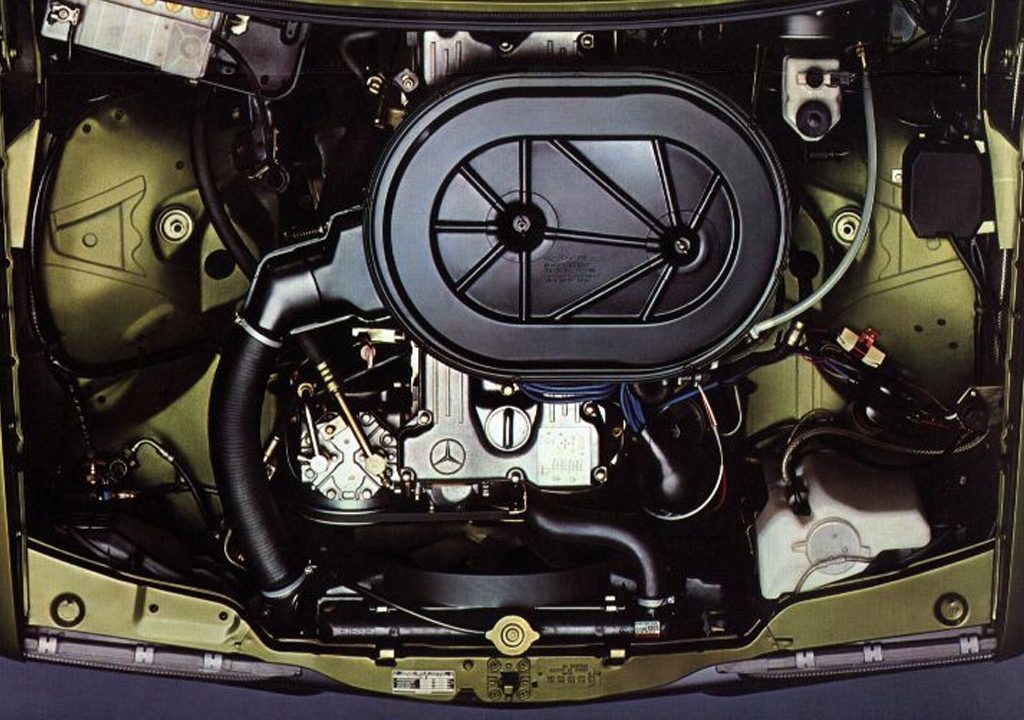 While German cars are still generally known for their reliability, the W123 stands as testament to its era of more humble luxury and when manufacturers took great pride foremost in their product’s ruggedness and customers looked for long-term value rather than necessarily cutting-edge technology, for surely a W123 still in use today has more than been worth the premium one would have had to pay in its day.