Designed as a race car developed for road use under homologation rules, the M1 also contributed its gloriously charismatic 3.5-litre M Division straight-six engine to the BMW M5, which was arguably the world’s first super saloon in 1985. Influenced by the radical gull-wing 1972 BMW Turbo concept, the BMW M1 project was however developed for Group 4 and 5 racing, and was so lighter than more luxurious BMW saloons, and while the M1 development was constantly under threat, it was championed Jochen Neerpasch, then head of BMW Motorsport and saw light of day in 1978. 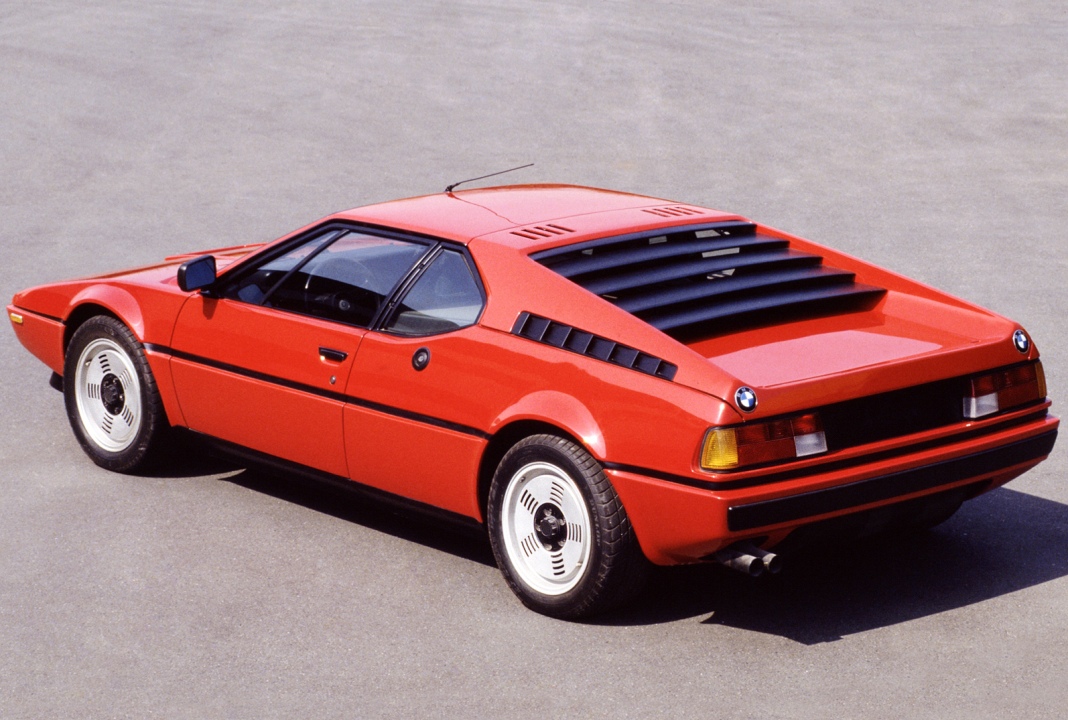 A complete break with traditional front engine and rear drive BMWs the M1 was developed with Lamborghini input in designing its frame and chassis, and who with considerable spare production capacity, were meant to build the M1. However, a Lamborghini financial crisis, led BMW to sensibly withdrew from the arrangement, and instead contracted Italdesign-Giugiaro to design and build the M1’s fiberglass body and Modena-based Marchesi for its’ multi-tubular chassis, which were assembled near Stuttgart by Baur and then sent to BMW Motorsport in Munich for fine-tuning, checking and road testing. The M1’s BMW Motorsport 3.5-litre engine featured six separate throttle bodies for enhanced response and flow, producing 277HP in road version and for racing between 470-490HP naturally-aspirated and 850-900HP with twin turbos. 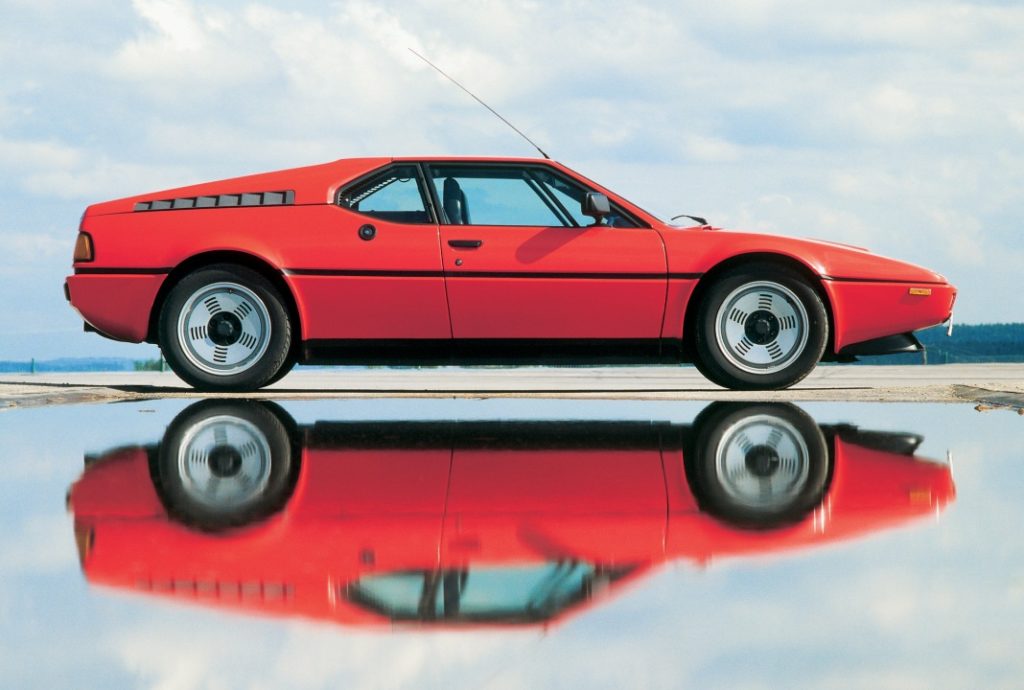 A quintessential Giugiaro design of its era, the BMW M1 was a sleek wedge-shape with little frivolity or over-statement, but rather clean lines and functional design. Low slung and fresh, the M1 integrated a tiny BMW double kidney grille in its bumper, and had pop-up headlights and squared interpretations of BMW’s Hoffmeister kink its small rear windows. From the rear there was a slatted engine bay cover and twin BMW badges. Wide but not bulging, the M1 was elegant and classy. Unique and futuristic alloy wheels riding on 205/55VR16 front and 225/50VR16 rear rubber, restrained by today’s standard, however provided the M1 with the right amount of grip, tautness and comfort to make it as a useable and brilliantly handling super car. The M1’s interior was sober, smart, sporty and function, but not ostentatious.

With its engine mid-mounted longitudinally the BMW M1 enjoyed a slightly rear-biased 44%/56% weight distribution that offered balanced handling and high grip levels on writhing country and mountain roads. A carefully balanced chassis with terrific body control, precision and just enough suppleness, the M1 also benefitted from a stiff tubular frame and sophisticated all-round double wishbone suspension. A predictable and confident handling car with no nasty surprises on dry roads, the BMW M1’s un-assisted rack and pinion steering’s feedback  painted an accurate picture and was precise through corners, while extra castor helped lightened its resistance. Set-up to slightly under-steer on hard abrupt corners, the M1 inspired confidence, and on exiting a corner was effective in putting its power to tarmac. 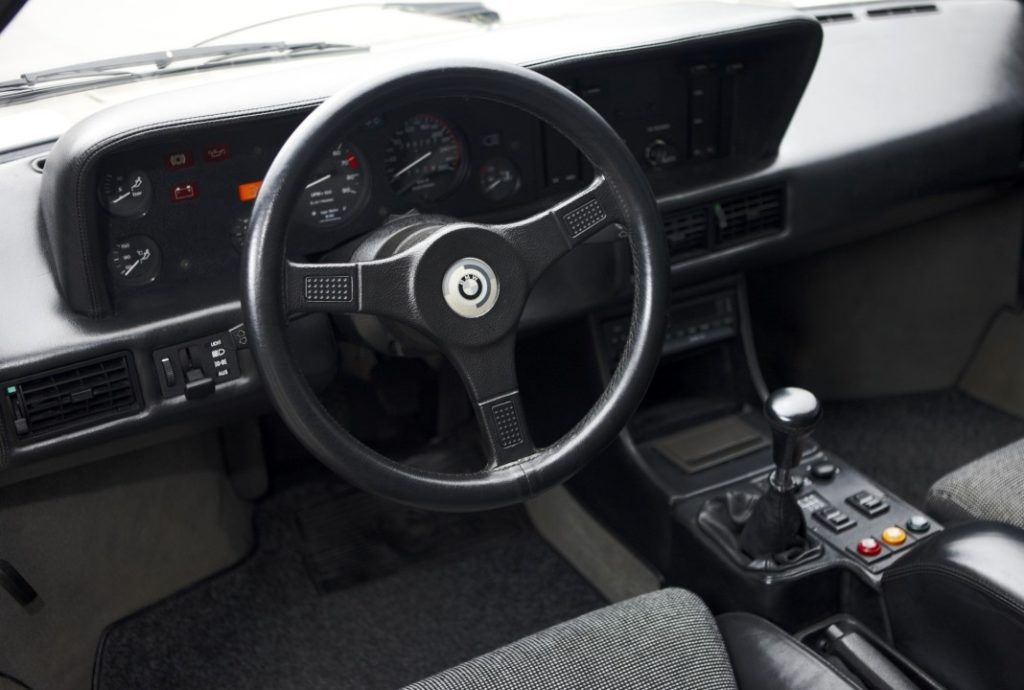 Powered by a robustly-built cast-iron block and alloy head engine capable of 900HP in heavily modified turbo applications, the road-going M1 was however tuned for 277HP at 6500rpm and a maximum 243lb/ft torque at 5000rpm. At 3.5-liters displacement with a boxy design the M1’s punchy and eager engine spins through the revs easily and builds power progressively and urgently. With six throttle bodies, mechanical fuel injection and a 24-valve DOHC head, the M1’s engine is designed to breathe well and rev hard, but being a straight-six design, is also silky smooth and naturally balanced. With power delivered through a 5-speed manual gearbox, the 1300kg M1 bolts to 100km/h in 5.9-seconds, 160km/h in 13.1-seconds and tops out at 262km/h. 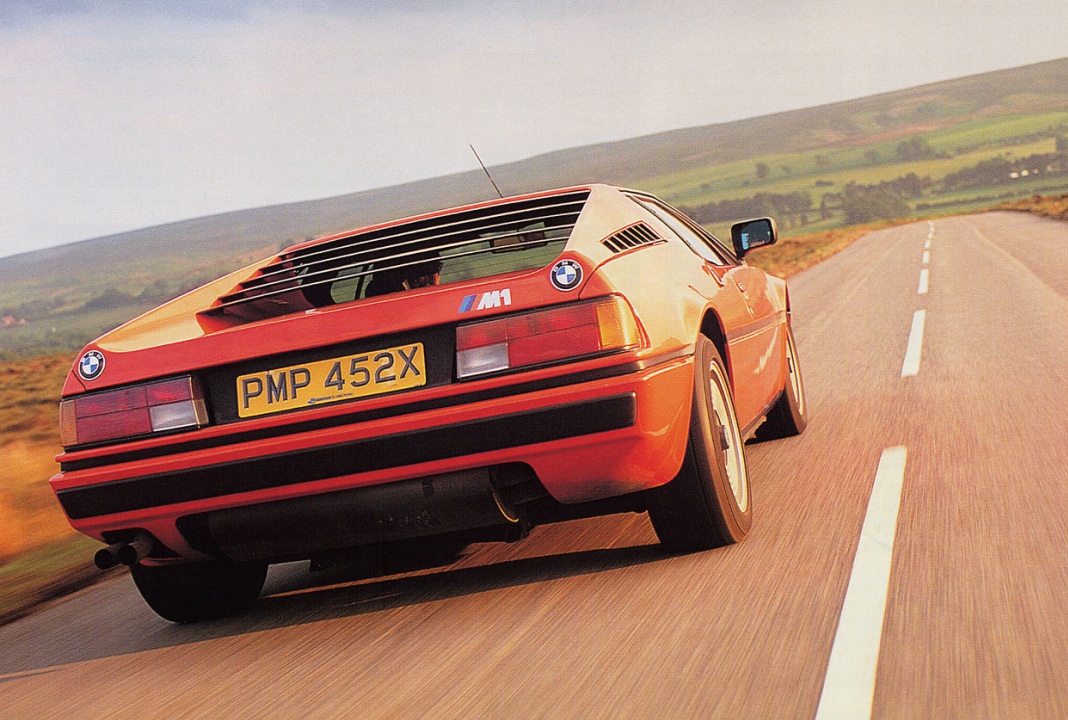 Of 457 examples, 400 M1s were road cars, while Group 5 racing ambitions were not realized until 1981 owing to FIA homologation rule changes, but after the 1982 season, Groups 4 and 5 were replaced by Group B. BMW however established its own Procar M1 championship with Group 4 spec cars for 1979-1980 and was able to persuade top Formula 1 drivers’ participation. Retired by 1981, the M1 was one of BMW’s greatest cars and a missed long-term opportunity, as had BMW persevered, the M1 brand could have become one of the world’s greatest super-cars and an enviable halo model. 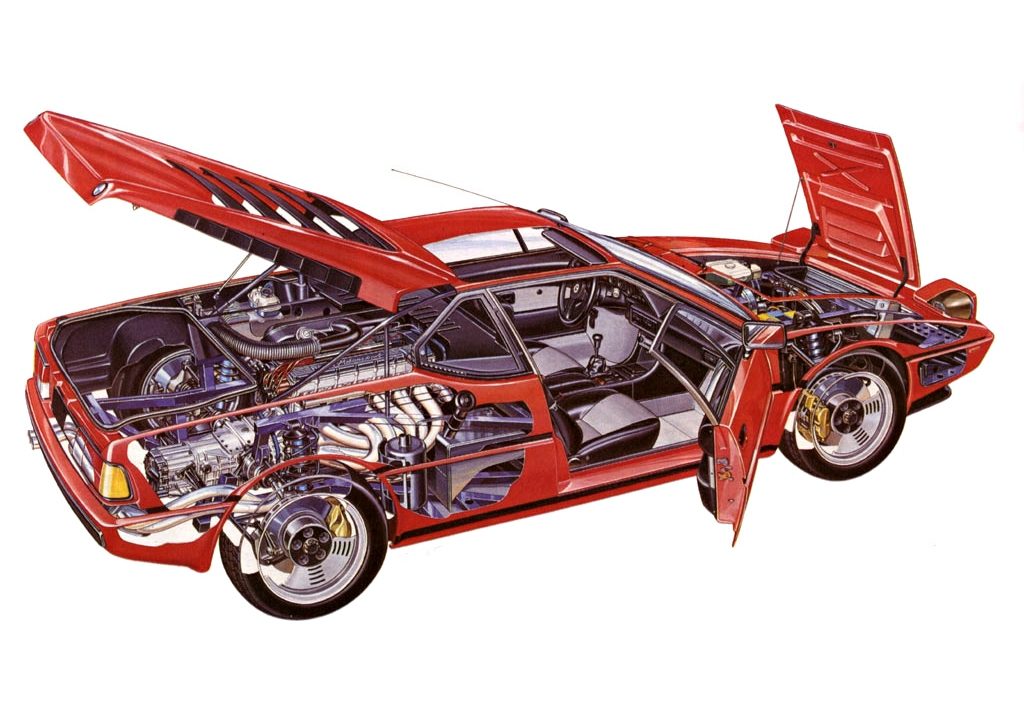