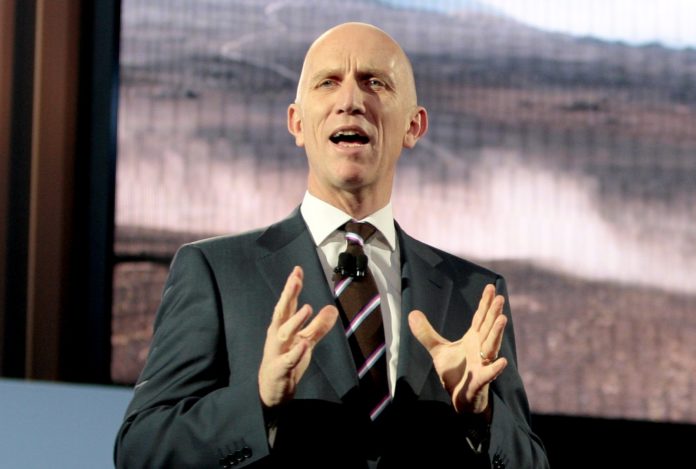 Bringing the brands’ high performance on-road and off-road projects under the same umbrella as all aspects of their bespoke, heritage and merchandising businesses, Special Operations has so far announced three cars, including the high performance Range Rover Sport SVR, custom Jaguar Project 7 and the recreated classic Jaguar Lightweight E-Type. On the sideline of the 2014 Paris motor show, we sat down with Special Operations Managing Director, John Edwards, to talk about the division and what special Jaguars and Land Rovers we might see in future. 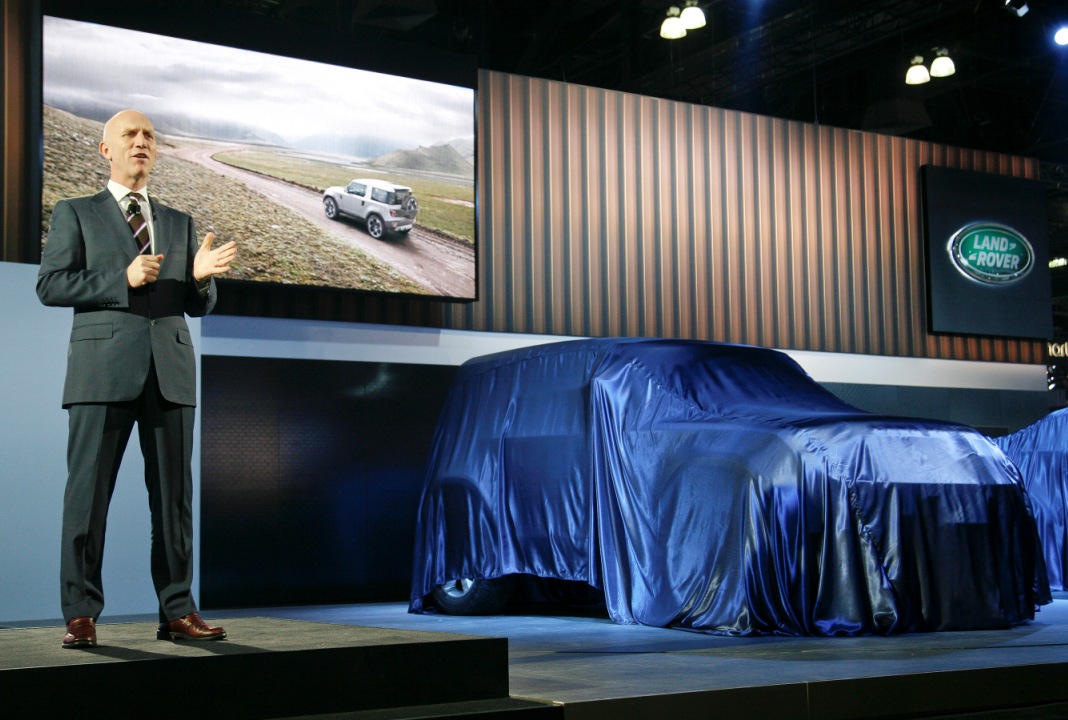 GM: Special Operations’ remit seems to be broader than just as a high performance wing. What are the various divisions specializing in?

JE: There are four businesses within Special Operations: Special Vehicles, vehicle personalization, heritage business and licensing and merchandise. In terms of vehicles specifically, Special Vehicles will focus on on-road performance, all-terrain performance and luxury. So, the Range Rover Sport SVR is for on-road performance, but in future we might have… if you think about a cross between a Camel Trophy and a Dakar rally car for example, then that would be an example of all-terrain performance.

GM: So, might we see extreme off-road vehicle, perhaps something like a Bowler EXR or QT Wildcat?

JE: There’s nothing firm in the plans, but we’ve a whole host of ideas that we’re looking at, at the moment, and one of those is what I would call extreme all-terrain performance, and it could be anything… from one bookend –  Camel Trophy – to the otherbooke3nd – a Dakar rally car, and everything in between. Nothing planned yet, but lots of opportunities. The great thing when you give that brief to a designer or engineer, and effectively say: what would an extreme all-terrain performance car look like? They come up with all sorts of ideas. Many of them involve the desert, but not all of them. Some of them involve mud, boulders… 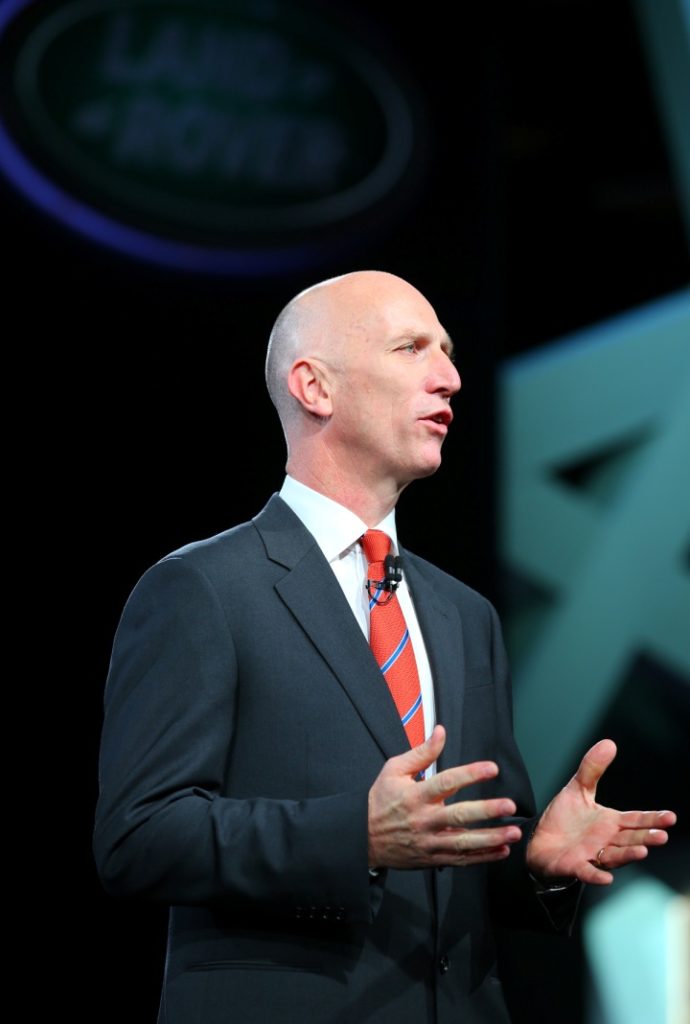 GM: will all Jaguar Land Rover high performance cars be labeled SVR from now on? And were the XFR-S and XJR launched today, would they be SVR?

JE: Our top performance products will be SVRs. We won’t have an SVR for every product line. Jaguar will always have R at the heart of their range. We may do an SVR on top of the R. So in effect, if you look at the nomenclature today, where we have an XFR-S, in future that would be an XF SVR.

GM: Is there an SVR version in the pipeline for the new Jaguar XE?

GM: With a new manual gearbox planned for the XE, and the lightweight F-Type-based Project 7, might we see a marriage of the two? Perhaps a lightweight manual version of the 380HP F-Type V6, and has a manual gearbox in fact been testing on the F-Type as some have recently speculated?

JE: We have a very strong product plan, so I think we’ll talk again soon. For my business, there’s no shortage of ideas about the next special projects… and I suspect most of them are on our list of good ideas. What we have to do is which ones to put into production. In the last six months we’ve formally announced two projects: the Range Rover Sport SVR and Project 7. Both of those cars go into production first quarter 2015. Once we get those in production, that’s when we may be ready to talk about what comes next. We’re also moving in to a new facility, so we’re very busy setting up the business.

GM: You previously mentioned that Special Operations has acquired a number of older Jaguars. Will this indicate that we’ll see more refurbished or recreated Jaguars, like the recent E-Type Lightweight?

JE: Maybe along the way. The Lightweight E-Type project has been really successful. We’ve sold all six cars. We’re only building six because there were six unused VIN numbers. It’s been received very well by Jaguar enthusiasts, potential customers, journalists and very importantly by employees… young and old employees desperate to work on that program. 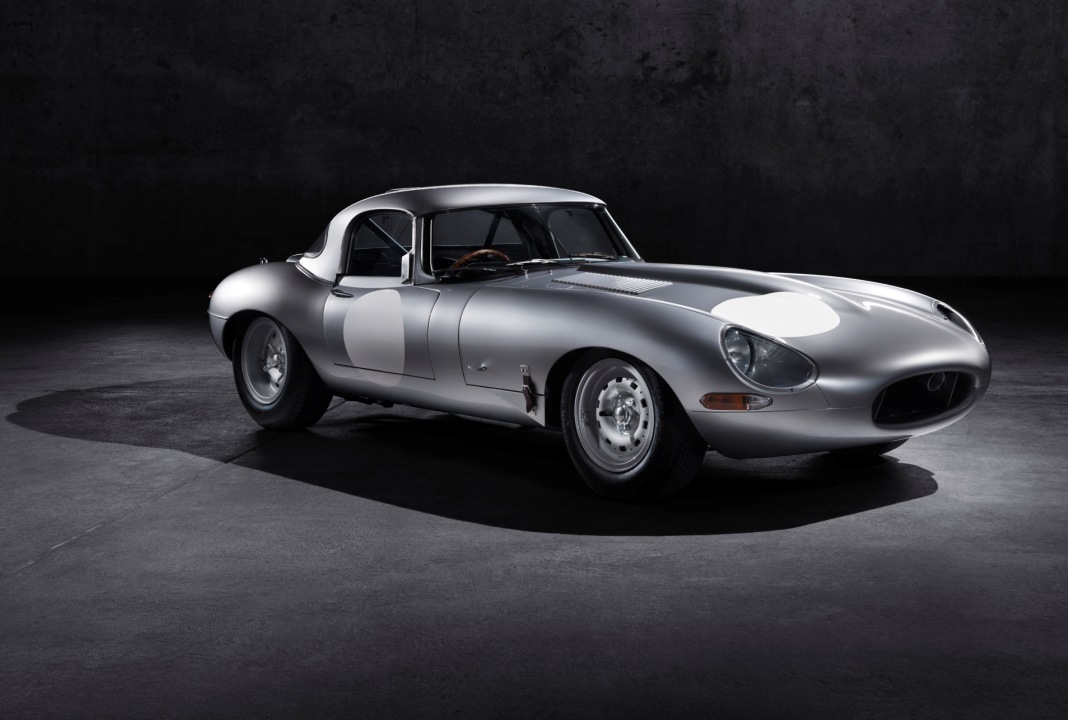 JE: I’ll answer that question in a roundabout way. We see the classic car market as an area of untapped potential, especially Jaguar, but Jaguar and Land Rover. We’re blessed with two brands, which have got fantastic global heritage, and there’s a real romance about those two brands. I think it’s a history we haven’t really nurtured properly and there’s a great opportunity. We’re looking at recreations, restorations, basic servicing and maintenance, storage and the parts business. The whole area of heritage business is something we’re evaluating at the moment. Again, I’m afraid I’m not ready to give you the specifics, other than to say you can expect to see a lot more activity over the next year to three years.

GM: Did Jaguar or Special Operations have any behind the scenes input on the Ian Callum CMC Jaguar Mark 2, as the timelines seem quite coincidental?

JE: No we didn’t. Ian Callum is a great supporter of the Jaguar brand and what we’re doing in heritage, but that project… I don’t know when Ian initiated that. But again, I think that the coverage that got, it just helps to demonstrate the huge interest there is.

GM: Are there plans for or has the idea of a Jaguar supercar been broached again since the C-X75 project was dropped, perhaps a modern day Jaguar XJ220 or XJR-15?

JE: I won’t tell you we haven’t thought about it, but that’s absolutely not on the agenda. But looking back to our heritage and thinking about the XJ220 for example, and how we interact with XJ220 customers, that is something we talk about quite a lot. The C-X75 started off as a technology test bed for electrification and what we could do with smaller capacity power-trains. It was a great test bed for that and a lot of the learning we gained from doing that project and working with Williams and their expertise, whether of aerodynamics or power-train. The technology of the block of the Ingenium engine, the learning came from the block that we had in the C-X75, which was the 600HP, 1500cc high pressure turbo.