Home Reviews Jaguar XF 3.0: The Cat’s Out of the Bag 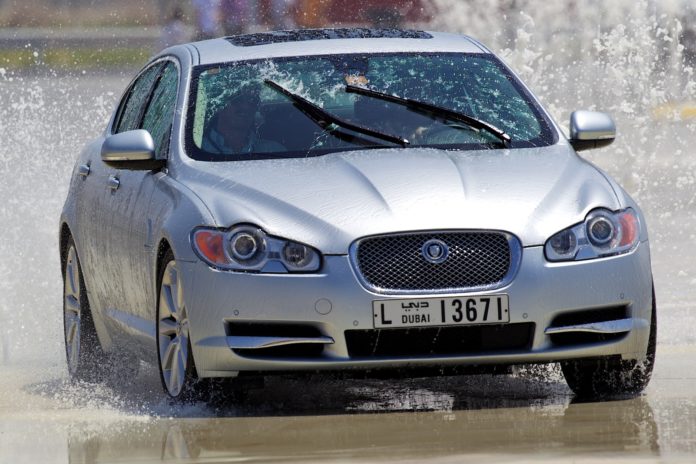 Traditionally a company that emphasized sportiness and a more traditional style of luxury, Jaguar was at a crossroads in the late 1990s and early 2000s. By that point its wonderful yet quirky XJ was on the fence, lacking the size and space of fully-fledged luxury car, yet being classier, larger and more luxurious than an executive saloon.

At the same time, Jaguar’s then Ford owners were looking to expand Jaguar’s production volume to compete with the German prestige car makers, and thus the XJ was enlarged into a full-scale luxury car, which while utilizing cutting edge and ultra-light aluminum, rivet and adhesive frame construction, still retained a traditional retro look that very closely mimicked earlier XJs. However, before the XJ was up-sized and modernized as a world-class luxury saloon, Jaguar introduced the S-Type range to formally fill the role of executive saloon.

While initially well-received and being objectively a good executive car that the comfortably competed with the likes of BMW’s 5-Series and Mercedes’ E-Class, the S-Type was to spend its last days being criticized for being too retro and overly influenced by the 1960s MK2 Jaguar. With expansion plans not quite reaching into the high volume stakes and with both the S-Type and the XJ being highly retro in style, Jaguar was again at a crossroads, and has now revised its market position to a more modest volume prestige marquee, while its new owners are Tata Motors.

In terms of styling, Jaguar is also in to process of making a break with the past, with the 2007 C-FX concept pointing the way forward for a new futuristic, stylish and sleek Jaguar design language that has been translated into the S-Type’s XF replacement executive saloon, and will be reflected in the new generation XJ luxury saloon. Gone is the old England S-Type style, and while the XF is actually built around an upgraded version of the same platform, it features a totally new style characterized by a low and sleek coupe-like roofline and high waistline tapering off with a high and wide boot, and boasts the best ever Jaguar road car aerodynamics of just Cd 0.29. 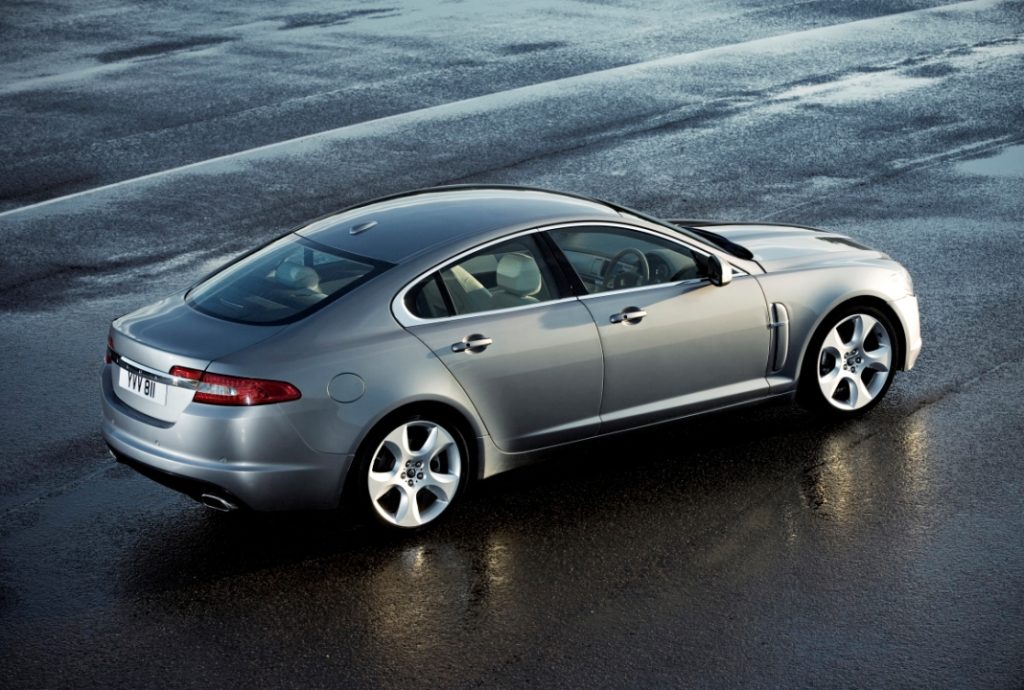 With light clusters that expand upwards on the outside and feature a semi-circular kink, there’s no denying that the XF harks a whole new look, but it’s one that’ll need some getting used to for some Jaguar aficionados. Inside is however where one is really enthralled by the XF, for instead of a traditional gentlemen’s club interior, is what looks like some sort of upscale vodka bar, with rich high quality strips of wood blend harmoniously with sumptuous leather and futuristic aluminum, all laid out with a symmetrical style. Upon ignition, the A/C vents flip around, the dashboard lights up in pale blue and the gear selector dial rises from the centre console.

A stunning and comfortable environment, the XF feels very modern and while some rear headspace is compromised owing to the low roofline, one particular feature that impressed was the valet mode, selected from the multi-menu screen, which when engaged mean the car’s seat, A/C and stereo settings can’t be tampered with, while speed and access to the boot and glovebox are restricted. 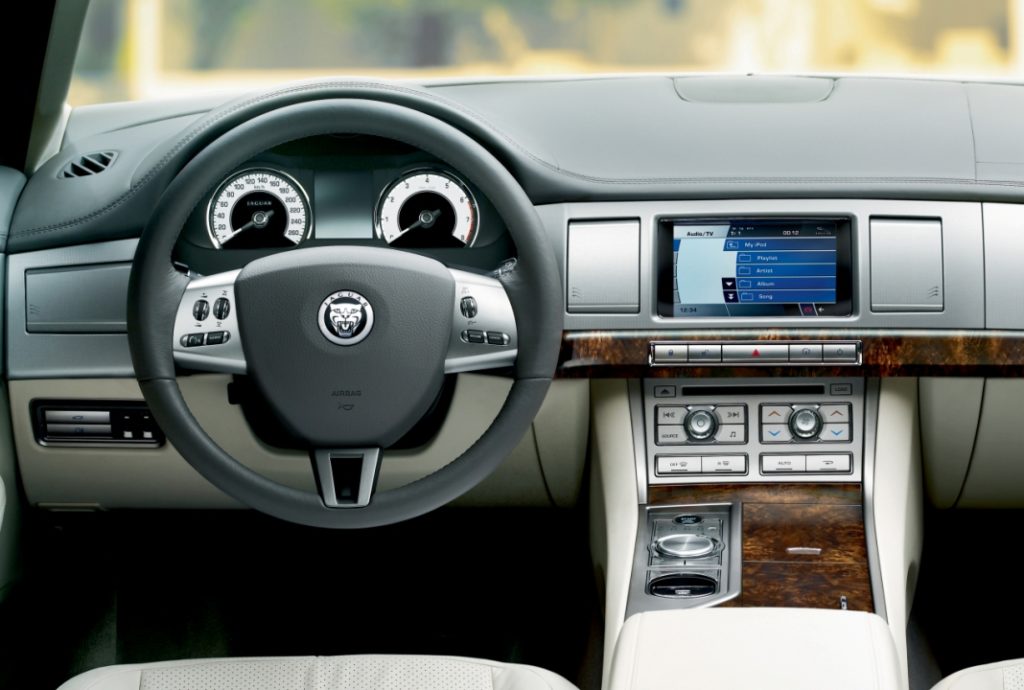 Electronically shift-by-wire controlled with no mechanical linkages from the unique pop-up selector dial or steering mounted paddle shifts for manual selections, the XF’s ZF-built six-speed automatic gearbox features very prompt and smooth gear changes, of as low as 600 milliseconds. The gearbox works intuitively in that if one accelerates hard in a lower gear and suddenly releases the throttle, it will hold the gear assuming an overtaking maneuver has been temporarily aborted.

Featuring a low ratio first gear for improving standstill acceleration times, the XF also features two overdrive gears, which in combination with having 80% of its total 221lb/ft torque available from below 1500rpm all the way to the maximum 6800rpm engine speed, mean the XK is able to cruise comfortably and economically at low revs. While the 3-liter V6 XF’s torque band is wide and rich, there seems to be a spike in torque as one approaches the 4100rpm peak torque point, which coincides with power accumulation, making the 3.0 XF more lively in high revs, with maximum 240BHP achieved at 6800rpm. 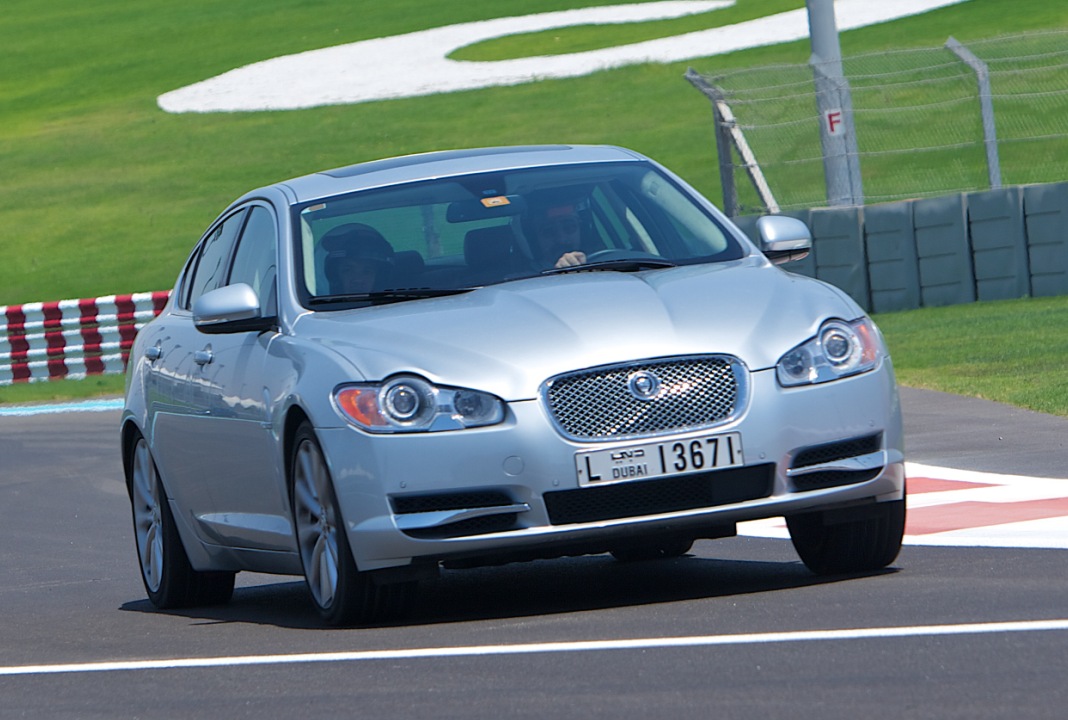 While featuring a firmer ride than is usual with Jaguar, the XF’s personality and XK derived suspension make it a distinctly sporty saloon, happy to accommodate high speeds, town driving and winding roads. Stable at speed, the XF however features a somewhat less heavy and more alert feel that rival German executives, while ride is still comfortable, pliant and fluid in recovering from uneven surfaces.

On tight and winding country lanes with slightly rough surfacing, the XF drives more gacesfully and fluidly than one would expect on its size, long wheelbase and weight, yet is not going to outshine any hot hatchback or junior executive in such circumstances. Instead, it is on fast sweeping corners where the XF’s talents best shine. With a terrific weight distribution and balance afforded by its rear-wheel-drive architecture, as wellas its suspension’s fluidity and combination of pliant ride and taut handling, the XF took the fast hill climb in its stride.

With its firmer than traditional suspension, the XF seems to be set-up for little understeer and a sharper turn-in on fast corners, but the natural consequence is a greater proclivity to power-slide or oversteer slightly more in corners. While such oversteer in fast tight corners feels natural, fluid, sporty and easily exploited and controlled, the XF’s electronic stability seem to be very careful in intervening in their normal setting, while sport setting loosens them slightly. 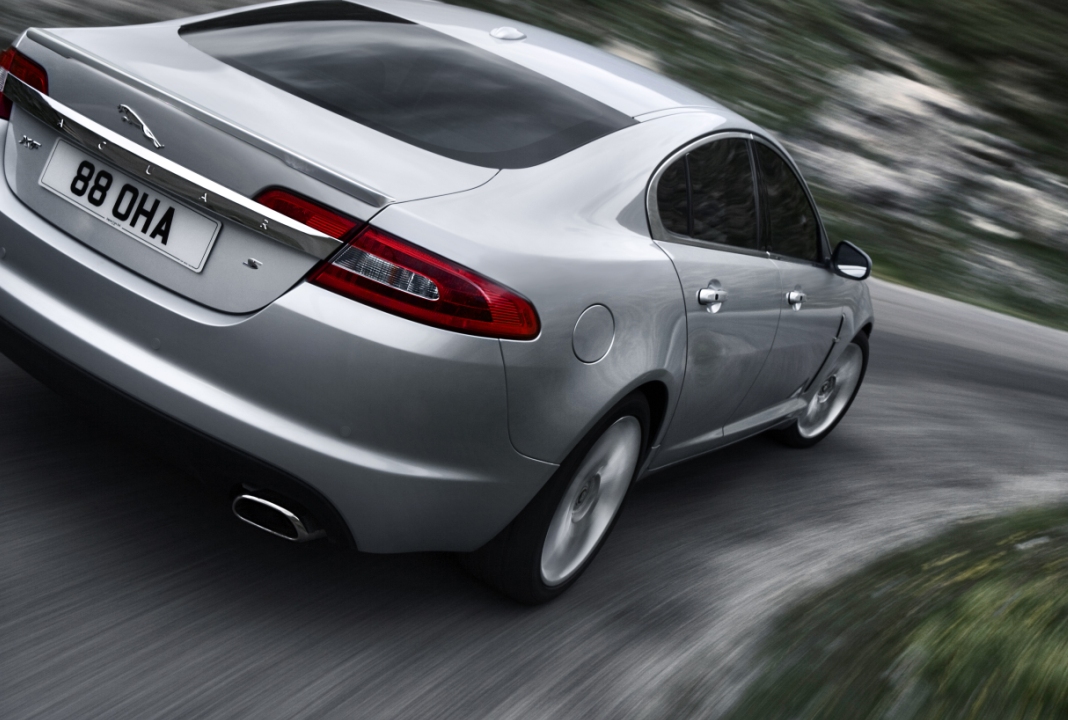 Very effective in maintaining the XF’s stability through harsh cornering, I did however feel that the sport setting needs to be a little looser still with oversteer, so that one is better able exploit and have fun with the XF’s terrific feel, balance and handling at its grip limit – in any case, one can switch off the stability controls to fully enjoy the XF. As for braking, the XF features large ventilatied disc brakes all round, in addition to electronic brake-force distribution and emergency brake assist functions to make stopping quick, poised and un-dramatic.

With its stylish and sleek looks, its wonderfully chic interior and its appealing driving dynamics, the XF is the first of Jaguar’s new direction for the 21st century, and offers a prestigious and attractive executive saloon that bridges the fine line between a traditional executive like a BMW 5-Series or Mercedes E-Class and fashionable four-door-coupes such as Porsche’s Panamera Mercedes CLS-Class. 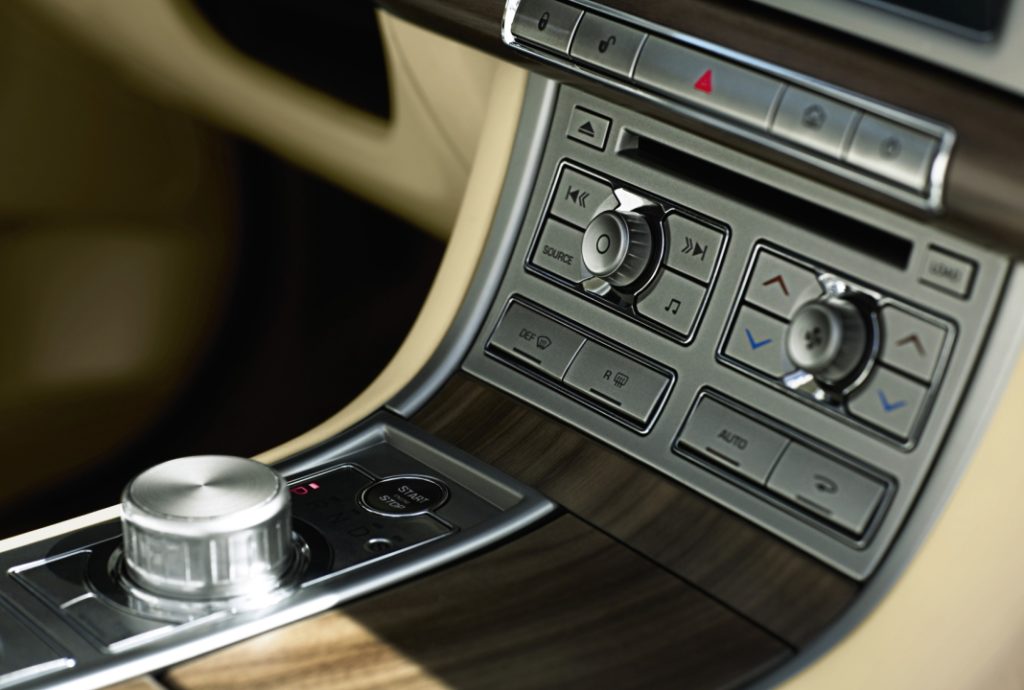