Touting a more up-market move with its recent designs, interiors, technology and equipment, it would seem the Mazda is about to get very serious about joining the premium segment ranks and is said to be developing an in-line six-cylinder next generation Mazda 6 saloon riding on a new rear-wheel-drive platform, according to Car and Driver’s reporting, partially based on “leaked product-development plans, spy photos, and loose-lipped insiders” if not direct press release or cited Mazda sources.

If accurate, the next generation Mazda 6 will likely look to the pictured 2017 Mazda Coupe Vision concept familiar sight to motor show watchers, as a design basis. It will likely carry similarly sleek lines and lusty curves, albeit probably with a slightly bigger and more practical glasshouse than the concept’s four-door coupe proportions. To better conform with prevailing Mazda design directions, the Mazda 6 will likely feature similarly jutting and sharp details, sheet metal and fascia, and one hopes will retain the MX-5-like round tail lights. 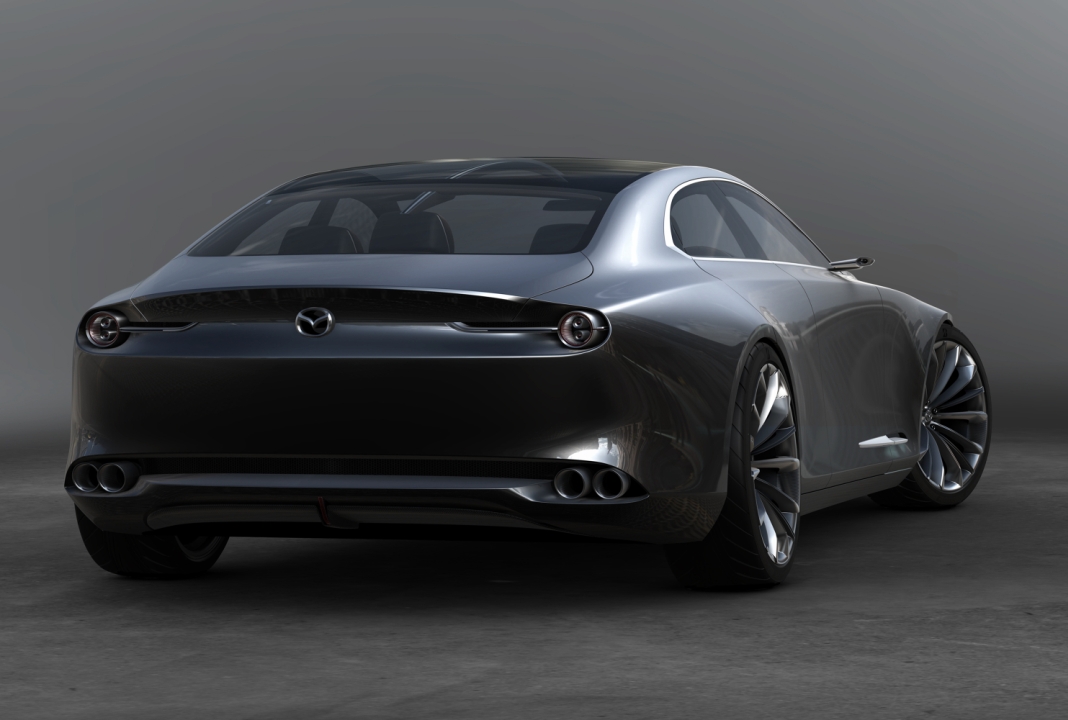 Said to be followed-up with a similar two door coupe, one hopes the upcoming premium segment Mazda 6’s in-line six-cylinder engine will be naturally-aspirated Skyactiv unit similar to current engines in theory, if not cylinder count, while power output has been speculated at around 350BHP. It is also anticipated that the new Mazda 6 will adopt a 48-volt mild hybrid system similar to that employed by Audi and other manufacturers, which would be concerned with running ancillary systems and improving efficiency, with little direct involvement in the drive-train.

A tall order for the talented engineers at a more independent manufacturer like Mazda, it has however been speculated that Mazda’s increased ties with Toyota and its big budgets might lead to investment, joint development, platform sharing or that Toyota might adopt Mazda’s Skyactiv engines for its own Lexus premium brand and the IS and RC models, according to Car and Driver.