GCC sales of 185,135 units claimed the lion’s share of the Middle East total of 219,129. Meanwhile the Jordanian market may have accounted for 2,202 vehicle sales, but represents yet stronger growth. The fifth best-selling car in Jordan, Nissan’s 33% year-on-year-year 2014 sales growth translates into a 1.7% market share expansion to 10%, as revealed by Nissan Middle East Managing Director Samir Cherfan.

In a wide-ranging interview, Cherfan discusses Nissan’s global Power 88 expansion strategy, its pillars and the Japanese brand’s plans for further growth in coming years.  Revealing Nissan’s best-selling vehicles in the region, Cherfan points to the the importance of the hybrid segment in Jordan.

GM: It has been four years since Nissan’s Power 88 expansion strategy has been launched. Are its’ aims, including and 8% global market share by 2016 on track?

SC: With a rich heritage in the Middle East, we are deeply committed to growing our operations as our global HQ regards the region as a key growth market. Our strategy for success is still based on the ‘Power 88’ global growth strategy, which our CEO Carlos Ghosn announced we would achieve by 2016. This region is a strong player and contributor to achieve our global targets.

Under the Power 88 Mid-term plan, Nissan Middle East is focusing on brand power with the constant renewal of our line-up and engagement with our audiences in particular the youth. In addition to focus on sales power with quality and quantity of the network, and a strong focus on customer experience excellence.

GM: Given the regional instabilities and unrest, not to mention a significant and persistent drop in oil prices, to what do you attribute Nissan’s strong performance and growth in the Middle East in 2014?

SC: Our strategy for success and growth is still based on the global ‘Power 88’ approach. The strategy pillars for growth are to leverage on our extensive line-up renewal, continuously strengthen our brand power, and a strong and professional dealer network, on which we are focusing on dealership coverage (quantity) and customer service (quality).

Nissan is expanding its presence all over the world and Middle East is treated as our strategic growth driver. Our ambitious mid-term plan is to increase regional sales by 100K units in the upcoming 3 years, and increase our market share to 15% by end of 2016.

GM: What was Nissan’s market share, growth and sales in Jordan for 2014?

SC: During the financial year 2014, Nissan sold 2,202 units in Jordan with a remarkable 33 per cent sales growth vs. FY13. With regard to the market share, we achieved a strong 1.7 per cent increase versus last year, achieving 10 percent market share in Jordan. 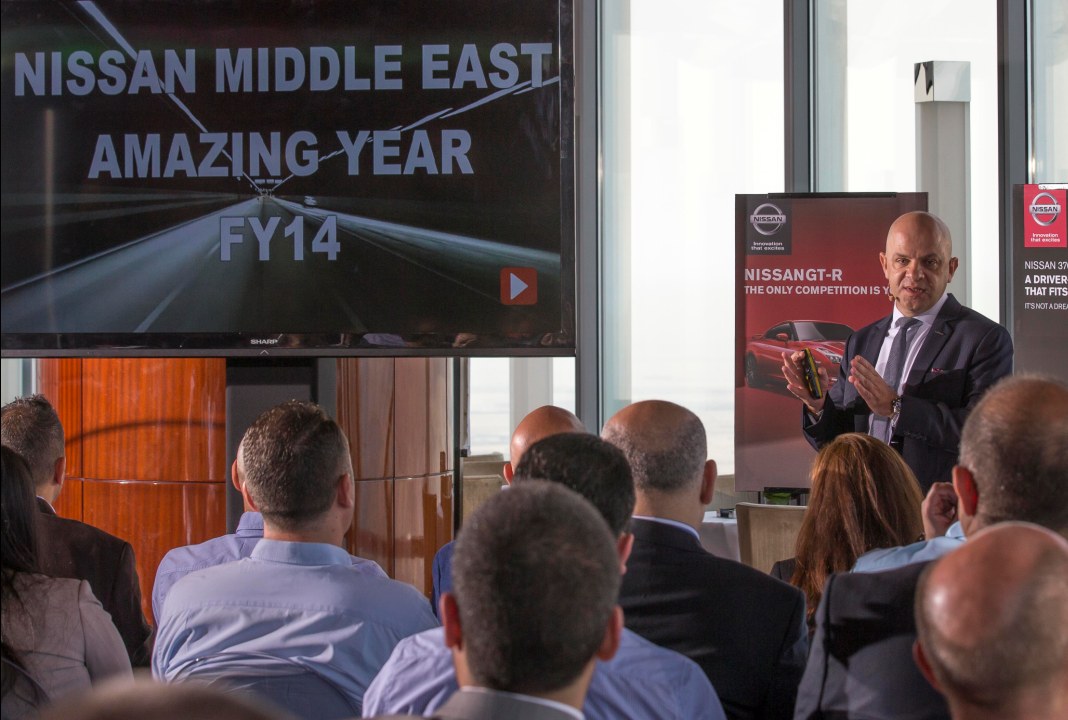 GM: What were Nissan’s best-selling models in the region and in Jordan in particular, during 2014?

SC: During our financial year of 2014, the Nissan line-up has performed extremely well across the region including Jordan, but sales of the famed Patrol, the face-lifted Juke, the Sunny, Pathfinder, X-Trail and Pathfinder Hybrid have all been exceptional.

The Patrol notched record numbers over the period with 34,015 units leaving the region’s showroom floors, a 35% hike on financial year 2013.

The Sunny also attributed to the record breaking results across the region, by achieving 29,688 units in 2014 with 30% sales growth from last year.

GM: In the UAE, Nissan holds an enviable position as the second best-selling car brand. However, what position does it hold in Jordan?

SC: At the moment, we are in 5th position in Jordan in terms of best-selling car brand, but we are growing fast with a 33 per cent growth on last year. It is difficult to compare with the results achieved in the UAE since the factors affecting the market are different. In Jordan, there is a big support from the government on sustainable transportation so the hybrid vehicles segment receives great interest and holds 19% of the total TIV, while this is almost non-existent in the UAE.

We are big believers in supporting sustainable driving technology and offering greater fuel efficiency across all our models. With this in mind, we recently launched a Nissan Pathfinder Hybrid, providing Middle East customers with an eco-friendly SUV… without compromising its 7-passenger, 3-row roominess, ample cargo space or responsive performance compared to Pathfinder V6-equipped models. The Pathfinder Hybrid is 24% more fuel efficient than the conventional mid-Sized SUV with considerable reduction in Co2 emissions (207g/km).

GM: With a favorable import tax regime for hybrids, the Nissan Pathfinder Hybrid has been doing very well in Jordan recently. Do you see scope for expanding on this with other hybrid models?

SC: At the moment, we don’t have any plans on introducing other Nissan hybrid models to the region. We see a lot of opportunity for the Pathfinder Hybrid in the Middle East market, especially as countries start to make more of an effort to drive sustainability initiatives.

Moreover, as Middle East consumers become more eco-aware and environmentally conscious, we foresee that hybrids will start to increase in popularity the same way they have in Western markets.

SC: At this stage we cannot comment on any details but we can confirm you that we are closely cooperating with the Jordan Government in EV matters.

GM: How has Nissan performed in the region and Jordan against its’ Japanese and Korean competitors?

SC: The Middle East has a thriving automotive market with many brands operating well in the region. Competition drives Nissan to be better, more innovative and deliver not only the best models possible but also the best possible quality of service to our customers. Nissan benefits of a long term presence in the region and is strongly embedded in the region automotive DNA.

GM: Do you think that a weakening Japanese Yen and comparatively stronger Korean Won will be to Nissan’s benefit in terms of price competitiveness?

SC: According to our analysis of the market, we forecast that the Japanese Yen vs USD exchange rate will settle around 120. Under these market conditions we foresee that the TIV in the region will grow by 4%. In the Middle East, Nissan can bring top-quality vehicles at a favorable price due to our diversity of plants.

GM: How effective has Nissan’s after-sales and customer service strategy been in promoting brand loyalty and repeat custom?

SC: With a clear strategy to establish ourselves as a leader in customer service, we announced we will continue to position our regular maintenance costs below competition and will expand our line–up with genuine products such as engine oil, batteries and affordable parts for vehicles more than three years old.) 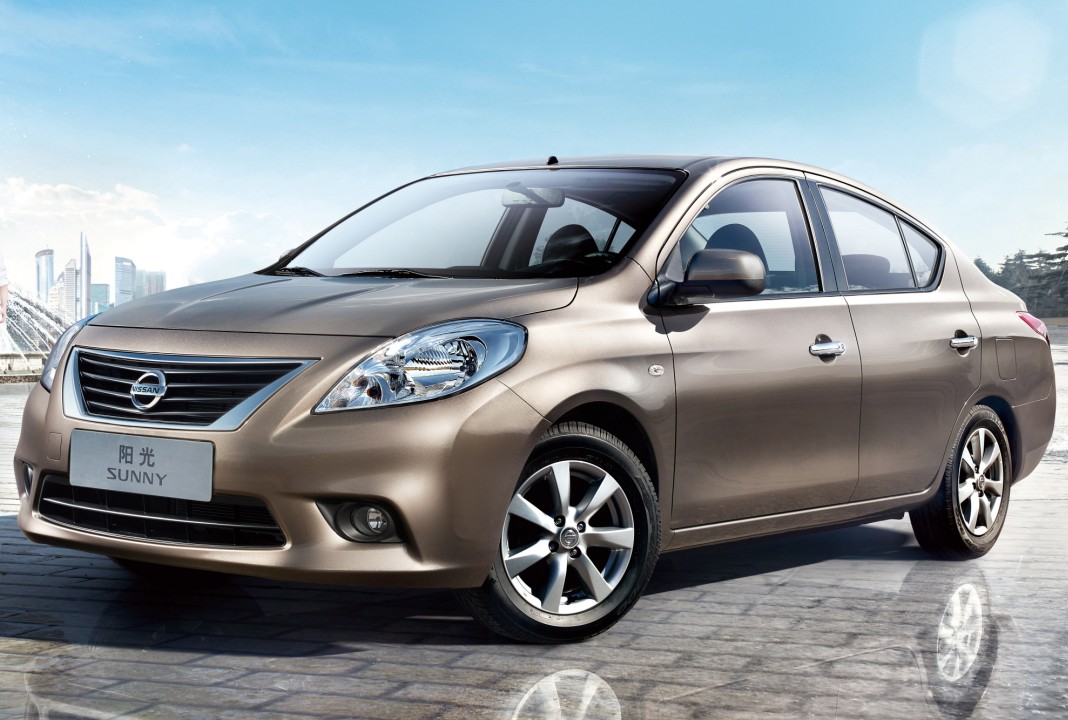 GM: Given that the old Nissan Sunny was Jordan’s most prolific taxi, how important is this segment, and what are Nissan’s plans for a replacement?

SC: In Jordan, the Nissan Sunny is still one of our best-selling models. In fact, in 2014 we launched a new version to satisfy our consumers’ demands in Jordan. However, the Jordanian taxi segment has been notably declining the past two years, now occupying only 7 per cent of the TIV with many new entrants making the segment ultra-competitive.  We are currently focusing on offering the Nissan Sentra for taxi use in Jordan.

GM: Will Nissan’s Datsun value brand be introduced to selective Middle East markets, like Jordan, or would such a presence interfere with entry-level Nissan model sales?

SC: Datsun has been launched in Russia, India, South Africa and Indonesia. At this stage no further market introductions have been announced.

GM: What are Nissan’s sales projections for next year for the Middle East region and Jordan in particular?

SC: Under our Power 88 Mid Term strategic plan, Nissan Middle East is targeting to sell over 300K units by FY16 and reach 10% market share in the whole region, which of course cannot be done without the high contribution that we get from Jordan as a key market for us. 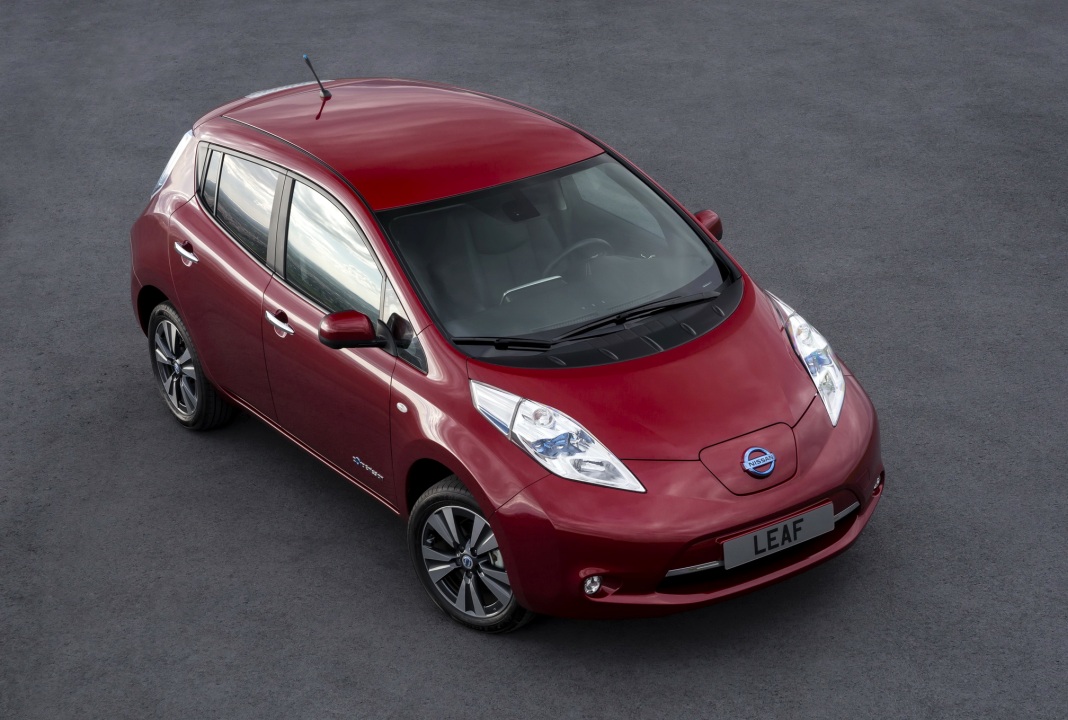 GM: Nissan signed a Memorandum of Understanding with the Ministry of Environment to promote electric vehicles in 2010. How has this progressed and are there plans for introducing the Nissan Leaf EV (electric vehicle) in Jordan soon?

SC: As the global leader in EV, we definitely want to cooperate with the Government of Jordan on EV. We are right now extending our cooperation and working very closely with them, but no plans have been announced yet.

GM: Given the regional instabilities and unrest, not to mention a significant and persistent drop in oil prices, to what do you attribute Nissan’s strong performance and growth in the Middle East in 2014?

SC: Our strategy for success and growth is still based on the global ‘Power 88’ approach. The strategy pillars for growth are to leverage on our extensive line-up renewal, continuously strengthen our brand power, and a strong and professional dealer network, on which we are focusing on dealership coverage (quantity) and customer service (quality).

Nissan is expanding its presence all over the world and Middle East is treated as our strategic growth driver. Our ambitious mid-term plan is to increase regional sales by 100K units in the upcoming 3 years, and increase our market share to 15% by end of 2016. 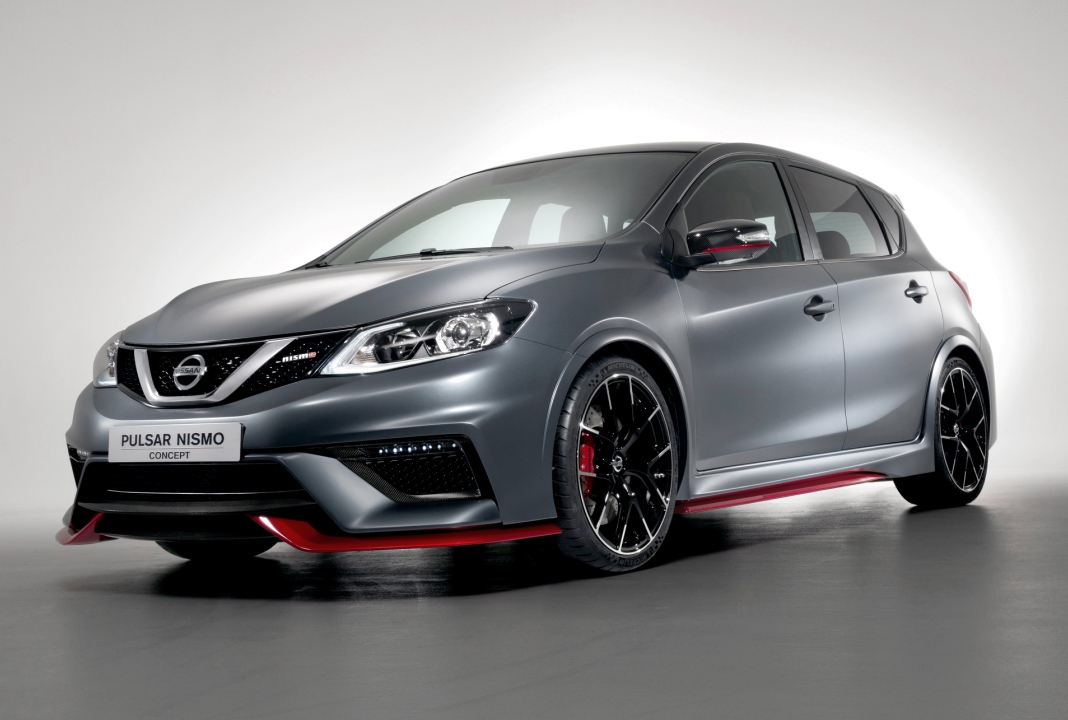 GM: The hot hatchback market is not traditionally big in the region, but Ford’s and Volkswagen’s respective Focus ST and Golf GTI have done well. With that in mind, would you consider bringing the Nissan Pulsar Nismo, if or when the concept version unveiled at the 2014 Paris motor show makes production?

SC: At this stage we are competing on the hatchback segment with the Nissan Tiida that was introduced in August 2013. We cannot comment on future cars introductions.

GM: Given that Nissan’s GT-R supercar and Patrol SUV ‘hero’ models are somewhat out of reach for many drivers, will Nissan look into more affordable yet exciting high performance Nismo models for the region?

SC: We are unable to comment on any upcoming plans in the region.

SC: In the Middle East, there is a natural passion for cars and racing, particularly within youth groups. The Nissan GT Academy is a global program that fits perfectly in the Middle East market, providing a platform for us to engage with our consumers on a locally relevant topic. It also gives us an opportunity to contribute to the growth of Motorsports in the Middle East, which we have been advocating in the region for years.