Built on a tubular steel chassis derived from the M600’s, the more accessible M500 is similarly sized, but better packaged. Meanwhile under its skin, the M500 trades its big brother’s 4.4-litre Volvo-sourced twin-turbo V8 for a Ford-sourced 3.5-litre twin-turbo V6, expected to produce around 550BHP. Riding on double wishbone front and rear suspension, and driving the rear wheels through a 6-speed manual gearbox with gated shifter, one hopes that the M500 will deliver the same staggering old school supercar thrills as the M600, and remain as free of driving aids and interference as possible. 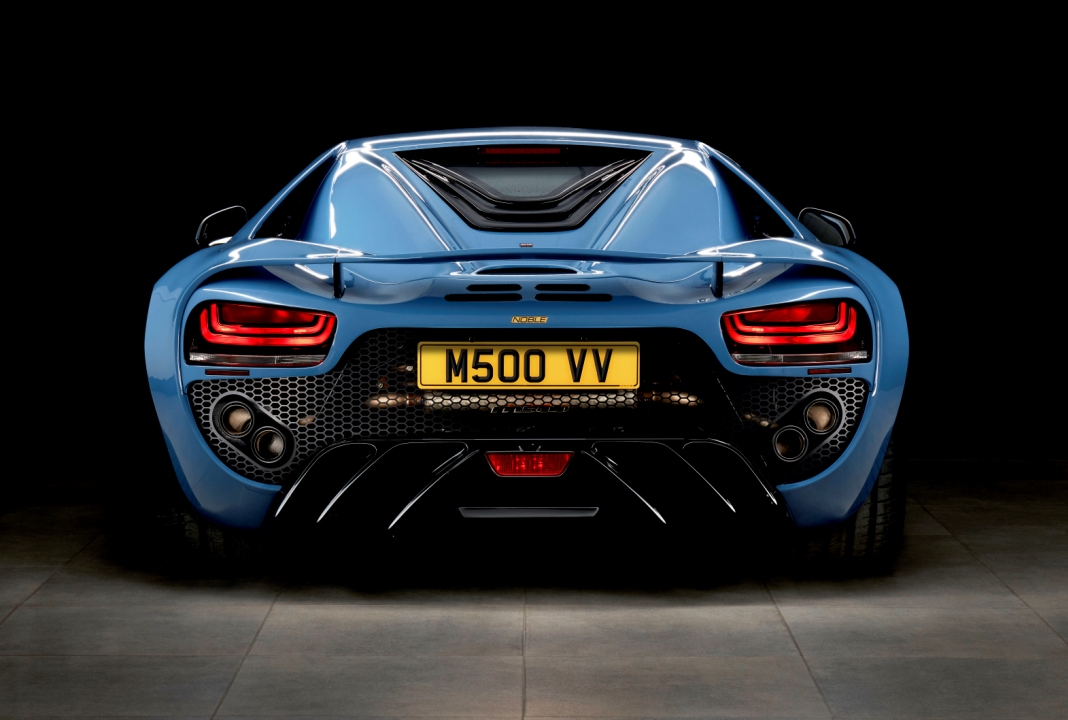 Many people have asked if we had any plans for a less “extreme” and hopefully, more affordable Noble. Enter the Noble M500, the little brother to the M600. Still retaining the Noble ethos of a driver focused experience, great handling, steering and grip but without perhaps, such a mind bending visceral driving experience. The M500 is due for release sometime in late 2022 and will feature a Ford 3.5L twin turbo engine. Price and final specification is yet to be announced. The photographs are of the first pre-production prototype which is available to view for those interested in purchasing by appointment.