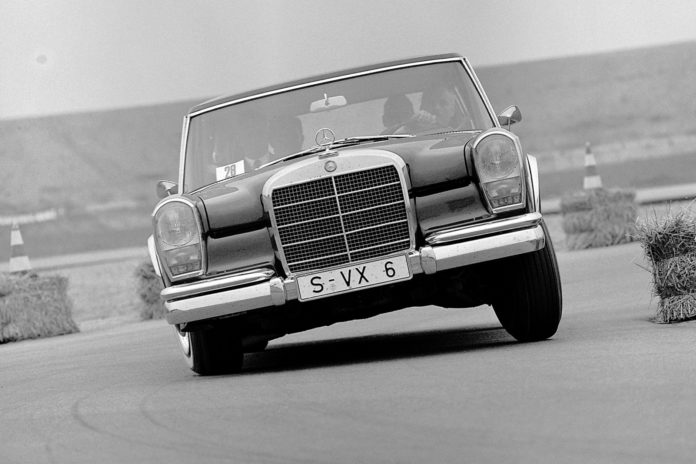 Boasting then advanced luxury features, acres of space, vast and lazily developed power a uni-body design and supple and sophisticated independent hydraulic suspension, the Mercedes 600 could convincingly lay claim to being the then world’s best luxury car. Know at the Mercedes ‘Grosser’ or ‘Grand Mercedes’ in Germany, the 600 was Mercedes first post-war ultra-luxury vehicle, uncompromisingly engineered with no expense spared, to re-assert Stuttgart’s position as the go-to-choice for top-end luxury.

A brutally styled and huge luxury car the ‘Grosser’ measured 5540mm in standard wheelbase and 6240mm in stretched Pullman state car versions, the 600’s design was somber, slab-sided and classical. Designed with little exterior frills or whimsy, the 600 was a stately car meant to project a sense of austere luxury, gravitas and a serious and mature demeanor for heads of state and captains of industry. Elegant in its simplicity of style, the 600 featured a huge upright grille and stacked headlights, a big glasshouse, an elegantly low boot, big wheels and sparse flourishes of chrome. 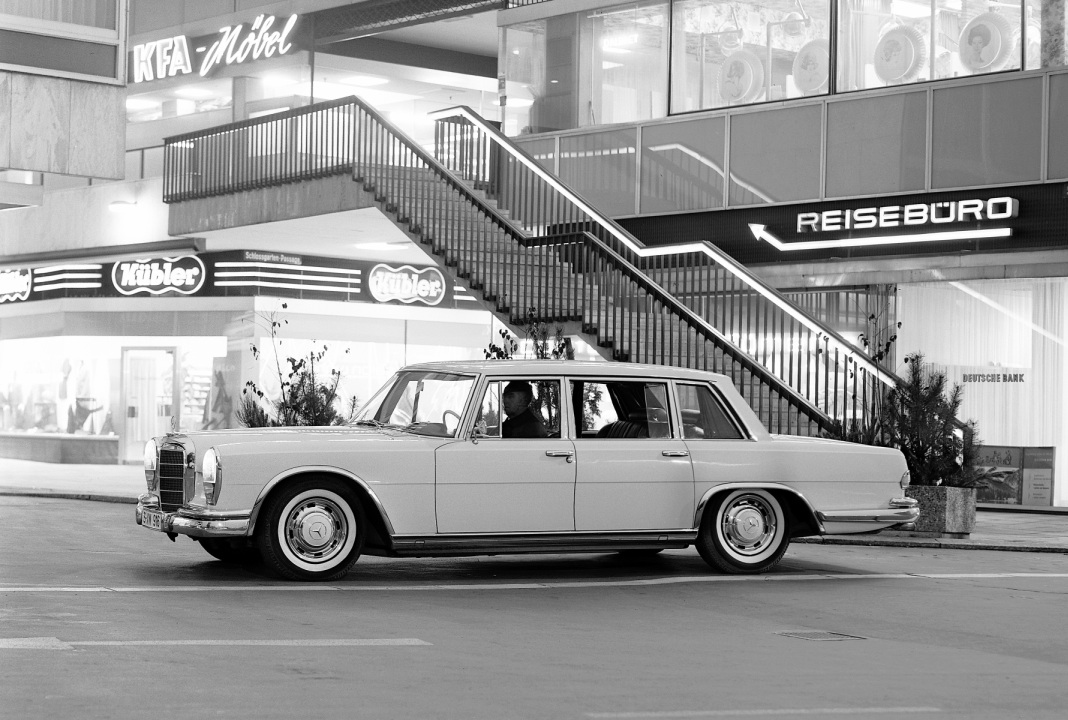 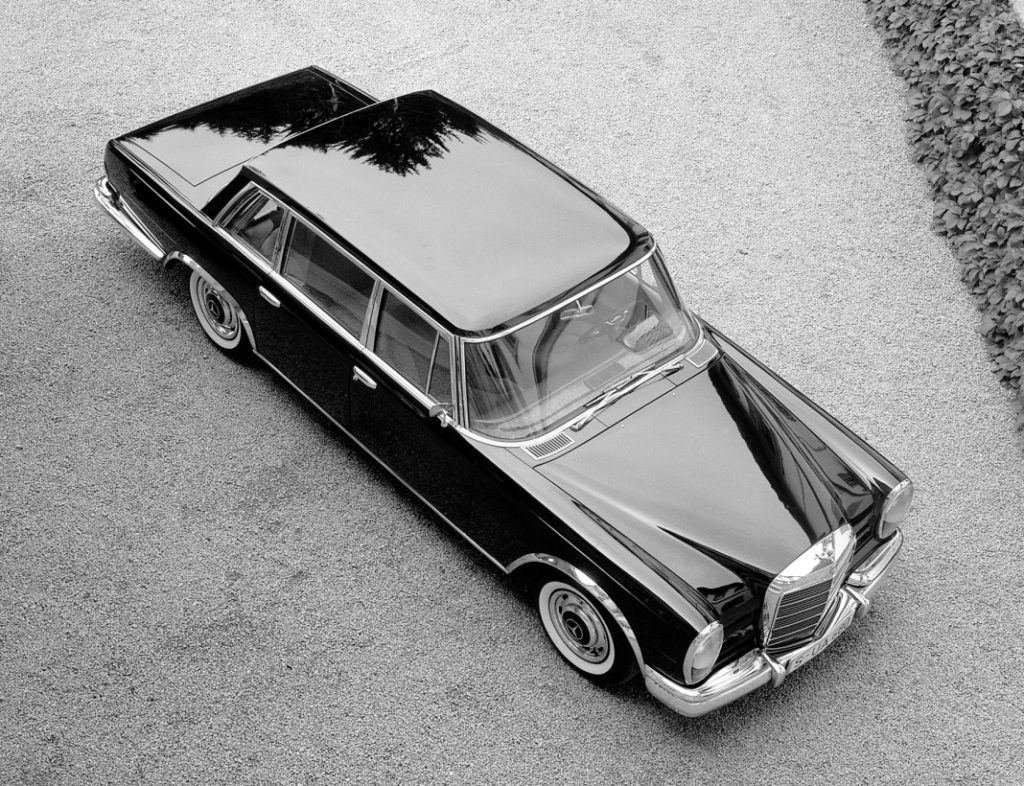 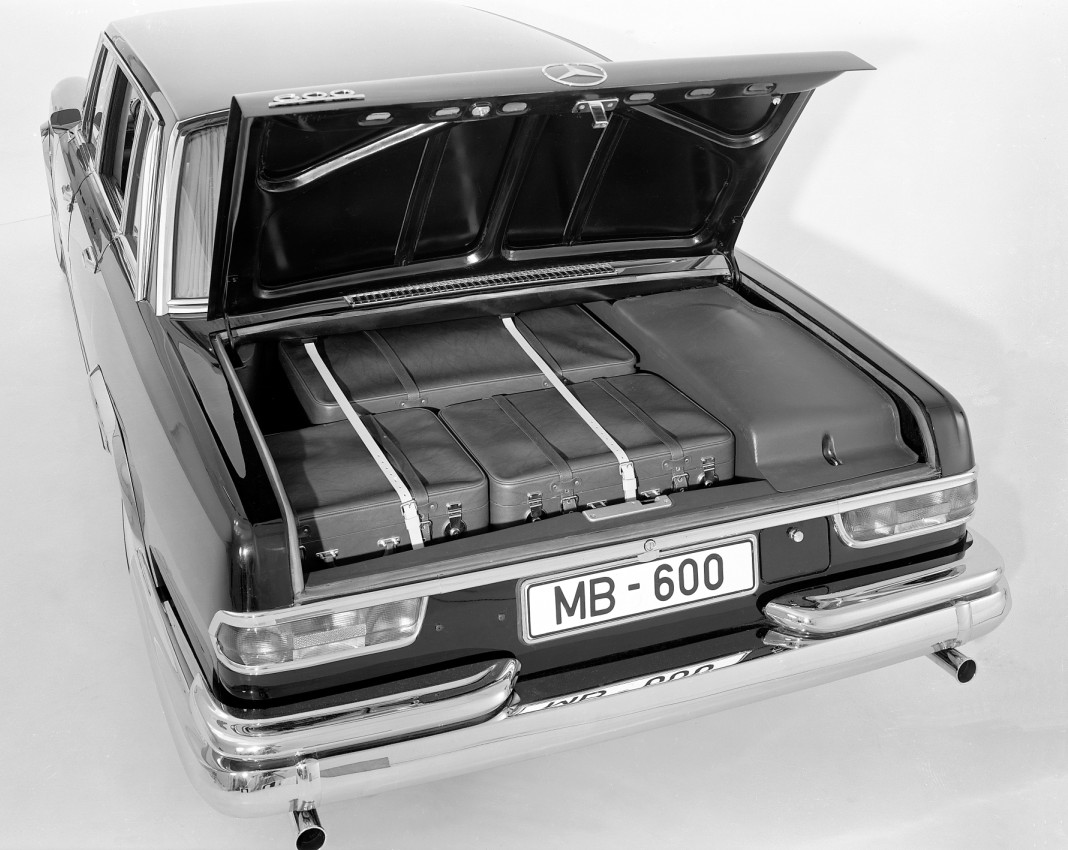 Of 2677 Grossers built, 428 were long-wheelbase Pullmans and 59 were the convertible rear quarter ‘assassin favorite’ Landaulet, versions of which included a single rear seat Pope-mobile. Standard wheelbase Landaulets were also built to order, as were factory armoured versions, and a prototype coupe. However, what set the Mercedes 600 apart was its’ bank vault build quality, refinement, and modern uni-body and hydraulic suspension, which ensured sublime ride and class-leading handling. A huge comfortable beast, the Grosser’s hydraulic suspension ironed out road imperfections and provided a cushioned and floating ride and cabin experience. Then highly advanced, the Grosser even had adaptive suspension, which with the throw of a lever, its’ hydraulic suspension stiffened for improved handling and reduced body role, should a quick getaway be required. 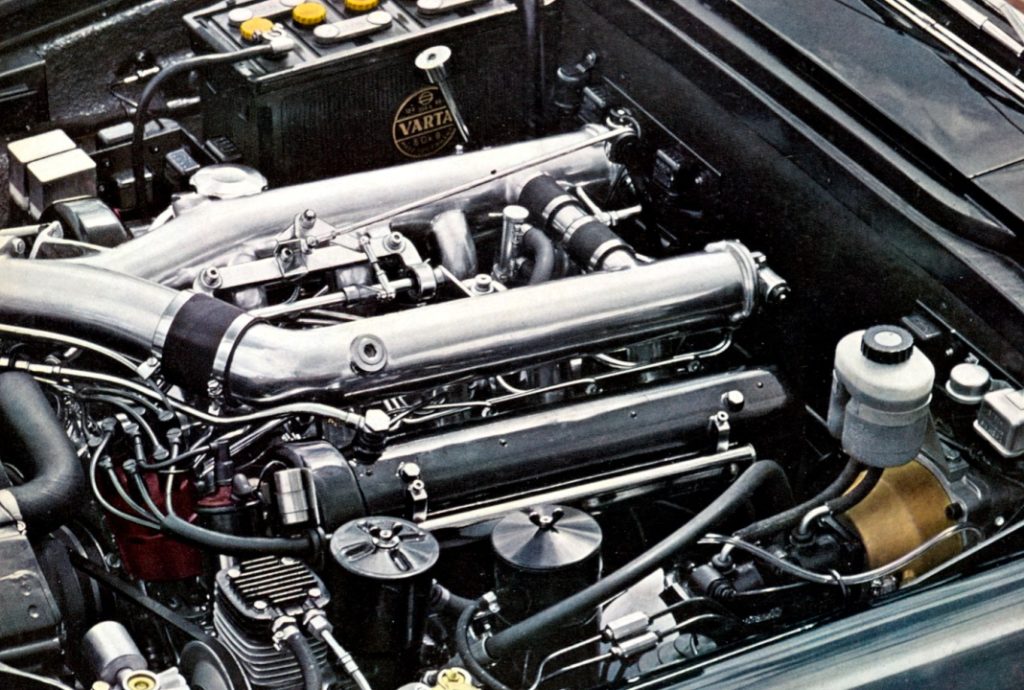 In keeping with its abundantly luxurious, indulgent ride quality and reservedly and refined but menacing demeanor, the Mercedes 600’s huge and unhurried 6.3-liter V8 engine is blessed with vast reserves. More modern than contemporary state cars, the Grosser’s whisper quiet fat V8 featured overhead camshafts and fuel injection, but a relaxed low-revving delivery, developed just 250HP at 4000rpm, but more importantly, a whopping 369lb/ft at 2800rpm. With abundant torque and muscular low-end delivery, the Mercedes 600 moved with effortless grace and grunt, while 0-100km/h was dispatched in 9.7-seconds and despite huge weight and large frontal area, 205km/h was possible. 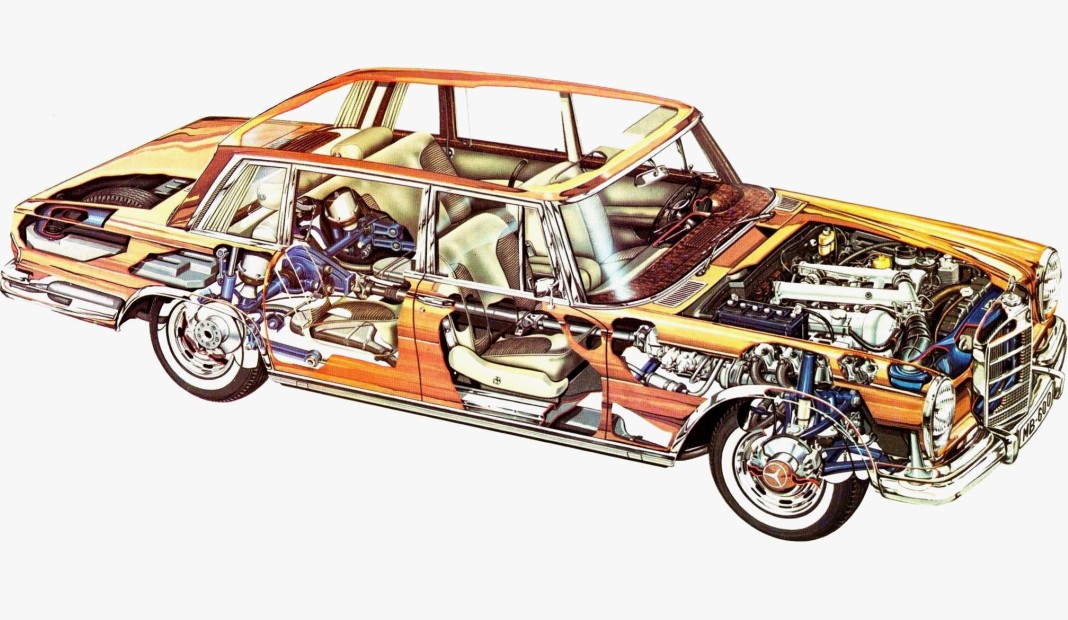