Home Reviews Bentley Bentayga Speed: In A Class Of Its Own 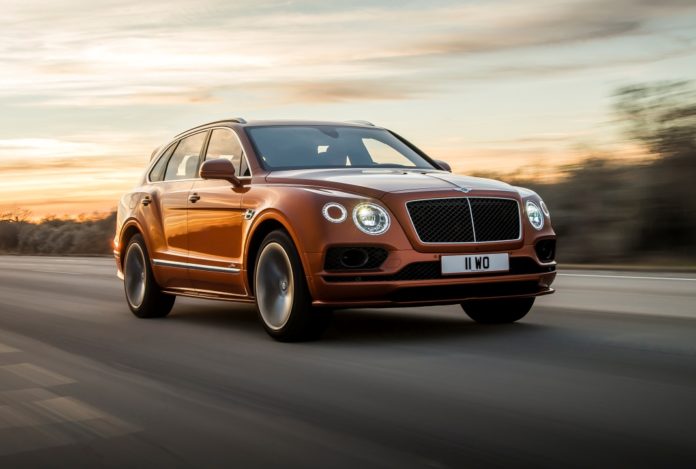 As it was inevitable that Britain’s ultra-luxury auto manufacturers would eventually branch out and enter the ever-burgeoning SUV market in the form of the Bentley Bentayga and Rolls Royce Cullinan, it was equally inevitable that a high performance variant would follow. First to launch into what is effectively a two vehicle segment, and with a wider range of variants, the Bentley Bentayga was also first to spawn a high performance Speed version. Launched last year, the Bentayga Speed’s mission is not a complicated one but is one that it well fulfills.

Designed and engineered for opulent luxury, comfort and refinement along with effortlessly effective high performance, the Bentayga Speed accomplishes both with excellence, but also adds in far better driving dynamic abilities than could be expected. Built on the same basic platform as its broader Volkswagen group Lamborghini Urus cousin, the Bentayga Speed may also share some basic underlying characteristics and makes a similar claim to be the world’s fastest SUV, but is an entirely different sort of beast with different priorities, traits and primary characteristics placing continent-shrinking speed and comfort at the forefront.

Something of a controversial design when launched – as was its chief Cullinan rival – the Bentayga’s design is a quickly acquired taste, especially when combined with bold and rich colours rather than bland basics. With muscular well-defined bodywork and surfacing, and an upright and confident stance, the Bentayga translates Bentley’s now trademark wire mesh grill and big inner headlight, small outer running light combo quite well for SUV service. In Bentayga Speed guise, it strikes a more potent look with huge 22-inch alloy wheels, discreet signatures, body coloured lower bodywork and dark tinted grille mesh. 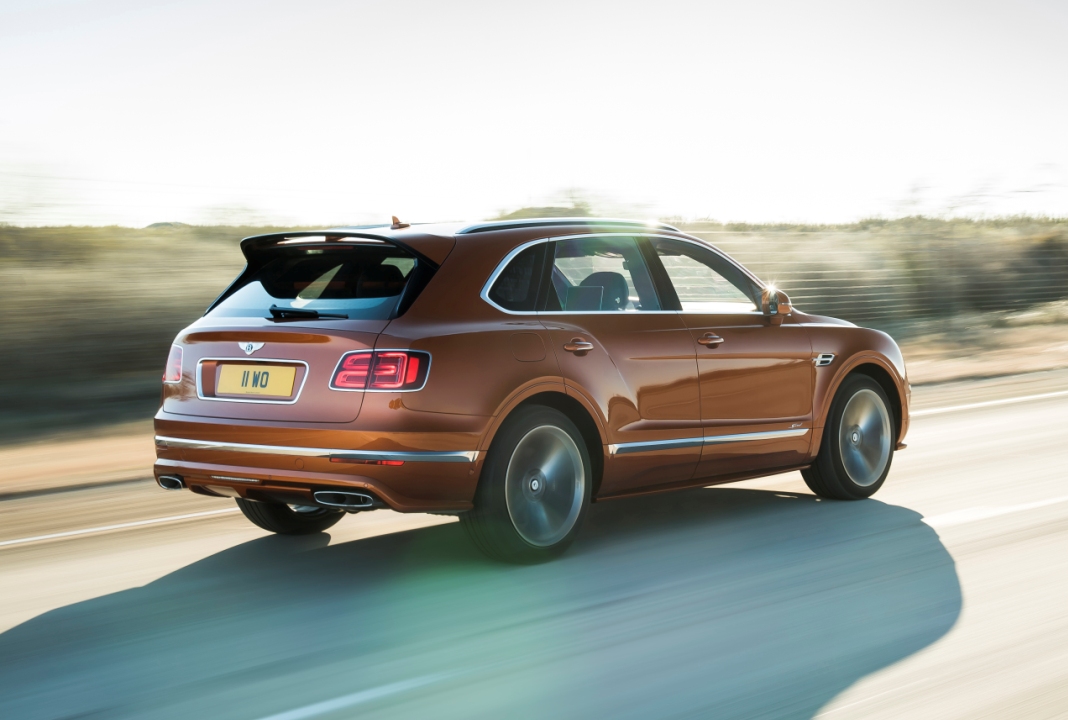 Powered by an enormous twin-turbocharged 6-litre 12-cylinder engine packaged in a comparatively compact W-formation with four cylinder banks – akin to two V6 engines side-by-side – the Bentley Bentayga Speed comes with a 27BHP power hike over the regular Bentayga W12 version. Developing an immense 626BHP at 6,000rpm and a mighty 664lb/ft torque throughout a broad and seemingly ever-accessible 1,350-4,500rpm band, the Bentayga Speed serves up effortlessly brutal performance, delivered with silky smooth refinement and ever-present flexibility aided by a slick-shifting 8-speed automatic gearbox to best exploit the W12 engine’s talents over a broad range of ratios.

Responsive from standstill and with little by way of turbo lag, the Bentayga Speed digs all driven four wheels and launches with avalanche-like momentum, allowing it to dispatch the 0-100km/h benchmark in just 3.9-seconds despite a significant near 2.5-tonne mass. Falling just short of the lighter Lamborghini Urus in acceleration, the taller and heavier Bentayga Speed however achieves a slightly higher top speed at 306km/h, with its indefatigably forceful and under-stressed engine. Billed as the world’s fastest SUV, the Bentayga Speed has meanwhile set a production SUV record on the Pike’s Peak hill climb.

Hushed and supple on the road, the Bentayga Speed is a natural high speed cruiser that is hugely reassuring, stable and confident eating up long distances. Its ride is forgiving and comfortable despite low profile 285/40R22 tyres, owing to its combination of air sprung double wishbone front and multi-link rear suspension. This is coupled with sublime active electro-mechanical anti-roll bars, powered by a mild hybrid energy recovering 48V system. Seemingly gliding over tarmac in Comfort driving mode, the Bentayga Speed’s active suspension systems read the road for more pliancy over imperfections and tauter body control through corners. 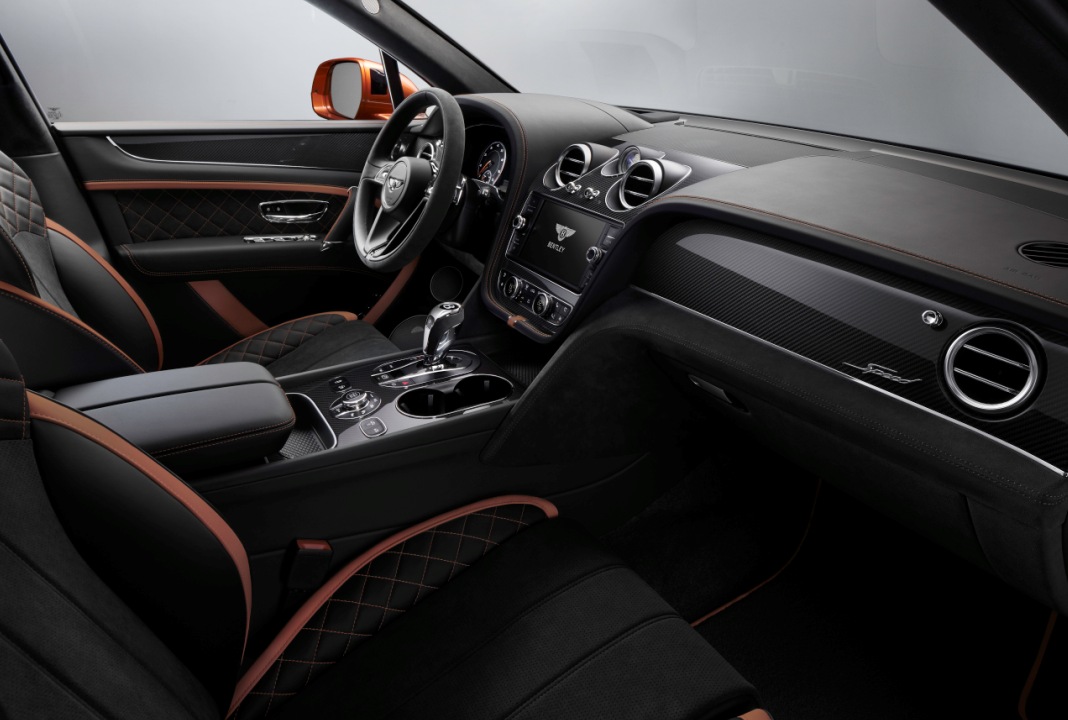 Forgiving yet settled on rebound, the Bentayga Speed’s driving characteristics can however be sharpened for a more focused and tighter, more buttoned down feel in Sport mode. Unexpectedly eager and tidy in sport mode, the Bentayga Speed turns in with commitment and direct, grippy response, despite its huge front-mounted engine and slight front-biased weighting. Happy to be chucked through corners, the Bentayga Speed may lean more than an Urus, but feels far more nimble and agile that an ultra-luxury SUV of this size and weight should, as its centre Torsen differential and rear electronic differential distribute power where necessary.

Though it delivers vice-like road-holding and grip courtesy of its intelligent four-wheel-drive system, the Bentayga Speed nonetheless feels adjustable and eager through corners, happy to shift weight to the outside to tighten a cornering line, and to be driven not too unlike a much smaller and lighter hot hatch. Inside, a highly adjustable driving position with good support and comfort, provides a commanding road view and a feeling of being at the centre of the action through winding roads. Meanwhile, optional carbon ceramic brakes can withstand temperatures of up to 1,000°C and provide resilient fade-resistance and stopping power.

Maneuverable and easy to park for such big brute, with its light steering, tight turning circle and various cameras, sensors, driver assistance and safety systems, the Bentayga also proves to be a practical daily drive luxury machine. Spacious inside for driver, passengers and with plenty of luggage room, the Bentayga Speed is offered in 4-, 5- and 7-seat configurations. Brimming with high tech convenience, safety and infotainment features, the Bentayga Speed’s cabin is flush with high quality leathers, woods, metals, Alcantara and carbon-fibre, depending on specification, for a highly refined and opulently indulgent ambiance with a sporting flair. 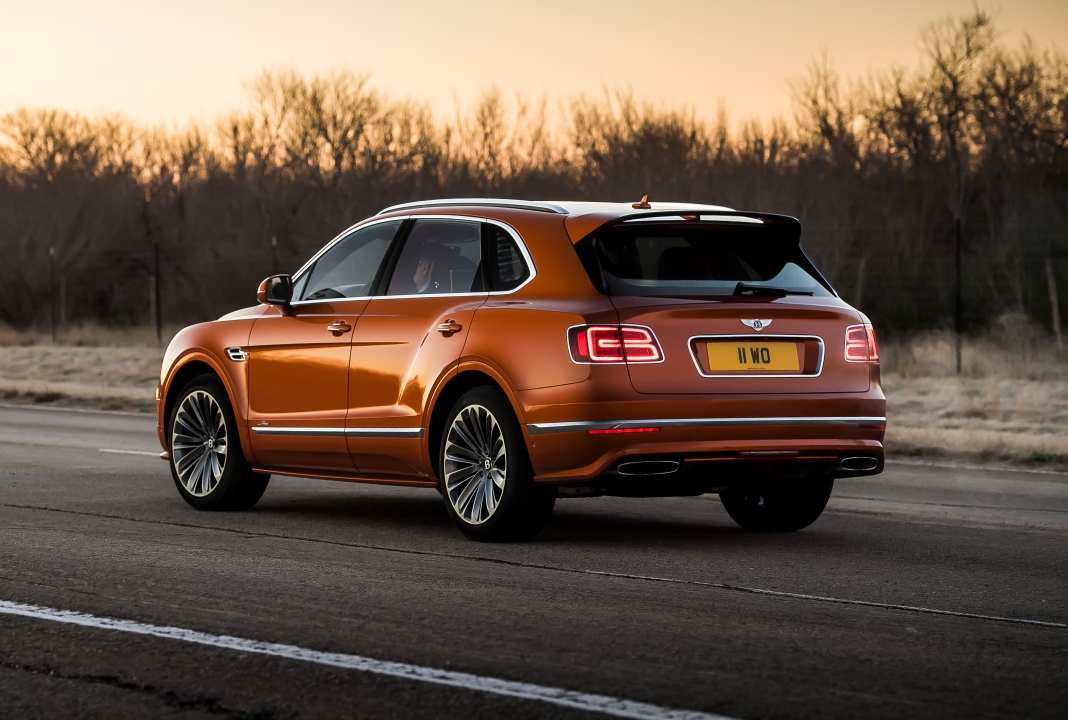