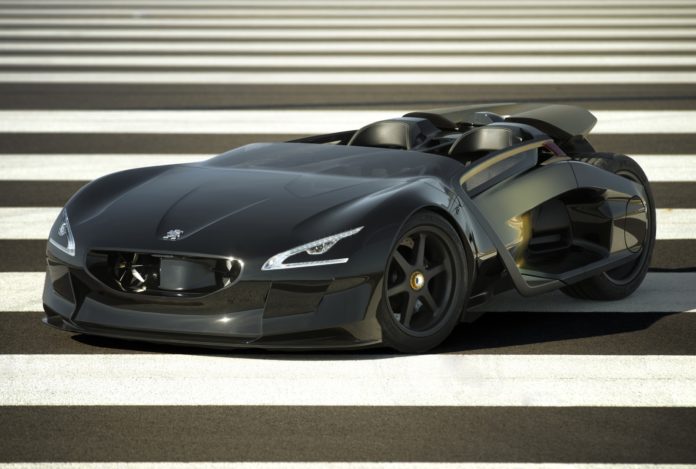 Designed as showcase to highlight the performance possibilities of an electric car, the Peugeot EX1 also marks the company’s bicentennial anniversary. Having come a long way from making coffee mills in 1810 and bicycles since 1830, Peugeot was one of the earliest car makers and had entered the vehicle business in 1892, and with the EX1 concept, unveiled in the lead-up to the 2010 Paris motor show, have broken six electric car performance records.

A visceral, aggressive and futuristic vehicle the Peugeot EX1 concept looks like it just stepped out of a sci-fi comic book or rolled off the set of the latest Batman flick. Strictly a one-off concept, the EX1 is designed with a ‘water droplet’ shape that promotes ultra-low aerodynamic drag efficiency, and comes with a wide, sumptuous and curvaceous front with a gaping grille and swooping wheel-arches not unlike the luscious Maserati GranTurismo. From the rear, the EX1 seems to owe more to the world of motorcycles, with the rear wheels set close together with a narrow exoskeleton around them and using trailing arm suspension, the EX1 seemingly morphs from car to motorcycle 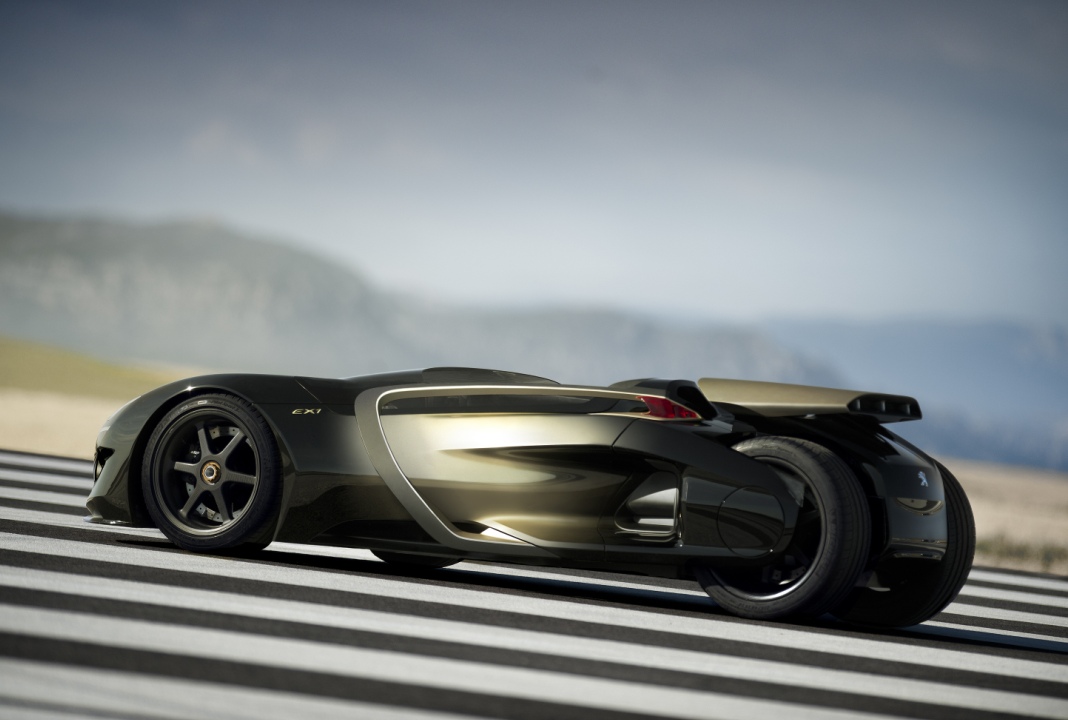 Evoking the sense of a futuristic roadster with classical elements, the Peugeot EX1 is piloted from a low slung cabin where helmets protruding slightly from the frame-line ultra low and rakish wind shield, must be worn to protect from the elements. The Ex1’s exposed cooling fans inside the grille, naked rear tires, gun-metal grey paint job and six-spoke alloy wheels give it an air of menace and immediacy. With its eccentricities not just limited to its exoskeleton and windshield, the EX1’s reverse opening ‘suicide’ doors incorporate its seats, which one sits in when the doors are open and then enters the car’s dual pod cabin as the doors are shut.

Designed as a light-weight vehicle with a low centre of gravity and sophisticated and sporty double wishbone front suspension, one would expect that the Peugeot EX1 would be able to handle well and with agility, with the rear wheels tidily following the front and with little body roll. However, the EX1’s primary focus seems to be on its in-line performance and in proving that electric vehicles have the potential for similar performance to petrol cars. This focus is also particularly highlighted by the absence of material relating to the EX1’s operating range or battery charging times, which are two of the main points of interest for electric vehicles with an eye for future production.

Powered by an electric motor at each axle the EX1 is a four-wheel-drive roadster which benefits from good traction for straight-line performance and grip for corners, as well as good weight distribution owing to this configuration and the absence of any rear overhang. With each motor delivering 170PS power and a constant 177lb/ft torque adding up to a combined 340PS and 354lb/ft, the sub-1,000kg EX1 boasts spectacular electric car performance figures and un-relenting urge owing to its wave of torque. While its performance figure can certainly be bested by high performance petrol cars, the EX1’s 3.49-second 100km/h sprint and other benchmark times such as its’ 14.4-second and 100km/h quarter mile record. The EX1’s records were set in September at the Montlherey circuit in France and the Taipingsi military airport in Chengdu, China in December 2010. 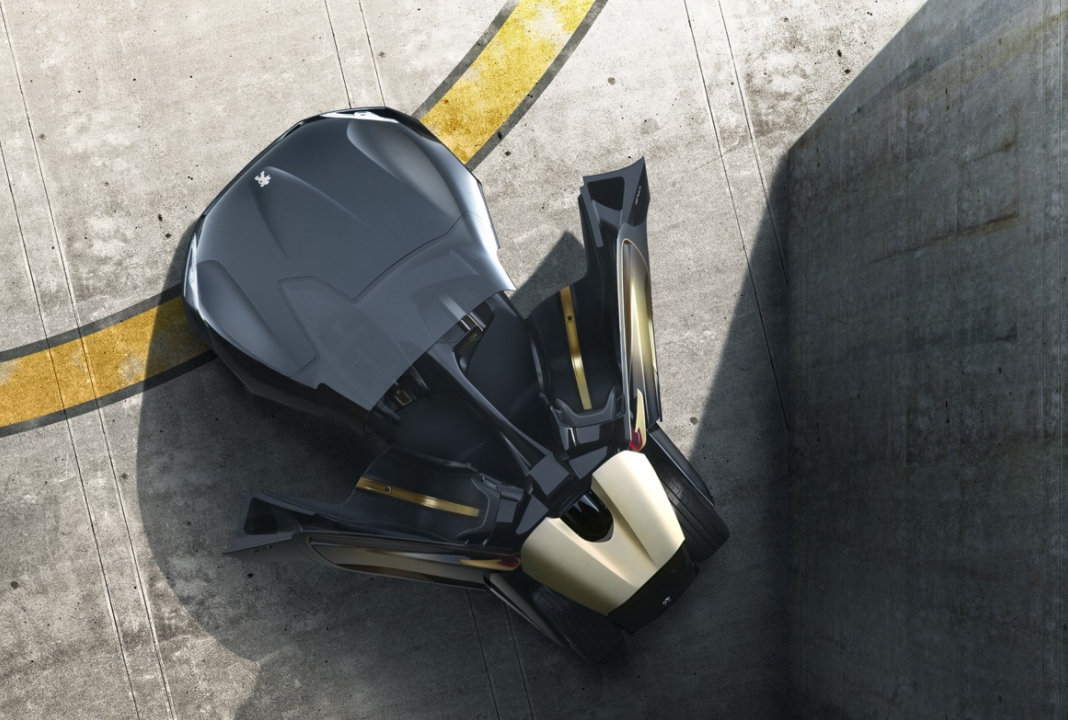