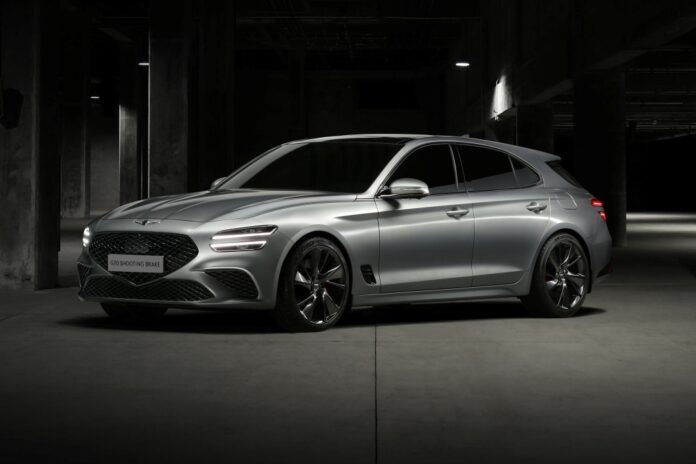 A brand that’s been a long time in the making ever since the Hyundai Genesis made its debut in 2008, the Korean premium car maker’s development has been on a slow boil, which has now seemingly peaked with the Genesis G70 Shooting Brake. Unfortunately earmarked for Europe for the time being, the G70 Shooting Brake version of Korean brand’s compact executive saloon model perfectly encapsulates the Athletic Elegance design mantra espoused by Genesis. Pitched at cars like the Audi A4 Avant and Mercedes-Benz C-Class estate, the sporty low slung G70 Shooting Brake wagon is easily Genesis’ best looking vehicle to date.

Genesis PREVIEWS the G70 Shooting Brake for the European Market

12 May 2021, SEOUL, KOREA – Today, Genesis unveiled the images of the G70 Shooting Brake, a car designed with European customers in mind.

The G70 Shooting Brake is based on the new G70 sedan that was released last year, adding an element of practicality to the exterior with increased trunk space while maintaining the athletic exterior elements that are indicative of the Genesis design philosophy, ‘Athletic Elegance.’

The name “Shooting Brake” refers to a car body style that is firmly rooted in the automotive history of Europe, and is a reoccurring theme for manufacturers in the premium luxury sector. 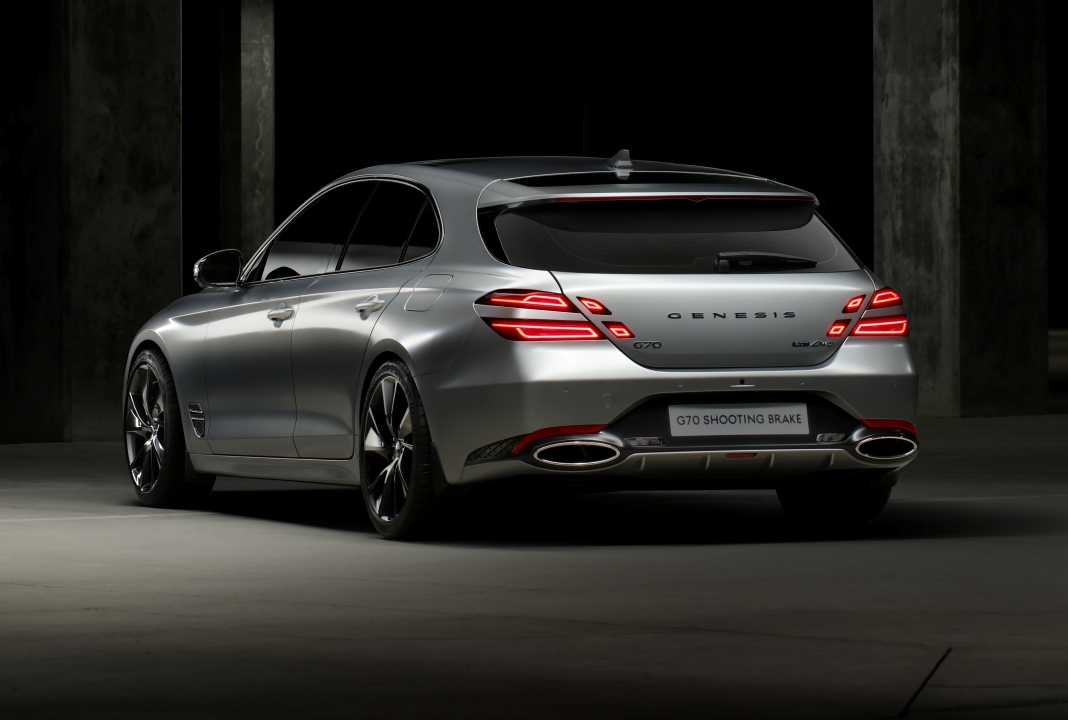 The G70 Shooting Brake will be an important model for Genesis. As a premium car, it will offer customers greater practicality, especially in Europe, and it will further expand the Genesis lineup to meet various customers’ needs.

Inheriting its design from the new G70 sedan, the G70 Shooting Brake’s signature Crest Grille is set lower than the Quad Lamps, which spread outward evokes a sprinter’s pre-race posture and highlight the model’s athletic design.

When viewed from the side, the combination of the single-piece glass hatch that extend to the rear and the “floating type” integral spoiler creates a unique impression to the exterior that communicates the G70 Shooting Brake’s athletic intent. 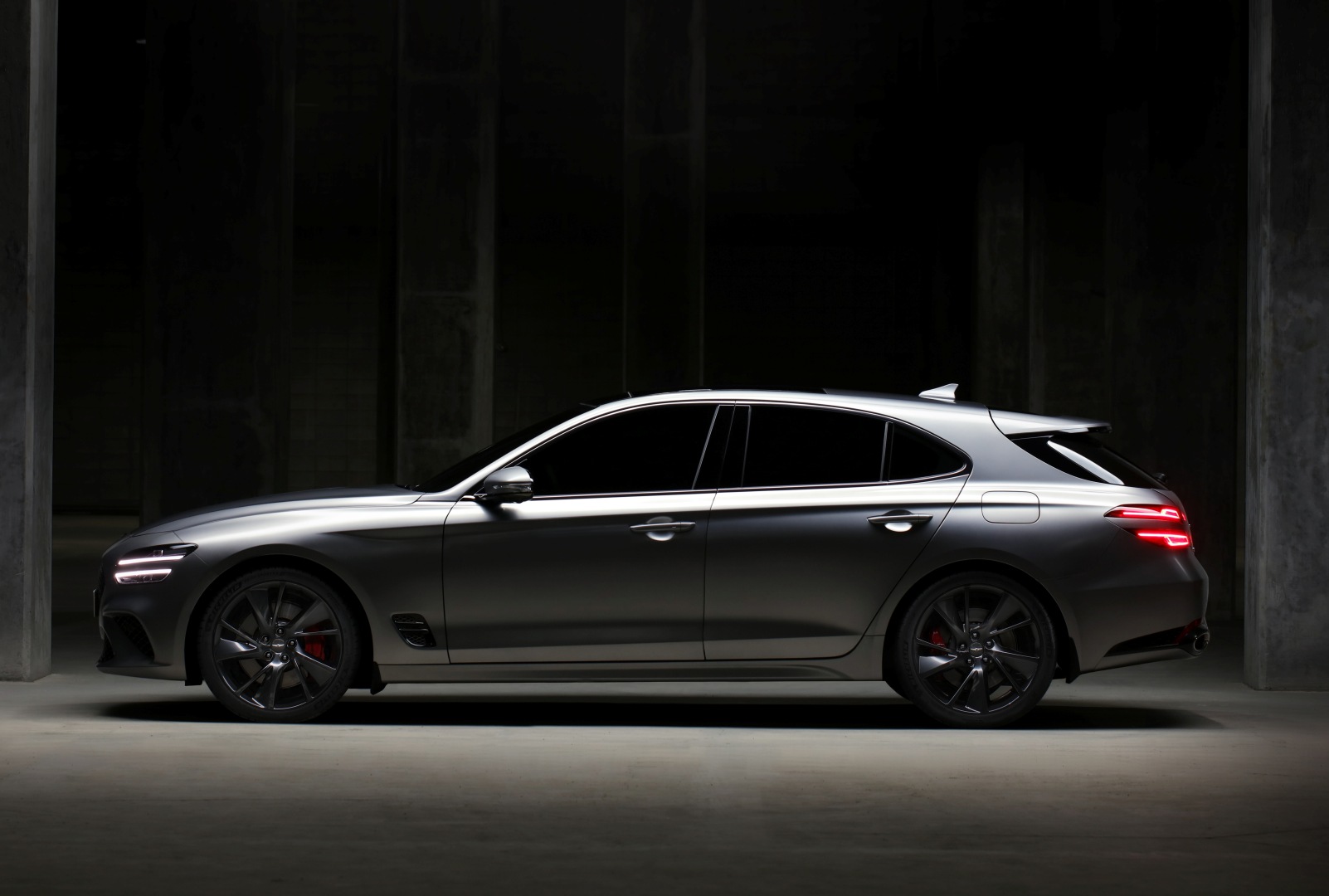 At the rear, the trunk, which maximizes space by moving the tailgate hinge forward, embodies the benefits of functional design. The Quad Lamps, which represent the epitome of Genesis’ design identity, extend to the surface of the hatch to create a unique impression.

The G70 Shooting Brake’s interior inherits the driver-focused design of the new G70 sedan, which resembles the cockpit of a fighter jet.

“The G70 Shooting Brake combines the type of athletic exterior design that reflects Genesis’ design identity with the practicality of the Shooting Brake,” said a Genesis official. “We look forward to meeting the needs of European customers with this strategic model that caters to the preferences of the market.”

With the G70 Shooting Brake, the fifth Genesis model to arrive in Europe, the brand will further strengthen its position by launching a model that demonstrates its commitment to the European market.

On 4 May, Genesis officially announced its plans for the European market, the home of premium luxury cars. The brand will commence European sales later this year, starting with Germany, the UK and Switzerland.

Orders for Genesis’ luxury sedan, the G80, and its SUV, the GV80, will open this summer, with the G70 sports sedan and the GV70 urban SUV following soon after.

Dominique Boesch, Managing Director of Genesis Motor Europe, said: “We are delighted to reveal this bespoke product – tailored for our European customers – so soon after revealing news of our arrival into the region.

“The G70 Shooting Brake marries luxury and European automotive heritage with our design philosophy of Athletic Elegance. Our fifth car in Europe, the Shooting Brake will stand apart through its unique design; it is a clear statement of our commitment to the region.” 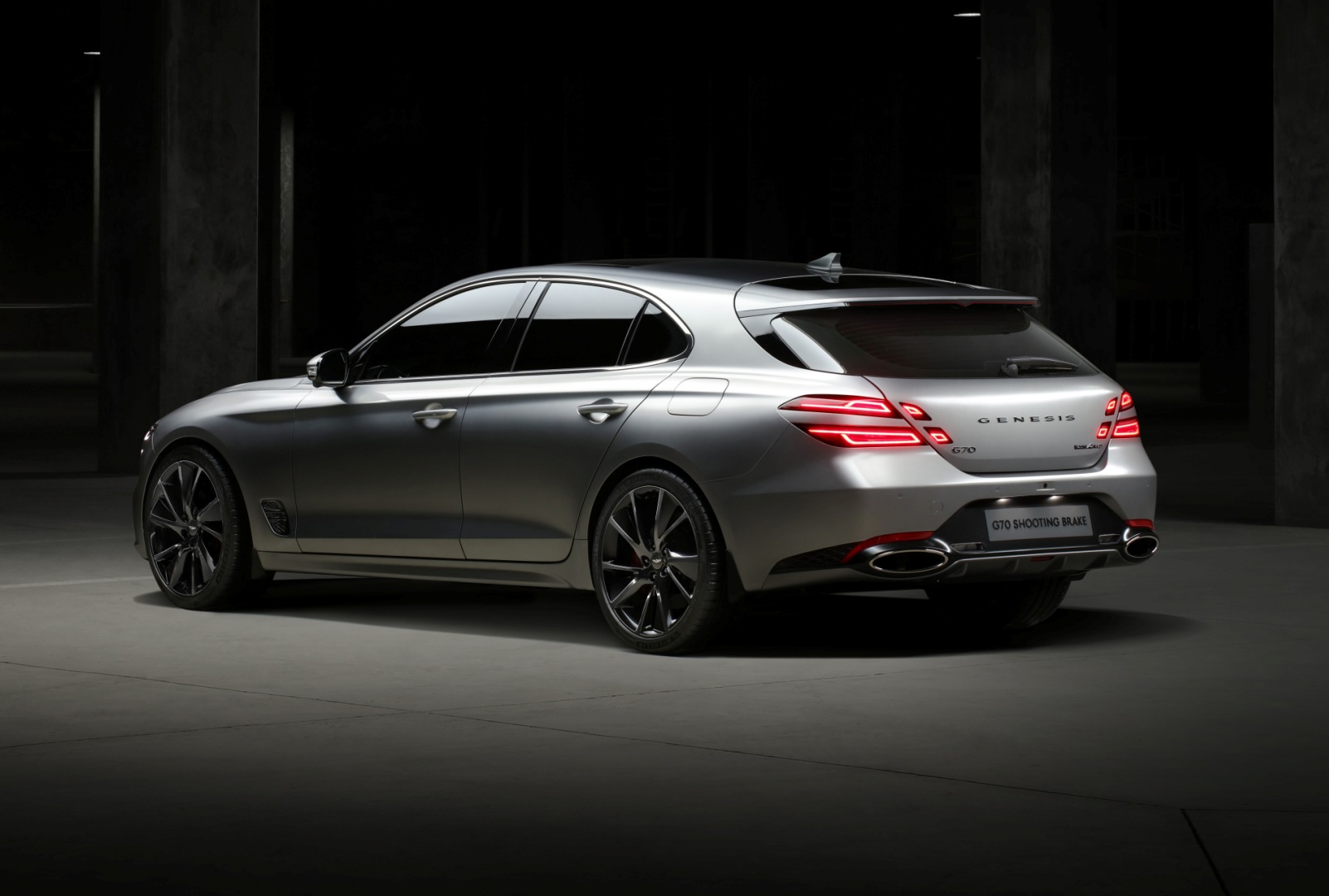