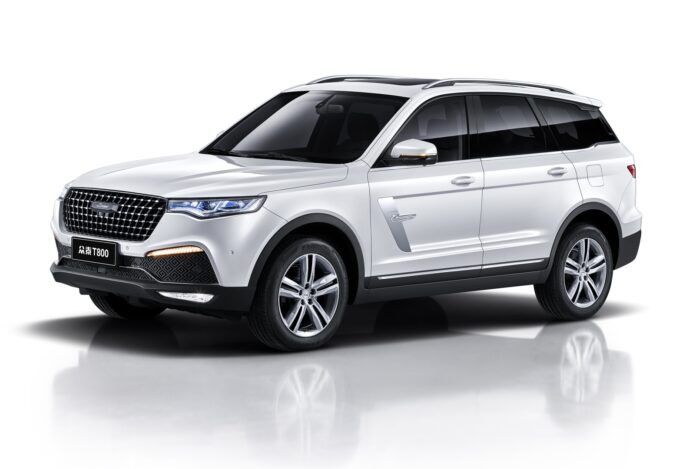 A relative newcomer to the Jordanian market, Chinese automaker Zotye’s first and currently only locally available model, the T700, proved to be a rather interesting mid-size crossover SUVs with a distinctly athletic style, lively performance, comparatively sporty dynamics and an interior with premium ambitions. Sold in Jordan in seven-seat front-drive version under the T700 nameplate but available in Saudi Arabia with the ‘L’ suffix to denote its longer wheelbase than the standard five-seat model, Zotye’s flagship crossover however also goes by T800 or Z8 L monikers in certain other markets.

An attractive crossover with a broad grille with wide-spaced studded effect mesh sitting under a relatively low yet ridged and chiseled clamshell bonnet, and flanked by slim slightly recessed headlights, the T700 seems vaguely reminiscent of a Ford Explorer or Maserati Levante from front views. The T700’s sharply descending and ‘floating’ effect roofline, jutting tailgate spoiler and high, rising waistline however have certain hints of Range Rovers Sport and Evoque in their styling sensibility. Meanwhile, its slim, high and deep-set rear headlights are somewhat inspired by the Jaguar F-Pace.

Striking a sportingly contemporary yet somewhat familiar flavour, the well-proportioned long wheelbase T700 variant’s longer rear overhang compensates its transverse engine and front-drive front overhang for a similarly sporty profile as a rear-driver. With sharp lines, ridges, creases and muscular surfacing aplenty, the T700 features forward slanted faux vents at the front door flanks, which trail off with a long concave groove for a ‘go faster’ effect. Statuesque at the rear, it features big integrated but faux exhaust ports with a patterned background similar to its faux lower front intake. 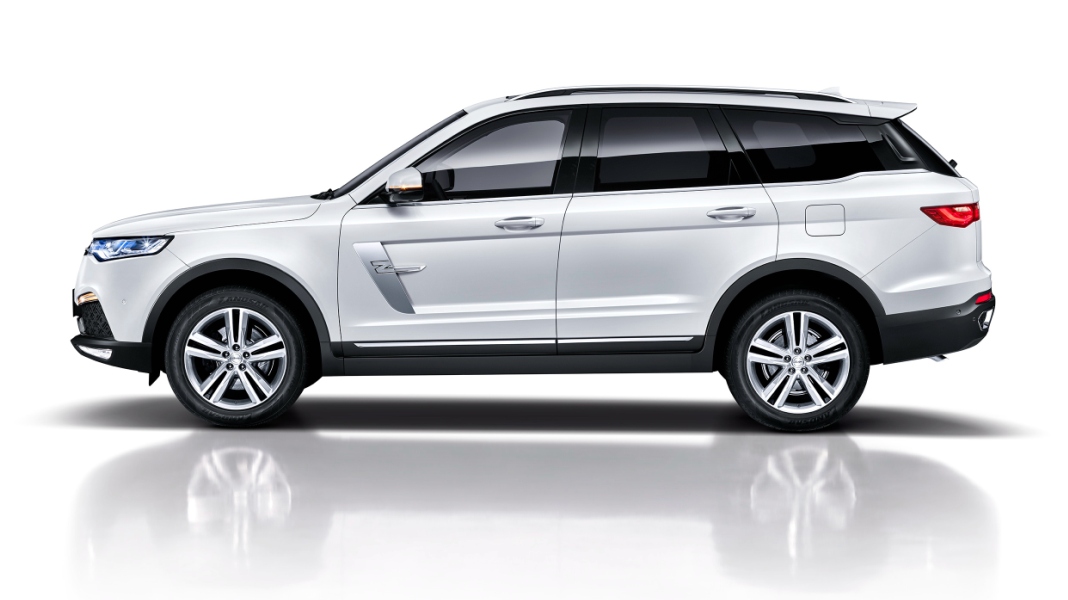 Powered by a Mitsubishi-derived 2-litre turbocharged direct injection 4-cylinder engine driving the front wheels through a slick shifting ZF-sourced 6-speed automated dual-clutch gearbox, the Zotye T700 develops 228BHP at a somewhat low-revving 5,000-5,300rpm plateau and a mighty 258lb/ft torque throughout a broad 2,500-4,000rpm band. Expected to be capable of up to 200km/h, the T700 is meanwhile no slouch in the acceleration department, and is loosely estimated to propel its approximate 1,875kg mass through the 0-100km/h benchmark in 9-seconds or less. Meanwhile, combined cycle fuel efficiency is estimated at 9-litres/100km.

A brisk mover with good low-end responses as it digs deep and pulls confidently with little by way of turbo lag, the T700 is eager and punchy right to its relatively low ceiling rev limit, but is however at its best throughout its muscularly wide mid-range. With a noticeable surge as its turbo comes on boost, the T700 pulls away with strident motivation upon kicking down a gear or two. Flexible and versatile in mid-range, the T700’s real world on the move acceleration and highway overtaking ability are reassuringly lively.

With a healthy glut of twisting force at its disposal, the T700 pulls away assertively and with slight torque steer tugs of the wheel on harder throttle inputs, as often is the case with powerful front-drivers. A smooth, stable and reassuringly settled ride in town and on the highway, the T700’s steering feedback seemed busier than most comparable crossovers in terms of textural and positional information, which translated into a sportier driving experience, if one that required more driver attention. Meanwhile, it was poised and responsive under sudden hard braking.

During a brief test drive, the T700 proved to be a comfortable cruiser and well refined in terms of noise, vibration and harshness isolation, but with its sporty low profile 235/55R19 tyres, it did feel slightly on the firm side over sudden jagged bumps, lumps and imperfections. On the few opportunities to push hard through corners to explore its handling and dynamic traits, the T700 did seem unexpectedly composed, committed and eager, with quick, tidy turn-in and a willingness for sudden directional change, while body roll seemed well-controlled and grip levels reassuring.

A comfortably spacious seven-seater with plenty of front room, decent mid-row space and useable third row seats, the T700 is also versatile inside, with good access to the flush folding third row seats. However, higher mid and rear headrest positions would have been welcome for taller passengers. Airy inside, the T700’s cabin delivers good visibility for its class, aided by a reversing camera, viewed in a large, clear portrait-oriented infotainment screen. Meanwhile, driving position is comfortable and well-adjustable. However, its sporty, chunky steering wheel allowed only tilt but not reach adjustability.

With clear premium ambitions, the T700’s cabin has a classy design and look to it that is reminiscent somewhat of Porsche and Land Rover. If not as impressive in fit and finish as some rivals like Changan, the T700’s use of design, colours, Jaguar-like pop-up rotary gear selector, configurable digital instrument display, piano black panels, and piano-key like buttons, make for an up-market ambiance. Well-equipped with numerous convenience features, the T700 includes good quality leatherette upholstery, and a 150,000km or 5-year warranty and comprehensive insurance for its competitive JD28,000 on-the-road price. 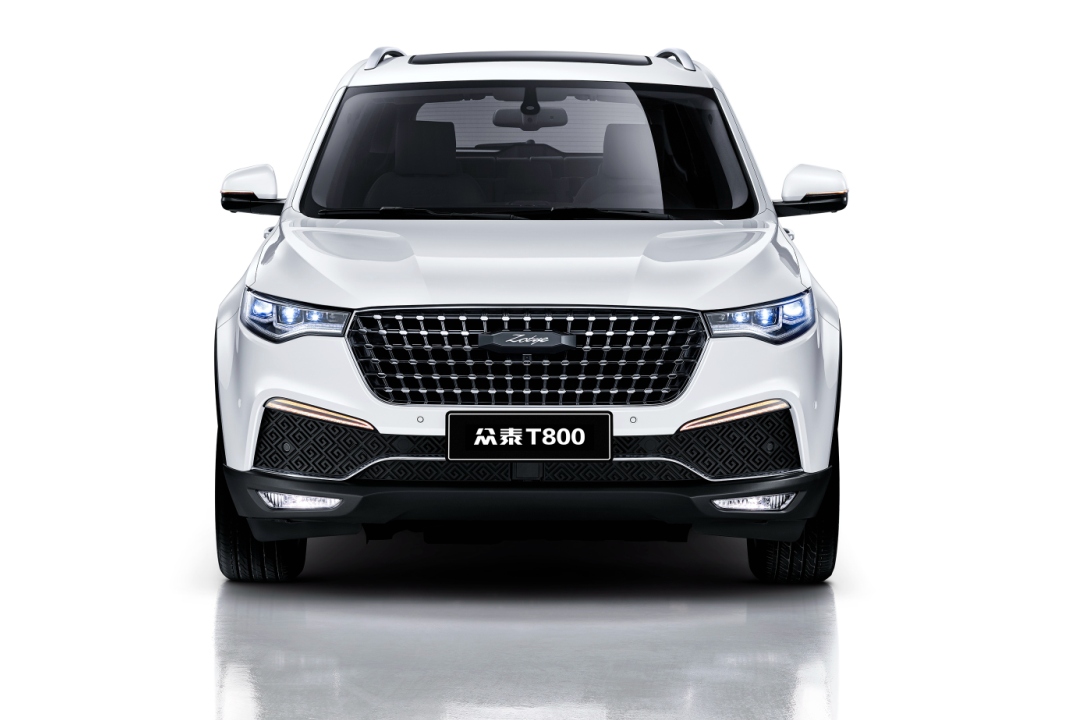 Established in 2005, Zotye’s first model was introduced the following year. Named the RX6400 and later Nomad, it was a licensed version of Daihatsu’s tiny Terios SUV. Powered by a longitudinal 1.3-litre engine developing 87BHP and 85lb/ft, the Nomad was capable of 140km/h and 0-100km/h in 22-seconds. Export models were only available in rear-drive guise under the 2008 nameplate, in honour of the Beijing Olympics.