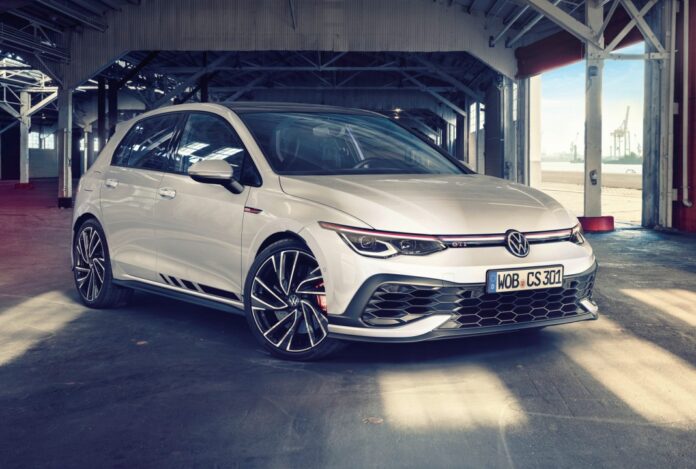 14 October 2021, Wolfsburg, Germany – The new Golf Mk8 is picking up even more speed. Following on from the GTI, GTE and GTD, Volkswagen is now presenting the next highlight from its sporty family of Golf models: the new Golf GTI Clubsport. This vehicle marks the next chapter in the brand’s tradition of high-performance GTIs: the first Golf GTI Clubsport was launched in 2016 on the 40th anniversary of the iconic sports car. It is now followed by the new Golf GTI Clubsport, a modern compact sports car that not only impresses due to its high engine power but also thanks to a new high in driving dynamics.

With the world premiere of the new Golf GTI Clubsport, Volkswagen is writing the next chapter of the successful Golf story. The Clubsport has a power output of 221 kW (300 PS) and is the new flagship model of the eighth Golf GTI generation. With its enhanced turbocharged engine, new fully connected running gear, and the brand new Nürburgring driving profile designed for the legendary Nordschleife track in Germany, the Golf GTI Clubsport marks a new milestone for driving dynamics among front-wheel-drive sports cars.

Outstanding driving dynamics. Many of the details in the Golf GTI Clubsport have been enhanced, including the even more agile turbocharged engine (EA888 evo4), which now delivers 221 kW (300 PS) and 400 Nm of torque, and the new sports running gear equipped with a new Vehicle Dynamics Manager. In the new Golf GTI, a new Vehicle Dynamics Manager already closely integrates control of the electronic differential locks (XDS) and the lateral dynamics components of the optional adaptive chassis control DCC. Even at this level, the feature offers noticeable performance benefits. In the new Golf GTI Clubsport, however, the standard electromechanical front-axle locking differential is now included in the Vehicle Dynamics Manager’s network for the first time.

Karsten Schebsdat, Head of Driving Dynamics, Steering and Control Systems at Volkswagen: “Networking all driving dynamics systems means that the new Golf GTI Clubsport handles even more neutrally and precisely than the classic Golf GTI. For the legendary Nordschleife track, we have also programmed a new Nürburgring profile, which specifically adapts the running gear components in the new Golf GTI Clubsport to this race track.” 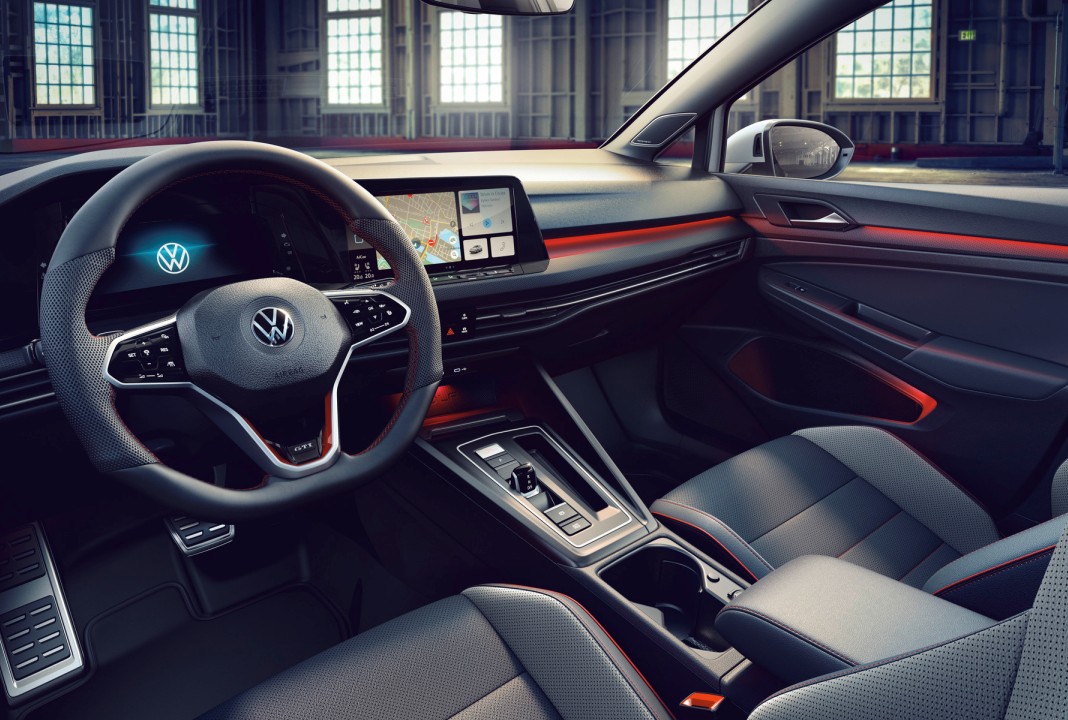 A genuine Clubsport. It is obvious from the outset that the new Golf GTI Clubsport fits in on the race track, too: its customised front end is very striking. The bumper looks almost open at the bottom – only the radiator grille trim with the honeycomb design typical for GTI models and the larger aerodynamic wings offer resistance to the head wind. At the rear, the two-part roof spoiler catches the eye, which is a unique hallmark feature reserved exclusively for the Golf GTI Clubsport. The front spoiler and rear wing are much more than just design features – they significantly increase the downforce on the sports car. The Golf GTI Clubsport rolls off the production line in Wolfsburg with 18-inch alloy wheels fitted as standard. A special diffuser, a body lowered by 10 millimetres, and wider side sills also enhance the overall sporty impression. Another new feature: oval tailpipes replace the round version in the sports exhaust system, with one tailpipe positioned on the left and right of the body.

Countless GTI-specific features also customise the vehicle interior, including premium sport seats in ArtVelours, which even provide support when cornering at high speed, plus a sports steering wheel with perforated leather grip zones and paddles for the standard 7-speed dual-clutch gearbox (DSG). Aluminium-look pedals and other superior details round off the exclusive interior design.

A brief look back. Volkswagen is continuing the tradition of high-performance GTI models with the new Golf GTI Clubsport: the first Golf GTI Clubsport was launched in 2016 on the 40th anniversary of the iconic sports car. The original member of the Clubsport series developed 195 kW (265 PS) and temporarily delivered 213 kW (290 PS) using a boost function. This car was followed in the same year by the Golf GTI Clubsport S in a limited edition of 400 units with a continuously available output of 228 kW (310 PS). Driving the Golf GTI Clubsport S, pro race driver Benjamin Leuchter set a new lap record for front-wheel-drive vehicles on the Nordschleife at Nürburgring in May 2016. The time: 07:49:21 minutes. 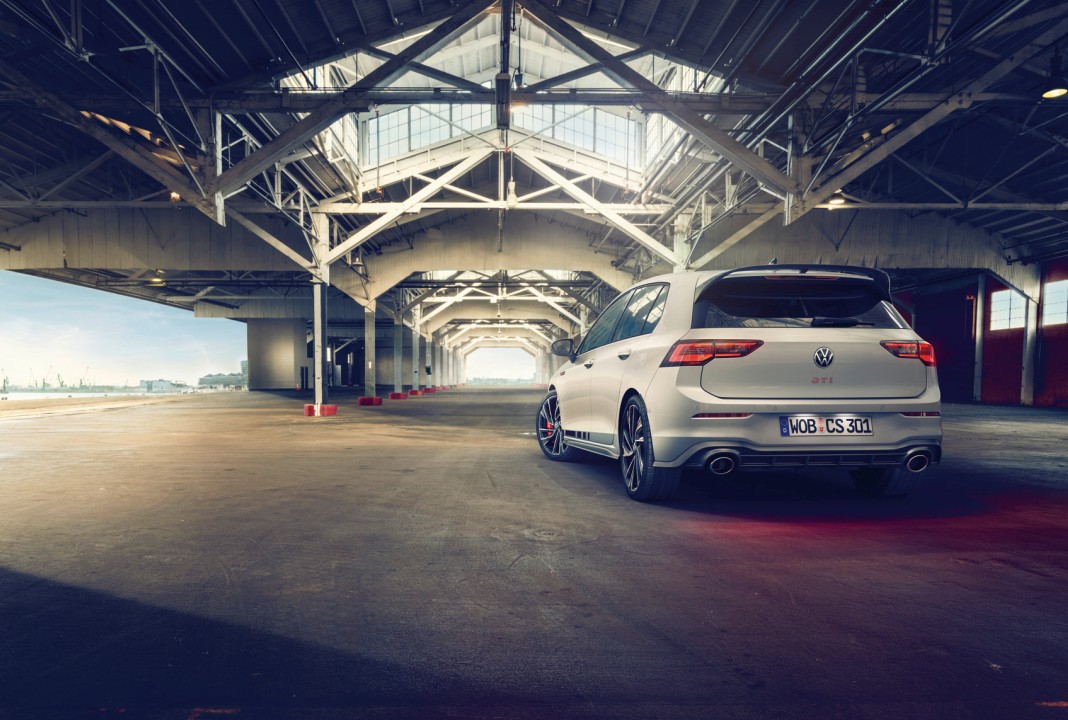