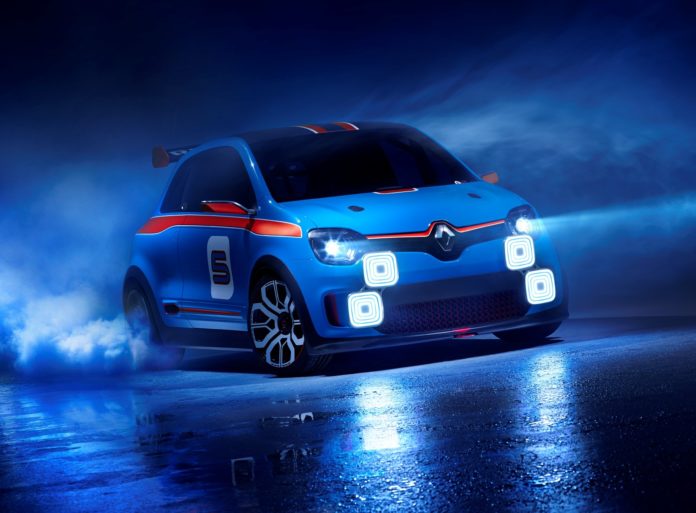 A busy year for glamorous and hot concept and performance cars from affordable pocket rocket hot hatches, real world hybrid sports cars and super cars, many of the most exciting have however been unveiled away from the international motor shows, but instead at race events and other showcase events like the Goodwood Festival of Speed and the Pebble Beach Concours d’Excellence.

With a recent partnership with Renault-Alpine and a high tech sports car in slated for 2015 alongside its traditional Seven range, Caterham is in transition. Unveiled at the Singapore motorshow, the AeroSeven concept hints at coming design cues and underlines that transition. With more modern technology and a closed-wheel screen-less F1-gleaned aerodynamic speedster body mated to the recent Seven 485 version of the long-running lightweight, the 240HP AeroSeven cracks 100km/h in under 4-seconds. Unlike the bare-bones Seven, the concept features 3D screen, traction control, ABS and steering-mounted controls.

Based on the sublime Ferrari 458 and using its blistering and high-revving mid-mounted 570HP 4.5-liter V8, the Pininfarina Sergio pays homage to its late namesake, who passed away in 2012. A svelte and sensual barchetta speedster with swooping lines and timelessly classy curves, the Sergio is reminiscent of such classic Pininfarina-designed Ferraris as the 1963 250 LM, 1965 Dino Berlinetta Speciale, 1968 250 P5 and 1970 512S Modulo. Evocative, stylish and futuristic yet classical, the Sergio looks ready to pounce, with forward-slanted rollover bar and no windscreen, but also looks delicate and refined. Ostensibly a design exercise, the Sergio will be sold in limited numbers.

Unveiled at the 24-Hours of Nurburgring endurance race, the Aston Martin CC100 Speedster concept commemorates the British luxury sports car maker’s centenary. Powered by Aston’s familiar 6-liter V12 the CC100 sprints to 100km/h in 4-seconds and onto 290km/h. Using lightweight carbon-fiber bodywork, the CC100 looks to the 1959 DBR1 racers for inspiration. A radical and sexy speedster with huge gaping grille, and separated twin pod seats with individual fairings that double as rollover bars, the swooping CC100 comes without windscreen and features side cutaway sections making the cabin visible.

Introduced at the Monaco Grand Prix, the Renault Twin’Run is ostensibly a high performance take on the next Twingo city car, but differs greatly under the skin, and uses a racing tubular frame and mid-mounted high-revving naturally-aspirated 3.5-liter V6 – like the old RenaulSport Clio V6. Developing 320HP and for a 4.5-second 0-100km/h time, the diminutive and lightweight 950kg pocket rocket, may look cute and feisty but is a highly agile and hardcore racer at heart. A possible production RenaultSport Twingo version would however most likely uses a small turbocharged four-cylinder engine like the classic Renault 5 Turbo.

Unveiled at the New York motorshow, the Subaru WRX Concept is a design statement of what the next incarnation of the brand’s legendary hard-gripping four-wheel-drive performance saloon might look like. Bulging and muscular with blistered arches, the WRX Concept is flatter and wider than previous versions with a more up-market design. With little specifics available, the next WRX’ new turbocharged 4-cylinder ‘boxer’ engine is expected to develop 300HP.

Sharing just some resemblance to the production version, the 208 T16 Pikes Peak is a purpose-built Unlimited-class tubular frame mid-engine racer designed for the 2013 Pikes Peak hill-climb, and harks back to 1980s Peugeot entrants. Driven by rally champ Sebastian Loeb, the 208 T16 broke the 9-minute barrier and the record wide open, covering the 19.9km, 156-corner and 4301-meter – now all-paved – ascent in 8-minutes 13.878-seconds. A low, short, wide and lightweight 875kg racer with short gearing, double wishbone suspension and four-wheel-drive the 208 T16 blasts to 100km/h in 1.8-second and 200km/h in 4.8-seconds but tops out at 2409km/h.

Revealed at the Pebble Beach Concours d’Elegance, the Galpin Ford GTR1 is based on the Ford GT and speculates what it would have look like if it remained in production. Rare and costly, GTR1 production will start with 6 of 24 cars, with its low-slung body built from either aluminium or carbon-fiber. More powerful than a LaFerrari, McLaren P1 or Porsche 918 Spyder, the GTR1’s twin-turbo 5.4-liter V8 develops 1197HP and 887lb/ft on 100-Octane fuel.

Introduced at the Worthersee festival, the TT Ultra Quattro is a lean mean machine with a radical 300kg weight loss over the closest production version. While still retaining its grippy but heavy four-wheel-drive system, A/C and electric windows, the Ultra’s diet includes lighter internal engine components, Carbon-fiber and magnesium structural and body components and fiberglass-reinforced polymer springs and seats, litium-ion battery and carbon-fiber wheels. With a 310HP version of Audi’s 2-liter turbocharged four-cylinder, the clocks 0-100km/h in 4.2-seconds, and is 0.1-seconds quicker, better handling and 414kg lighter than the range-topping 2.5-liter 360HP turbocharged 5-cylinder TT RS Plus.