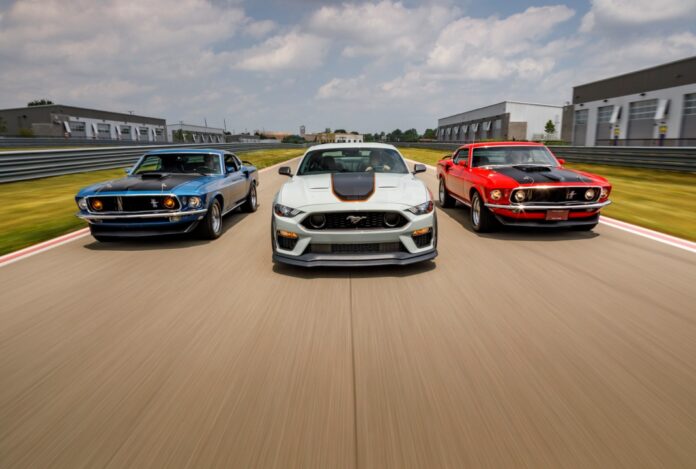 Led by a surge in sales in high-performance Bullitt, Shelby GT350, Shelby GT350R and Shelby GT500 models, Mustang led all competitors with 80,577 global sales in 2020, according to the most recent vehicle registration data from IHS Markit. That sales total represents 15.1 percent of the sports coupe market, up from 14.8 percent a year earlier.

“Mustang enthusiasts love their performance cars, and they showed that yet again,” said Hau Thai-Tang, chief product platform and operations officer, Ford Motor Company. “In a challenging year for the entire auto industry because of the global pandemic, Mustang performed very well, increasing its share in the global sports car segment.”

Sales of the high-performance Bullitt and Shelby variants were up 52.7 percent in 2020 from a year earlier, according to Ford internal data. Ford looks to continue its success with limited-edition models with the new 2021 Mustang Mach 1 entering the lineup.

Outside of the sports car and sports coupe segments, the all-new Mustang Mach-E all-electric SUV exceeded sales expectations in February and March on its way to opening 2021 with strong first-quarter retail sales totaling 6,614.

Demand only increased as the weather warmed, and Mustang Mach-E units in late March spent an average of only seven days on dealer lots.

Mustang Mach-E customers, nearly 70 percent of whom are trading in their keys of competitive brands, lean toward premium Mach-E models. The Mustang Mach-E 4X all-wheel-drive-equipped models are outselling rear-wheel-drive units, while vehicles with extended-range batteries are more popular and are capable of up to an EPA estimated 305 miles with rear-wheel-drive.