Contrary to popular perceptions, the small and car-based crossover SUV genre is not a modern idea born in the late 1990s and 2000s, for long before there were Nissan Qashqais and Dodge Calibers, there was the rugged VW Beetle-bodied military Kubelwagens of the Second World War and there was the 1980s civilian AMC Eagle. In fact the AMC Eagle, by today’s niches would have covered the Qashqai-style hatchback crossover with the SX4 version, while the estate version foreshadowing both common variety soft-roaders and similar car-based crossovers such as Audi’s A6 Allroad, Volvo’s Cross Country/XC70 and even Subaru’s Outback versions of the Legacy estate. 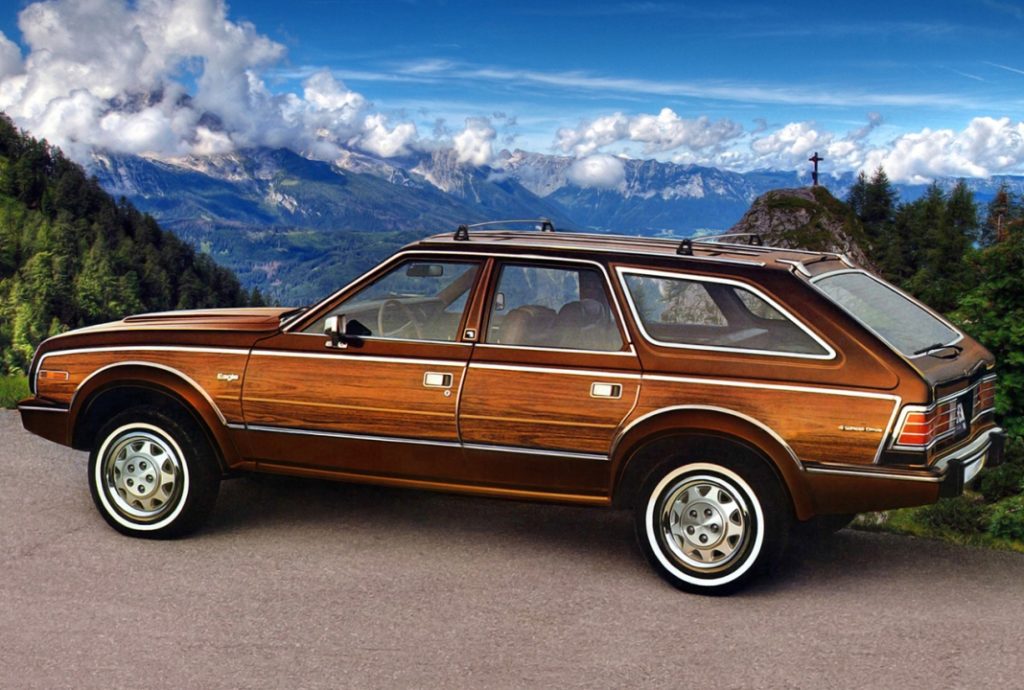 Born of  a particular set of circumstances set to the background of the 1979 energy crisis, the unorthodox Eagle came about as the waning American Motor Corporation was looking both to offer something more interesting utilizing its ageing car range and at the same time needing a more economical alternative to their capable yet gas-guzzling Jeep off-roaders.  The concept was simple yet revolutionary as both a niche and in application, as AMC based the Eagle line on their existing car range and utilized their extensive experience with 4×4 vehicles, to produce what were essentially cars with a higher ground clearance and ride height that featured more sophisticated yet rugged off-road Jeep 4×4 drivetrains. 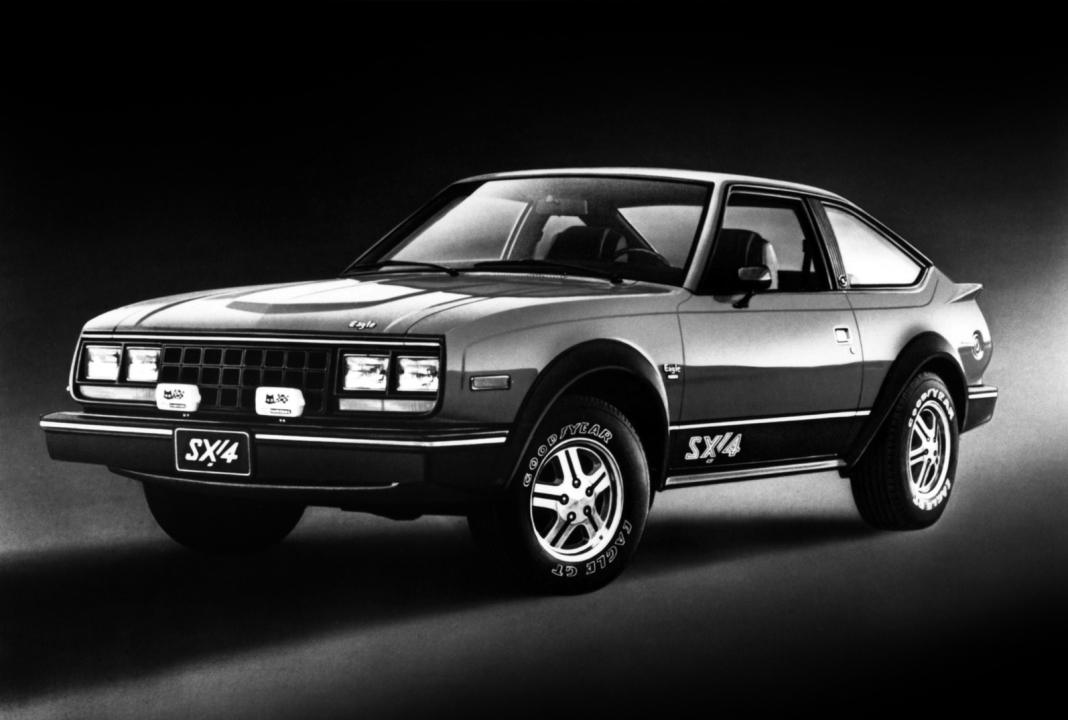 With a wide range of body styles adapted to the 4×4 drive train including even saloon car and convertible versions, the pick of the crop were the Concord based estate and the Spirit based SX4 models, the former of which provided the space and functionality of the five-door body shape associated with SUVs, while the latter was the more sporting and agile version. With rugged all-wheel drive and construction, in addition to light weight in comparison with modern vehicles, both contemporary and current assessments of the Eagle range’s off-road capability have held it in high regard. And while it has largely been a forgotten 1980s vehicle, the Eagle is coming back into vogue in some quarters more as a functional, affordable and durable day-to-day vehicle rather than a pampered collectible. 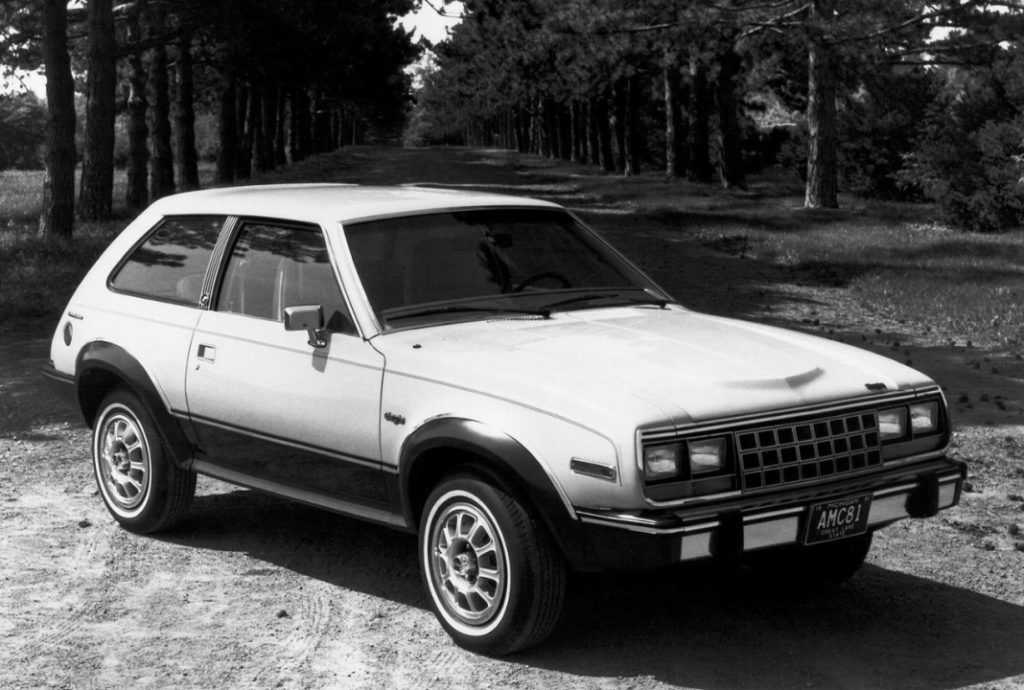 Launched in 1979 as a 1980 model, the Eagle initially featured a 4.2 liter in-line 6-cylinder engine and three-speed automatic transmission coupled with full-time transfer case 4WD with viscous fluid coupling to help reduce stress on the suspension and  drivetrain, in addition to a unique front driveshaft design that permitted the use of independent front suspension. By 1981 the 4.2-liter became an option and a 2.5-liter 4-cylinder was offered as standard, with the smaller Kammback and SX4 models also joining the line-up with standard 4-speed manual transmission. By mid-year the permanent 4WD was modified so that it could now be switched from all-wheel-drive and rear-wheel-drive, but only when the car was stationary. 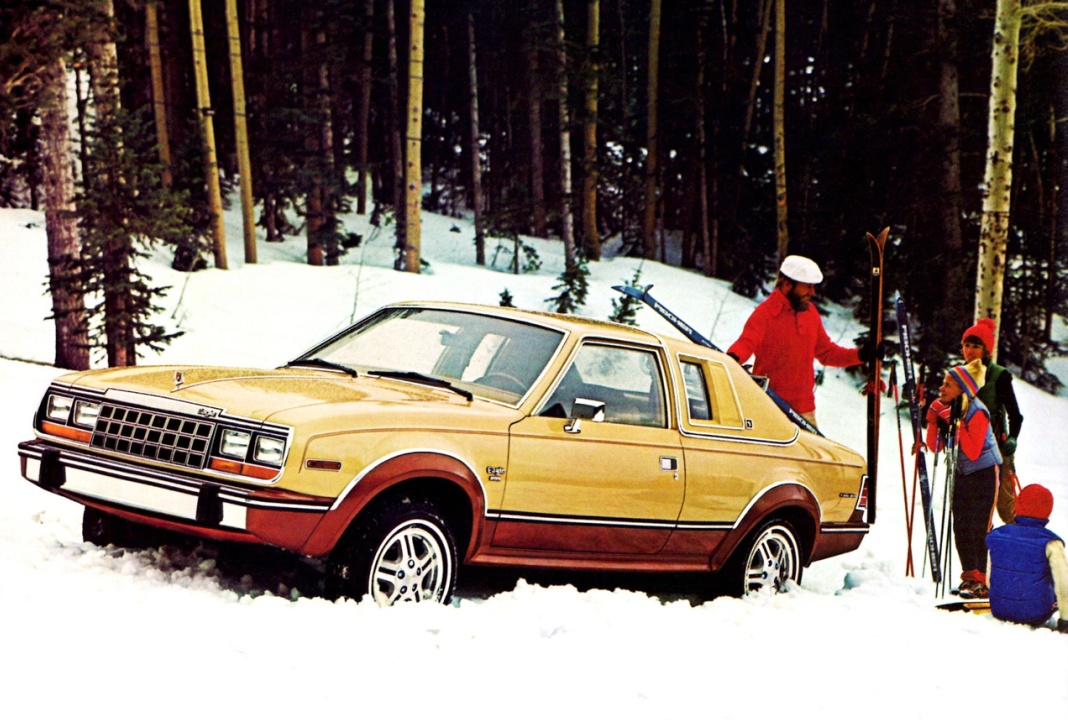 By 1982 5-speed manual transmission was introduced, the automatic was revised and Select-Drive became standard across the board, but by 1983, the slower selling coupe and Kammback were dropped from the line, in a bid to cut production costs, while the GM sourced 2.5 engine was replaced with an AMC 2.5 design. If 1984 was a setback with the cancellation of the excellent SX4, 1985 was a more modernizing year with the 5-speed manual becoming standard equipment and the 4WD Select Drive being up-graded for “shift-on-the-fly” ability. In 1987 the Chrysler corporation took over AMC and the-4.2 liter engine became the only unit offered, and by its last year of sale, the AMC Eagle was renamed the Eagle Wagon and sold in joint Jeep Eagle dealerships across the US. 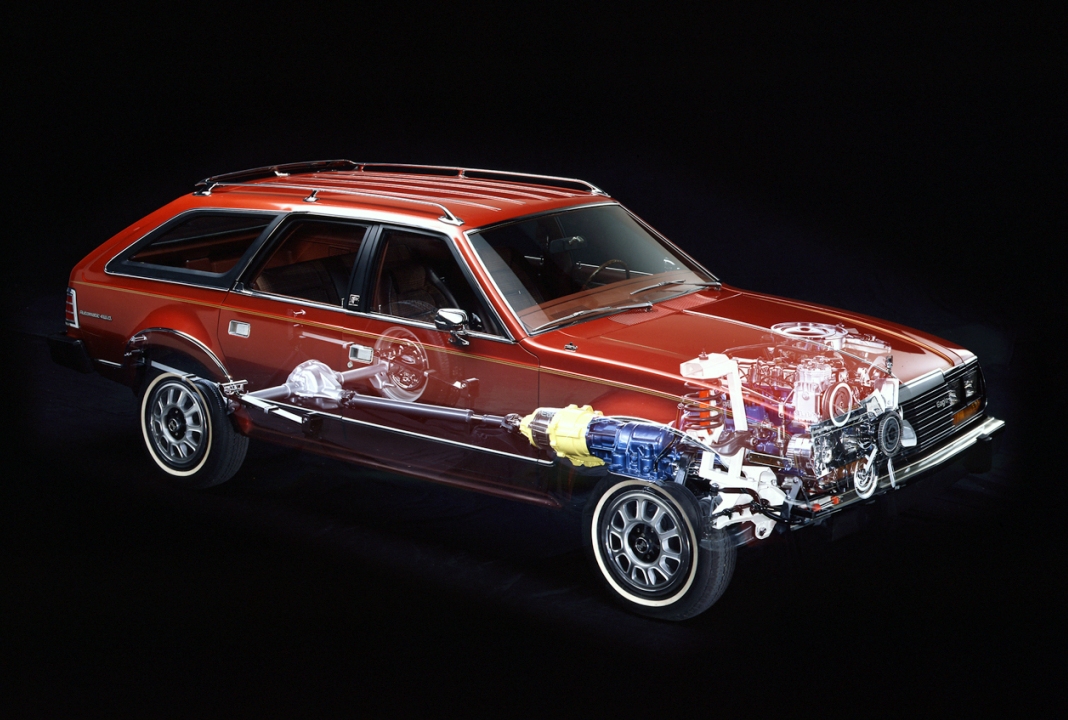 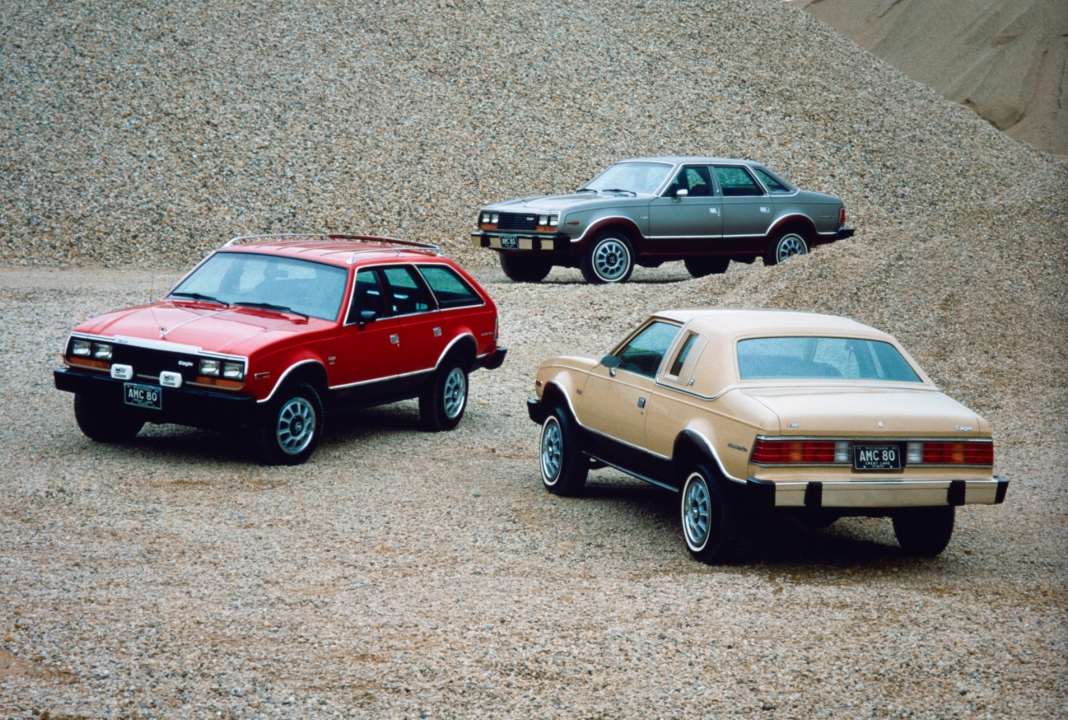