The latest crossover nameplate added to Opel’s traditionally SUV-light line-up, the Grandland X first launched back in late 2017, as the lately somewhat low key German brand tentatively began expanding more into the ever more popular crossover SUV automotive segment. Effectively succeeding the Frontera and Antara – respectively based on previous Isuzu MU and Chevrolet Equinox models – during Opel’s General Motors era, the Grandland X is similarly based on an imported platform, courtesy of Peugeot and the PSA Group, which after recent acquisitions, is now known as Stallantis.

The largest of Opel’s current three crossover models, the Grandland X is a compact crossover competing in the same segment as its Peugeot 3008 cousin. And though based a crossover platform of French provenance – given Opel’s traditional car-focused portfolio and engineering – the Grandland X is however imbued with a distinctly Opel sense of driving character and cabin ambiance. Similarly, its design cues have a more conservative Germanic sensibility with the use of more straight-cut lines and understated un-flamboyant motifs, in contrast to the 3008’s more expressive stylizations.

A handsome and understated crossover interpretation of contemporary Opel design cues, the Grandland X has an upright fascia with slim, squinting and swept back headlights flanking its hexagonal grille and set deep under a clamshell bonnet. In addition to three sharp crease lines atop its bonnet, the Grandland X’s flanks feature a swooshing tick-like motif created from by its forward jutting D-pillar and strong side crease. Meanwhile prominent concave side grooves accentuates the Grandland’s lower black-clad sills, which in turn are complemented by its blacked out glasshouse pillars. 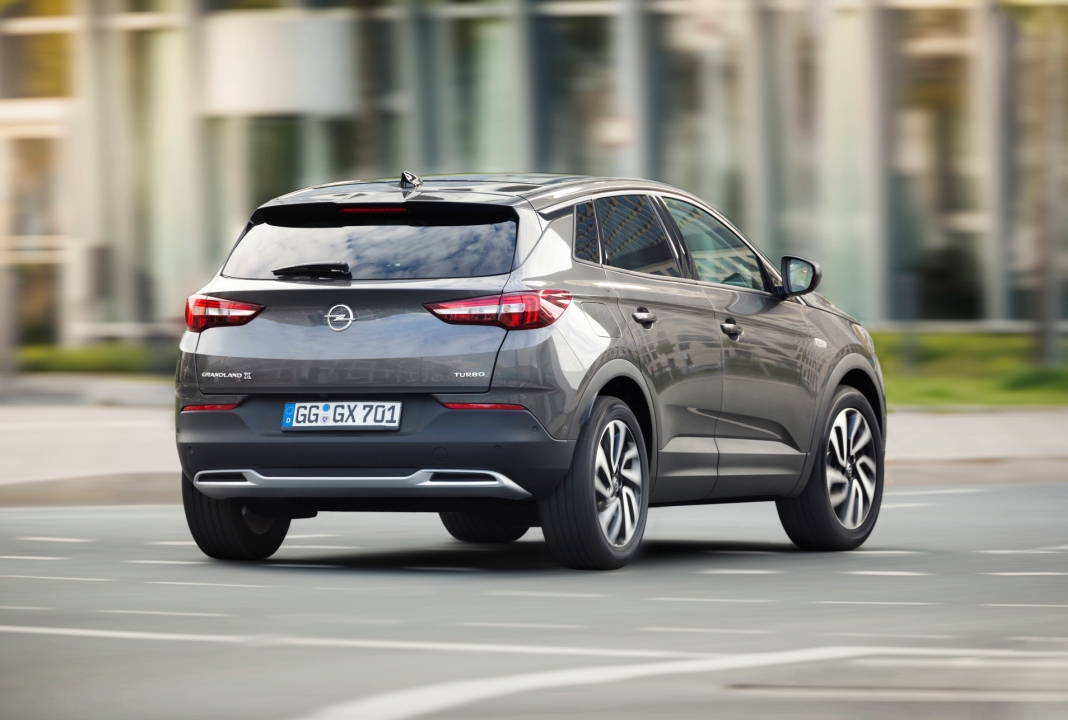 Sitting under its muscular bonnet, the Grandland X’s turbocharged direct injection 1.6-litre four-cylinder engine powers the front wheels through a slick-shifting and responsive 6-speed automatic gearbox, as driven and available in Jordan. Offered elsewhere with other engine options including a more powerful 1.6-litre, new 8-speed automatic gearbox, and optional front-biased four-wheel-drive, the Grandland X 1.6T is however served perfectly well with front-wheel-drive, which imbues it a perky, playful and almost hatchback-like driving character and keeps weight and fuel consumption comparatively low at around 1.4-tonnes and 7l/100km on the combined cycle, respectively.

Developing 163BHP at 5,500-6,000rpm and 177lb throughout a broad 1,400-5,000rpm band, the Grandland X’s is responsive from idling, with quick-spooling turbo and a generously rich mid-range torque plateau for confident overtaking. Subtly muscular yet willing to its top-end, the Grandland X is however best when riding its ample mid-range torque sweet spot, where it is refined, flexible and efficient. Gently tugging the steering wheel when launching with a heavy foot on the throttle, the Grandland X is comparatively quick through 0-100km/h in 9.4-seconds, and can attain a 201km/h top speed.

Confident, stable and with a buttoned down ride quality typical of many German cars, despite its French roots, the Grandland X’s is certainly set-up for a typical Opel feel. Settled on the road and in vertical movement and on rebound, the Grandland X can however feel slightly on the firm side over sudden ruts, bumps and cracks in the road, as driven with low profile 225/55R18 tyres. With a good directional stability, the Grandland X seems a good prospect for long distance cruising despite a somewhat short test drive available. 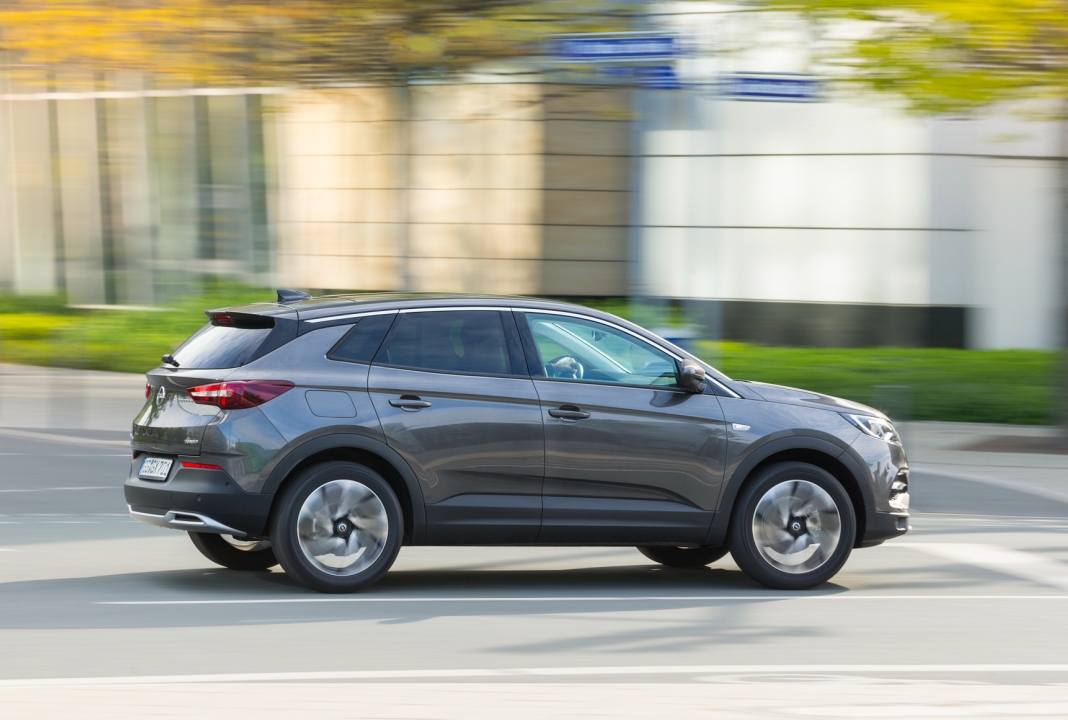 Stable from sudden unintended inputs on the straight ahead, the Grandland X’s steering is however direct, quick and accurate, if somewhat clinical rather than layered with textured feel and nuance. Turning tidily and gripping taut into corners, the Grandland X proved surprisingly nimble and agile for a moderately high riding crossover. Eager into and through corners, its rear follows through just as willingly and seems like it would be quite adjustable and eager should the occasion arise. That said, the Grandland X feel committed through corners, while body lean was well controlled.

Alert and eager changing direction, the Grandland X drives with much of the maneuverability of a family hatchback, and without the added weight, complexity, cost or altering road-holding dynamics of a part-time four-wheel-drive system. Instead, it drives with fluency, predictability and consistency through corners. Inside, its cabin is quiet, refined and well-insulated from noise, harshness and vibrations. Meanwhile, fit and finish seems sturdy and precise, and materials are of good quality with plenty of soft textures. Classy and business-like – if again, slightly clinical – the Grandland X has a distinctly conservative, yet up-market ambiance inside

Well-spaced, the Grandland X well accommodates taller drivers in front and better than many rivals in the rear. Its driving position is well-adjustable with a chunky steering wheel and user-friendly controls and infotainment system falling easily to hand. Visibility is mostly good and aided by reversing camera and sensors. Luggage room is flat and accommodates an under-floor spare tyre, with generous 514-litre volume expanding to 1,652-litre. Reasonably well-equipped – but with only one USB outlet – the Grandland X is competitively priced, at discount for 2020 model year versions, as driven in recent weeks. 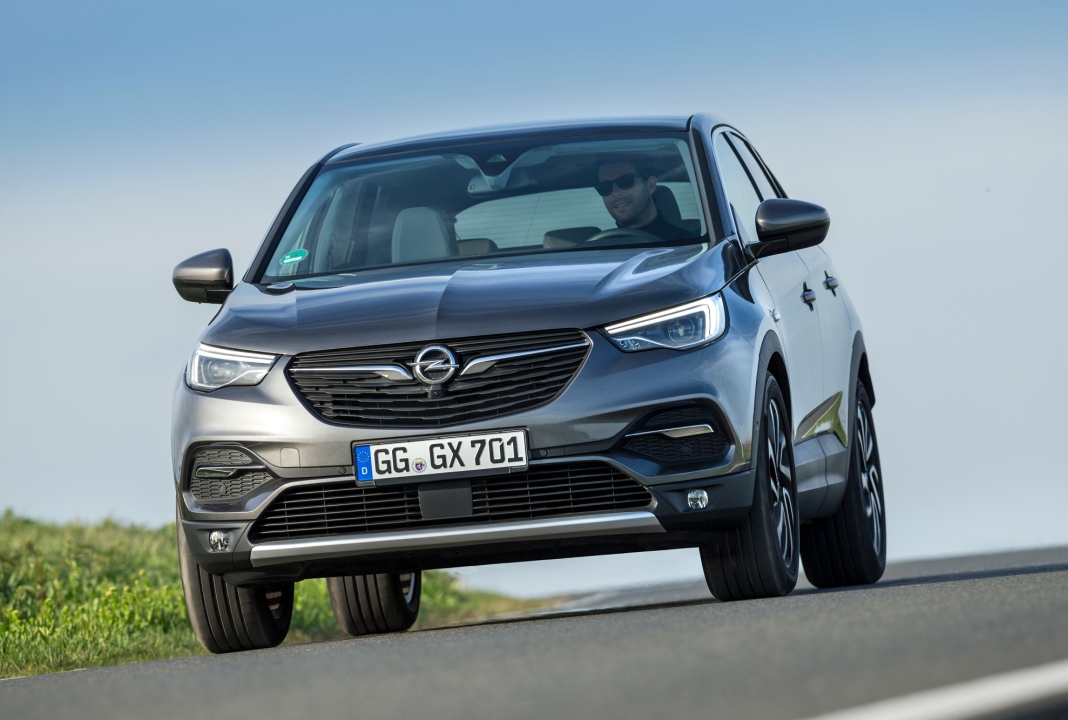 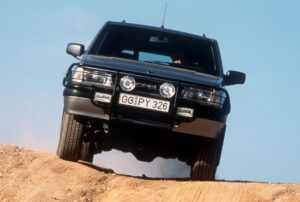 Opel’s first gambit in the then nascent European SUV market the Opel Frontera first hit showrooms in 1991. Essentially a badge-engineering Isuzu MU, the Frontera was a tough body-on-chassis SUV with rugged torsion front and live axle rear suspension. More authentically off-road capable than the domesticated crossovers that succeeded it, the Frontera featured longitudinal 4WD architecture and a low-speed transfer case for demanding conditions.

Volkswagen Golf GTI On The Go To The Middle East